Featuring a comfortable design and a fantastic sensor, the Canon EOS R6 is a camera photographers will want to check out.

Even though our phones are featuring better and better cameras all the time, you can’t really beat the real thing. Depending on the phone camera you have, it can get pretty close to the quality and capability of a properly large camera, but there are things about bigger cameras that the mobile can’t yet recreate.

These days, big cameras tend to feature some of the biggest sensors you’ve ever been able to find, as the mirrorless features a full-frame sensor. That is to say, some may feature a sensor sized to be just like a frame from a 35mm roll of film.

A bigger sensor means more light being captured, and subsequently more detail. It can mean better images all around, though you still need to know something about taking decent photos in the first place. You still might want to be a photographer.

In Canon’s latest mirrorless camera, the EOS R6, that focus is clear: a big sensor in a relatively sizeable camera, featuring enough versatility and control to keep anyone keen on taking pictures happy, plus a splash of video thrown in for good measure. 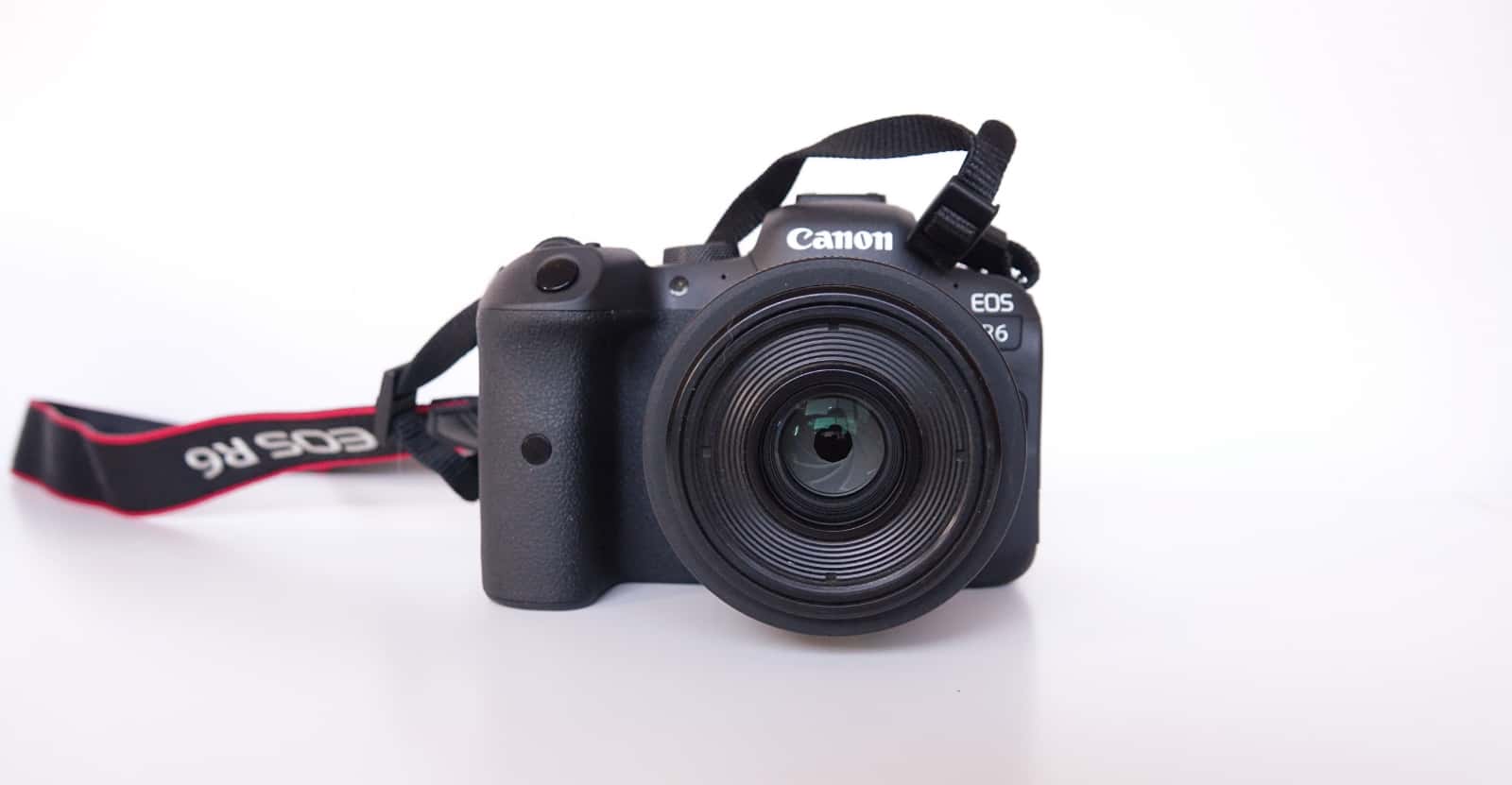 Featuring a 20 megapixel full-frame sensor with support for 4K video and a fairly versatile ISO range of 100 to 102400 (expandable slightly beyond that, even), Canon’s EOS R6 comes packing the features for folks who want a big sensor for photos and videos.

There’s both a 3.69 megapixel viewfinder and a 3 inch flip-out various-angle touchscreen, plus controls in all the right places, something Canon doesn’t always get right. Scroll wheels and a joystick controller, touch control on the screen, and focus lock using eyes and animals, as well as spot and zone focus, too. 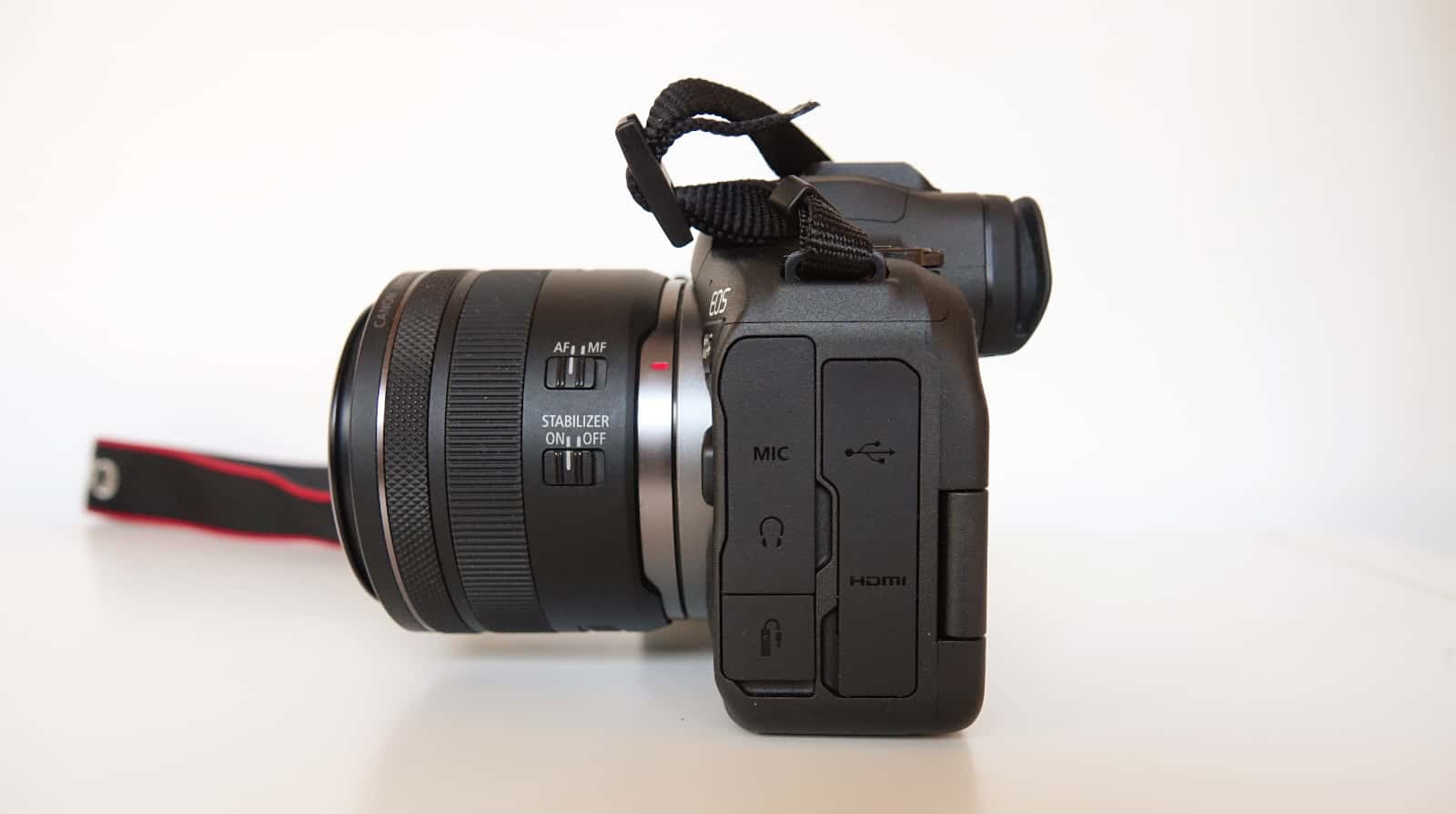 Canon has more going on under the hood of the R6, with Dual Pixel CMOS autofocus covering a large amount of the view, four types of metering modes, in-camera image stabilisation (IS), support for high-speed capture with up to 20 frames per second using the electronic shutter and up to 12 frames per second using the mechanical one, not to mention WiFi, Bluetooth, and support for two SD cards on the side.

You’ll find a decent assortment of plug options on the left side, with USB, HDMI, microphone, and headphone, making it a little more feature packed than a standard compact you might be upgrading from.

And it supports Canon lenses found on its R-mount, the company’s mirrorless format that can be found on specific lenses or converted over using a converter ring.

All that’s left now is to start using the camera, and seeing how the R6 performs. 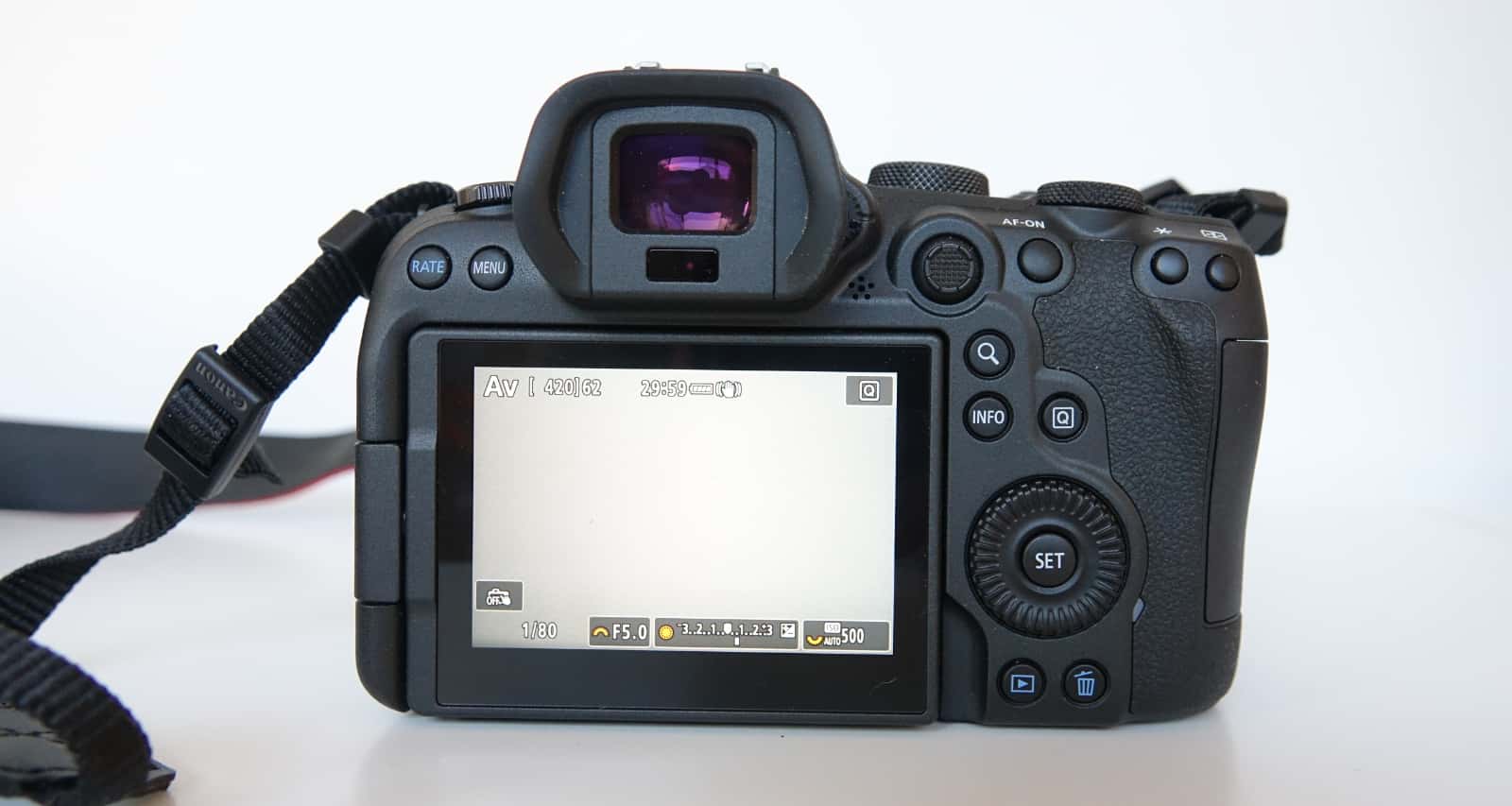 We’ll start with the usability of the camera, because it’s an area that doesn’t always work the charm you might be expecting.

Every camera seems to be difference, and with the Canon EOS R6, that’s also true. Typically, we’ve seen camera ergonomics change on every model, though Canon seems to be more consistent in the shifts we’ve seen over the years. Yet in the EOS R6, the company has struck a balance: comfortable and usable.

Hold the camera like a camera, and you’ll find most of what you need is within reach, with dials seemingly in the right place and near your thumb and fingers on the right hand, while the camera is stable on the left.

The combination of the jog wheel at the back, dials at the front and back, and controllers mostly sitting on the right side, while the left holds the brunt of the weight does well for Canon here, and while it’s not necessarily indicative of experienced we’ve had with the brand’s cameras in the past decade, it’s welcome all the same. The EOS R6 is a comfortable camera to use, and doesn’t take long for it to feel like an extension of your body. 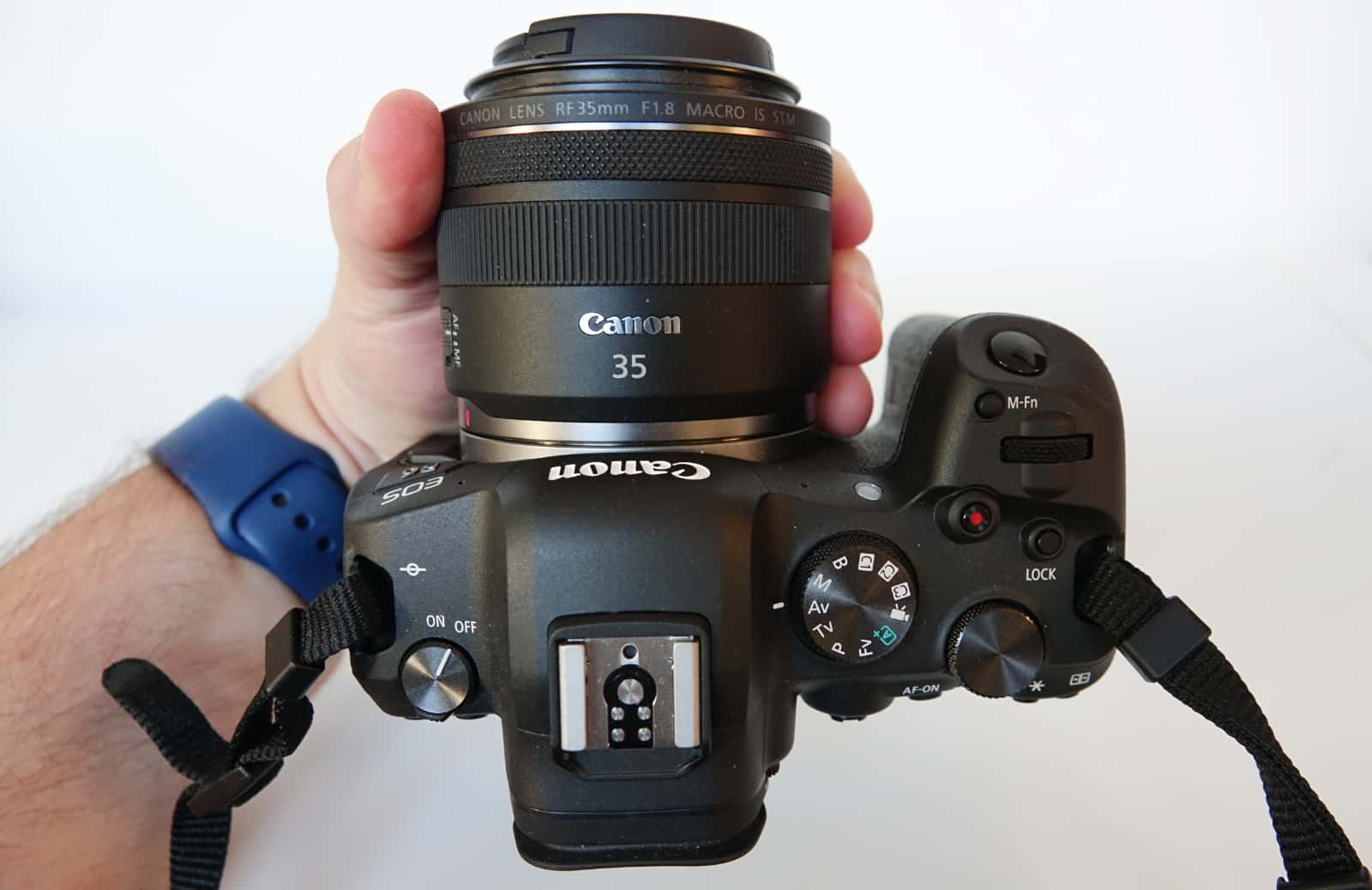 Once you’ve become all too familiar with how the camera feels, it’s clearly time to put it to the test, and for the most part, it’s a strong result.

The 20 megapixel CMOS sensor found inside the EOS R6 works a treat for most images, providing versatility from day to night, offering an ISO range that pushes into the depths of low light at 102,400 and 204,800 (if you need to go there), while most of the time, the camera just fares well in general.

Equipped with a bevy of test lenses, we found our time was spent capturing the minutiae of flowers and children, and maybe even the children of flowers, flipping out the vari-angle touchscreen to allow us to change our view and get closer, all while the camera did its thing.

In daylight, the camera captured clear shots whether in JPEG or RAW, though the autofocus could sometimes be a little trigger happy and unreliable, but typically the R6 handled itself admirably.

In low light, the R6 is also solid, as well, achieving focus with minimal problems and bringing in a good amount of light to let you capture the light that your eye can’t see for a better image overall.

It’s likely helped in part by the image stabilisation found in the body, providing several stops of stability and control provided it’s matched with a lens.

Up close in the extreme low-light sensitivities, there’s still a modicum of clarity worth talking about. Even though the granularity starts picking up and the noise becomes more obvious, as does some of the way colours pool together, the results are still very easily usable.

There are other things worth talking about, too.

For instance, we loved that Canon included a sensor cover just like it did with the original R-model Canon introduced a few years ago. It means the EOS R6 offers a protective covering for the sensor when the camera is off, making it ideal to change lenses without risking damage or dust to the sensor, a handy feature few cameras have to be sure.

Another handy feature won’t be useful for every photographer, but may be handy if you want a little more than stills.

Armed with 4K capture, the EOS R6 does a solid job in video, too, thanks in part to the imaging technology, but also those aforementioned ergonomics.

You can easily capture video on the camera, and while it doesn’t quite hit the staggering 8K capability of its sibling in the R5, the 6 handles itself well, too, delivering support for either TV-based 4K or the cinema-style which gives you a few more pixels to work with. 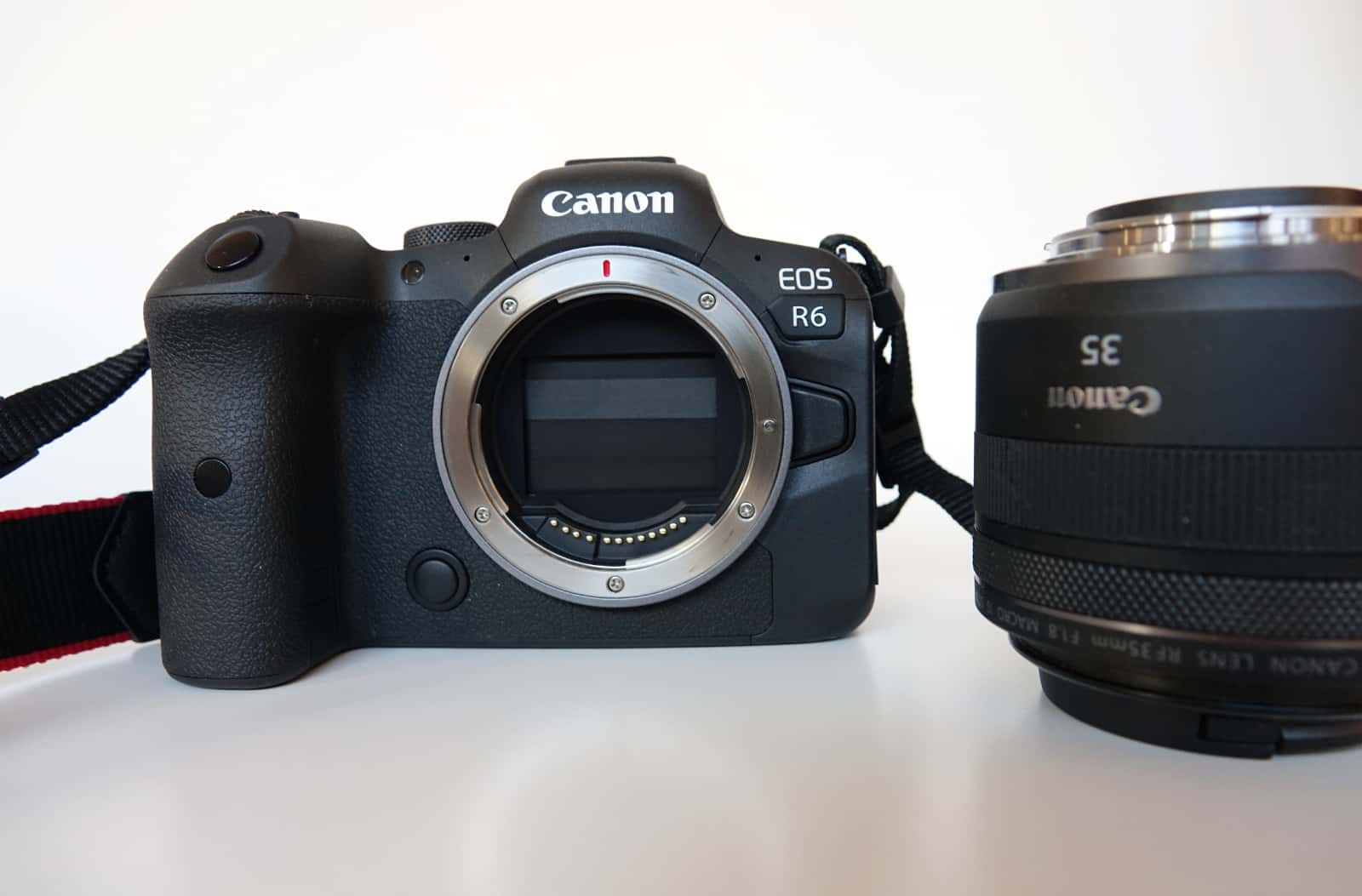 Battery life will feel a little lower for the video, though truth be told, we didn’t spend quite the same amount of time capturing there.

Over in the stills department, we found the result between 350 and 450 shots, though also found ourselves spending less time concerned about battery life, thanks in part to just how easy the camera was to charge.

Armed with a USB Type C port on the side of the camera means owners of recent computers can charge the R6 the same way they would their laptop.

In short, it means if you have a recent MacBook Pro or iPad Pro, you can use the same cable you’d normally use for your computer to charge your camera, lessening what you need to carry on a trip somewhat, and making things just that much easier all around. 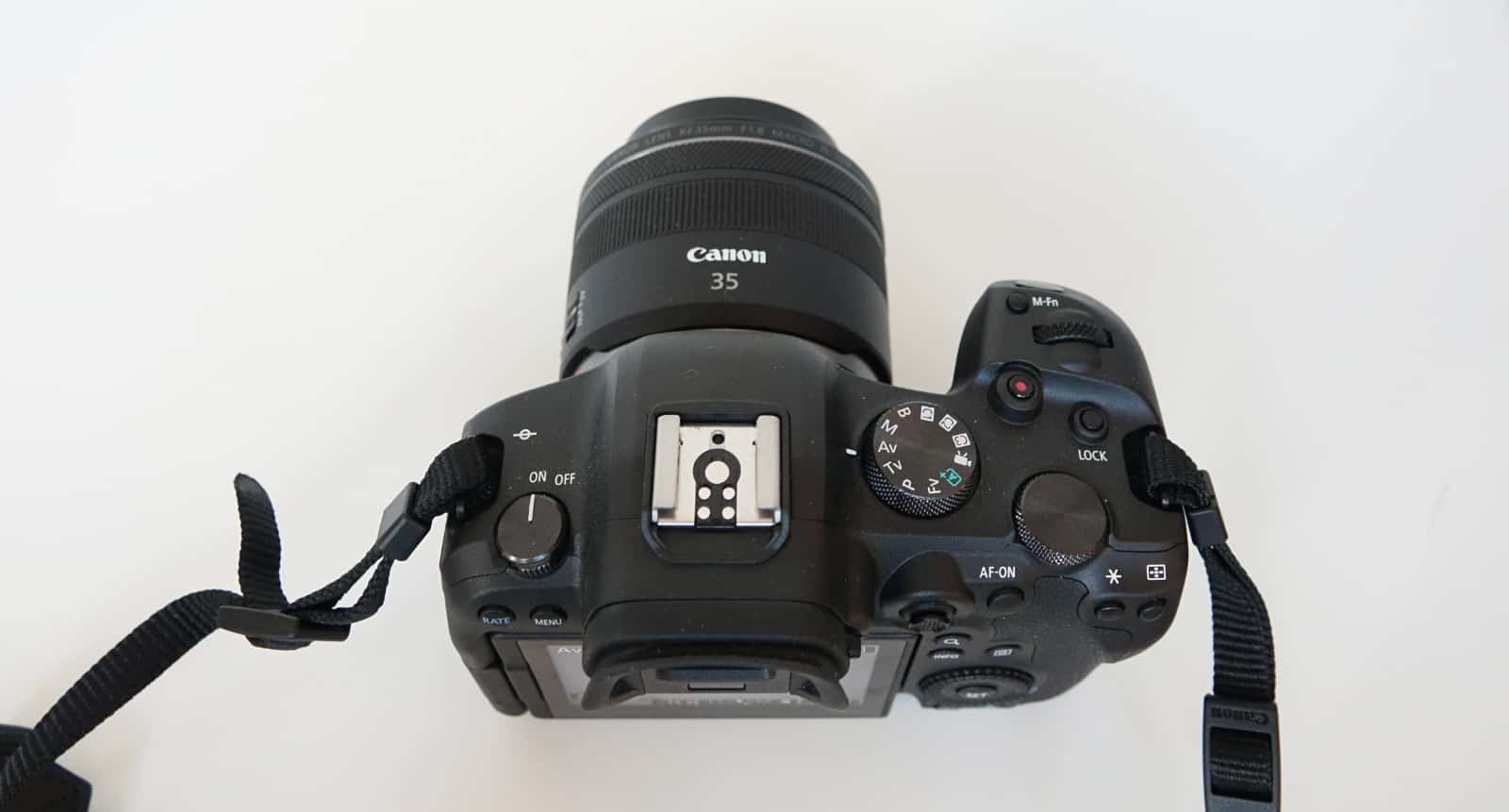 Coming in at a price of $4299, the EOS R6 doesn’t set benchmark pricing for what’s on offer, but does hit the nail on the head, delivering standard pricing for a 4K full-frame mirrorless.

You’ll still need to factor in the lenses, or maybe a converter for older Canon lenses to the newer R mirrorless mount, but this price range for this category is about as normal as they come.

In our time with the EOS R6, we found that Canon has built a surprisingly well rounded camera with plenty of features, but a large sensor was not one of them.

The 20 megapixel full-frame sensor of the EOS R6 can feel relatively low, especially in a world where almost everything outpaces it in terms of sheer megapixels. 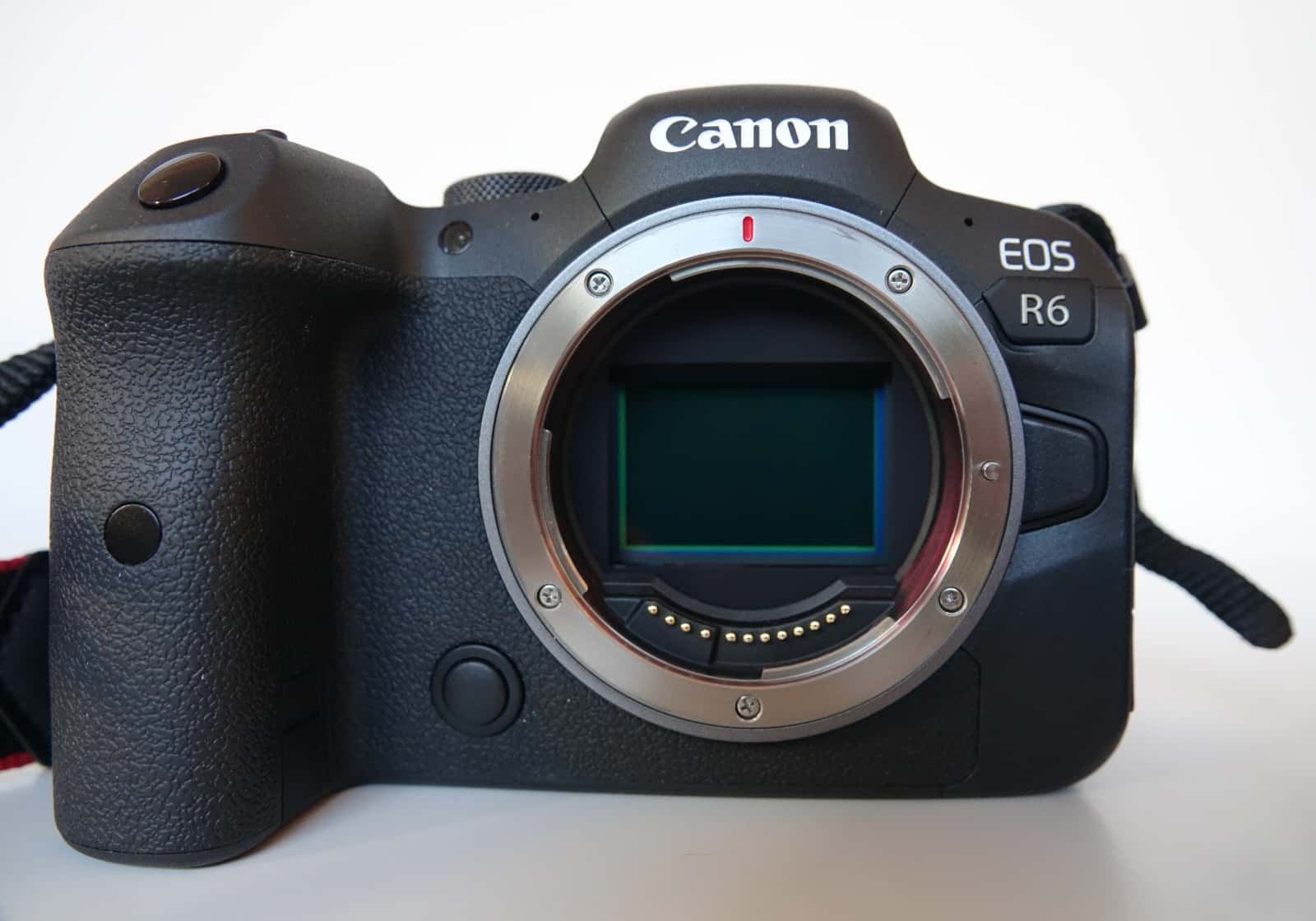 An extra four or five megapixels could improve the value of what’s on offer, or least feel like it’s more balanced overall. 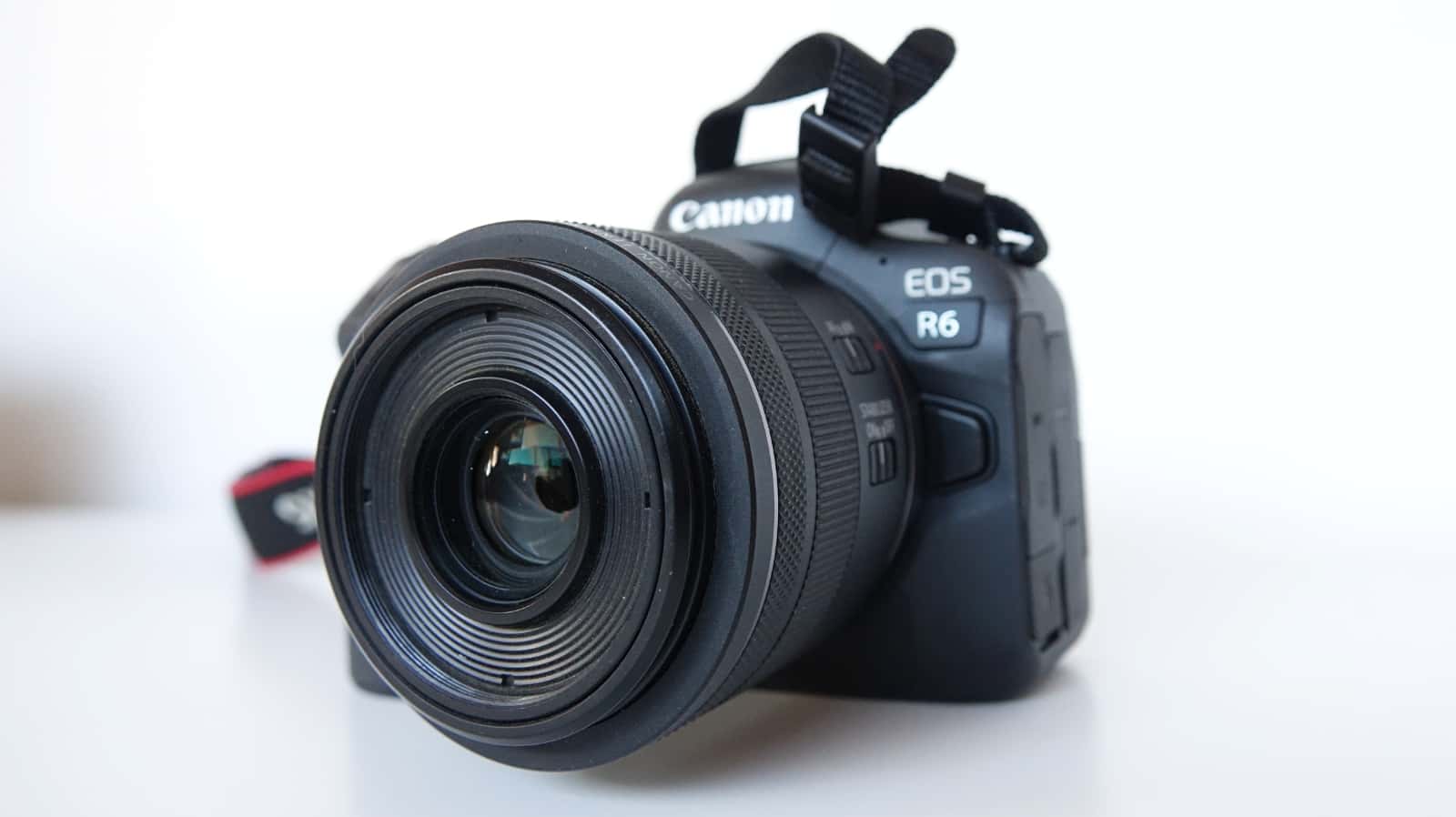 If you can get past the feeling that the sensor could be a little bigger, Canon’s R6 provides a full-frame camera worth playing with, ideal for anyone keen to make the next step in their craft.

For photographers with a standard mirror-box DSLR, the move may make sense, particularly if you have a bevy of full-frame lenses that are somewhat compatible, needing only a converter to get all the way there. And if you have a compact or a point and shoot, the jump gives you a more professional body to take your craft to the next level with, capturing sharp images day and night in a camera that feels great.

That’s ultimately what the EOS R6 is, too. This is a camera that feels great with terrific capability. If we weren’t so into one system that wasn’t compatible, we’d consider jumping over ourselves. Recommended. 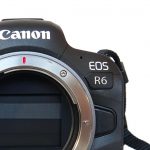 Canon EOS R6
Design
Features
Performance
Ease of use
Battery
Value
The good
Feels great in the hands
Full-frame sensor
Excellent quality
In-camera stabiliser
Flip out touchscreen LCD
Charges over Type C USB
Closes up over the sensor when powered off
Supports two SD card slots
Pairs with a phone over WiFi and Bluetooth
The not-so-good
Autofocus is sometimes hit and miss
Only 20 megapixels for the price
4.5