A choice of three high-end phones are on the way from Moto, as its 5G Edge phones splits into options for more price points.

The year of phones hasn’t been remarkably diverse and exciting, but there have been options from some of the new players, especially now that LG has removed itself from the market, and neither HTC nor Sony offer phones locally anymore. Even Huawei has largely tapered off, releasing a handful of mobiles, though these come without Android because that whole issue with America is still a thing.

That means buying a phone in Australia is likely going to lead you down a path of Apple, Samsung, and then one of the other players locally, such as Oppo, Realme, Nokia, and Motorola.

The latter of these has mostly been dabbling in the entry-level and mid-range space this year, with new G and E series devices earlier on, though little to talk about if you’re after something premium. There is, of course, the thin and foldable Razr, but we’ve not seen an update for this year yet, and let’s not even talk about the past when Motorola experimented with creativity in the Mods range. 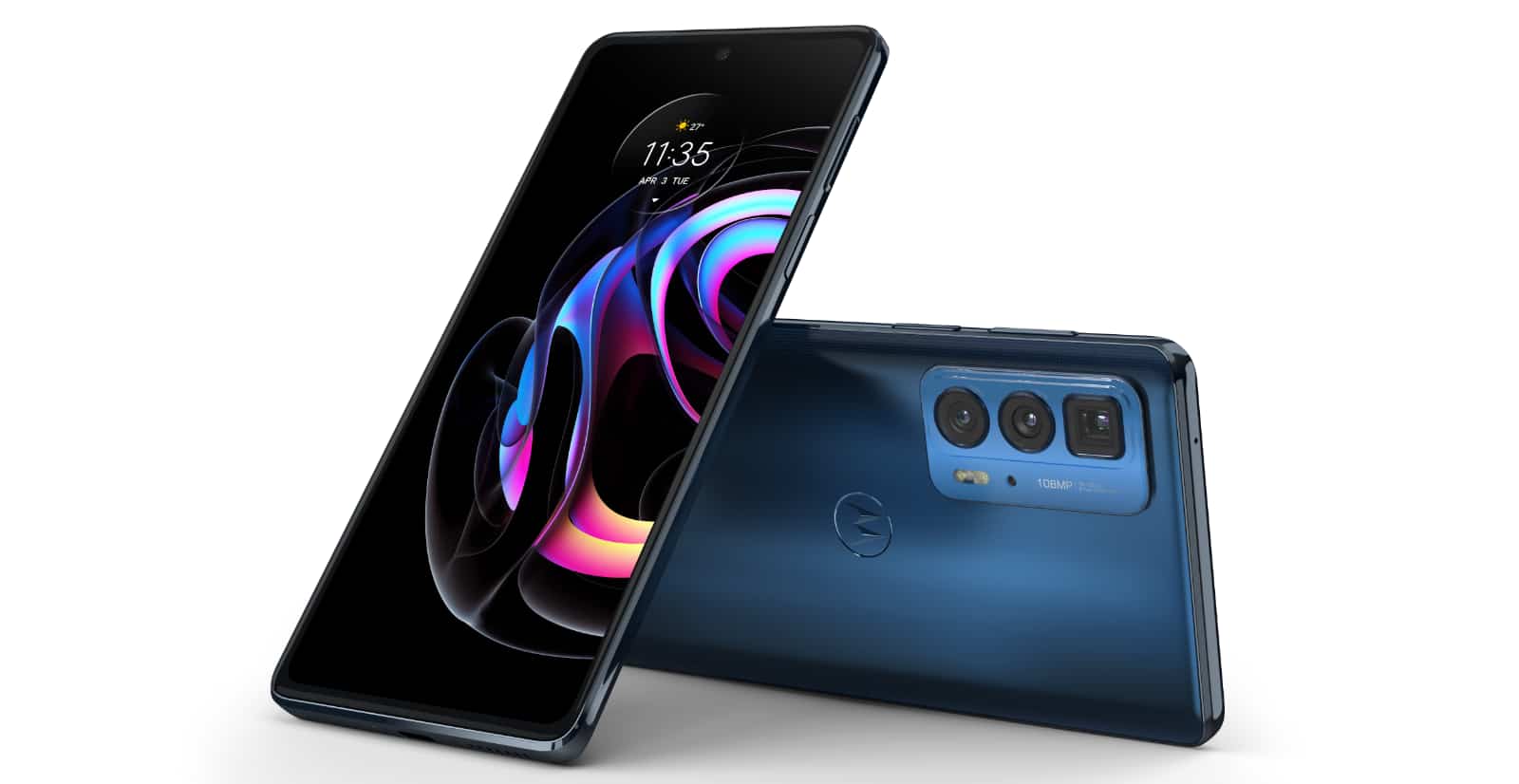 At the high-end, there’s the Motorola Edge 20 Pro (above), a phone sporting a Snapdragon 870 chip, plus a solid 12GB RAM and 256GB storage built in. That’ll take care of the storage and performance for Android 11, and then there’s some of the similarities the phones in the range share: screen, mobile speed, main camera, and water resistance rating.

For the screen, the Moto Edge 20 Pro sports a 6.7 inch OLED display with a 144Hz refresh rate, sporting the Full HD+ resolution of 2400×1080. Mobile speed is also 5G for this phone, as well as every other Moto Edge being announced.

Over in the camera, there’s a 108 megapixel F1.9 standard wide angle camera, with this shared throughout the range. It’ll be accompanied by two other cameras on each, but these change depending on the model. On the Moto Edge 20 Pro, you’ll find an 8 megapixel 5x telephoto F3.4, alongside an ultra-wide 16 megapixel set to F2.2.

At $899, it’s pretty clear Motorola is gearing the Moto Edge 20 Pro for folks looking for something similar to what Samsung offers in camera performance in the high-end, but at a less expensive price, and it’s not alone.

For two hundred less, Motorola will offer the standard Edge 20 (above), which keeps the same 6.7 inch 144Hz OLED screen, but cuts the chip to a Snapdragon 778G that is still very much 5G capable.

The camera will change a little, though, with that 108 megapixel sensor still very much a part, but accompanied instead by an 8 megapixel 3x telephoto F2.4, and then that same 16 megapixel ultra-wide.

For $699, the Motorola Edge 20 standard model seems like it might be build for folks looking at the Galaxy S21 and wondering why it costs so much.

Meanwhile, there’s a model that sits beneath them all.

For $499, Motorola’s Edge 20 Fusion is a little different, using a 6.7 inch OLED screen, but cutting the refresh rate back to 90Hz. This model will come with 6GB RAM, 128GB storage, support for a microSD card, and the also-5G-capable MediaTek Dimensity 5G-B+ chip. Not necessarily as meaty a chip as what’s in the other Edge models, but then again, you’re saving money.

There’s also a shift in camera technology, but that 108 megapixel sensor will stick around, leaving a bit of premium tech in what is ostensibly still a mid-range phone, sitting alongside an 8 megapixel ultra-wide F2.2 camera, plus a 2 megapixel F2.4 depth camera for portrait photos.

All up, it’s quite an assortment of phones, mostly geared at bringing 108 megapixels to the mid-range throughout a variety of price points.

“So much has changed in the world recently, so with the latest Motorola Edge family, it was important for us to bring consumers what they need most,” said Kurt Bonnici, Head of Motorola for Australia and New Zealand.

“Motorola has always worked to democratise cutting-edge technology to empower people in their daily lives,” he said.

“With this philosophy, these new devices go beyond the previous generation of edge in nearly every category to bring incredible new features at more accessible price points.”

Alongside the features and price points, Motorola looks set to include some other features, such as support to turn the Edge models into a webcam for PCs via a cable, while support for Windows should allow pictures and videos to be easily transferred to the desktop for editing and sharing.

Roughly next month looks to be the timeline for the range, though the least expensive of the bunch — the Edge 20 Fusion — will see release this week for $499 at electronics stores across the country, while the $699 Edge 20 and the $899 Edge 20 Pro will be from electronics stores in September.