5G may have launched last year in Australia, but it’s coming fast and strong in 2020, and that means more mobiles with 5G, including one from Moto.

Faster internet access is coming soon to a phone near you now that mobile makers are pushing 5G phones out. It’s not just a select few handsets that will get the new high-speed tech, as more manufacturers look to deliver the goods for people in Australia keen to take advantage of what local telcos are doing in the 5G space.

In fact, now that all three of the majors support 5G in some capacity, downloading at 5G’s gigabit speeds is becoming a reality for more Australians, they just need a phone that can achieve this.

While a 5G iPhone feels like it should be on the cards this year, there are plenty of 5G Android phones appearing, including at least one more in Australia this week.

This time, it’s Motorola taking the turn, offering its first 5G phone in the form of the Edge, a Moto phone also arriving with a first or two outside for Motorola beyond the mobile speeds. 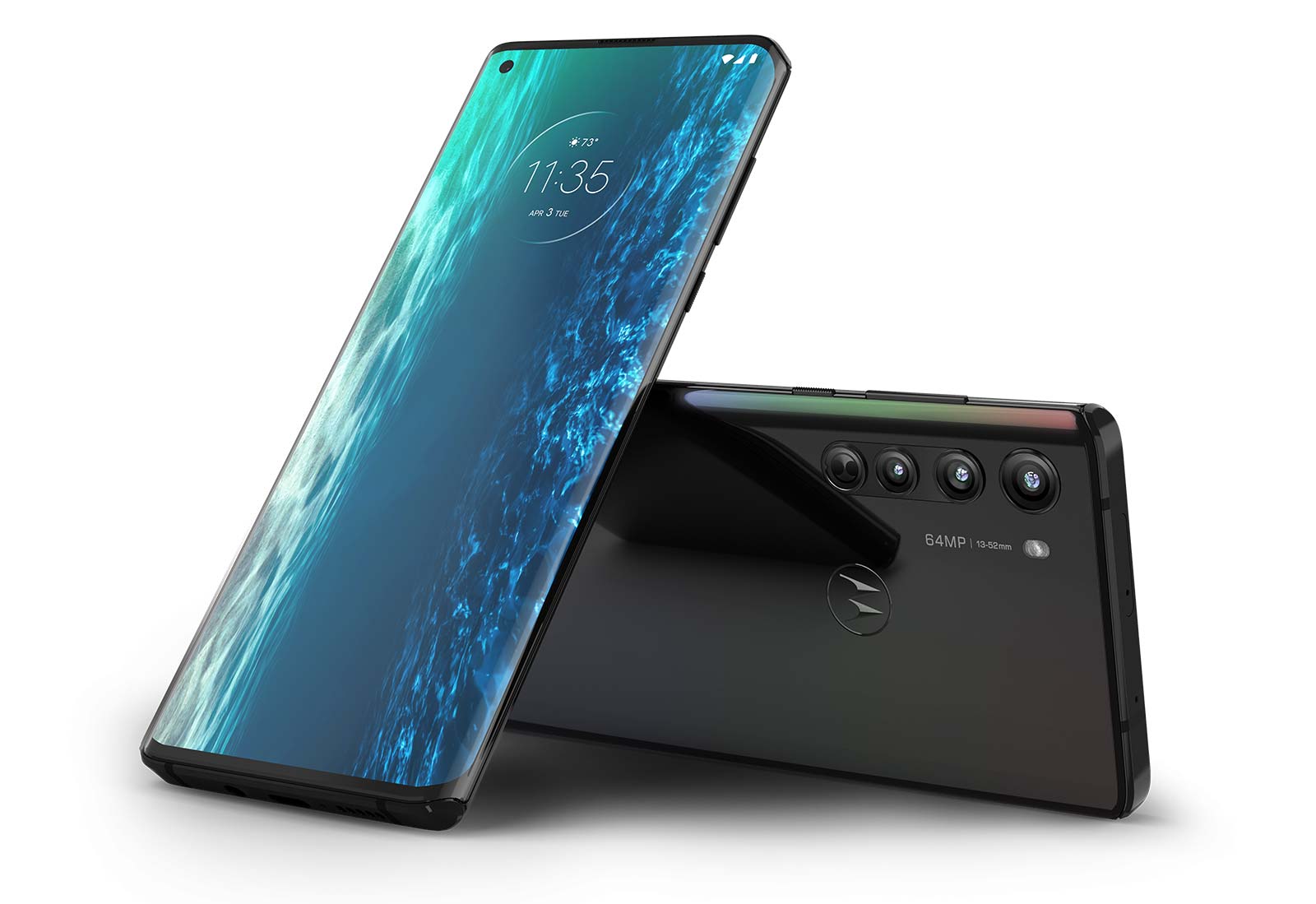 About the closest Motorola has gotten to a flagship in recent months, the Moto Edge is a long phone with a curved OLED screen, something we’ve not seen from Motorola prior, and essentially allows Motorola to compete with the big boys.

As such, the Moto Edge sports a 6.7 inch curved screen that Motorola calls an “Endless Edge” because it curves into where the hand will hold it, rather a lot like Samsung’s approach to curved screens, but in a phone that looks and feels longer overall.

Inside, it’s more of a mid-range sort of thing, with Qualcomm’s Snapdragon 765, 6GB RAM, and 128GB storage, with the sort of connections you’d expect were standard on a device like this: Bluetooth, WiFi 802.11ac, GPS, and NFC, though there is a 3.5mm headset jack, something that is largely missing in action with today’s phones.

On the back, there are cameras, with a 64 megapixel standard camera, 16 megapixel ultra-wide, 8 megapixel 2x telephoto, and a time of flight sensor for blurring the background of portrait shots, while the front sports a 25 megapixel camera. That may be enough for many, though the real focus is on the 5G, which is a big part of what makes the Edge a little edgy. 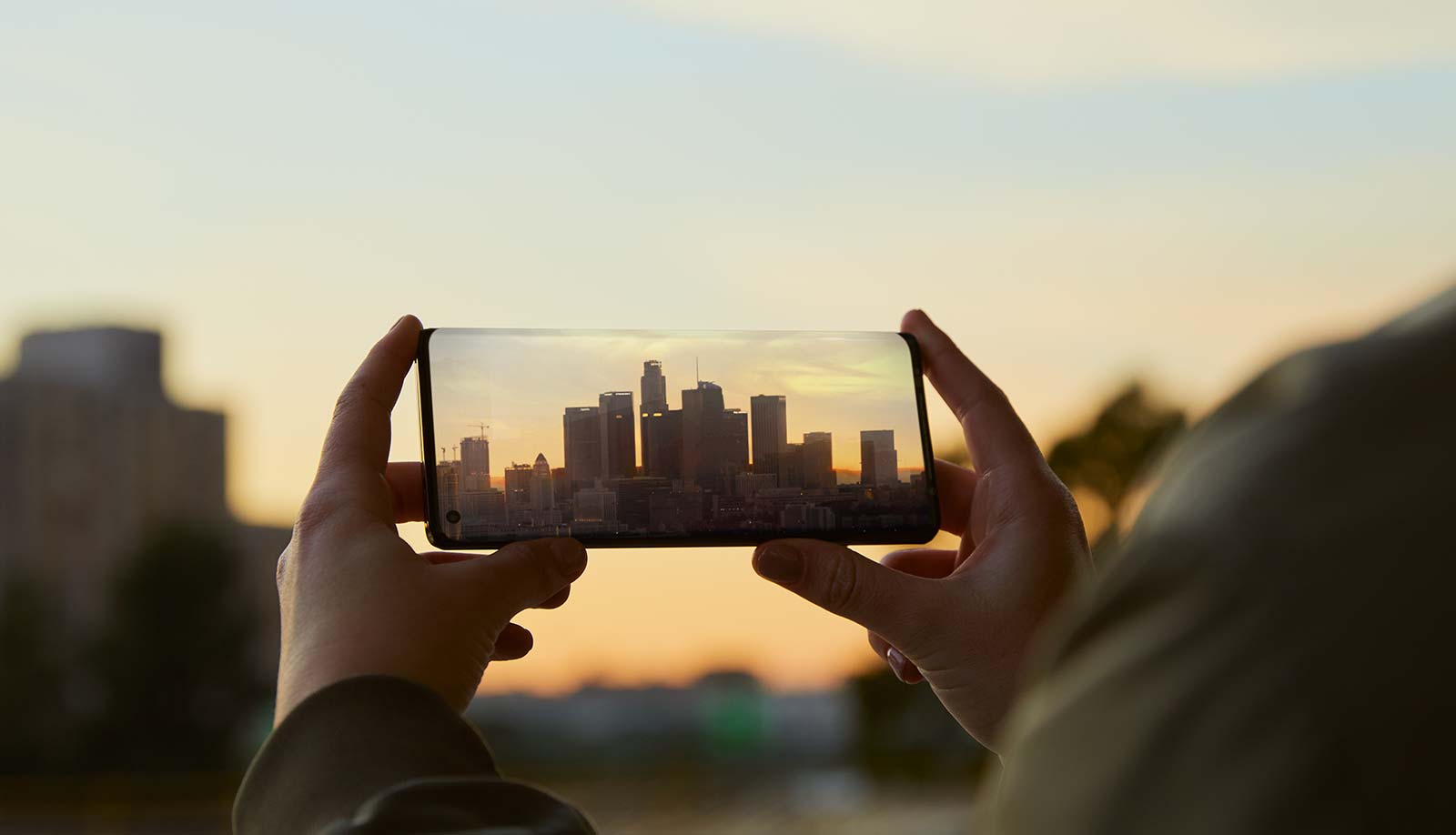 Motorola hasn’t dabbled in 5G phones in Australia previously, and this could bring 5G to more hands, though the phone is missing a couple of things just on specs. For instance, there’s no wireless charging, while the water resistance isn’t enough to really matter. It’s something Motorola’s local arm calls “whoopsie proof”, but that’s largely about it.

“[We’ve found] the bulk of devices need that whoopsie protection, which is why we’ve gone for that,” said Danny Adamopoulos, General Manager of Sales for Motorola in the Asia Pacific Region.

However outside of these omissions, Motorola’s Edge may end up being a force to be reckoned with, giving other 5G players such as Oppo something to compete against in that space below $1K, a part of the market that hasn’t yet really seen companies compete with gusto.

“Motorola’s strategy has always been to lead with innovation and deliver what matters most to consumers,” said Adamopoulos.

“With the Motorola Edge, we’re continuing our innovative legacy in the industry by bringing the fastest data speeds to a smartphone that pushes the limits of mobile engineering and nails every important feature with outstanding experiences,” he said.

The price may well be the thing that holds some people back, however, with Motorola setting the Edge at $999 locally, and only available outright. No telco has picked up the Edge locally, though keen customers will find it online from JB HiFi, The Good Guys, Officeworks, Mobileciti, and Motorola’s online store for that hair under a thousand very shortly.