Not going to the cinema anymore? You’re probably not at home, but if you miss the big picture experience, Hisense’s latest take on TVs gets that feeling back.

It’s not hard to guess why big TVs are expensive, but everyone has a different label for what constitutes “big”. Depending on the size of your living room, big might be the normality that is 55 and 65 inches, but if you have plenty of room, it might be even higher, with 75 to 85 inches and larger often defining a “large” TV these days.

But they go even bigger again.

While few people can really make a massive cinema experience at home — because you clearly need a huge room that goes beyond the typical design of what most homes offer — you can still bring a big experience home like that of a cinema with the right hardware.

Specifically, you need a big wall and a projector, followed by the hardware to deal with the sound and maybe some of the light.

Sound can be a complex beast, of course (you might want to look at a Dolby Atmos setup if you’re looking to emulate that cinema feeling), but the picture needs to be right, too. One quick way to make it happen, though, is to look at something called a laser TV. 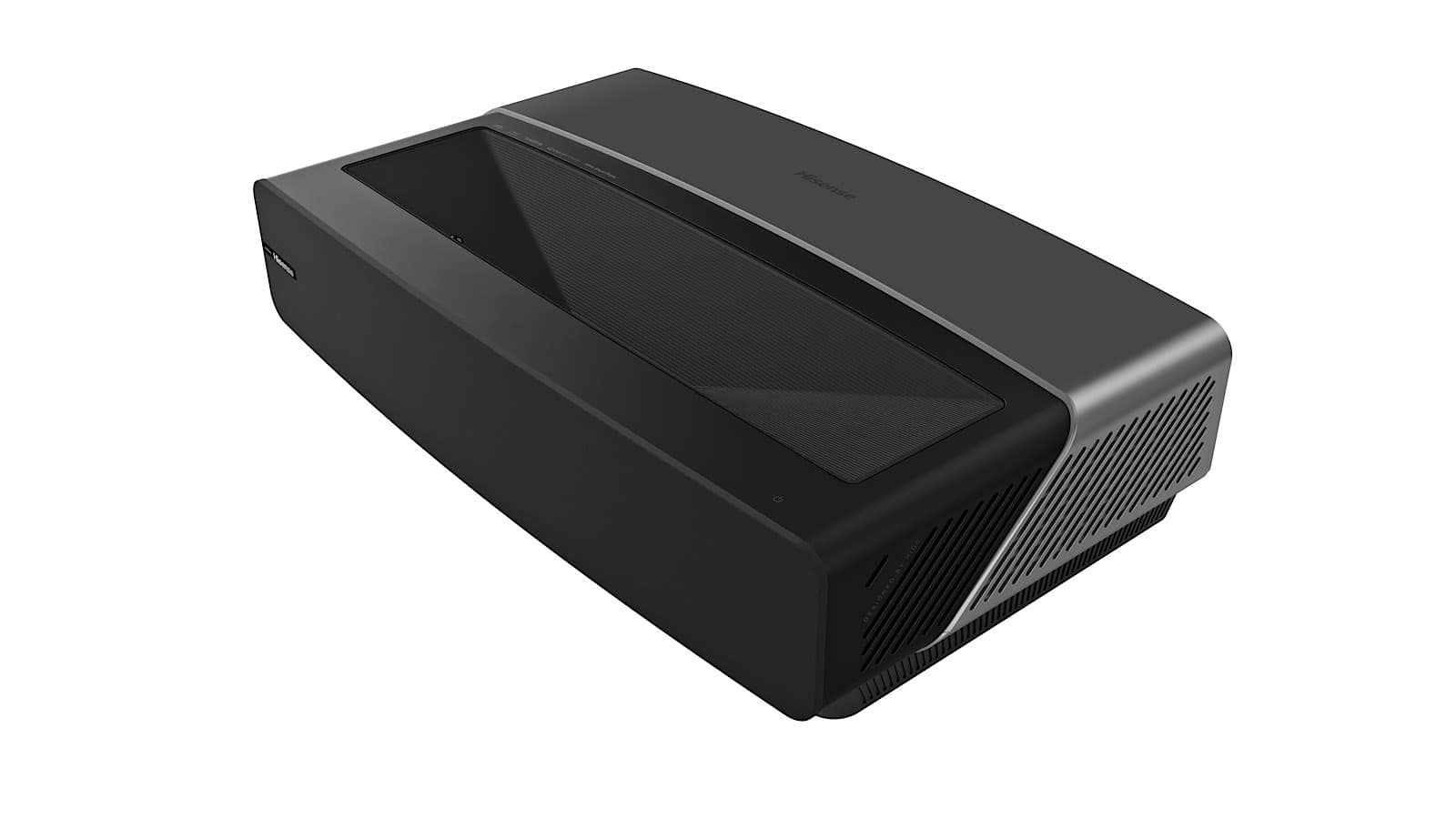 More like a projector than a TV, a laser TV is a special kind of projector that not only includes a TV antenna port, but also typically a short throw style of projection, allowing you to position the projector against a wall, rather than in the middle of the room, making the setup for the projector just that much easier.

Also unlike a standard LCD projector, laser projectors use a laser light source which can be much brighter and works in the daylight, meaning a totally dark room isn’t required for a laser TV, not like what might be needed for a typical projector.

It’s an area that has seen quite a few experiment in over the past few years, and with Epson recently joining the fray, alongside Samsung during IFA, Hisense is giving the category another stab.

This year at CES, Hisense showed off its “tri-chroma” concept which used three laser light sources for a each major light colour — red, green, and blue — but Australia isn’t receiving that yet.

While the company hasn’t quite said where the Trichroma model is coming, Hisense’s latest is a 4K laser projector with a much lower price than previous generations have seen. Only a few years ago, Hisense originally pitched the 4K laser TV at a $20K price, but this year, the 2020 take in the Hisense 100L5F Laser TV is under $10K, arriving in Australia for $6999 with a 100 inch screen. 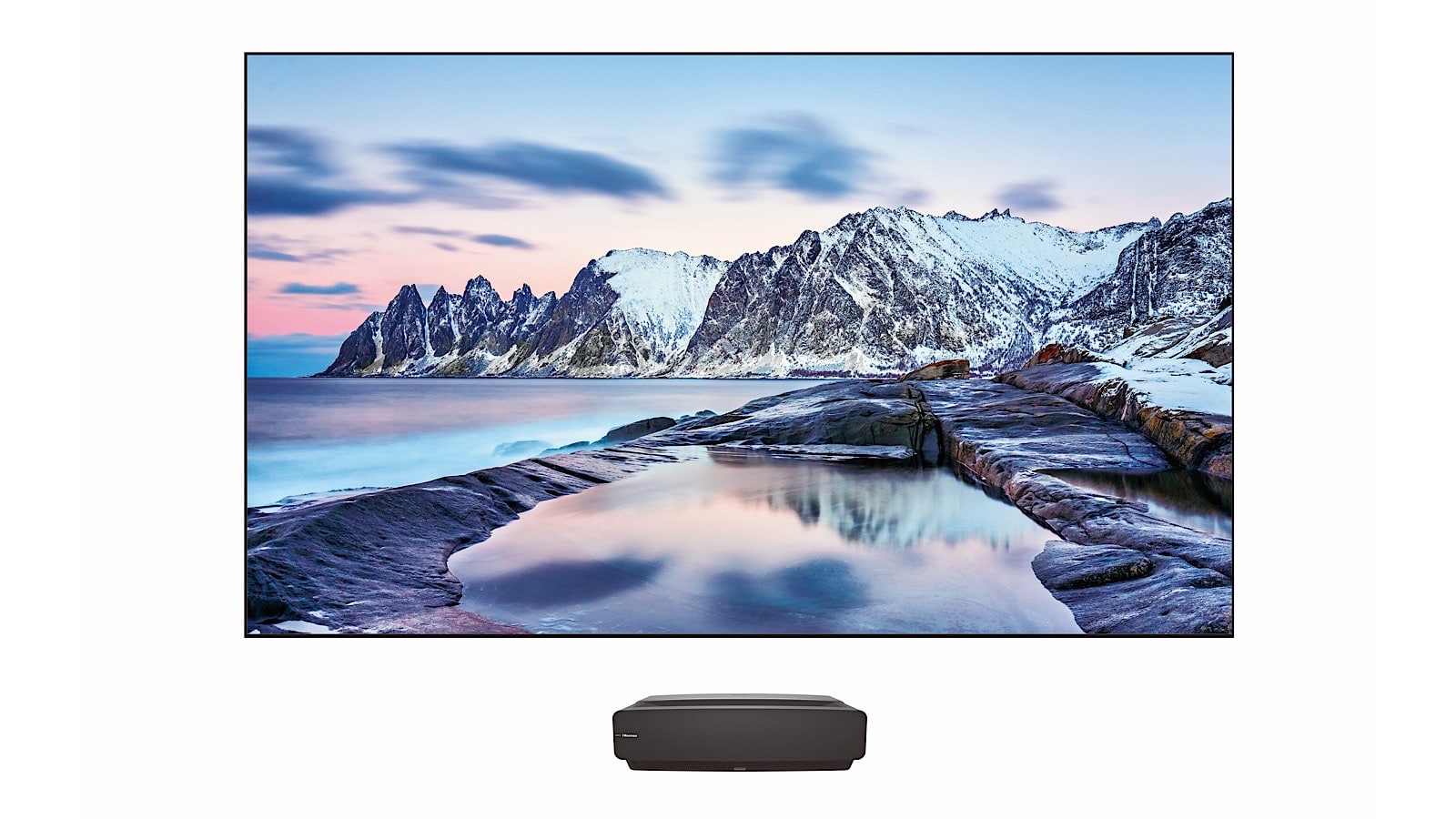 The 100L5F offers a table-top projector with an automatic correction function to help calibrate the angle for the screen, with the Hisense projector needing to be set as little as 29 centimetres from the wall. Inside the projector, Hisense is using its X-Fusion Laser Light Source for a bright picture, alongside Digital Light Processing (DLP) with support for HDR, too, not to mention some motion enhancing modes if you’re watching sports.

The projector also comes with something projectors aren’t known for: a smart TV interface.

That’s something projectors typically miss out on, and may require something like a Chromecast to give the projector a suite of apps to work with, but Hisense is using its VIDAA operating system seen on its TVs, complete with apps for Stan, Netflix, Amazon Prime Video, and even some of the local catch up services, as well. 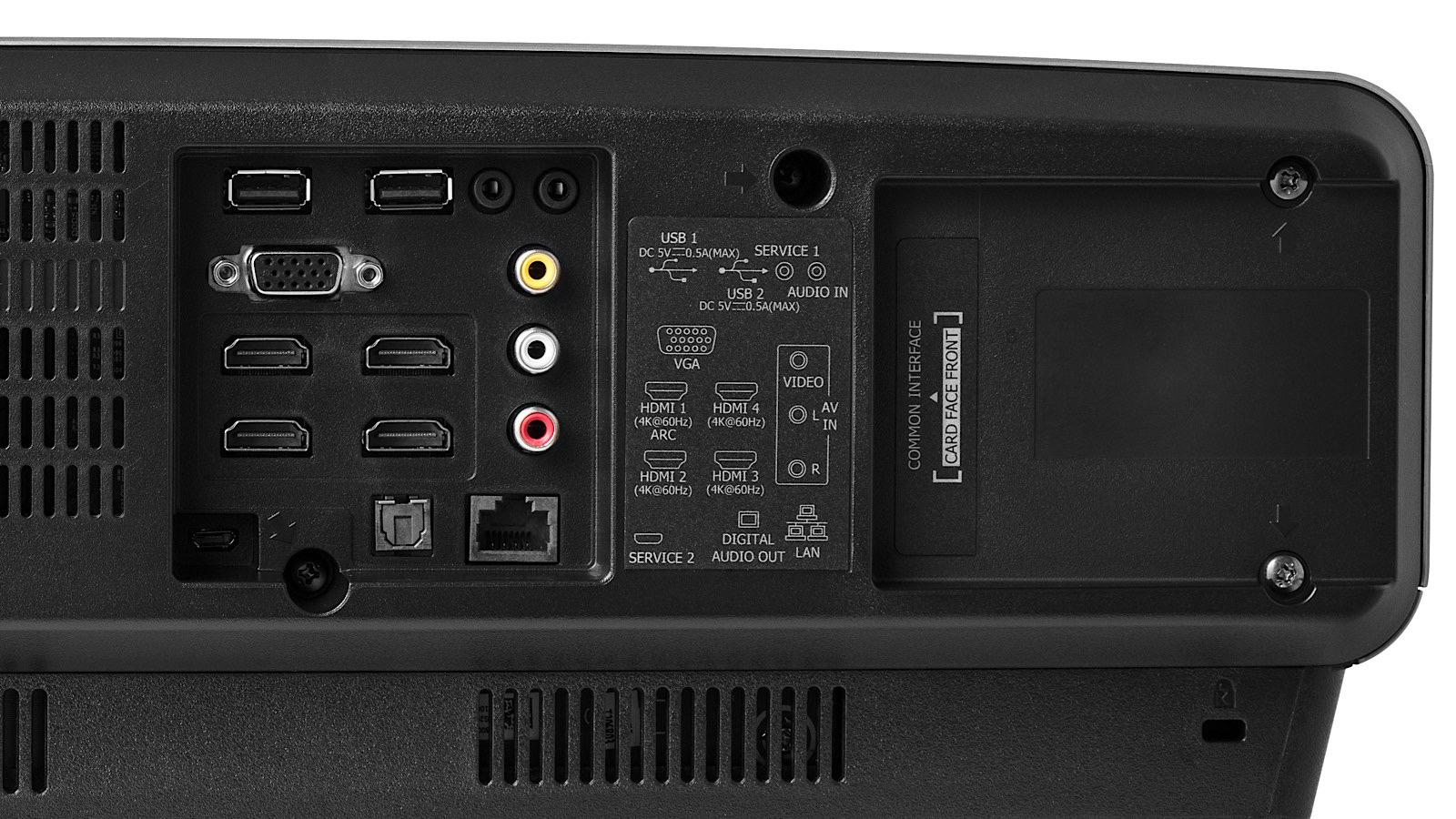 And like other projectors, it will come with HDMI ports aplenty, with four included here, including an Audio Return Channel HDMI (ARC), making it ideal for plugging into a soundbar, such as the Atmos-enabled Sonos Arc.

You’ll still need a reasonable amount of money to play, though, because at $6999, the Hisense 100L5F 4K Laser TV isn’t going to be for everyone. But at under $10K, it could just help bring the cinema home to more people, particularly if they have the space and aren’t going to the cinema anymore. 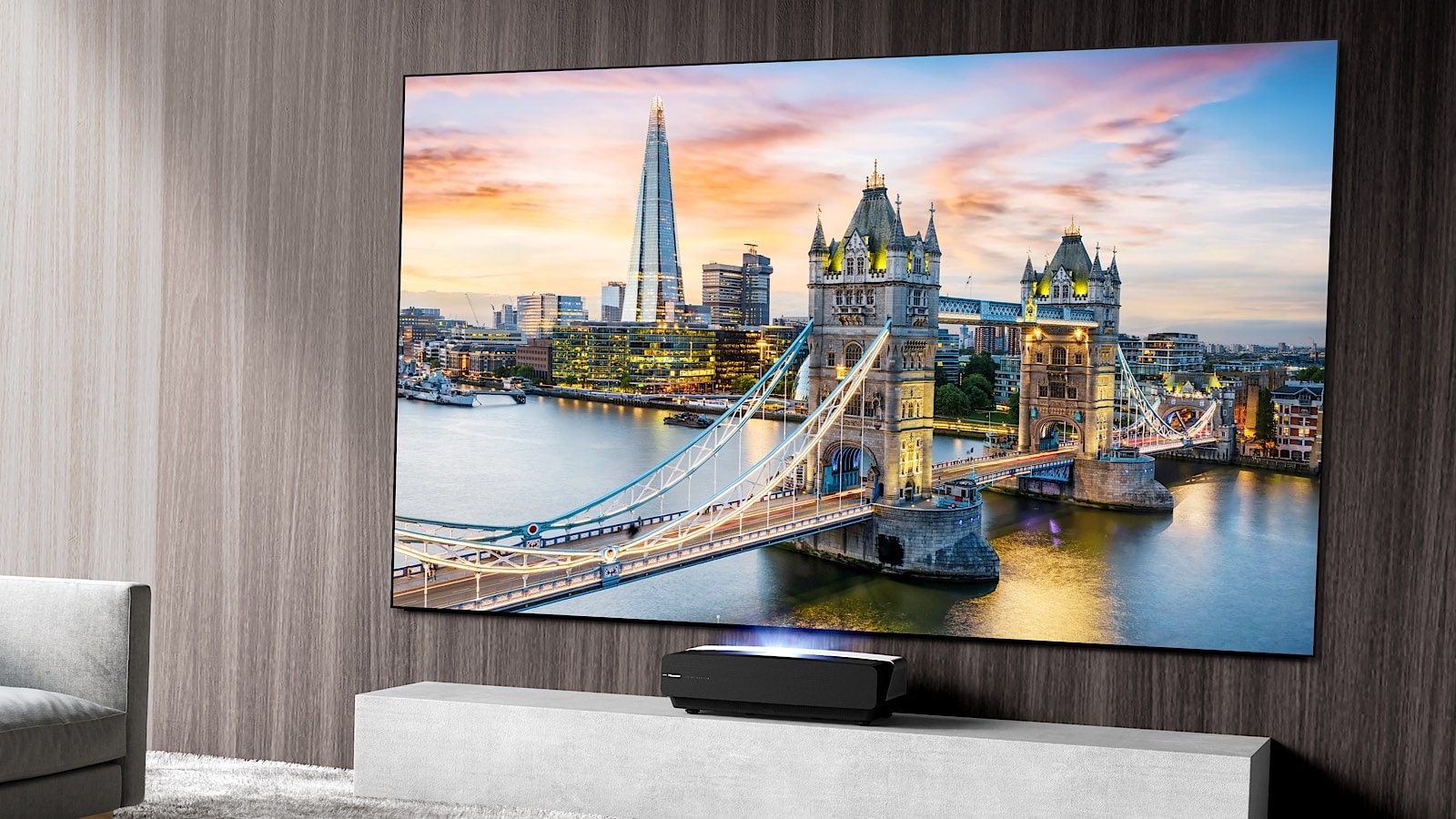