Wish you had a cinema-style screen at home, but don’t quite have the room for projection? Hisense’s latest take could be the ticket in 2020.

Even though CES 2020 revealed a pretty clear trend that 8K is a major part of what the event was about, 4K is still a big part of what you can look forward to.

The feeling is that 4K is the standard, and it’s a pretty strong standard these days, so don’t even consider Full HD, because we’re beyond it. While 8K is the premium thing to look at, 4K is still pretty tops, and you can get some fantastic screens out of it.

Big screens will be easily found in 8K, sure, but the biggest screens are actually in 4K this year, and they’ll make it possible to get a cinema experience at home, provided you have a big enough wall.

This is exactly what Hisense revealed at CES this year, with a new take on its a laser TV technology that now supports three laser light sources using the three primary colours of light: red, green, and blue. 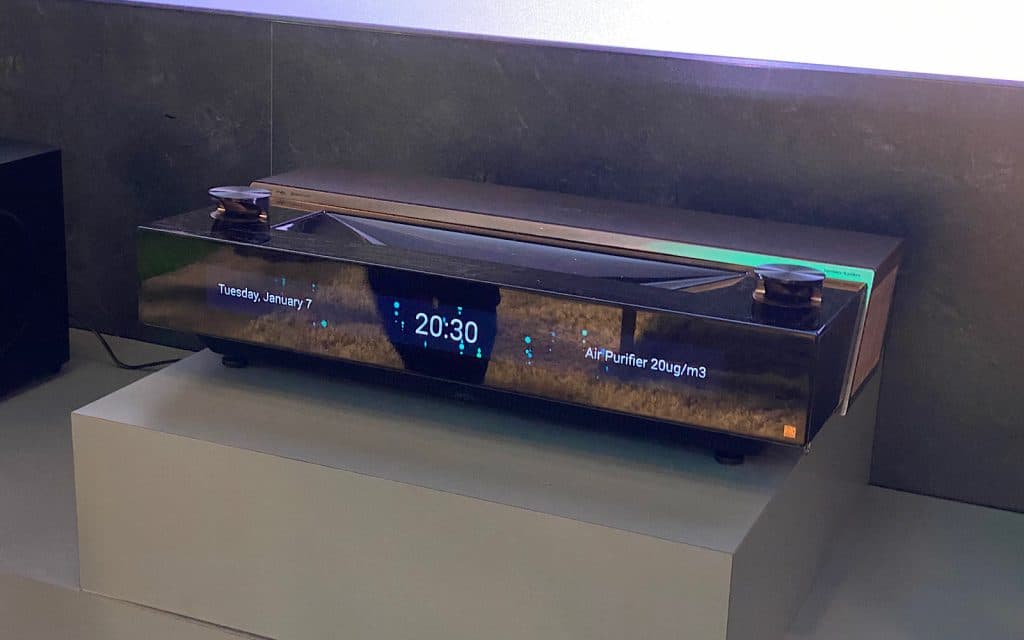 It’s a technology Hisense calls “TriChroma” Laser TV, whereby its small projection system houses a short throw laser tuned to a specific height to throw a projection uniquely tuned for the screen it comes with, effectively delivering a big picture on a wall, and one that Hisense installs for you.

Hisense’s TriChroma technology is an update to the dual laser TV technology the company introduced last year, arriving in a 100 inch 4K screen that used two colours and a projection system to deliver a big screen experience for homes that wanted their own personal cinema.

Once installed, the special projection system delivers an impressive punch of colour, alongside a brightness that while still adheres to the projector logic of “a darker room is better”, can also be used in daylight, because the laser light source is that strong.

However this year, the change is that you’ll find three lasers instead of two, with a capability of delivering Dolby Vision’s HDR and some impressive visuals. The colours are just that vivid in person, something the company says is a result of proprietary technology it calls the X-Fusion Laser Light Engine, and that it can hit one of the wider colour spaces made for HDR, the REC.2100 colour space, with over 90 percent of the colour space perceived by the human eye. That should mean the colours you get from the Hisense TriChroma Laser TV projector are the colours the movie maker meant you to get.

And while some might balk at the idea that a laser projector system is a TV, the fact that Hisense has included a TV tuner makes it definitely true. As such, it means this laser TV more than merely a laser projector, and it’s one that is technically upgradeable for the size you select, with a 100 inch model being the base option, but larger sizes including a 120 and 150 inch size screen, something which changes at the screen level once Hisense does its little install and setup trick.

There’s also a bit of sound improvement inside, with an Atmos-based sound system inside, thanks to speakers that pop up from the little projector box, as well as a screen to point out some of the other things your smart home may or may not be doing, at least until you turn it off.

“Since we launched our 100- inch 4K Dual Laser TV last year, we have been thrilled with the significant interest and response from our consumers,” said Andre Iannuzzi, Head of Marketing for Hisense Australia.

“Our aim is to provide Australians with TVs that exemplify outstanding picture quality and the 4K TriChroma Laser TV represents our commitment to this promise,” he said.

Unfortunately, there’s no word on price yet, though Hisense has said its TriChroma Laser TV should be available in the back half of the year.