Making a big screen for the home doesn’t need a big amount of space, as Epson joins the short throw laser TV game.

Missing the thrill of the big screen? You might not be there for some time (thank you coronavirus) but there are ways you can get the big screen experience at home.

One option is to get a huge TV, though that may arrive with a staggering price tag and you needing a place to put the thing. If you need a big screen without either of those, you might want to look into projection, as it can deliver a larger display without the burden of needing a TV that takes up a huge portion of your room, and usually without the same sort of price.

Keep in mind that some big TVs can push past the $10K mark, with one scoring a staggering $72K price tag, the 88 inch 8K OLED from LG this year. Ouch.

Projection has long been an option to get around needing a big TV, and it provides an experience more like that of the cinema, thanks to both using projection. However projection also typically requires a different sort of room, with the projector at one end and the screen at the other.

It’s not the same burden of the room that a big TV will offer, but rather a different one, and the inconvenience is still possibly there.

Short throw projection may well be the answer, with the solution allowing a projector to sit almost perpendicular to the projection screen, not taking up the room a large projector needs, while still offering the projection to a big screen size. It’s an area Hisense has made its way into last year, with Samsung joining only just recently, and they won’t be alone. 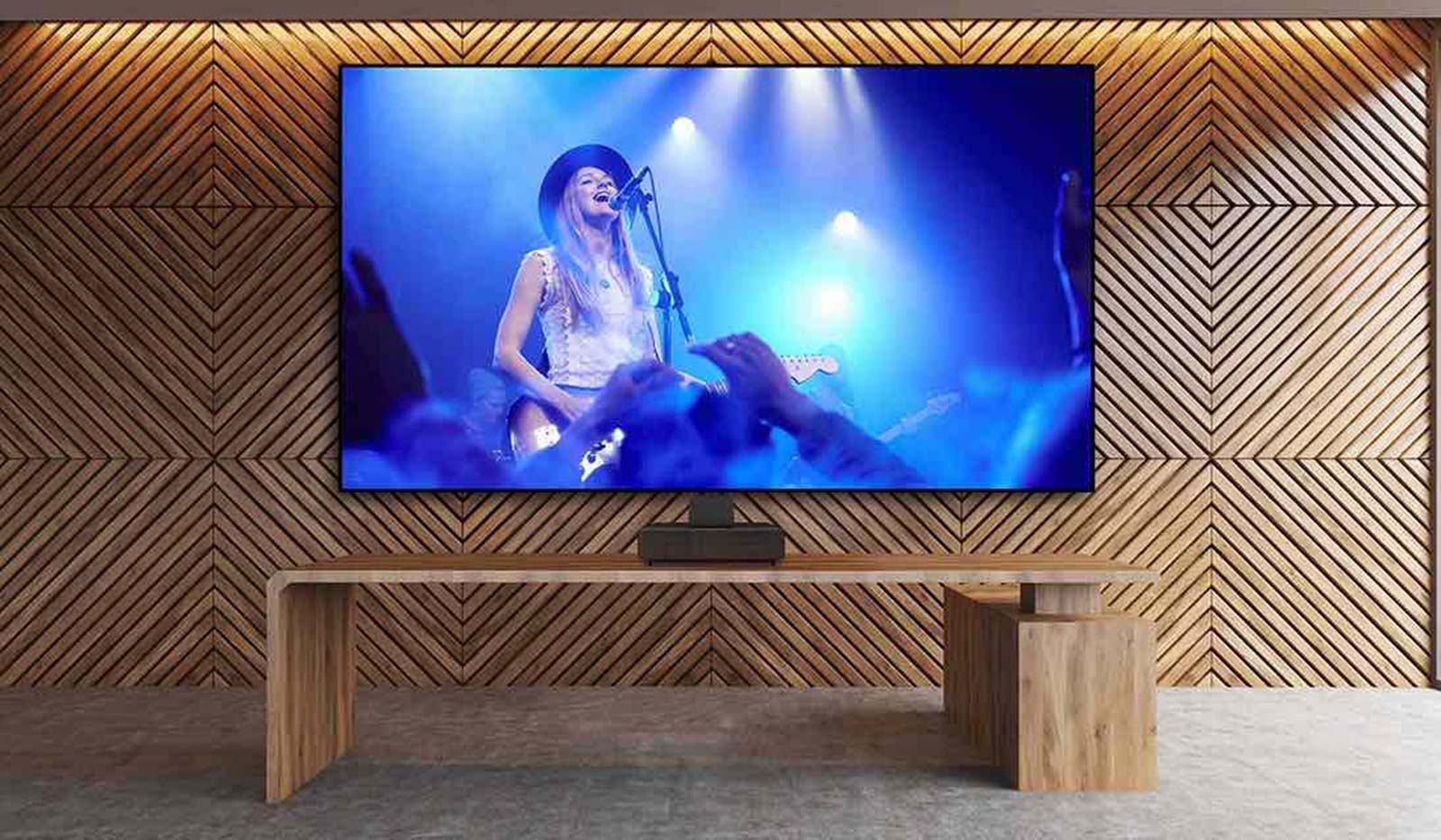 As far as ports go, the Epson EH-LS500 offers one HDMI in for a video source and an HDMI ARC for plugging into those sound systems with audio return channel (ARC) support, such as the Sonos Arc. It means the Epson laser short throw projector could technically sit alongside (or just behind) a soundbar sporting the ARC port, and deliver a sound experience easily to a projector, something that may require some rather long cables with a standard projector.

There are two 10 watt speakers built in just in case you don’t want to bring a sound system, though we can’t imagine listening to sound on two tiny speakers for such a big picture will do films any level of justice.

And while clearly, the big picture is one of the main drawcords, price is the other factor here. A short throw projector may still be a touch exy, but not as comparatively high as the big TVs. As such, Epson’s EH-LS500B will fetch a price of $5499 in Australia without screen, while it will be bundled with a 100 inch screen for $6599 and a 120 inch screen for $7199.

Locally, Epson’s EH-LS500B should be out now at electronics retailers and specialists across the country.