Apple’s in-ear AirPods and AirPods Pro aren’t the only headphones Apple has this year, with the over-ear AirPods Max up next.

It’s not easy trying to pick a pair of headphones. Not only do you get to pick between a dizzying array of styles and choices, but you get to do it with brands that might already say so much to you.

There are so many choices, and as reviewers, we can tell you that more than anyone. As we head into the final weeks of the year, the amount of earphones we’re pushing through to get reviews out actually go beyond the numbers of fingers on our hands.

But the good news about this is it means there’s a lot of choice, and choice is always good for people, especially when it comes to our ears. Picky things that they are, everyone has different ears and everyone has a different way of listening, and that’s going beyond the comfort. Everyone also finds some things comfortable and others not, and so while there’s no “uniform” style of portable sound gadget, some get closer than others.

Take the ordinary headphone, the one that goes over and around your ears. Also known as a “circumaural” design, it’s one that typically produces less head strain than others, and also doesn’t squish those ears together in a way that on-ear designs — “supra-aural” — has known to do.

While they’re not nearly as portable as their in-earphone or earbud siblings, over-ear headphones are often known to be quite comfortable, and capable of big sound, thanks to the bigger size allowing headphone makers to throw more gear in. Big drivers, chips and audio technologies, and plush fabrics are basically what these things are known for, and it’s an area Apple is suddenly getting into.

Only a couple of weeks before the end of the year, Apple is getting into big headphones, though it has been rumoured for practically the back half of the year.

But Australians can look forward to a new pair of headphones in the AirPods range, as Apple launches the AirPods Max on December 15 in Australia. What are these, and how do they relate to the other AirPods models?

What are the AirPods Max? 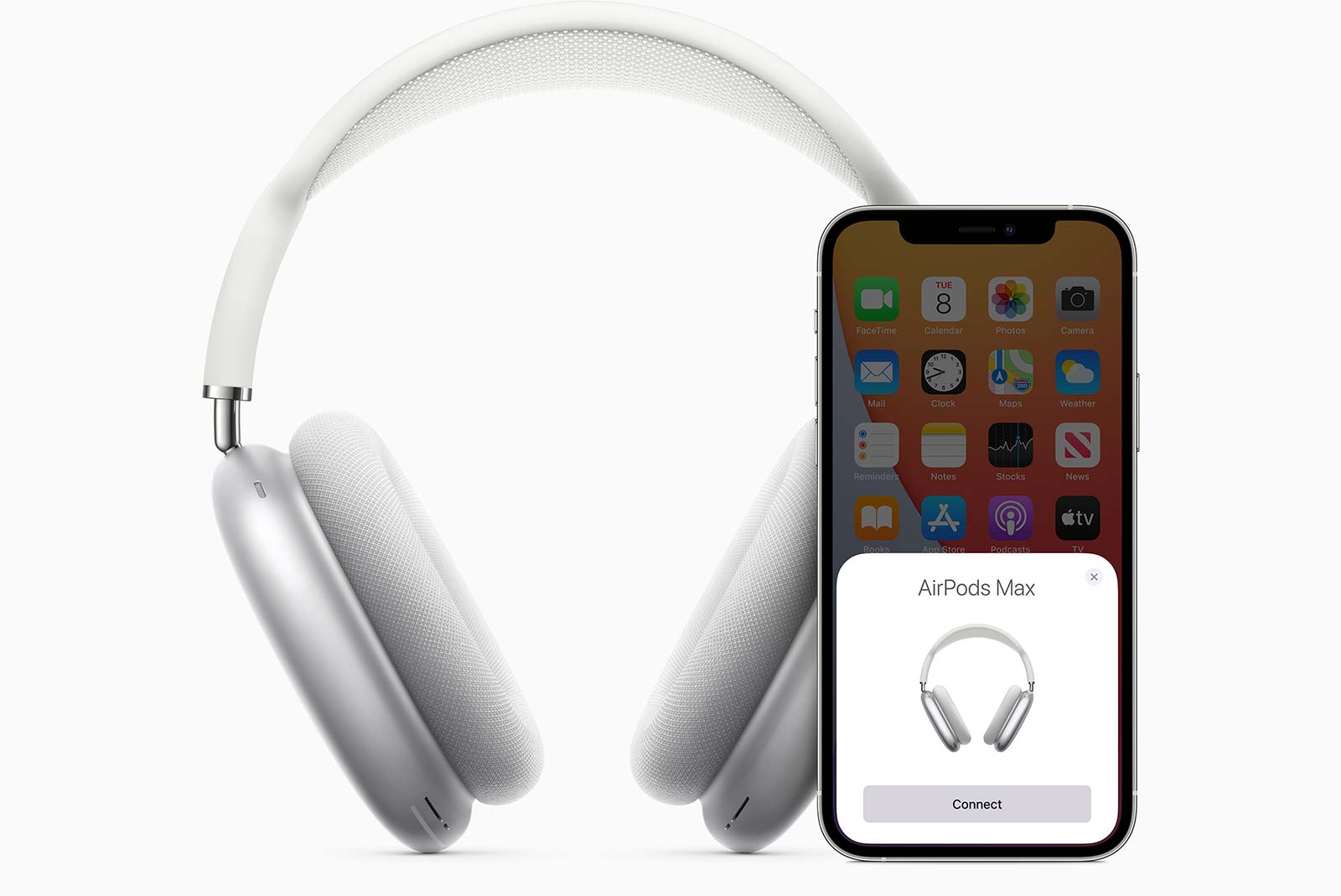 Apple’s first take on a pair of big headphones outside of its Beats by Dre brand, the AirPods Max continue the work Apple has made on the AirPods models prior, and bring a big dose of sound plus audio processing technology to a larger headphone style.

The AirPod Max headphones bring together a 40mm driver designed by Apple, built to handle a fairly balanced range, across bass, mids, and highs, plus a motor made up of two neodymium rings that aims to prevent the driver from distorting too much, essentially holding it in place.

Working alongside this is the processing hardware, something Apple is known for, using the Apple H1 chip and 10 audio cores to process music and sound information in a way that suits the headphones, adapting the equaliser to the music in real-time and cancelling out noise. 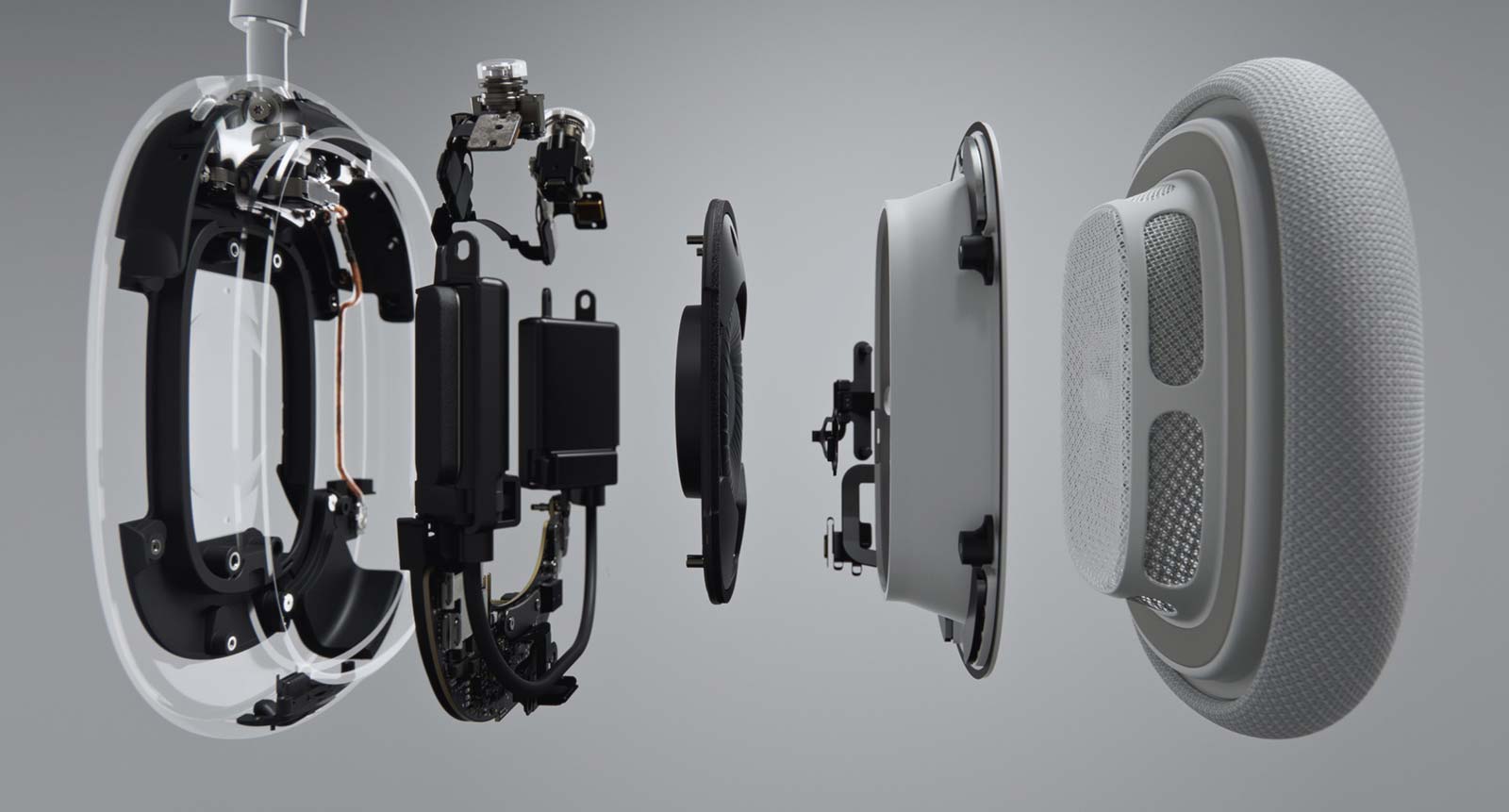 They’ll also enjoy the transparency mode like the AirPods Pro, so you can hear through them, plus the Spatial Audio introduced on iOS 14 that delivers 3D headspace positioning in supported tracks, which right now doesn’t support music, only movies.

Design-wise, they’re very Apple, with a stainless steel headband designed to fit more heads without a lot of fiddling, and a softened plastic for the casing. The ear cushions uses an acoustically designed memory foam to improve the deal, while the padding for the earphones is made from a knit mesh canopy not unlike the design and pattern used on the HomePod and recent HomePod Mini.

Controlling the AirPods Max will be handled through a little knob not unlike the Digital Crown on the Apple Watch, offering volume control, plus the ability to skip tracks and control phone calls, plus bringing up Siri, if need be, with up to 20 hours of battery life on the headphones.

And Australians can expect too find the AirPods Max in stores from December 15, arriving locally at a recommended retail price of $899, arriving in five colours: white, black, red, green, and blue.

Apple’s other AirPod models won’t be changing their prices, either, with the standard AirPods at $249, while the AirPods Pro cost $399.

Ahead of review, because you can bet we’ll try to get our review of these headphones out as quickly as we can, it’s worth noting that Apple’s AirPods Max faces strong competition in Australia, and notably from headphones that sit under the AirPods Max Australian pricing.

Locally, the AirPods Max will come with a $899 recommended retail price, what is clearly the new high for noise cancelling headphones, and closer to what many would regards as audiophile-grade headphone pricing. Apple devices rarely drop much more on street pricing, so expect these to hover close to that price tag.

Comparatively, the $899 AirPods Max face off against the $550 Sony WH-1000XM4 — the current benchmark to beat in noise cancelling headphones — and the $600 Bose 700 Noise Cancelling Headphones, which are almost as good. In fact, Apple’s headphones manage to outprice even Bang & Olufsen’s H9, which sit around the $840 mark in Australia. Dali’s take on the category in the IO-6 hits $700, and the Beats Studio 3 wireless may well be a little dated having been released over two years ago, but they sit around the $450 mark at retail. Based on these, the Apple AirPods Max may well be Australia’s priciest noise cancelling cans.

It gets particularly more complex as you hit street prices, with the Sony WH-1000XM4 currently fetching just under $400 at many stores in Australia, and Apple’s AirPods Max being a little over twice that.

As to whether they’ll be good enough to be twice the price of some of the best, that remains to be seen, but the benchmark is presently seriously high, and that will make this an interesting release, to say the least.