Apple updates the iPad Pro with complex cameras and more

We may be living in a “post-PC” world, but that doesn’t mean the best tablets can’t learn a thing or two, as we’re seeing in Apple’s latest iPad Pro.

The world may well be a little more locked down than we’d normally like, but the world of technology goes on, and that means upgrades alongside.

There are quite a few products getting updates on the horizon, but one has been rumoured for quite some time: the iPad Pro.

Apple last updated the iPad Pro not last year in 2019, but near the end of 2018, which for a company that typically updates products on a yearly basis makes for a bit of a long cycle. The iPad Pro has been rumoured to see a refresh for a more than a month now, and the rumours have been angling for a March likelihood, in line with when the first iPad was released a good ten years ago.

And this week, it happened: Apple has updated the iPad Pro. So what can you expect in the new iPad Pro? 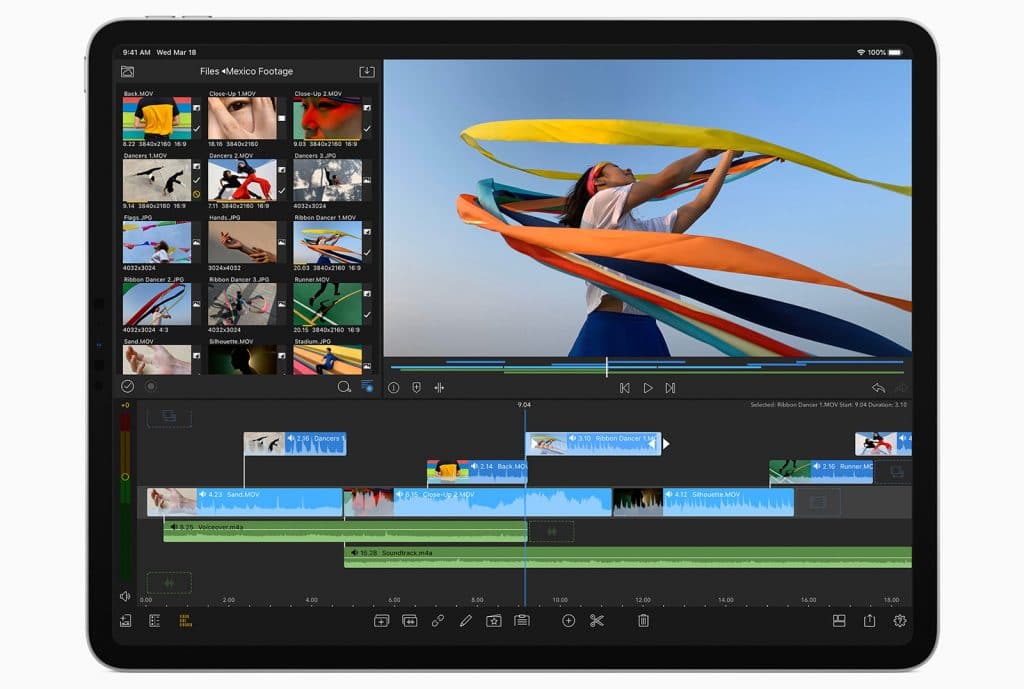 Apple last redesigned the iPad in 2018, and that design language still has yet to make its way to Apple’s other products, so you shouldn’t expect a totally new and unique iPad Pro. Instead, the focus is on making things better, and adding some features which may give you a glimpse of things that Apple thinks will not only make its best tablet better, but also of what it could bring to its flagship phone later in the year.

As such, the new 2020 iPad Pro looks a lot like the 2018 iPad Pro, with the flat edges surrounding either an 11 or 12.9 inch screen with minimal bezels, and no button at all. Apple doesn’t use the home button on its phones anymore, and it’s not on the iPad Pro tablet, either, with facial scanning technology used for security here.

But that’s not new at all. What is can be found on the inside and on the camera.

There are also more microphones in the iPad Pro, allowing the tablet to deliver better sound, thanks to the inclusion of five microphones. That’s something Apple is gearing not just for filmmakers, but also for podcasters, too.

And Apple is even talking up an improvement to the screen, which gets support for 120Hz, making things a little smoother. Similar to the technology on the Pixel 4 and Galaxy S20 ranges, 120Hz makes on-screen visuals appear that much clearer and more polished. 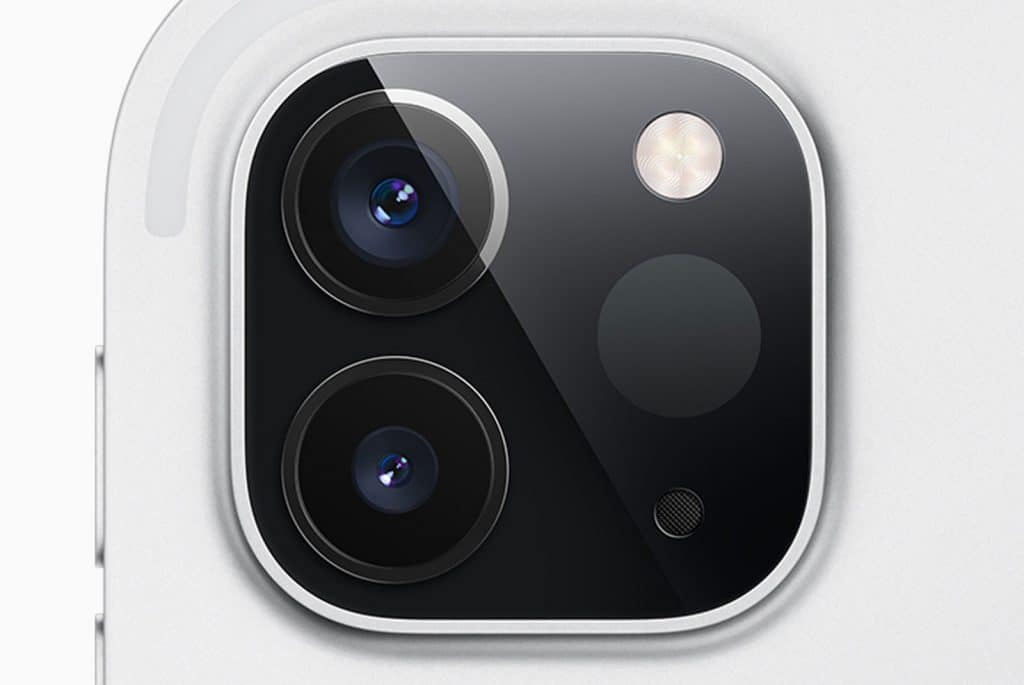 On the outside, the cameras see a bit of an update, as Apple rolls out two cameras for the iPad, with a 12 megapixel standard wide camera and a 10 megapixel ultra wide. Alongside, however, there’s a “LiDAR” scanner, a technology that stands for “Light Detection and Ranging” and measures distance to understand the area being seen.

LiDAR technology has appeared in consumer devices before, but it isn’t common. As such, Google’s Pixel 4 and Pixel 4 XL supported LiDAR upon release last year, but only on the front camera, using LiDAR in Google Soli to detect gestures to control the phone using finger movement above the display.

Apple’s use of LiDAR is a little different in the iPad Pro, and works with the rear cameras to understand the scene, placing objects inside of it. It can be used to measure distance and for augmented reality, and we suspect a whole lot more. Plus it may give some indication as to what’s coming in a subsequent model of the iPhone later in the year, as we suspect LiDAR could be used as a form of background analysis for portrait photography.

More than the iPad Pro hardware 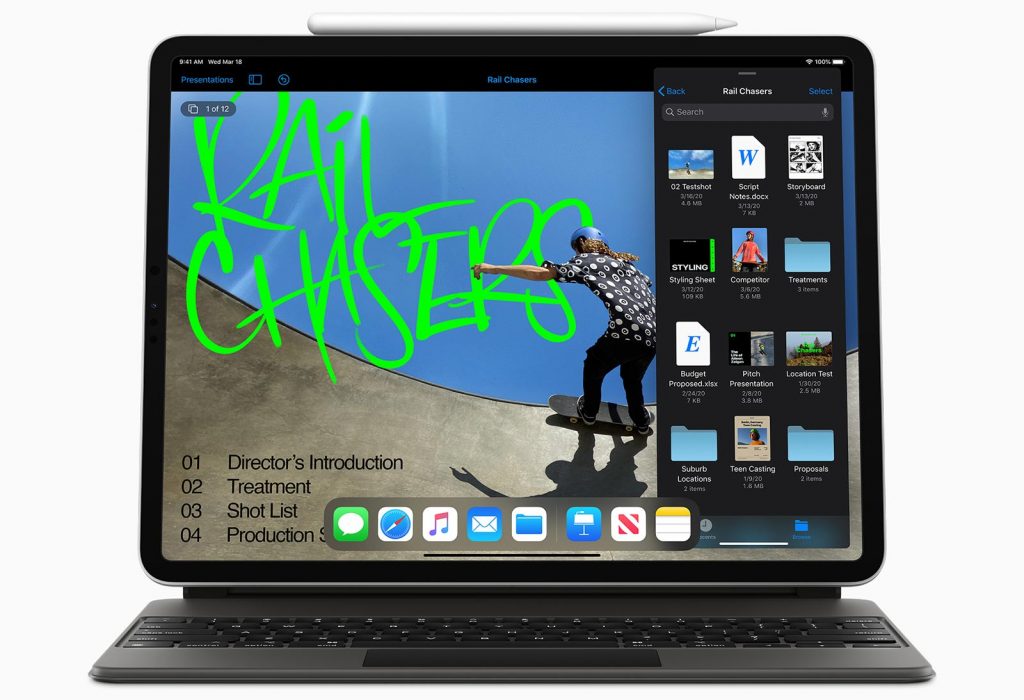 While that is indeed exciting, the operating system also gets a change worth talking about: iPadOS is getting support for mice.

No longer just an accessibility feature, Apple is rolling out trackpad support in iPadOS 13.4, coming next week.

Trackpad support will mean if you have an Apple Trackpad, you’ll be able to use a mouse with the iPad Pro in a way that isn’t the Apple Pencil, meaning more desktop-like control.

Of course, you can opt for an accessory that handles the mouse, as well.

Apple’s support for a trackpad in iPadOS will be a win for companies like Brydge, which showed a trackpad in an iPad Pro keyboard accessory at CES. However Brydge’s keyboard case isn’t the only one out there.

Apple will have one of its own, arriving in the Magic Keyboard accessory, a gadget that snaps onto the back of the 2020 iPad Pro and allows the tablet to be lowered in place at practically any angle. 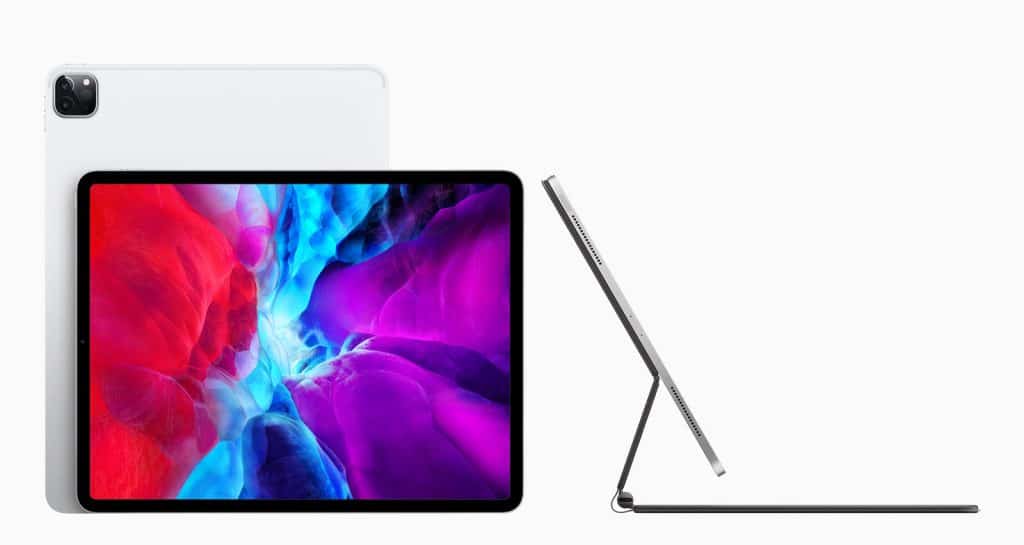 Unlike the Smart Keyboard Cover — which is supported as well — you won’t be limited to two angles, and can instead choose your own. The design of the Apple iPad Pro Magic Keyboard is more than a little reminiscent of what you can find in the iMac, albeit in a much more portable way, and there are other inclusions, too.

The iPad Pro Magic Keyboard uses the same scissor mechanism keyboard design Apple has rolled out on the MacBook Pro 16 and the newly refreshed MacBook Air, plus it includes backlight keys and a USB Type C pass-through to keep the iPad charged without taking up its one Type C port.

And it has a trackpad built into the design, basically making it an improved keyboard accessory with a trackpad, too.

Pricing and availability of the 2020 iPad Pro and Magic Keyboard

Of course, you probably shouldn’t expect this accessory or the 2020 iPad Pro to be necessarily cheap, as they’re not.

Fortunately, the Smart Keyboard Folio is still around and compatible, fetching $299 or $339 whether you have the iPad Pro 11 or 12.9, respectively.

As for the 2020 iPad Pro variants, their release is a little closer than the May date pitched for the Magic Keyboard, with Apple targeting next week from March 25. 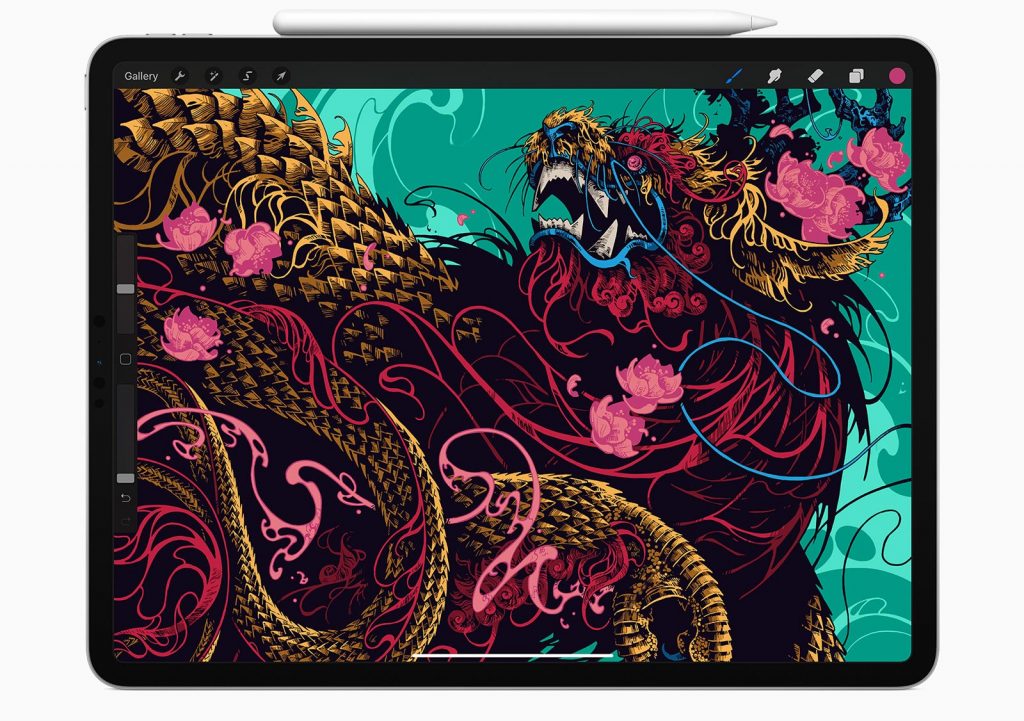 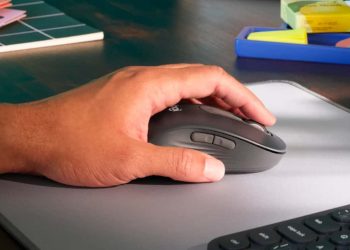