There’s both another HomePod and another Apple “mini” device this week, as a second, smaller, spherical speaker appears.

Australians have no shortage of smart speakers, but some brands have more than others. Amazon seems to have the largest supply, with numerous Echo models complete with a few new ones on the way, competing with the few Google has including the new and recently reviewed Nest Audio. Of course, there are some options from Sonos including the Sonos One, Arc soundbar, and highly portable Move, and then there’s Apple.

Apple has offered one smart speaker since 2018, when it released the HomePod, offering a fantastic speaker, albeit one that was pretty much skewed just for Apple users, initially only really working on Apple Music and radio services, and requiring an iPhone or iPad to set it up.

That was two years ago, and two years is a long time in product development. While speakers don’t tend to get changed out or upgraded every year, it’s still a long time to only have one product.

Fortunately, two years on, Apple has another. 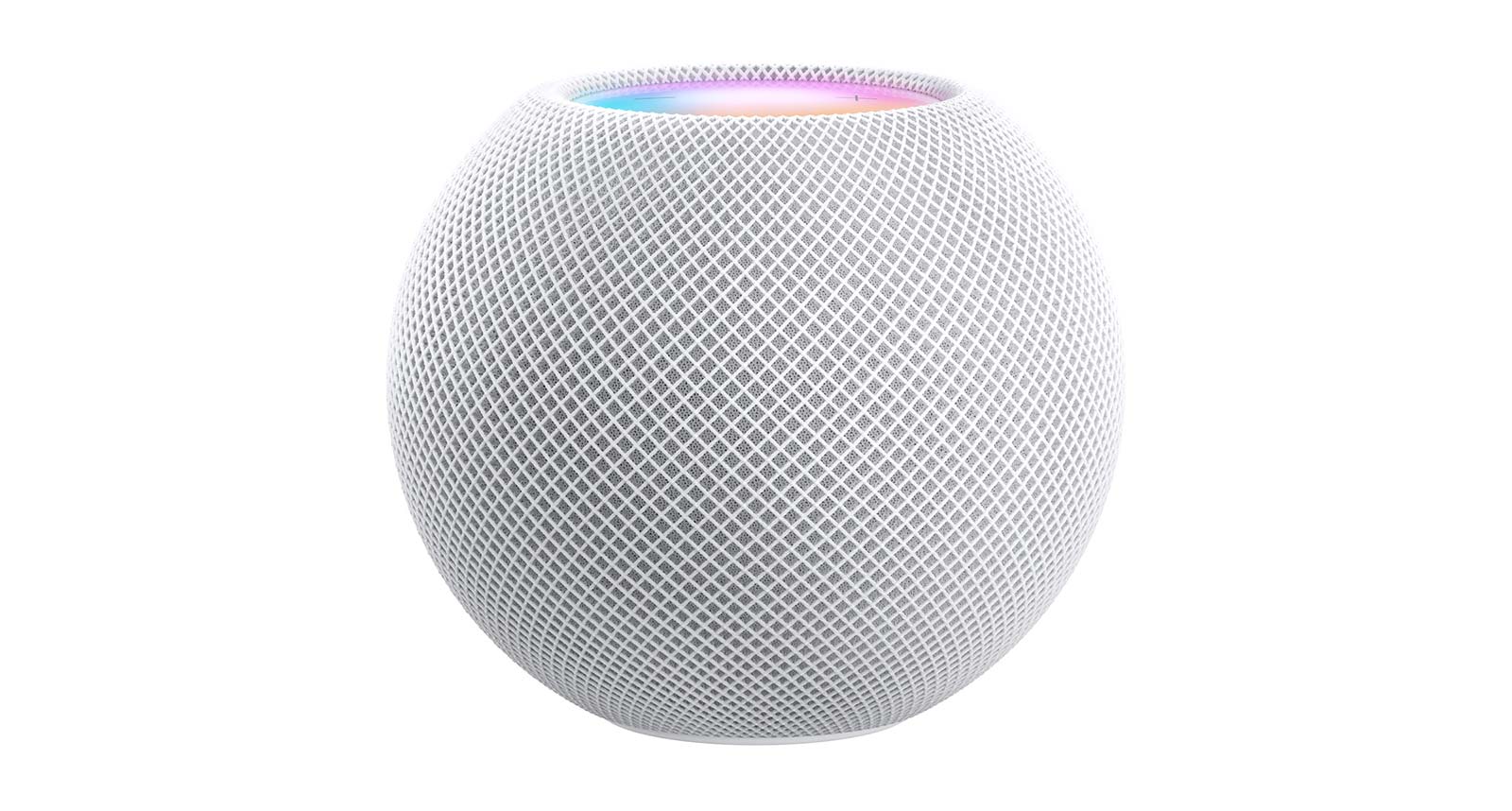 This week, Apple is launching a second “Mini” device alongside the iPhone 12 Mini, with a smaller take on the HomePod arriving in the HomePod Mini. It’s a little bit different, and also a little bit the same, with Apple taking the idea of the HomePod Siri-based smart speaker, but shrinking the design and components, as well as the price.

Comparing the two quickly, the HomePod Mini looks more like a cup of soup, and you might call it a “cup of sound”, or simple as Aussies or Brits might, a cuppa, because it kind of looks like one. At the top of a curved body is a small circular touchscreen for controlling the HomePod Mini and for seeing the feedback from Siri, while a netting flows around the outside.

Inside is a full range driver flanked on either side by dual passive radiators, and an acoustic waveguide below to shape the sound that’s delivered through the bottom to drive under and around the speaker in all 360 degrees, essentially delivering an omni-directional sound. 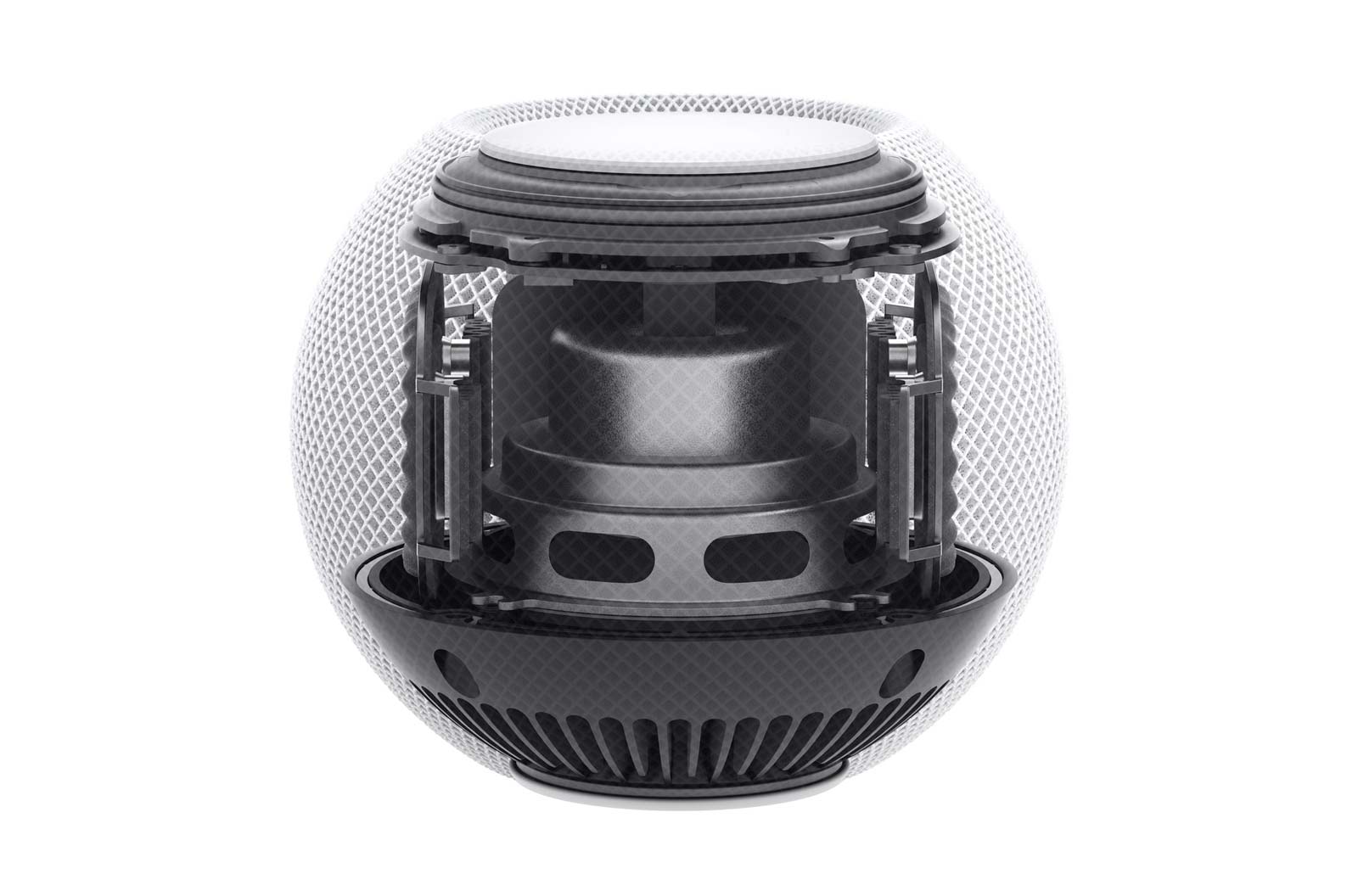 While omni-directional speakers aren’t anything new, Apple is using a computational audio system powered by the same S5 chip used in the Apple Watch SE to control the speaker and the sound, making up to 180 changes per second to audio being played. This approach could end up making the Apple HomePod Mini sound bigger than what it is, with an algorithmic process to sound capable of changing the EQ and volume to what you hear in real-time based on what you listen to.

Like the other HomePod, you’ll need an iPhone or iPad if you want to use it, because it’ll be deeply connected to Apple’s services, and it will listen for commands with three microphones, using a fourth inside the speaker to work out the difference between music and voice, and subsequently know when you’re talking to the speaker.

But it will reportedly listen to more than just Apple’s own music service and podcasts after launch, with Amazon Music also being supported. As of yet, there’s no word on what is arguably the world’s most popular service, Spotify, with no sign of either YouTube Music or Tidal, either, the latter of which supports a high-res service.

However if you have Apple Music, that’s where the Apple HomePod Mini will run most of the tracks, though it can do other things, too. 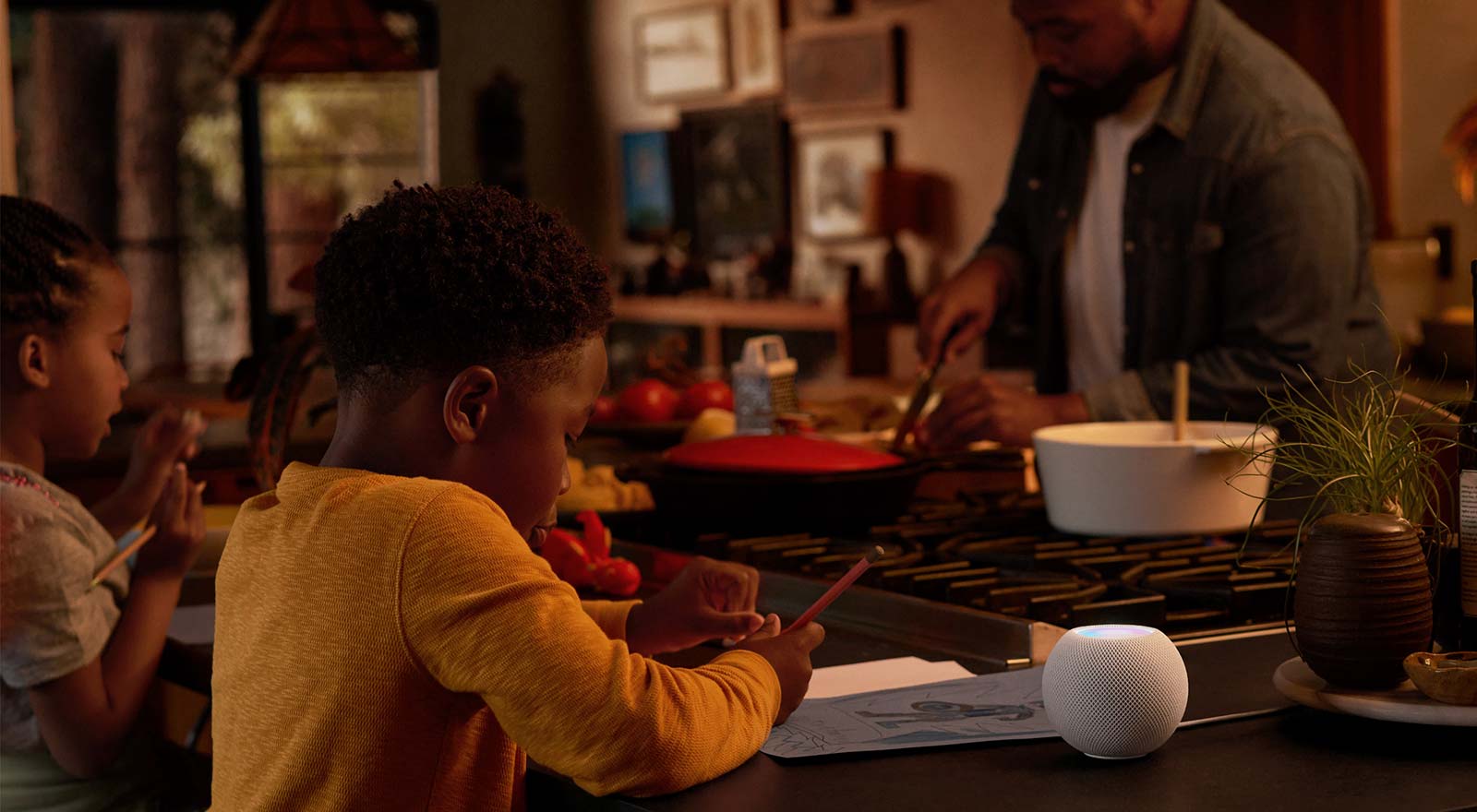 Apple has said the HomePod Mini can work as an intercom system, sending a message from one HomePod to another inside the same home, and it can even be used to find a misplaced Apple Watch or iPhone — even a Mac you can’t find — by using sound to point out where it is in your home. It should even work to deliver sound from an Apple TV, though isn’t yet known whether it will support Atmos spatial audio the same way iOS 14 does on AirPods Pro.

What it will be is relatively inexpensive, with the HomePod Mini fetching an Australian price of $149, while its big brother in the standard HomePod sticks around nearly three times the cost at $469. 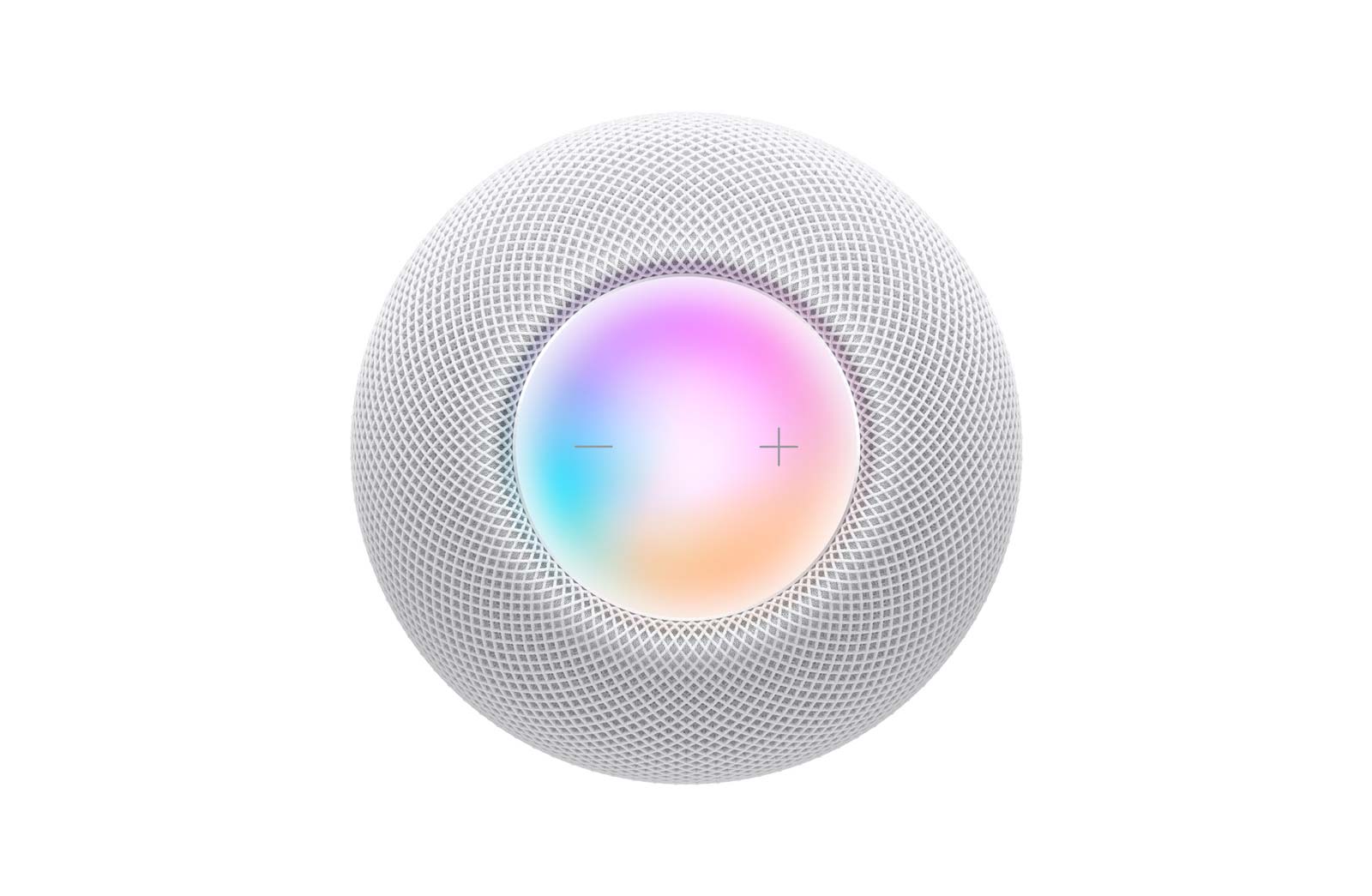