How to make the jump from iPhone to Android

With the new phone year now in full swing and new Androids on the way, you might be wondering how to jump from one platform to the other. How do you make the shift from iPhone to Android, and is it easy? Is it worth it?

Every year sees a new swathe of the world’s latest phones arrive, and every year, we hear from people with iPhones ask the question: how do I switch to Android?

All of these questions can be answered, and while some of them have easier answers than others, the simple reality is a jump from iPhone to Android can be easy, though it’s best to know a few things before you do.

So if you’re considering making the jump from an iPhone 6 or 7 to a brand new Samsung Galaxy or something else, aside for comparing your old phone to that new one you’re eyeing, here’s where to start.

Know what you’re bringing with

Making the move from iPhone to Android isn’t going to be as seamless as upgrading from one iPhone to another, and that has to do with ecosystems. Apple’s ecosystem is made for Apple products, and Android’s is made for Android, and while that might seem obvious, there are some things to know about them: the apps aren’t compatible.

Identical apps do exist, and lots of companies make apps for both iPhone and Android, but that doesn’t mean they’re the same, because while you can find Spotify, Facebook, Twitter, Instagram, WhatsApp, Tinder, Chrome, Gmail, Maps, Apple Music, Uber, UberEats, Deliveroo, and most major apps on both, you won’t necessarily find all on each.

For instance Adobe Spark doesn’t exist on Android, and neither do quite a lot of games released on iOS. Samsung’s Gear 360 app exists on both Android and iOS, but its Gear VR app only exists on Android, and only Samsung phones for that matter.

Because this can be a little inconsistent, you need to know what you’re going to bring with, so make a list of apps that are important to you and that you use regularly, and then head to the Google Play Store and see whether Google Android has versions of them.

Commonly used services will very likely have the apps made available across platforms, and that’s good, but others may not be found, and if they’re important to you, it’s handy to know whether you’ll have to go without going in.

And that leads us to the problem of free apps versus that of paid apps. Specifically, if the app is free, you’ll be fine, but if you’ve paid for an app on your iPhone before, do you get it for free on Android?

Short answer: probably not, though this can vary. Quite a few apps that cost money on iOS are available as ad-supported apps on Android, so you may not have to worry about this issue.

Apps that you have paid for that cost money on both Android and iPhone, however, will require you to pony up the cash and buy them again, as licenses aren’t transferable across ecosystems and platforms. That means if you’ve bought TripView or Monument Valley on iPhone and you want to own them on a Samsung Galaxy (or any other Android for that matter), you’ll need to buy them again.

The upside here, however, is that once you own them as part of your Google account, they will work on any Android device that you use your login on, and some apps you can set as part of a family account, allowing you to share apps and games with other people in your life.

One common question is what happens to your contacts, messages, and images from your old iDevice.

Interestingly, some of these can be moved over quite easily, while others you might have some issues with.

Contacts are an example of something that is fairly easy to do, and if you currently sync your contacts to an online account like a Google account, your Android phone will automatically bring these down and write them to a phone.

However, messages don’t quite get the same easy pass, as Apple’s iMessage system isn’t supported outside of Apple.

Some devices do include a converting application upon the first setup, however, and this makes it possible from that initial step to either set the phones up wirelessly or use a cable between them to transfer files.

Over in the world of Samsung, you’ll find Samsung Smart Switch offers a method of getting things out of the Apple world into that of Android, while we’ve also seen similar software on Motorola’s phones, too.

For us, the most common complaint, criticism, and set of questions we hear about people making the jump from iPhone to Android is that of the experience, and that can be a little different.

While iPhone relies on a rolling homescreen look, Android is generally a little different, offering those several homescreens, but running shortcuts on it. That was the way it used to be, though, things have changed, and depending on the manufacturer you buy an Android from, there’s a good chance you can choose between Android’s regular multiple homescreens with an app menu underneath (swipe up or look for the app menu icon), or a look and feel more like an iPhone.

Oppo is the obvious brand that does this, and while Huawei and Samsung both give you a choice between Android and iOS-styled looks. Motorola, Google, HTC, LG, Sony, and Nokia all go for a look more like conventional Android.

And yet, even though they may come with these looks, Android’s interface can also be changed with something called a “launcher”.

In what’s the first lesson about how modular Android can be, the look and feel of each phone can change with a replacement launcher, and there are lots of these things. You merely have to look around on the Google Play Store to find them, and see if they match your style.

Some of them are designed to look like iOS, others Android, and a few others even imitate Windows. And then there are those which do things a little different. The writer of this article tends to rely on Yahoo’s Aviate, which provides multiple shortcuts on the main menu, a neat categorisation system, and then localised points of interest based on where you are at the time.

That modularity of Android is one of the things that makes Android completely different, and if you’ve ever felt a little closed off or hamstrung by Apple’s forced icon placement, Android is more or less the exact opposite.

Instead of being forced to show icons in a specific way, you can decide how they look, and reposition them accordingly.

The modularity of Android extends even further than that, beyond the creativity a launcher lets you have, with replacement on-screen keyboards, replacement lock screens, and personalisation supporting more live wallpapers.

There’s also good news on the accessories side of things, because quite a lot of accessories support both platforms, iOS and Android.

For instance, anything with Bluetooth in it will support both devices, because Bluetooth is a hardware platform that both the iPhone and Android phones can connect to. Even if it’s Apple’s W1-supported AirPods or the Beats Solo 3, you can connect an Android phone to them easily, ensuring they work.

Lightning is an Apple-only hardware connection, and it’s one that you’ll only find on the iPhone, iPad, and the iPod Touch.

Is it worth the switch?

The other big question we regularly receive from people who say they want to make the switch happens to be “is it worth it”?

We’ve heard it in a few different ways, too. It might arise from feeling like Apple isn’t making the phone you’re after, or because the next iPhone you had your eyes on is just too expensive. An all-too common one we hear time and time again occurs when telcos tell customers that they can’t upgrade to an iPhone, but they happen to have an Android waiting for them.

We’re not going to say that the switch from an iPhone to Android isn’t worth it, because everyone has different reasons. You might feel the camera is a great reason to jump ship, or you like the idea of a curved screen more than anything else.

Maybe the two day battery life of the Huawei Mate 10 Pro is drawing you over, or the idea that a Samsung Galaxy S9 can not only imitate the human eye like a real camera, but also be plugged into a virtual reality headset. There’s even the possibility that you might want a phone that can survive pretty much anything you throw at it, and so a tough phone like the Telstra Tough Max 2 is super appealing.

There are lots of Android phones, and lots of reasons to buy, but it will depend on the sort of person you are whether it suits you and your needs.

If you don’t mind losing out on technologies like FaceTime and iCloud, and are happy to embrace the fantastic things Android has going for it like its modularity and comparatively open way of doing things, the switch can yield a great experience. 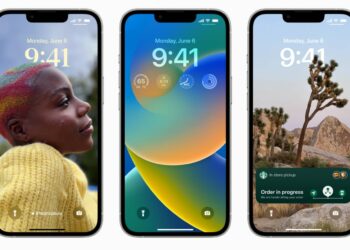