No stranger to high quality sound, the Technics AZ60 look to bring big quality to small earphones, and for under $400 in Australia. Do they deliver?

You might not normally think of Technics when it comes to portable sound, but it’s an area we’re seeing increased development from the brand in, and that can only be a good thing.

The “Technics” name has long been associated with quality high-end audio, with its record players used and loved by DJs for ages, while its premium speakers and sound systems are enjoyed by audiophiles craving quality audio throughout.

Ever since the brand returned to Australia a few years ago, we’ve seen more gadgets featuring the “Technics” name arrive on our shores, and in 2020, that even included a pair of wireless noise cancelling earphones.

An area that has no doubt seen a monumental amount of growth, Technics joined two years ago in the AZ70W, and now has another option, as the Technics style of sound makes its way to another pair, competing with earphones from Sony, Sennheiser, Apple, Beats, Bose, and others.

Is the latest pair, the Technics AZ60, a pair that can match wits with some of the best ANC earphones, or is there still plenty of work to do ? 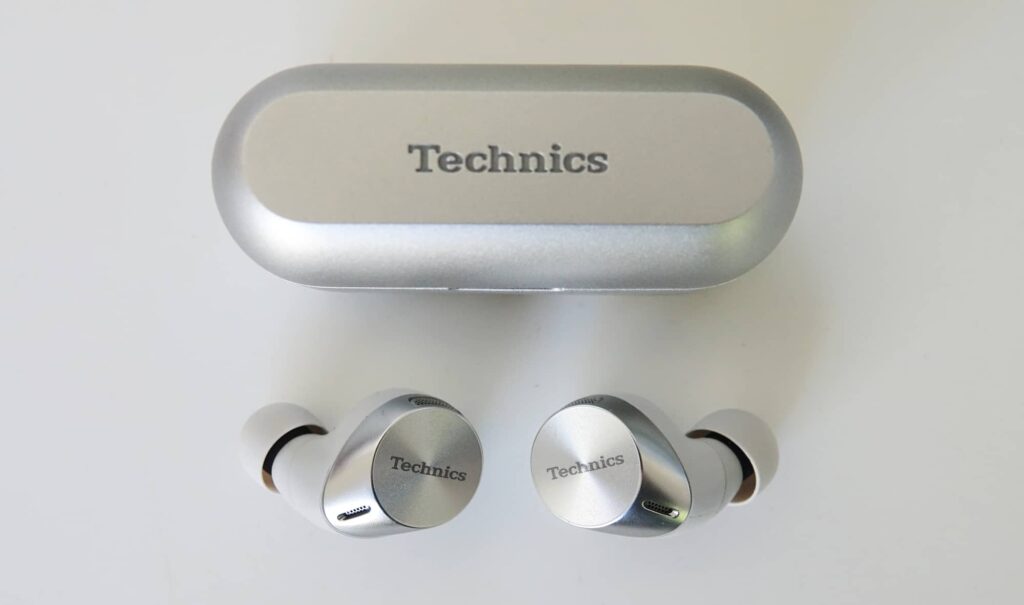 Adopting a stemless design has been more the norm for Technics, something we saw back when we reviewed the AZ70W, what appears to be the predecessor. In the AZ60, the design is largely left the same: stemless and a drop in the ear, they’re not going to get you confused for wearing any other earphones, specifically those made by Apple.

So no, they look nothing like an AirPod, instead using an earphone design that nestles in the inner-ear nicely, while leaving a button on the outside, as well as four microphones per ear. There are several items of silicone earpieces in the box, offering up to seven to choose from.

There’s also support for IPX4 water resistance, best known as sweat resistance with a hint of light water (very light rain, basically), with the main controls found on the outside: the large circle with the “Technics” logo inside each.

The use of a sensor in this way isn’t quite as advanced as swipes and gestures, though on a small spot, we’re not expecting the level of control Sony manages with its WH-1000XM5 headphone touch pad.

Still, the AZ60’s touch sensor is basically a step above a click button, so rather than click a clunky and awkward button to pause and play music, you’re instead trying to apply light taps, not unlikely what you’re forced to remember with Apple’s AirPods and squeezing the stem for pause, play, and so on. 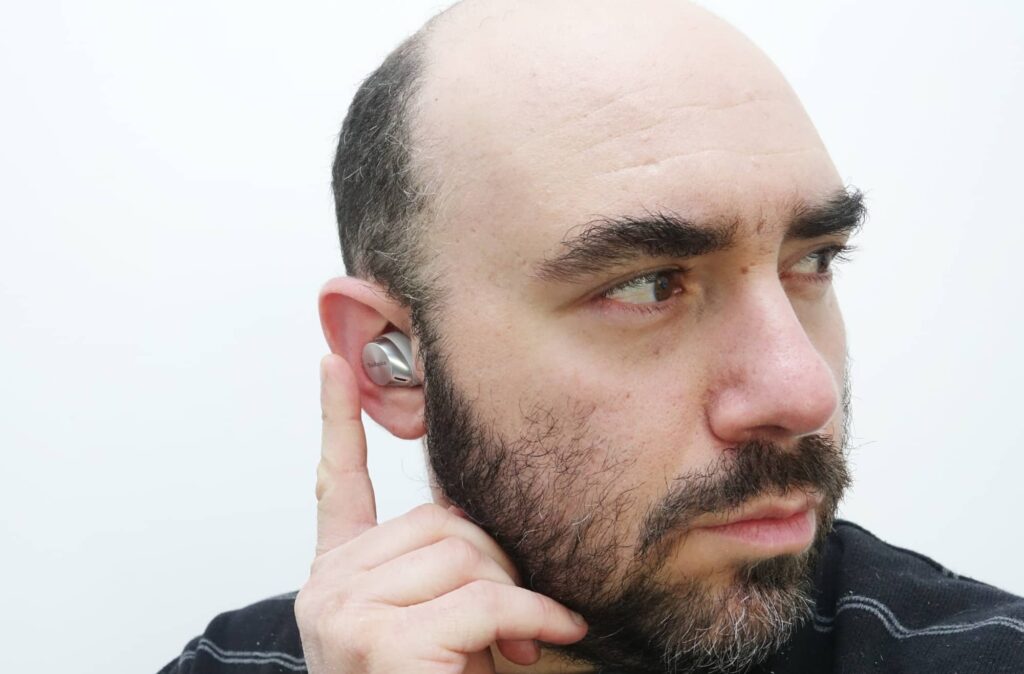 The most important part of reviewing and using any pair of earphones will come from how they sound, which is an area we need to talk about.

Like all of our sound reviews, we’ll be using the Pickr Sound Test to get this done, and that starts with electronic, as Tycho and Daft Punk deliver a nice sound with a decent balance and a good thump to the bass. You’ll hear the drop in Tycho’s “Glider”, while the drums and percussion are tight and solid in the tracks we hear from Daft Punk, as well.

It’s a similar effort over in pop and R&B, with a vibrant sound in pieces by Carly Rae Jepsen and Ariana Grande, with Charlie Puth’s “Done For Me” offers a surprisingly wide soundstage. In our test, we were almost convinced the sound was warm thanks to the solid work on the lows, but it tends to skip the warmth on the mids, appearing as great in the highs and lows, with the mids just behind, only ever so slightly.

Not quite bright, but closer to balanced, we found Maroon 5 and FKA Twigs demonstrated decent balance and detail, while rock and jazz cleared things with a nice attention to the sound all the same. 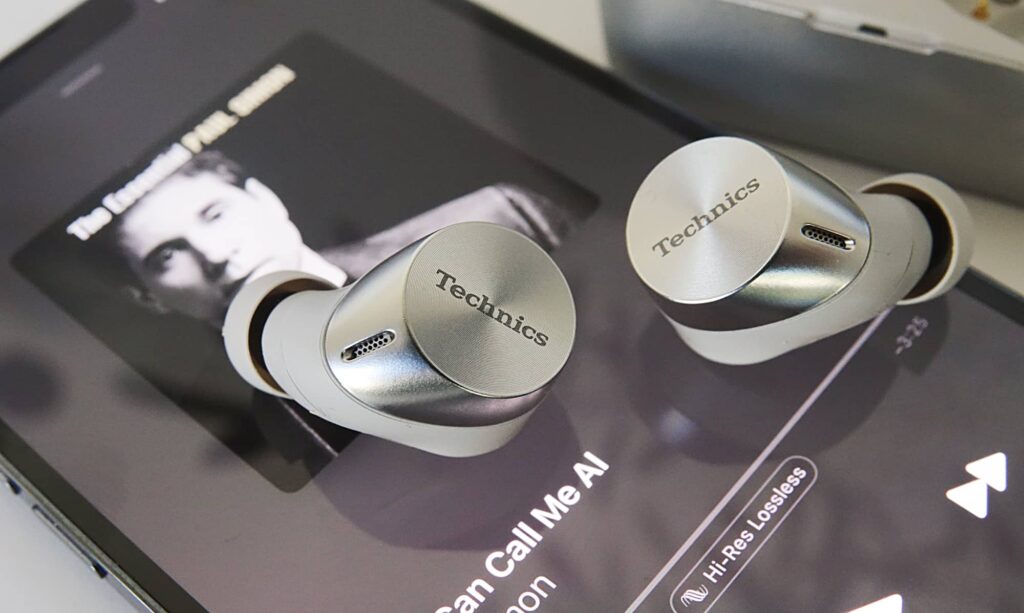 Paul Simon’s “You Can Call Me Al” continues to be a great track to test with, and was so here, with solid low end, mid-range, and high-end sounds, enough to tell you that what you’re listening to in the Technics AZ60 is balanced enough for our ears, and likely yours, as well.

The mostly balanced result is great for regular listening and even fine for when the noise cancellation is switched on, but when you move the settings to ambient mode, you may find the microphones sound very bright by comparison. Any outside sounds coming in through the AZ60 while listening to the transparency mode will sound high-focused and shallow, rather than the realistic shift other earphone options provide.

It’s not quite the transparency mode from the Beats Fit Pro or even any other recent pair, but since we’re not living in these earphones at all times, it’s also easy to forgive. 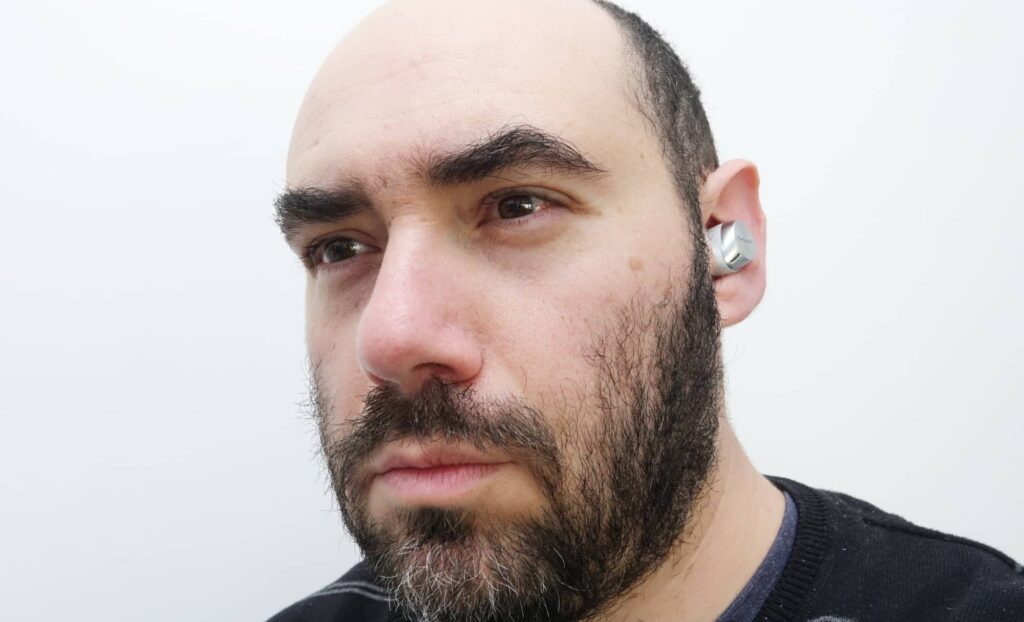 On the other hand, the battery life in the AZ60 earphones is perfectly fine, sitting with the regular dose of up to 7 hours we’re used to in noise cancelling earphones provided you keep the audio compressed, with the almost high-res LDAC playback cutting a couple of hours out. Mind you, if you’re using earphones for higher resolution sound, you’re probably fully aware the battery life will be the next thing to lower slightly.

So we’re not terrible fussed by that — 5 to 7 hours is about the norm for wireless noise cancelling earphones — but we wish Technics had wrenched a little more life out of the battery in the case.

You can get up to 28 hours from the Sennheiser Momentum True Wireless 3, a favourite for this reviewer in 2022, while last year’s Sony WF-1000XM4 matches the 24 hours Technics is delivering in this model. It’s a minor thing, and about the norm, but worth putting out there.

The price isn’t bad, either, competing with models in the high-end around the $400 mark, but just managing to edge in a little lower.

Available for a recommended retail price of $379 in Australia, but able to be found between $265 and $340 depending on where you look, the Technics AZ60 competes just under where we’re normally seeing the high-end run for. With premium ANC earphones fetching closer to $400 to $500, the Technics AZ60 offers a premium sound for a price that pushes below what premium typically covers.

In short, they nail value quite well. 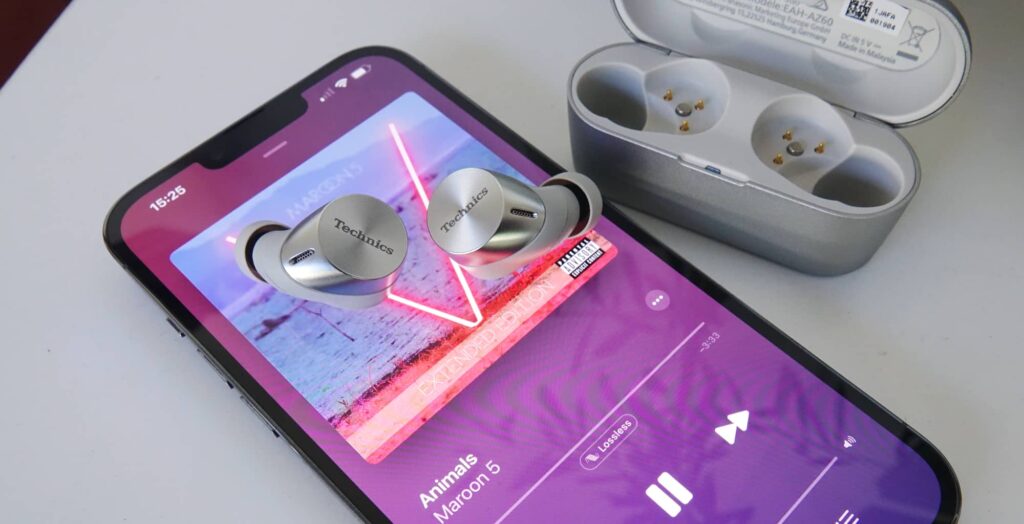 You won’t get wireless charging as part of the package, a shame given other earphones around this price wouldn’t hesitate to offer that. That’s become something of a norm these days, and it’s missing in action here, but so is more attention paid to the app, which is one of the weaker parts.

The Technics “Audio Connect” app offers a dial in control for noise cancellation plus a switch to ambient sound, and then some basic features for EQ with some acceptable presets, and then just the settings. You can customise the controls slightly and there’s a “find headphones” feature, and the LDAC feature is buried in settings, though it’ll switch off multipoint if you want it.

There’s nothing necessarily wrong with the app, per se, it just needs more finesse. It lacks the degree of control and phone-connected GPS tracking you can find in other earphones, and ultimately just feels like the part of the earphone design Technics hasn’t thought too much about.

One other area we’d improve on would be the noise cancellation. Sure, it’s fine, but competitors offer more in the way of quelling the outside world, and we had the spot of the outside leak in a little more here. 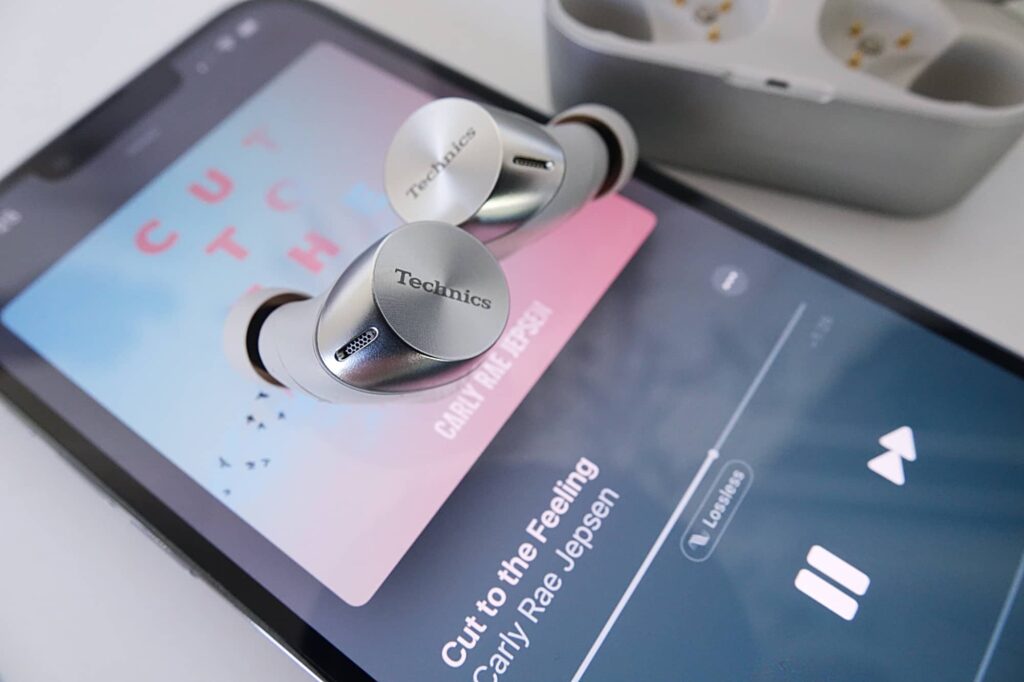 More than anything else, Technics’ second-generation ANC earphones feel like they’re focused on great sound quality, and that’s nothing to be ashamed off.

A well-rounded pitch, the sub-$400 Technics AZ60 deliver a comfortable and nicely balanced pair of earphones for the price. It’s not quite as strong as some of the options from other brands, but if you can find the AZ60 for closer to the $300 mark, you’ll be laughing. 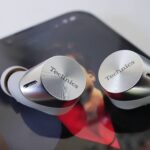