Belkin Soundform Mini Wireless reviewed: your kids will dig them

Need a pair of inexpensive cordless headphones for the kids? The Belkin Soundform Mini Wireless could be the go, though there are some things you should know…

Keeping the kids entertained during a trip means headphones, but they’re not always cheap or even made for little ears.

While you can get cheap earphones from practically anywhere — even your supermarket — they’re typically made for larger ears, and not at all suitable for the small ears of your kids. And even if the size is closer (which they’re often not), they also don’t have a way of limiting sound, which is something kids headphones often cater for.

Last year, a pair of kids headphones even managed to knock our socks off, as JBL’s JR310BT took out a “Best Pick” award for kids technology, provided you had a good $70 to spend on your kids.

But what if you don’t? What if you have about half that to spend on a pair of kids headphones, and yet still want something that fits the bill?

For that, you might want to turn to a pair from Belkin, which manages to get the price down, even if they come with a few caveats. Is the Belkin Soundform Mini Wireless a pair of headphones made for your kids? 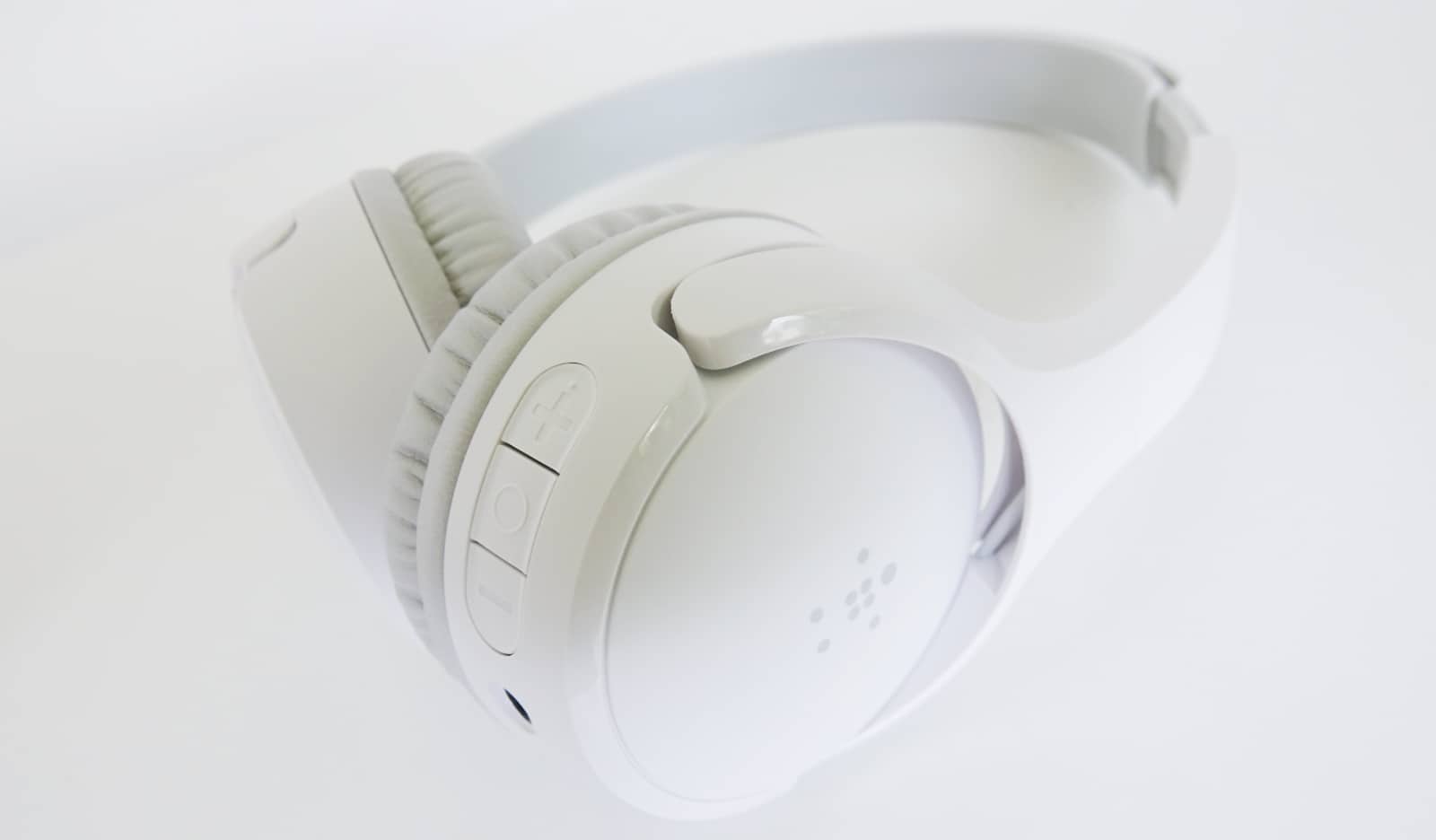 Rather than go for the totally cordless approach, Belkin has built a pair of plastic headphones made for small ears with some heightened durability to survive drops and such — things kids will do — while also supporting an 85 decibel (dB) maximum listening volume, somewhat protecting ears. At least in theory.

The Soundform Mini Wireless headphones run on Bluetooth but can also work with a 3.5mm headset jack, and there’s a built-in microphone if your kids want to use them for video chats, as well.

Other than that, they’re just basic headphones. There’s no foldable design nor is there anything special about how they look.

The Belkin Soundform Mini On-Ear Wireless Headphones are just headphones, and small headphones at that made for kids. 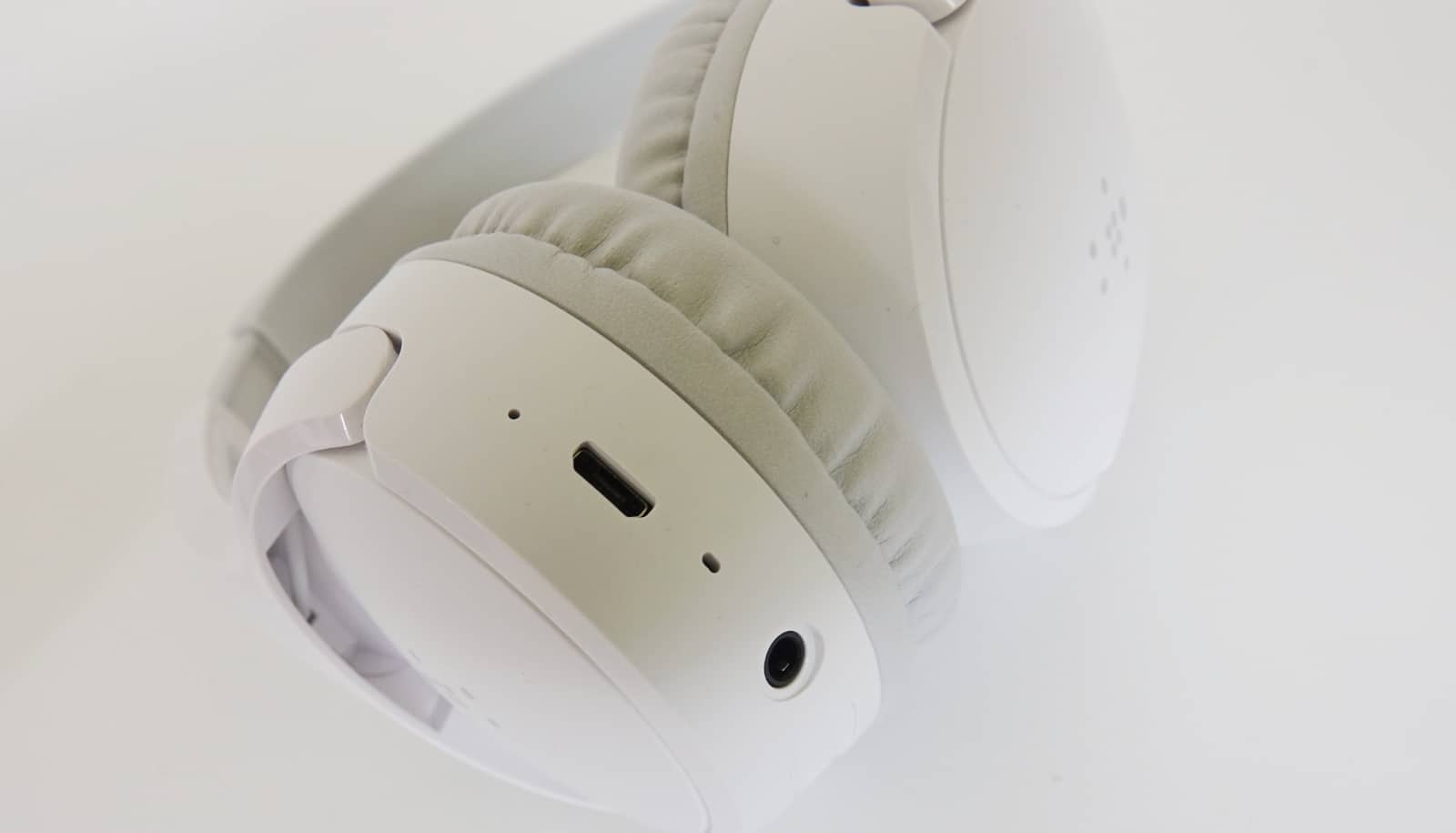 Even though Belkin calls these things the “SoundForm Mini On-Ear Wireless Headphones”, a real mouthful of a name, your phone will just pick them up as the “SoundForm Mini BT”. Don’t be shocked when that extra long name doesn’t pop up, because it’s a small name for a small pair of headphones here.

Using them, however, is quite simple, thanks in part to three buttons that need a bit of a heavy press, a good thing given it means kids won’t accidentally press them to rise the volume.

There are three buttons on the bottom of the Soundform Mini wireless headphones, with a volume up and down button flanking a pause and play controller, though double pressing either volume button will skip forward or go back a track.

That’s it. No gestures, no extra buttons, just a primary volume, pause, play, and then double clicks for skips.

Connecting the headphones up with your phone or tablet should be easy given it’s just Bluetooth, and once you’re there, you are good to go. You can also choose to use a 3.5mm cable if you like, which is included in the box. 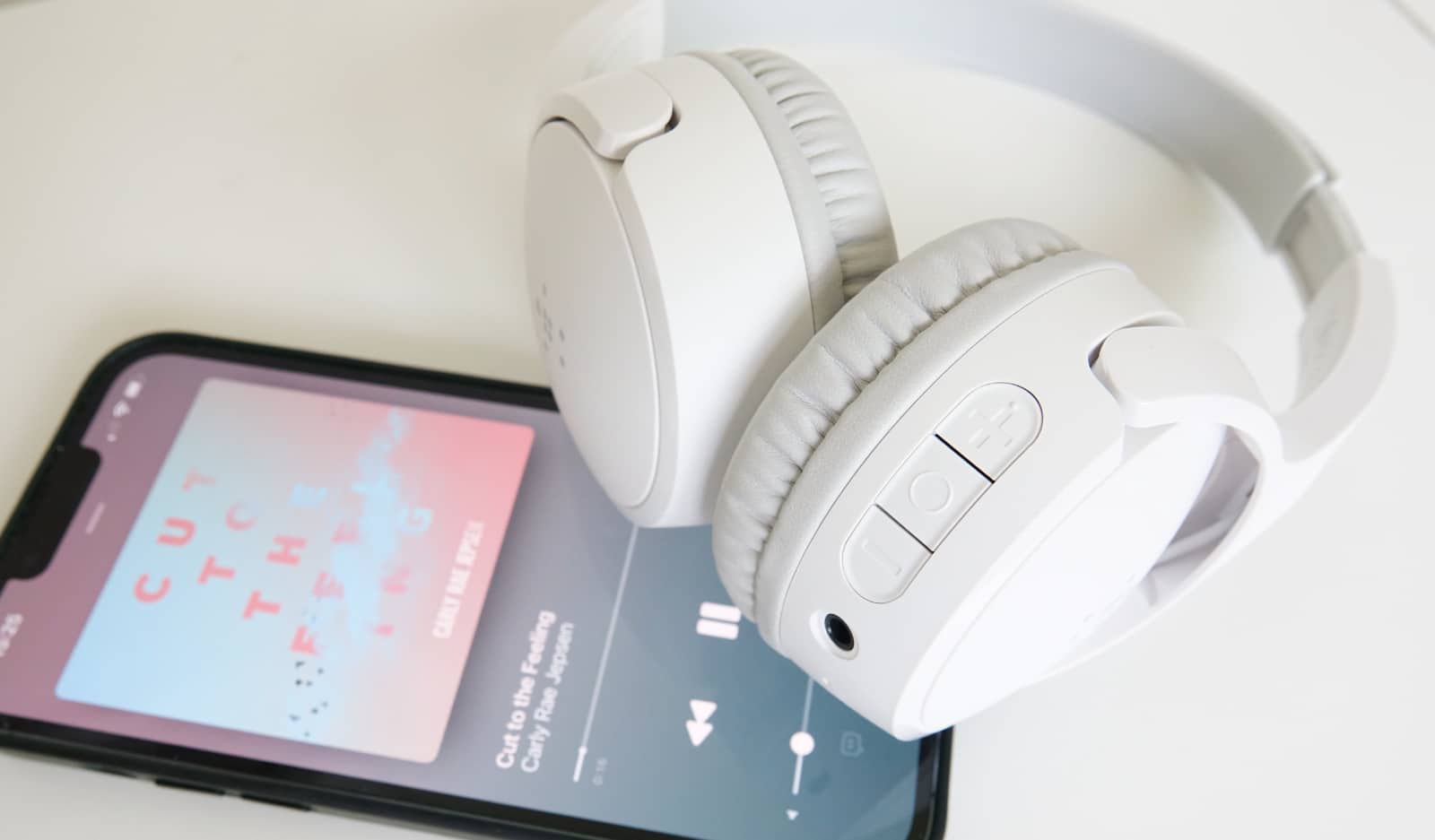 Tested with the Pickr Sound Test, which you can listen to for yourself, we found two outcomes with the Belkin Soundform Mini Wireless On-Ear headphones.

For instance, in the electronic of Tycho and Daft Punk, we were surprised to find the range was decent, though the highs definitely led, the bass was evident, but the sound comes off as shallow and lacking.

Pop and R&B from Carly Rae Jepsen and Ariana Grande was decent with nice highs and mids, plus acceptable bass, but the overall feeling was a touch wispy and lacking, with Mark Ronson’s percussion and other beats and in “Uptown Funk” reading as muffled and not quite as clear.

The shallow sound was pretty consistent regardless of what we listened to in the Soundform Mini headphones, but you know who didn’t care? Our child. 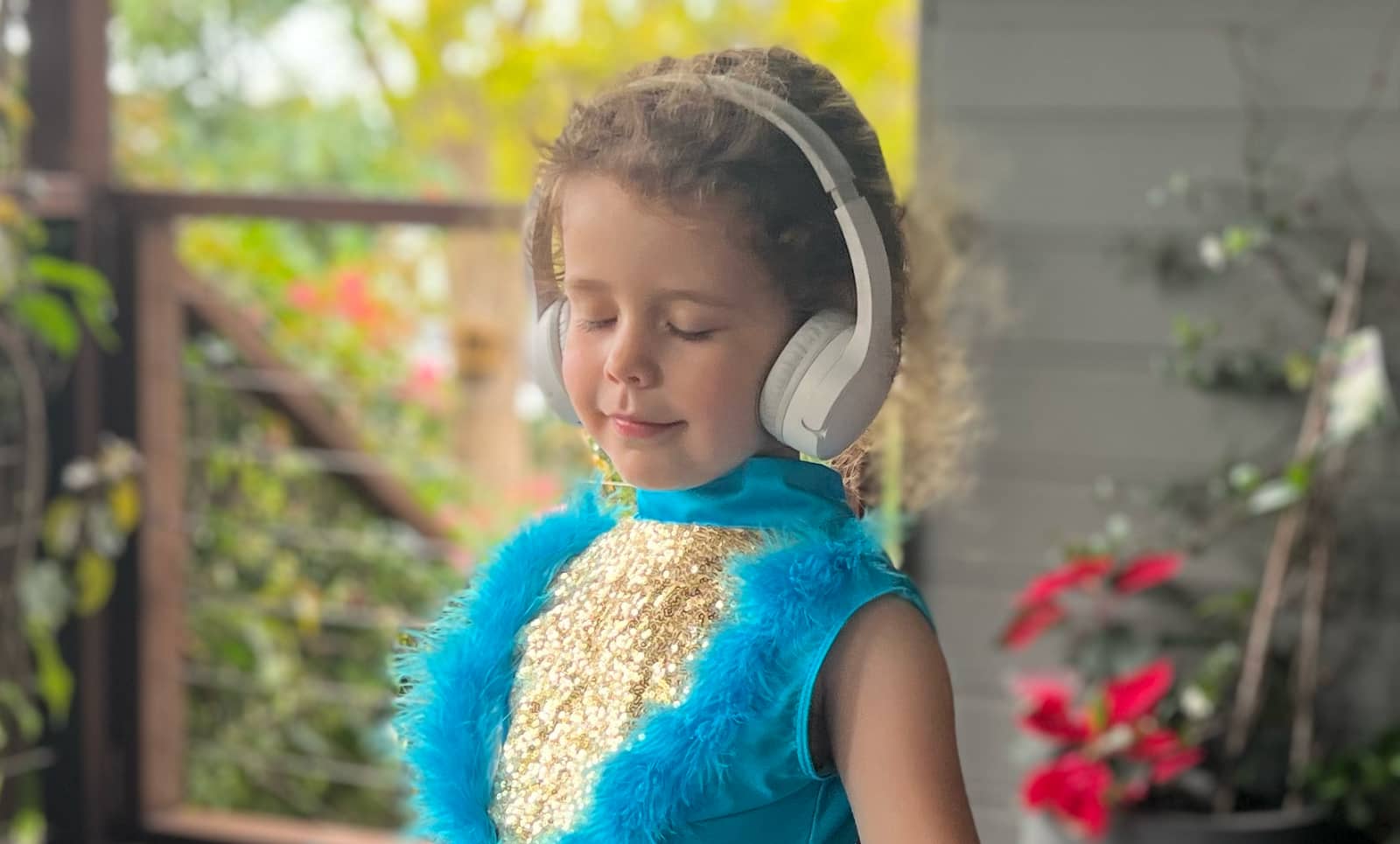 Donning the surprisingly durable plastic headphones that are the Belkin Soundform Mini On-Ear, our four year old jumped and danced and sang and just really had a lovely old time stealing the headphones and listening to them.

There are arguably better headphones out there, and you don’t have to look hard to find them, but it didn’t matter. Even if the sound isn’t top notch, your kids won’t care. These are acceptable, but more importantly, your kids will probably love them.

While the sound performance isn’t perfect, the battery is a little closer to a definition of that, getting up to 30 hours before needing to be plugged in.

We wish Belkin had opted for the more useful USB Type C standard instead of its reliance on Micro USB, especially given the latter is older, but it’s a minor niggle.

All up, the 30 hours means the Soundform Mini headphones can survive a long road trip or a really long flight. You won’t get noise cancellation, so it’s not going to drown out the engine of an aircraft, but like the quality of the audio, your kids probably won’t care. 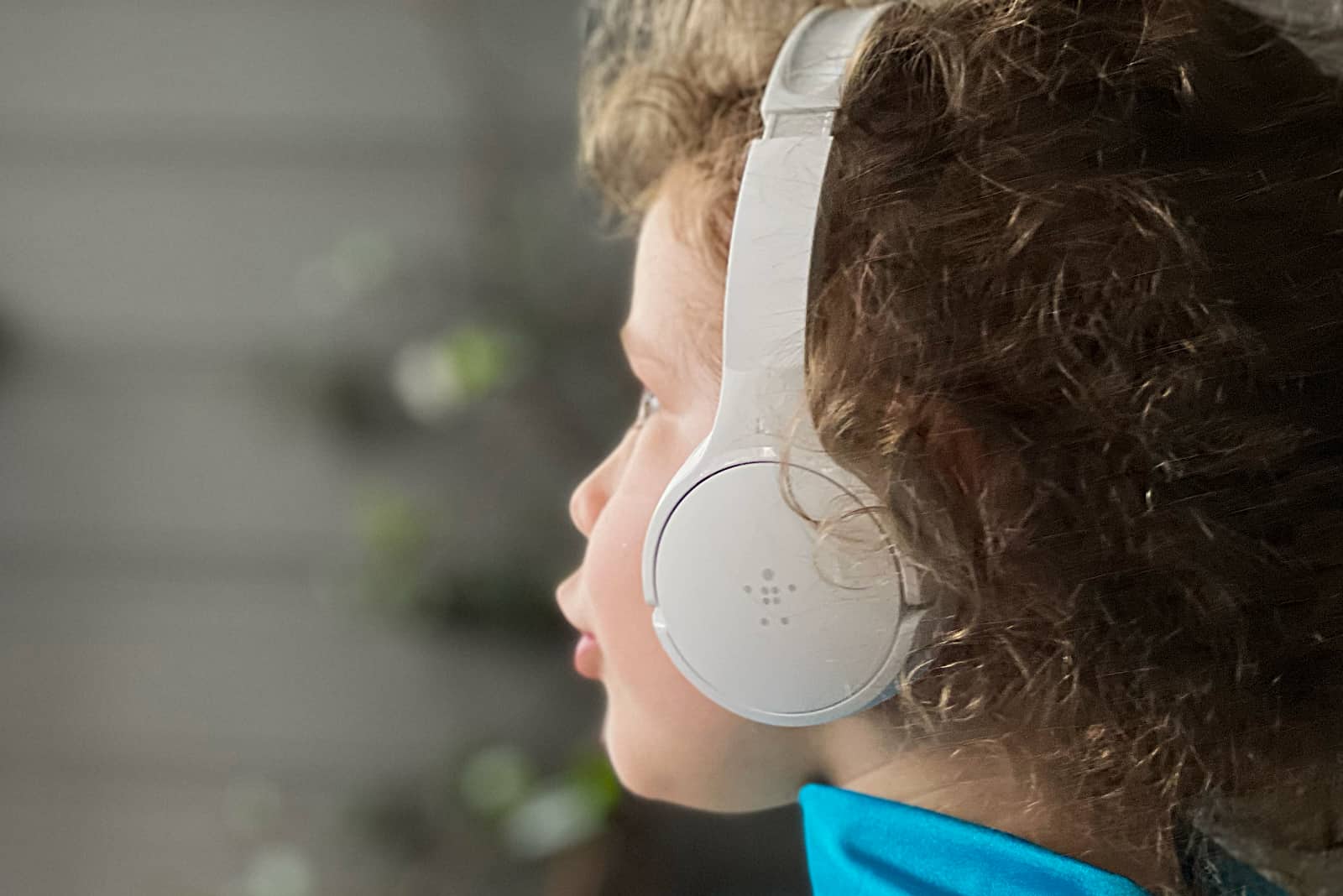 However you’ll probably care about the price, because it is low. Quite low.

Coming in at a hair under $40 in Australia, the $39.95 Belkin Soundform Mini headphones is definitely a play for parents who don’t want to spend much, and for that it definitely gets points.

Wireless headphones typically start at the $50 mark, so hitting beneath it is a rather nice achievement for Belkin in Australia, and gives parents a bit of a break, at that.

As good a value as Belkin has struck with its inexpensive wireless earphones for kids, we have some niggles with the headphones worth pointing out, starting with the volume.

While Belkin notes these go up to a max of 85dB, they kind of start loud and just get louder. Zero volume is exactly what you’d expect, but a hair above zero — let’s call it “1” — is actually relatively loud, and around the 2 or 3 mark should see your children comfortable.

The downside for this could both be a problem for kids with sensitive ears and accidental misuse. On the former, it means there’s not a lot of control to keep the sound low, which is largely one of the main points for a pair of kids headphones. On the other side, there’s the controls, and while they require a firm press, accidental presses and random volume changing on a device mean the Belkin Soundform Mini headphones might accidentally be too loud rather all too easily.

We get it: headphones can get loud, but the Belkin Soundform Mini start loud and only get louder. They don’t feel at all tuned for little ears, even if that’s the selling point.

They also can’t be folded up, which we found a little surprising given they’re built for kids, an audience that will likely be a little more punishing in how they play with the headphones, at least in comparison to adults. They’re at least somewhat durable, but given they’re made for kids, you’d hoped they were a little resistant to, well, everything. Kids specifically.

And speaking of kids, we have one more request: stickers.

Maybe we’ve been spoiled by the best kids gadget last year, but the obvious competitor in the JBL JR310BT came with stickers because they were headphones for kids, and kids naturally will want to decorate their gadgets. The Belkin Soundform Mini do not, and it’s a bit of a missed opportunity, to be honest. You can easily bring your own, but we’d like to have seen something kid-focused in a box of headphones for kids. 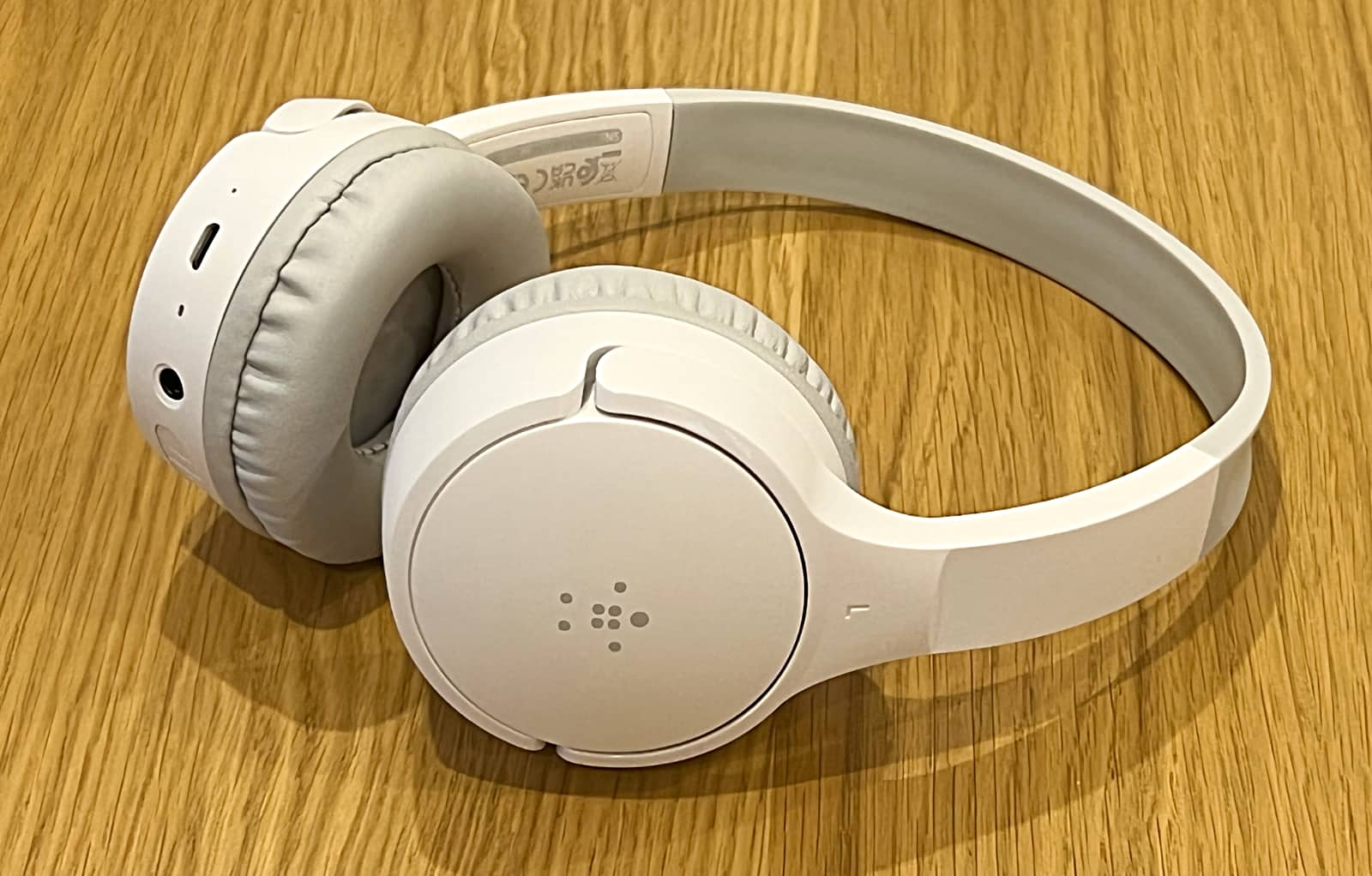 Even though the sound could be a little better, Belkin may have a winner for parents in the Soundform Mini wireless headphones.

Between the cost and convenience, not to mention the decent sound for the price, your kids will dig them, and your wallet will, too.

You can find better sound if you look, but if saving money and keeping the kids entertained is the main goal, the Soundform Mini Wireless Headphones are well worth checking out. Just make sure to monitor that volume, Mum and Dad. 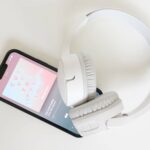 Belkin Soundform Mini Wireless Headphones for Kids
Features
Design
Performance
Ease of use
Battery
Value
The good
Truly inexpensive
Both wired and wireless
Somewhat durable design
Provides some balance, even if the sound isn't the best
The not-so-good
Somewhat shallow sound
Low volume lacking: volume goes from zero to relatively loud
Can't be folded up
Made for kids, but no stickers in the box :(
3.3