It’s not just JBL with a pair of kid-friendly wireless headphones, it seems.

You might not have paid attention to our best tech of 2021, but fun fact: Pickr’s choice for kids tech of 2021 was a pair of headphones for little ears. In a year where a pandemic practically kept everyone at home, you could probably understand why, too.

With most families stuck at home during the 2021 extension of a pandemic started the year earlier, you could probably understand why, especially if school was going to be mostly at home.

This year, that seems unlikely, even if Omicron is raging, a decision we’re not entirely sure about given the healthy and safety of both kids and teachers.

However, just because kids are going back doesn’t mean kids headphones are now useless. In fact, keeping them working while listening to music might be the go, especially given most headphones aren’t made for kids.

The difference between headphones for kids and headphones for everyone else is typically listening volumes, with kids headphones maxing out at a decibel count to protect young years, while adult headphones do not. Adults are expected to manage their own volume accordingly and hopefully not do damage to their hearing, while kids probably won’t think about that, and so are locked to a specific decibel rating.

The latest headphones from Belkin’s recent introduction in the area in Australia (or re-introduction, we should say) use that 85dB volume cap on wireless, but include a 3.5mm port for wired connections, too, which disables the volume cap. If you keep them on wireless, however, that 85dB max will stay, and a microphone can be used inside the headphones as well, working with video calls to let kids talk, as well.

Belkin talks up a durability with the headphones, reportedly able to withstand spills and accidents, as well as a maximum battery life of 30 hours and an Australian price of $39.95, but what it hasn’t mentioned is sound quality. Recent Belkin earphones have been brighter than we expected with a hollow-sounding quality, something kids may not pay attention to, though something we will, especially when the benchmark for kids headphones is a surprisingly good pair of JBL wireless headphones, the JBL JR310BT.

But we’ll let you know what the SoundForm Mini On Ear Wireless Headphones are like when we play with them, which ahead of the back to school season should be pretty soon. 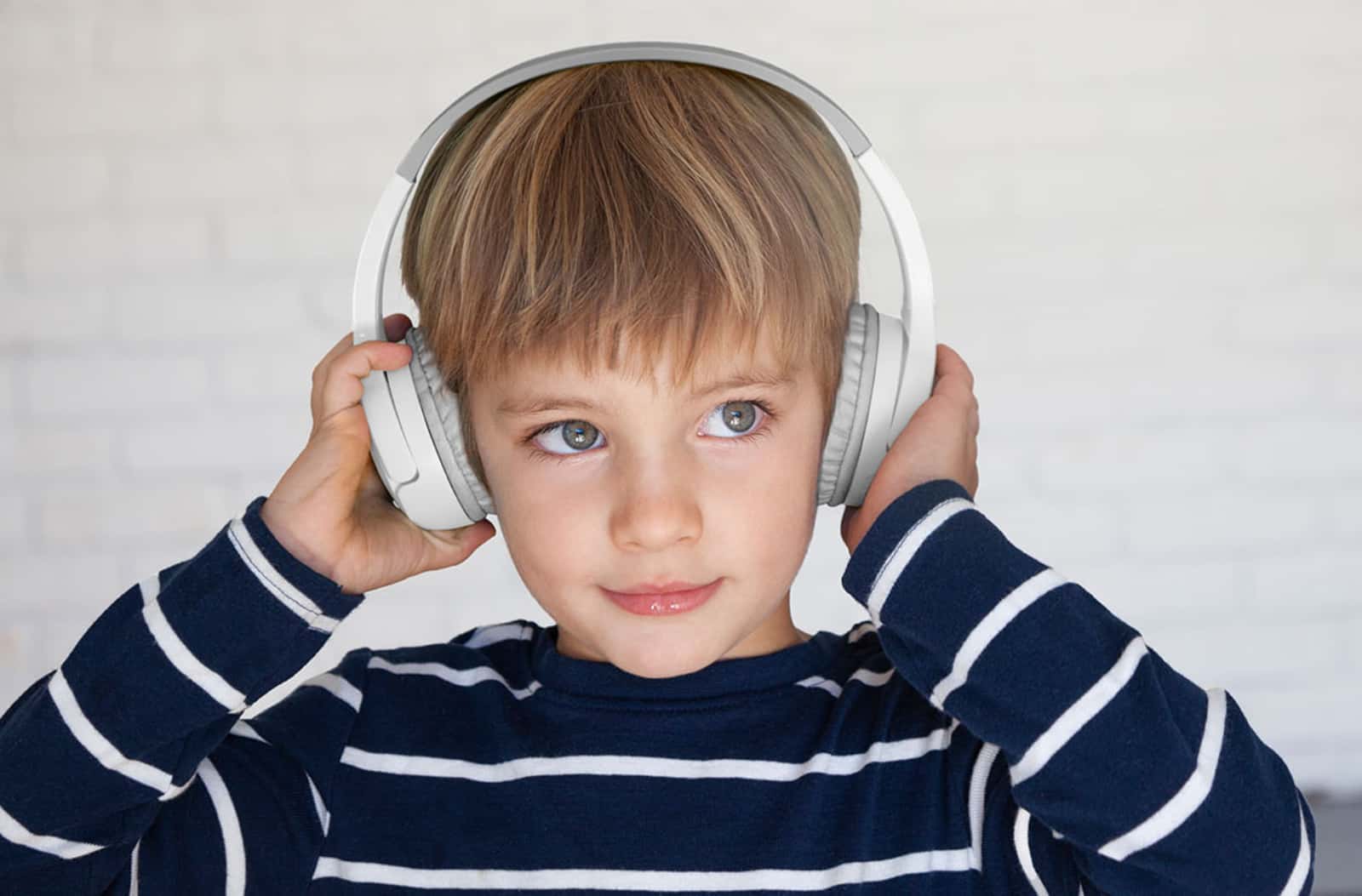