It’s been so long since we had the time to play through a full game, but Microsoft’s Xbox Cloud Gaming makes it possible to play and finish games at home and to go.

It feels like it’s been so long since I played a game. The Xbox gathers dust, and the only time it feels like I get to hear the beep of the power sound is when the four year wants to connect with Disney characters in Disneyland Adventures, because Covid has clearly put the kibosh on a Disneyland visit for some time.

I could play them on my phone if they existed there, but they don’t, a frustration gamers would have felt time and time again. You can find plenty of games on your phone, through Apple Arcade and Google’s equivalent and such, but they’re not the same thing as what can be found on the Xbox or PlayStation, and even though the graphics can be similar, you pretty much still need a console if you’re to play “console-quality games”.

Microsoft’s Xbox Cloud Gaming concept on the Xbox Game Pass Ultimate subscription could just make the physical console obsolete, and more importantly, it means gaming from anywhere is now entirely possible. Could this idea let us play games without being in front of the TV?

What is Xbox Cloud Gaming?

Rather, Microsoft uses your Xbox account and provides access through either a dedicated app or a Progressive Web App, also known as a “PWA”. If you’re on Android, you can simply download the Game Pass app, while everyone else can just head to the Xbox site and load up the “Play” section to log in and play, streaming an Xbox from the cloud and linking your profile and save games to that virtual Xbox.

What can you find it on?

You’ll of course need an Xbox Game Pass Ultimate subscription to play, but outside of that requirement, you simply need a device with the app or a web browser.

Of course, you can bring with your own controller if you like, though not all play nicely: Android liked our wired Xbox controller, as did macOS, but iOS didn’t, so your mileage may vary.

However we had no problem running Xbox games on a variety of devices, so while the controllers mightn’t always work, the games seem to. Microsoft hasn’t mapped controls to keyboards yet, so you’re still going to want a controller of some kind, though there’s some on-screen love depending on the game, as well. Kind of like an emulated game controller, but also not always.

Regardless of what method of control you have, Xbox’s cloud service runs and runs well, bringing the idea of streaming to high-end games in a way that makes it feel as if you’re playing with a piece of the future.

Amazingly, Xbox Cloud Gaming runs fine on nearly everything. We suspect that comes from the strength of how Microsoft has leveraged web browsers, but basically all you need to make Xbox Game Pass work is a web browser.

We ran it during our Samsung Galaxy Fold 3 review and over on the iPhone 13 Pro Max, on last year’s mid-range Google Pixel 4a, and even on a MacBook Air, which gave us a bigger screen overall. We grabbed a smaller phone in the Galaxy Z Flip 5G and ran Gears Tactics which noted it was “Optimised for X/S”, neither console we owned, and while there was a hint of lag on occasion (possibly from our network), the system handled every device in much the same way: very, very well.

You’re effectively playing a web stream over your browser, which means all you need is a browser, and you’ll get the game you want to play.

If you have wireless headphones, the sound will go through that. If you bring with an old Xbox 360 controller and plug it in, that’s how you can play. If you opt for a recent wireless Xbox controller and connect it wirelessly, play with that. Alternatively, there may be touch controls available for a game you want to play.

There are options for the cloud Xbox service, and it’s not just a way for you to get around playing on your Xbox, but a way to bring it where ever you are. Legitimately. 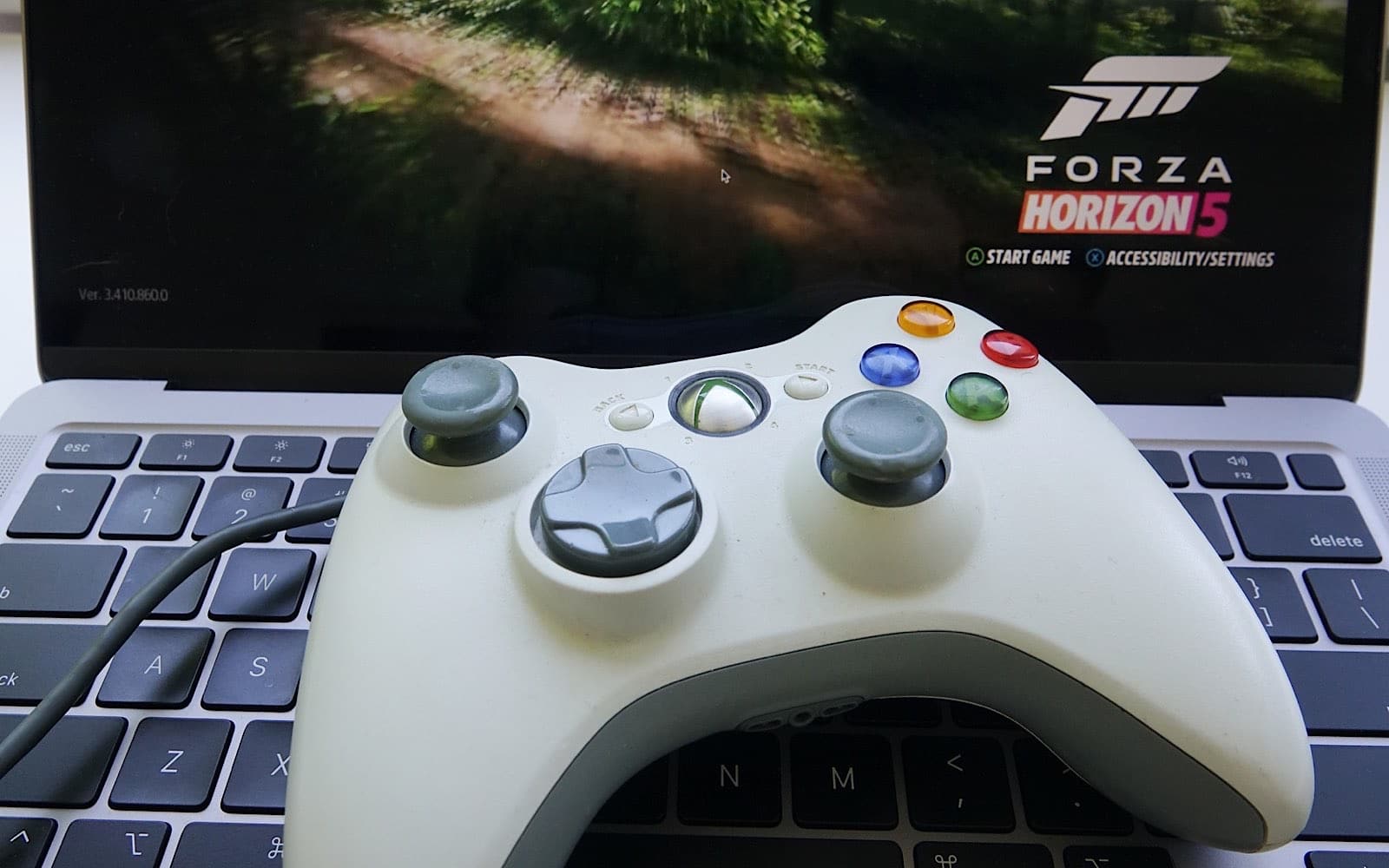 One of the things you mightn’t expect from Xbox’s online service is immediate compatibility for your save games, and that can be a little bit trial and error.

For instance, if you want to migrate from the big screen to the smaller one, that’s easy. You’re not installing any games on your phone, tablet, or computer, and really, the portable version is just letting you access your synchronised save games, so it’s good to go.

Going the other way, though? That’s a little bit different.

Games on Microsoft’s cloud gaming service are the full version with all the fix-ins, meaning they have all the DLC and everything extra downloaded, so if you try to open the same save game on your actual Xbox, it might not work, something we experienced playing Mass Effect: Andromeda. To fix it, we needed to go into the game’s downloads on the physical Xbox and download the rest of it to the console before we could make those save games work. It’s a minor thing, sure, but a factor you may encounter.

Is it good value?

The other thing we’d love to see if a price shift, which is fine, but it could be a little more affordable.

At the moment, Microsoft’s Xbox Game Cloud costs $15.95 per month to get the games on Microsoft’s Game Pass and EA Play, bringing them together in the one “ultimate” pack. However, the standard Xbox Game Pass is $10.95, and lacks both EA Play and Game Cloud, making it a bit of an up sell to get remote gaming.

We’d love this to be a standard feature of Game Pass, but we can see why it isn’t, and at the moment, the value isn’t terrible if you’re gaming for a good two years, at least.

With an Xbox Series S costing $499 without games, you’d be paying for a little over two years of the $15.95 per month cost of Xbox Game Pass Ultimate to equal the price of the console, and that’s excluding the cost of the games you might want to buy alongside. That makes the pack largely worth it, and you mightn’t even need the console.

As it happens, owning an Xbox isn’t even a requirement to use the Xbox Game Cloud service. Rather, you simply need to have ultimate’s $15.95 monthly subscription and away you go. You could technically upgrade to the big screen experience later on with a console, and all your save games would be in tact, waiting for you if you decided to buy one later in life. 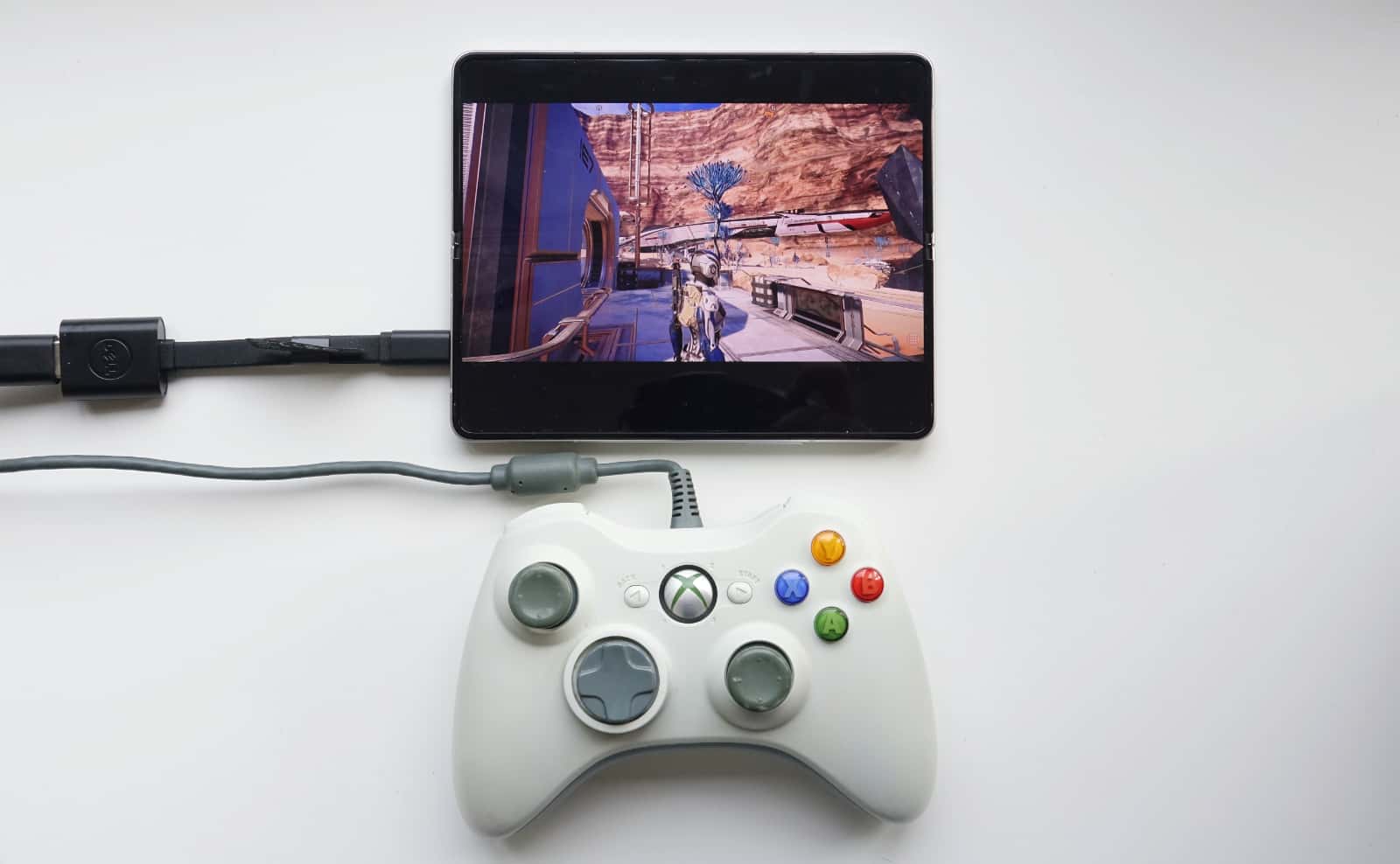 The thing I’ve loved about Xbox Cloud Gaming so far is just simply that it has managed to get me gaming again.

I’m serious: cloud access to an Xbox has had me gaming once again. It’s a glorious feeling, too. I’m playing the games I’ve not been able to play for years, because I don’t need to spend them sitting in front of a TV.

I can play them from my phone with a controller plugged in, rather than tie up the big screen with something else. I can also play from my computer, plugging in an old Xbox 360 controller because I’m trying to use what I have, rather than simply buy another controller solely for the sake of gaming on the go.

In a family where the console is often out of action because there’s a movie or TV show going, being able to game from any device is making a big, big difference, and one worth singing about. Xbox Game Pass Ultimate is totally worth the admission price, and Xbox Cloud Gaming a genuinely compelling feature. Highly recommended. 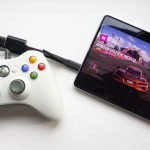 Microsoft Xbox Cloud Gaming
The good
An easy way to play Xbox from pretty much anywhere
Works on nearly every device, typically through a web browser or app
Supports Bluetooth audio
Some games support on-screen controls if you don't have a controller
Allows you to save your own games to your Xbox profile
Doesn't actually need you to buy an Xbox console to play
The not-so-good
Only available to Xbox Game Pass Ultimate subscribers
Save games aren't always directly compatible going back to the original Xbox (but there are fixes)
Sound drop outs are somewhat expected
4.5