Noise cancellation headphones can cost an arm and a leg, but the Razer Opus X sets a low price for a warm sound.

Even though noise cancelling headphones aren’t exactly a new technology, finding a pair that offers both the ability to cancel out the world and deliver great sound all for a value-driven price, well that’s not always easy. Often, you need to pick two.

But not everyone is doing the same thing. In fact, the gaming brand Razer has been dabbling in noise cancellation headphones for a little bit of time now, and in its latest, the Opus X, the plan is to get all three bundled into the one pair of headphones. Does it work, and are the Opus X headphones a value worthy of your ears and wallet? 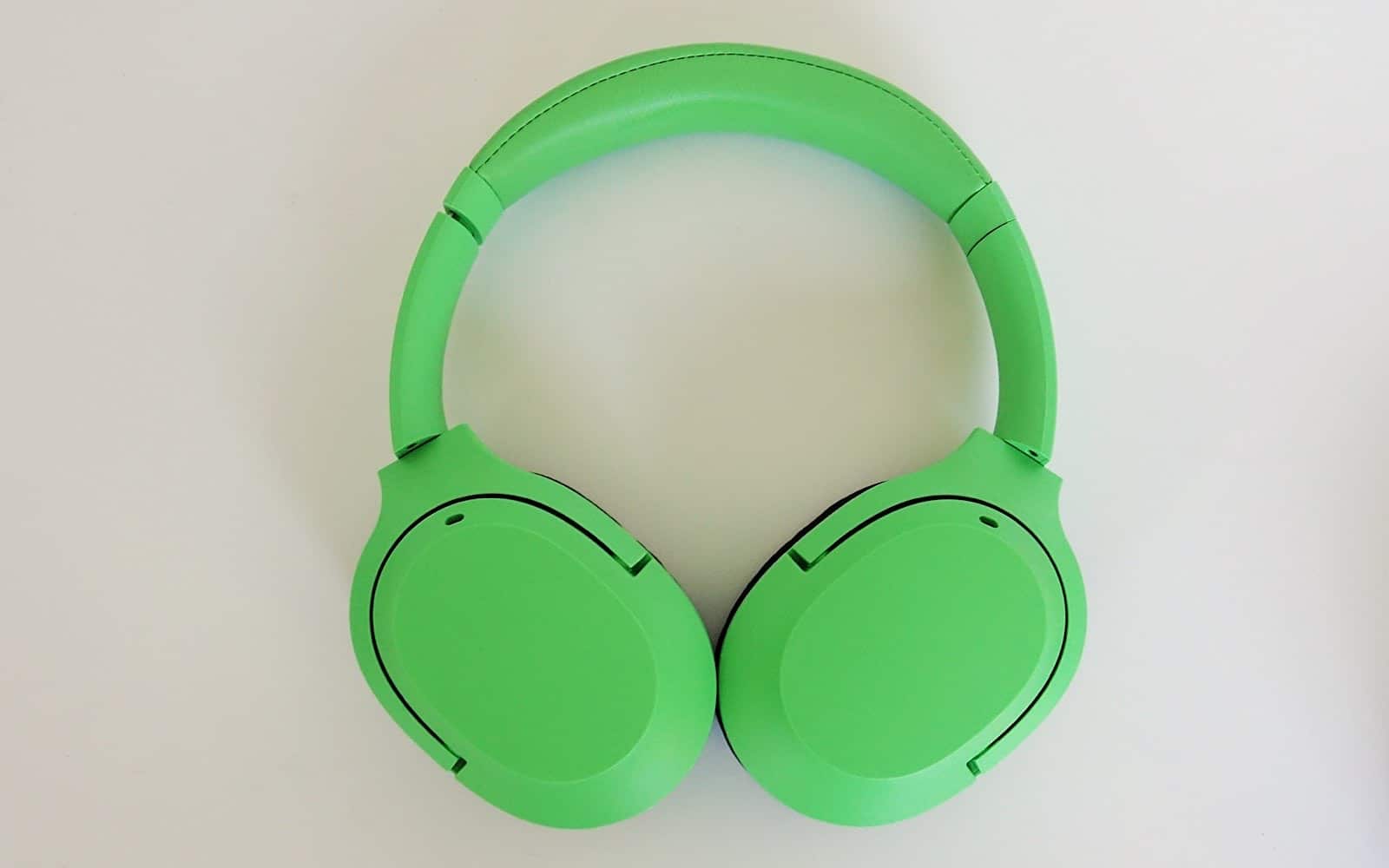 Looking a little like last year’s Razer THX Opus headphones and Sony’s WH-1000XM2, the Razer Opus X are familiar and welcome, provided you’re happy with the paint job you get.

Our Opus X review unit came in bright green, which was a self-conscious colour to say the least, though one we can imagine some would like, and there’s a choice of black and pink if green doesn’t suit.

Inside, Razer has equipped a 40mm driver for each ear, two microphones for noise cancellation and two for chatting, a Type C port for charging (and no 3.5mm headset jack, making them wireless only headphones), with a circumaural pleather pad design, meaning the Opus X fits around your ears comfortably, rather than presses down on them. It’s a design that is immediately familiar and comfortable, and beyond the our bright eye-searing green, is both friendly and easy on the eyes and ears. 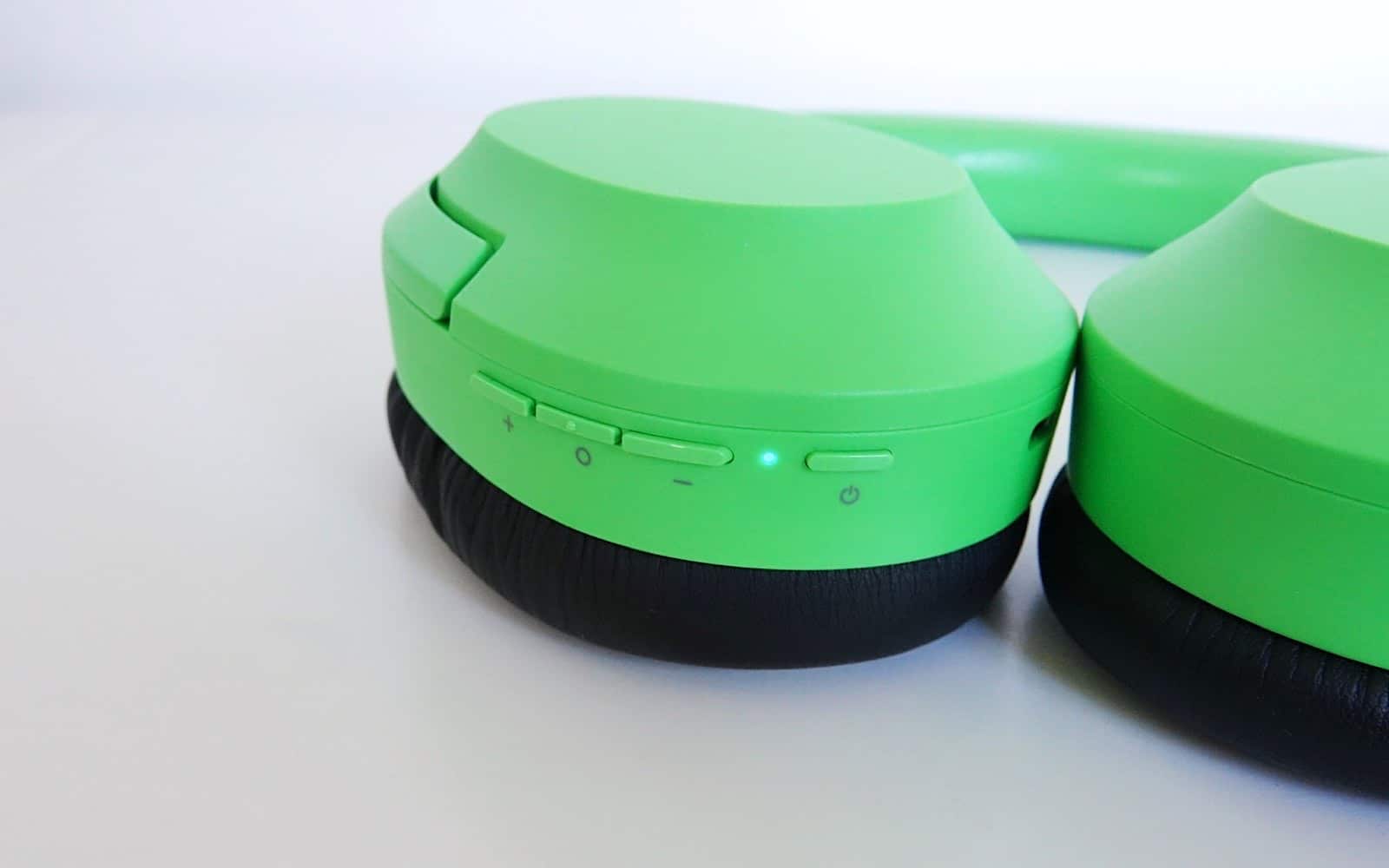 Granted, you don’t get the touch controls of Sony’s headphones, as Razer instead opts for a combination of four buttons and the varieties with which you can push those buttons.

Four buttons, specifically, with volume up and down flanking pause/play, and a power button. You’ll be able to trigger other functions provided you can memorise a list of commands — press the volume once for up or down depending on the side, double press the pause and play button for skipping a track, triple press to play the previous track, and press and hold for five seconds to engage or switch off the low latency gaming mode. Change cancellation modes by pressing the power button, but not holding it down.

In short, the controls are a little simplistic on the Opus X, with Razer keeping one of our least favourite attributes from the THX Opus around for generation two: push button controls that cease to amaze.

Mind you, it’s worth tempering expectations because these are $169.95 headphones, not models that go for much, much higher. 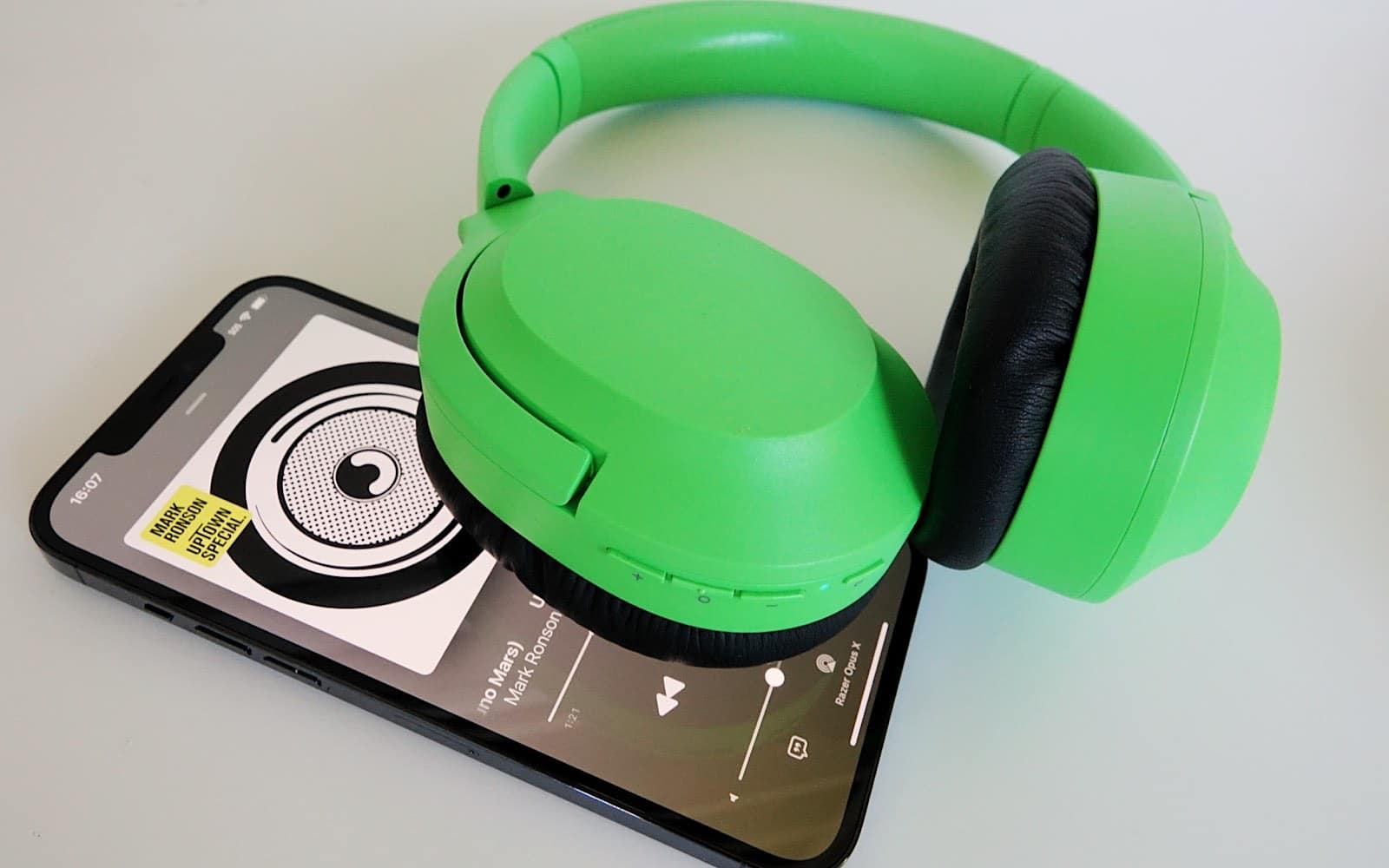 You’d never realise it with the performance, though, because it’s an area where the Opus X shines.

Tested with the Pickr Sound Test, we experienced better sound than we expected for the price, starting with electronic, which delivered a pronounced bass that wasn’t overkill. Tycho’s Glider delivered a spacious sound with more meat in the bass than expected, followed by mids and highs.

In Daft Punk and Carly Rae Jepsen, we were treated to what was almost a reversal from the first-gen Opus headphones, with warmth in the sound, held down slightly by a slightly deeper bass. You’ll find strength in the bottom end in mids, with highs just ever so behind.

Across R&B and soul, we found the bass remained strong, delivering a bold buzz on Charlie Puth and a notable punch on Mark Ronson, but not letting up on the other spectrums.

It’s an experience we could hear in rock, too, with the bass notably delivering a little too much, but not overpowering the rest. Muse, for instance, offered up a deep bass that tried not to overpower, Rage Against The Machine snapped the lows and mids, while Bowie and The Beatles scored pretty much a warm sound, likely because the tracks weren’t overly engineered for modern speakers and headphones.

Essentially you’re treated to a surprisingly warm sound on the Razer Opus X, something we don’t normally see at this price point. 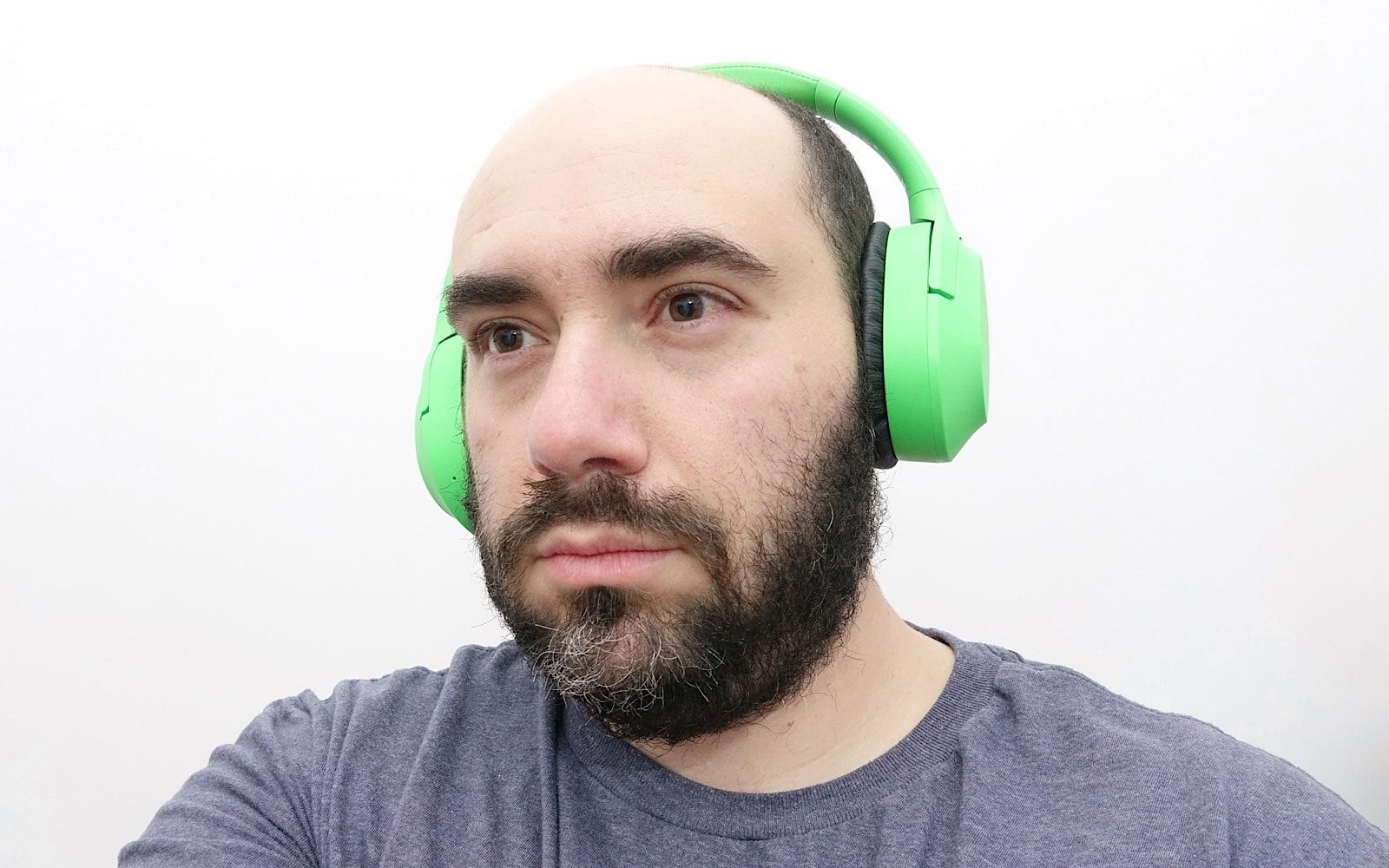 That jibes well with what we experienced, as we found we didn’t need to charge the Opus X throughout the review period, delivering easily a good 25 hours of life with no problems. We suspect the remaining five would have been waiting for us, and if not, they’d be easily charged through the Type C USB port, which is easily common these days.

One area that gets no complaints is the price, which at a hair under $170 makes it feel like these headphones offer stellar bargain.

For that price tag, Razer delivers a surprisingly solid sound amidst mediocre noise cancellation and a rather unimpressive app, but the price for the sound isn’t unappealing at all. It’s a rather appealing proposition if noise cancellation isn’t the most critical reason to buy.

But that cancellation isn’t remotely the best, and really feels like entry level ANC.

While Razer is still relatively new to the active noise cancellation game, the lack of any way of customising what’s on offer tells you just how entry level the cancellation is. It works, by the way, but doesn’t block a tremendous amount of noise, something we tested with various sets of white noise, but found a fair amount seeped back in.

It does the job, but Razer is clearly betting on the big volume of the Opus X to create a cocoon of sound more than the cancellation. Instead the ANC feels more like something being thrown in with the Opus X rather than a main feature. 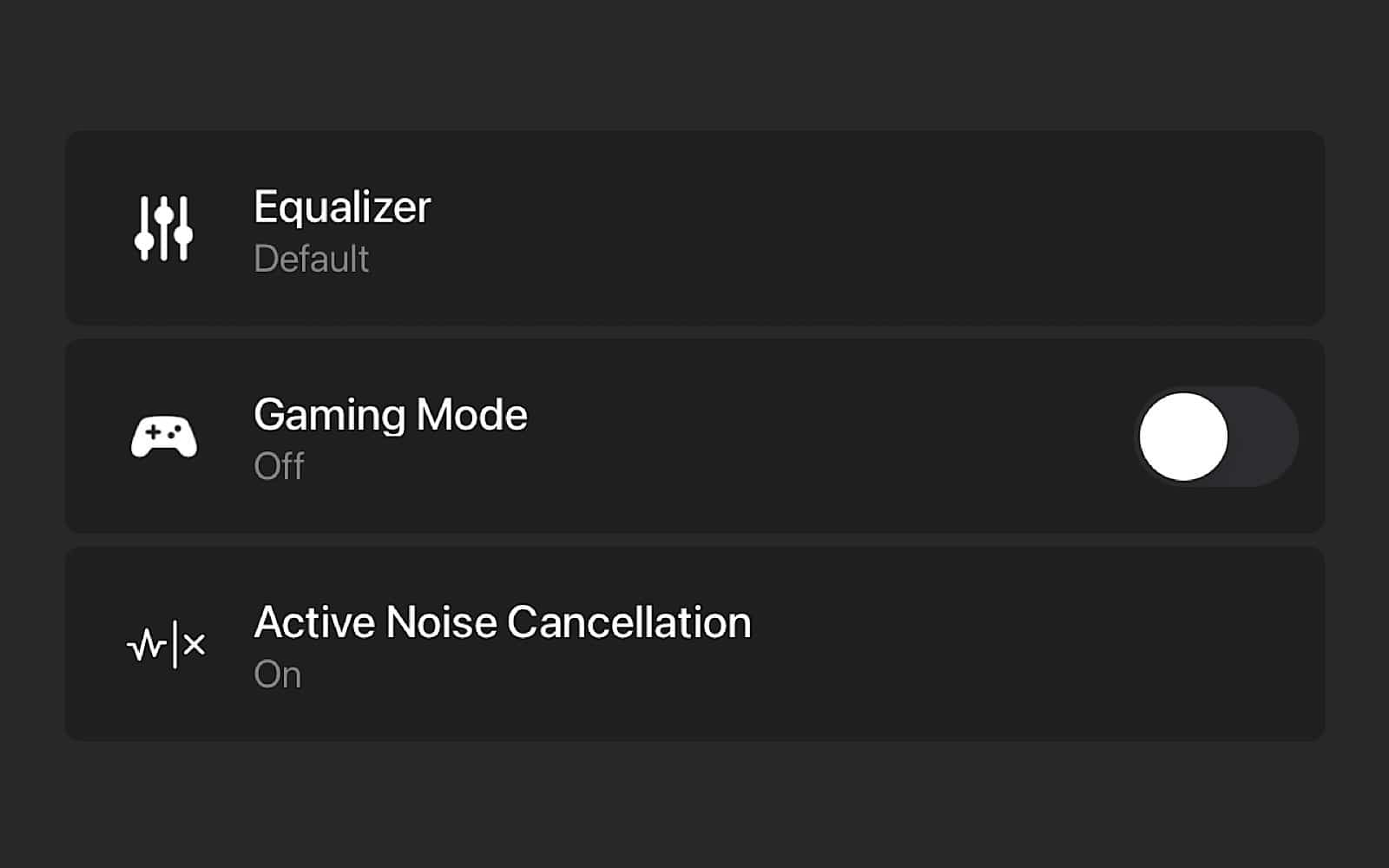 That’s not helped by an app which doesn’t do much at all. You’ll be able change between a few equaliser settings — amplified, default, enhanced bass, enhanced clarity, and vocal tuning — switch noise cancelling on, off, or ambient mode, and turn the gaming mode on if you like.

But that’s it. No control customisation, no tweaking of noise cancellation, and no fine tuning of the EQ or spatial modes, with Razer’s THX support also missing in action. These don’t quite have the profile found in the THX edition of the Opus last year, even if they look more or less the same.

Oh, and there’s no case and no way to pack up the headphones into something more portable like there was on the predecessor. Not for this price it seems, though we’d have liked something simple. This is clearly a BYO affair. 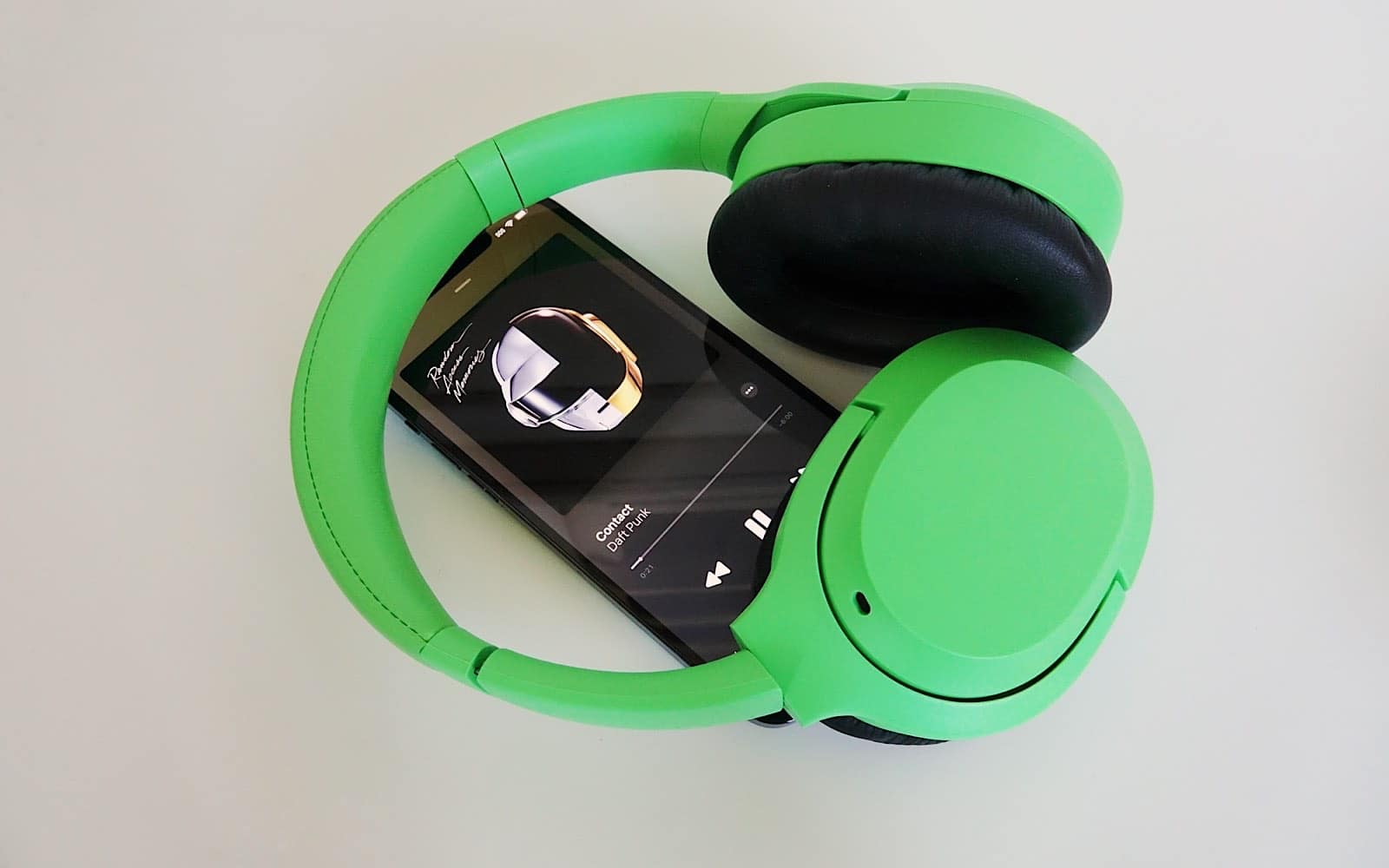 While there are things we’d definitely fix, it’s hard to quibble when the price of the Razer Opus X is just so good.

At $170, there’s a definite bargain in the Opus X, delivering great sound without the wires for a solid cost. These are warm headphones on a budget with a decent battery life, too.

There are clearly better headphones out there, but for the cost, it may be hard to argue with, especially if you’re buying for gamers, and folks who really love green. 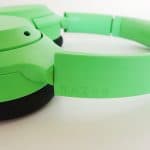