EPOS is offering something different in the wireless earphone world: a pair designed not just for your phone, but any device that has a USB Type C port.

Picture this: you’ve just received a new video game console, and you want to play games with a pair of wireless headphones, but you don’t know how to connect them up. If you’re using a pair of wireless earphones, you might need to find your way to a dark abyss of settings screens, stick them in pairing mode, and hope for the best, making sure the two talk.

It could be a quick operation, or it could be one that takes time, because sometimes, these things aren’t easy to do.

EPOS is trying something a little different with its latest earphones, the GTW 270 Hybrid Earbuds, offering a pair that not only talks to the Bluetooth offered by your phone, but also talks to a specific wireless dongle it comes with. It means that if you don’t have the time to work out how to connect your earphones to a console or computer, you can simply plug it in and away you go.

It’s a cool idea, and one we’re keen to try out, but the more important part is whether the EPOS GTW 270 earphones are worth your ears in the first place, and whether they deliver the optimal experience, or whether you’d be better off with something else and digging into those settings screens at a later date. Because it’s nice to know these things ahead of time. 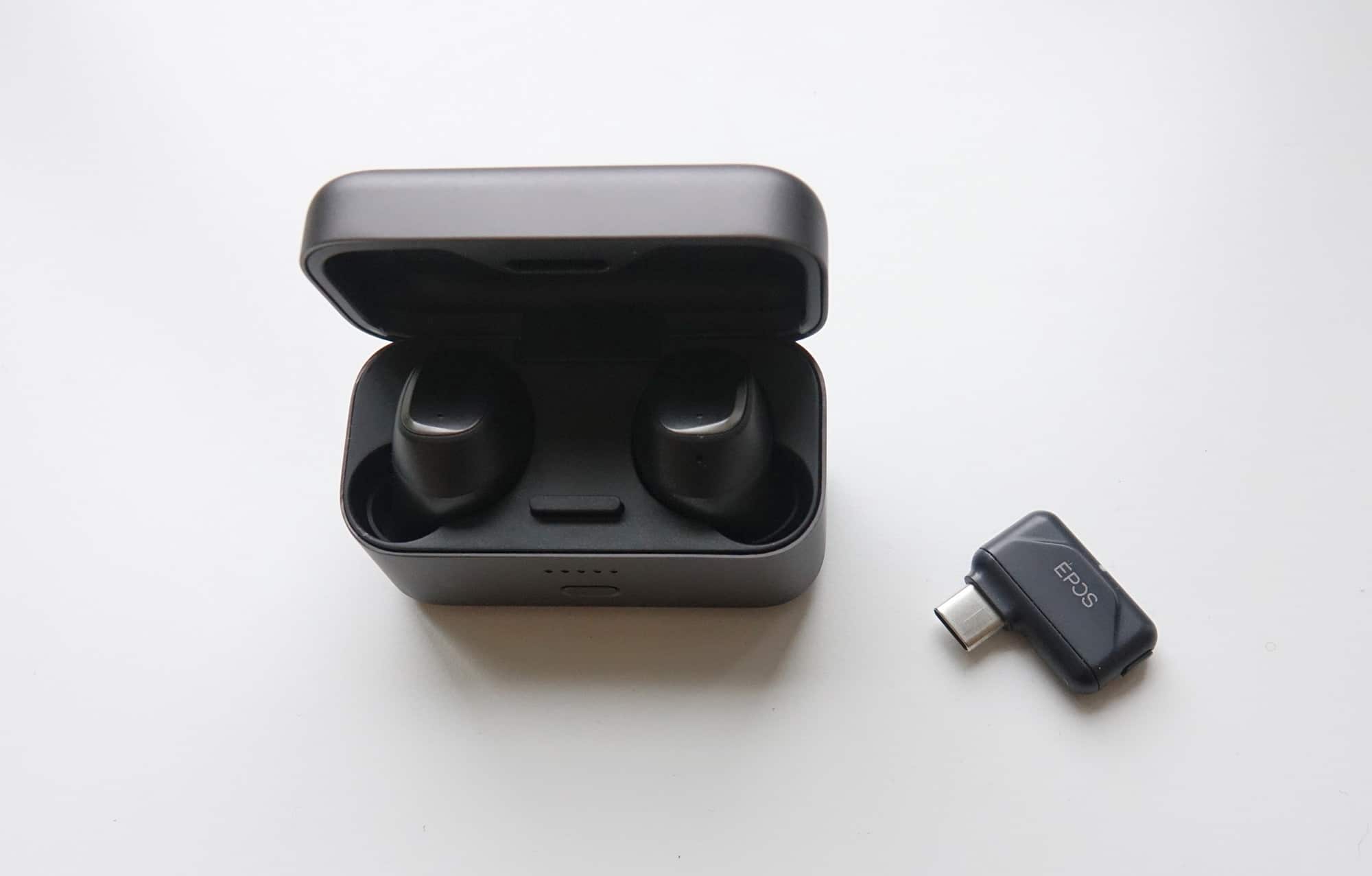 So let’s start with design, because that seems like a suitable place for any earphone review, even these.

A little blocky, but still built like many of the other wireless and cordless earphones we see — the “truly free” style of earphone — the EPOS GTW 270 aren’t going to win an award for sex appeal, but they’re still decent looking.

These are just the new style of earbud, which goes in the ear lightly like an earphone, but doesn’t go in all the way like an intra-aural earphone. They’re an easy enough to wear earphone (or earbud, if you must), for sure, and they come with a few tip sizes in the box, too, so hopefully they fit your ears well, and are IPX5 water resistant, too.

The case the GTW 270 earpieces come in isn’t super small, either, with a little brick of a design that holds everything nicely, and charges off USB Type C, though doesn’t offer wireless charging.

However it’s small enough, with the earphones supporting Bluetooth in devices such as phones and computers, as well as a secondary pre-connected low-latency connection to a USB Type C dongle, which can be plugged into gaming consoles and computers for an easy connection. 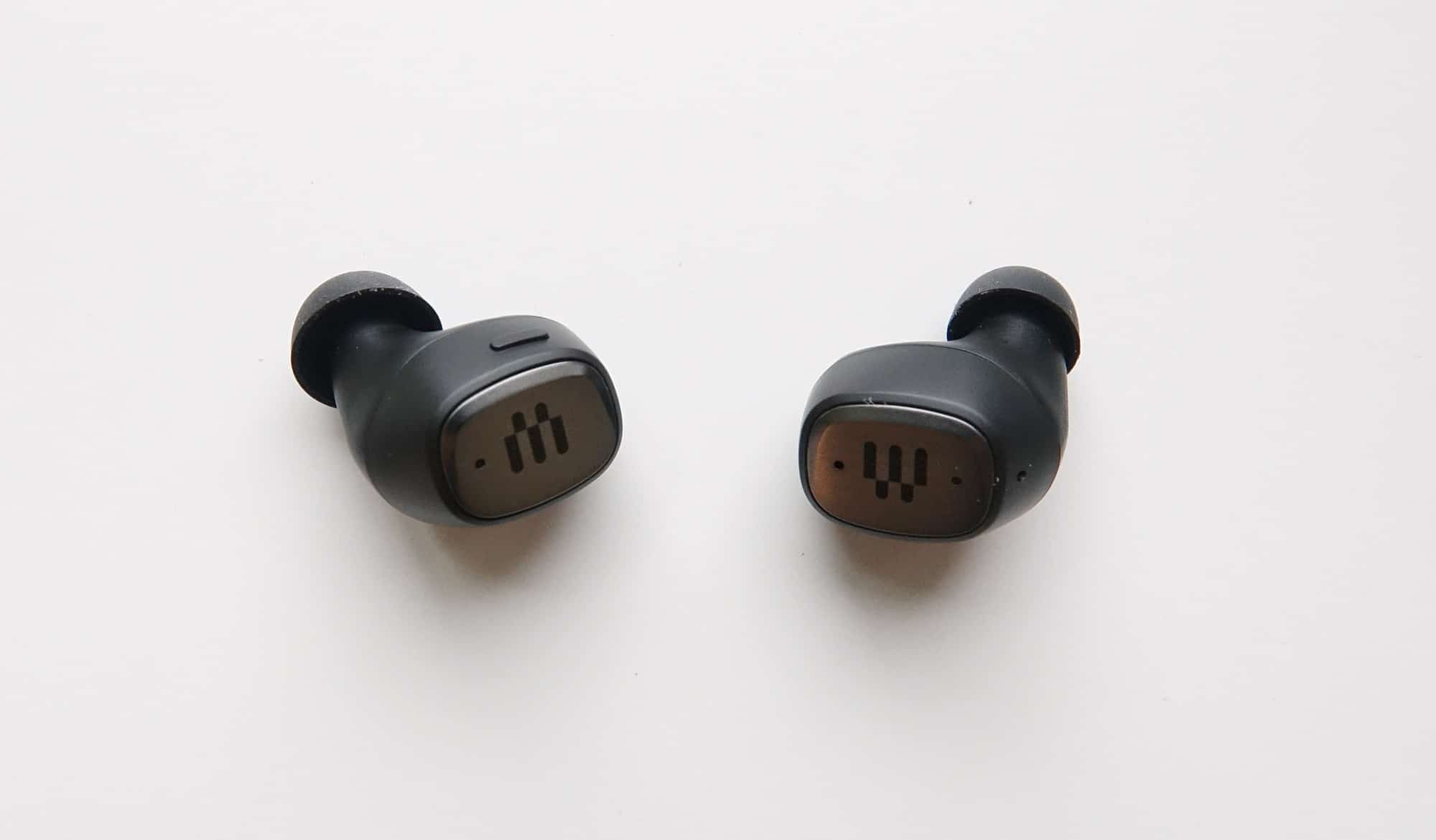 There’s plenty of room on the earphone, so it’s a little surprising to see one button in general, and yet here we are, with one button — a small one on the edge of the GTW — and opting for simple clicks. You can press it once to pause and play audio, and push it twice to skip to the next track, or three times for the previous track.

That’s surprising for us, not because volume has been omitted nor because you can’t customise, but because there’s one tiny button on the earphones for controlling them, which seems like an oversight, and in a weird location.

It just seems like usability wasn’t thought out for the EPOS GTW 270, with the expectation that you’ll be connecting and controlling from your phone or computer, so you don’t need it, or something like that. Technically, they are considered gaming earphones, even though the EPOS brand builds for both gaming and PC workplace connectivity. However, they can be used for either, and used for phones, because they the GTW 270 Hybrid comes with the one saving grace: a wireless Type C dongle.

More specifically, it comes with a pre-connected Type C dongle, and means that you simply need to plug in the little wireless Type C dongle it comes with to a device, and the earphones will connect. That’s great news if you have a console or a computer, because the earphones are super simple to connect, though the performance can be the part to let you down.

As usual, we’re testing with the Pickr Sound Test, which you can listen to for yourself, and as we jump across the categories in our playlist, we’re treated to an acceptably flat sound which feels balanced overall, even if the bass is a little light.

For instance, Daft Punk offered a good balance of highs, mids, and lows, with a nice sound overall, but the bass was lacking that solid punch you might be looking for. In pop, it was much the same, with levelled highs and mids, as well as the bottom end, though the latter wasn’t pronounced.

The same was true in rock, and as we got stuck into the tracks, into Muse and Rage and Bowie and so on, we found a relatively solid balance, but again, a bottom end that felt like it was lacking that little bit of drive you might typically be wowed with. 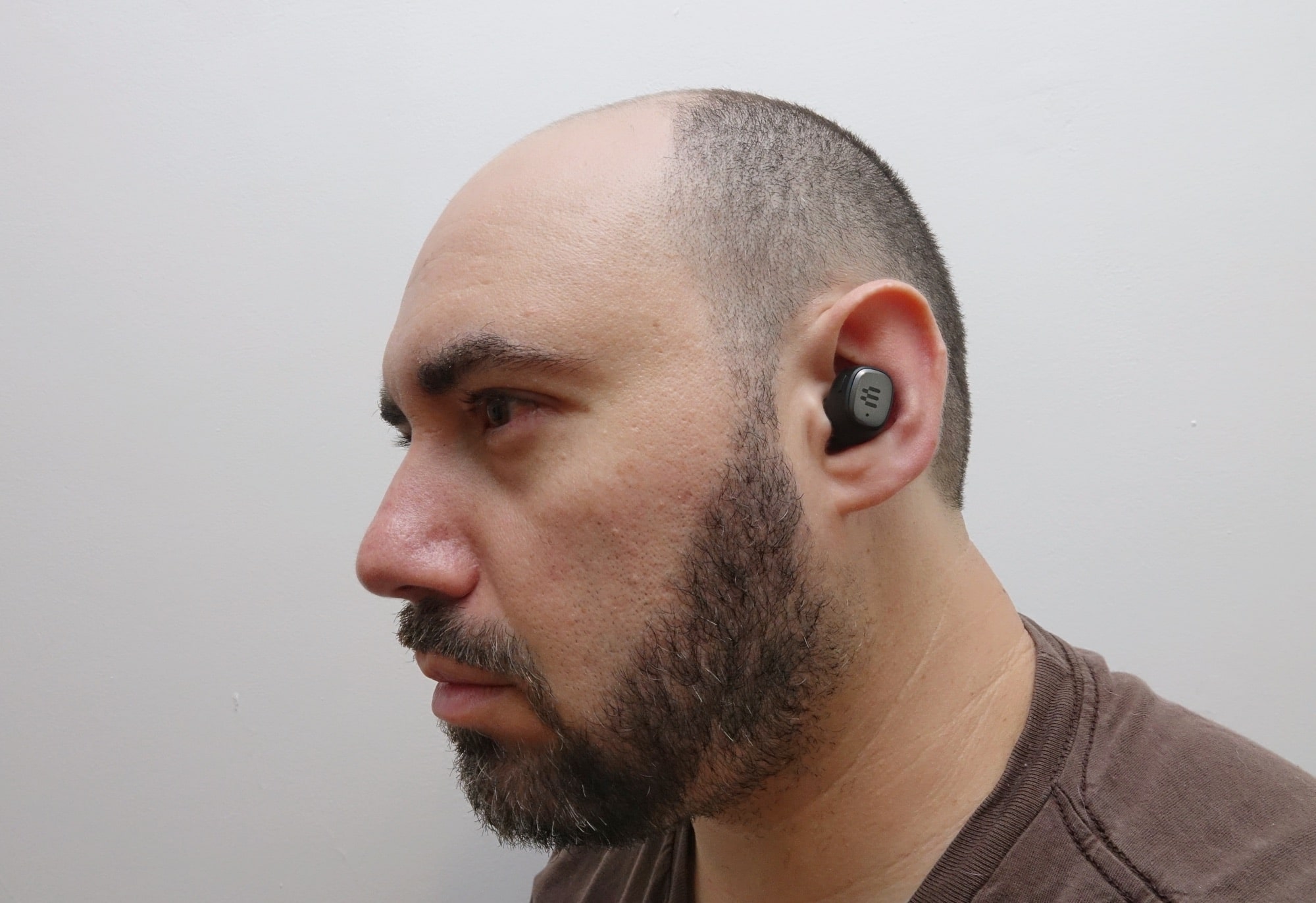 That’s not a bad thing by any stretch of the imagination, and harks back to the type of sound quality Bose is known for in its range, with a flat approach to sound that doesn’t highlight one area over another.

We’re guessing EPOS has kept the bass light to make the typically loud noises of bassy game sounds and explosions still enjoyable rather than blow out, so flat actually makes sense here, even if the GTW 270 earphones lack a lot of personality.

Personality isn’t a prerequisite for wireless earphones, though, but decent battery life is, and the EPOS GTW 270 Hybrid gets some of the way there. It’s not a totally smashing battery life, but it’s not bad overall, with up to 20 hours of listening time overall from the earphones and case, made up of around five on the earphones while the remaining 15 is in the case.

That’s not mind-blowing, and is about par for the course for earphones made in the past year, but the five in the earphones means you can get quite a bit of gaming or regular listening sorted before needing to take a break. Call that five hour mark the break you’ll need, and the next few minutes of charging in the case a perfect time for you to get up and do something else. 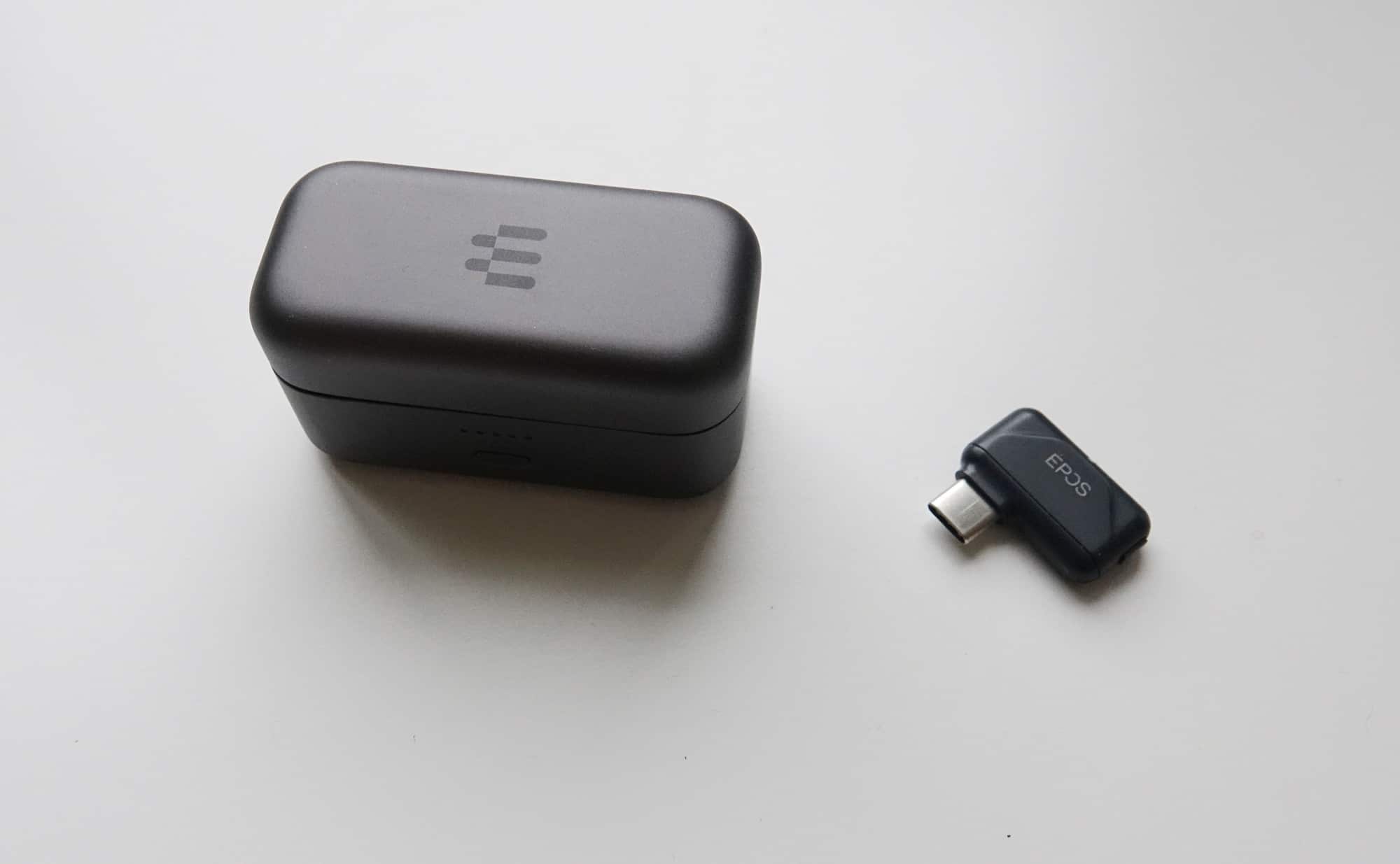 However that thinking time might lead you to think about how much you paid, because the value isn’t necessarily easy to argue for in the EPOS GTW 270.

At $349 and missing noise cancellation, the earphones can feel like a bit of a one-hit wonder, made for people who specifically want the ease of use of the dongle, but are also too lazy to use the settings screen with an ultimately better pair of earphones.

Part of why we’ve arrived at this conclusion comes from what the EPOS GTW 270 Hybrid doesn’t have, and feels it needs.

Take noise cancellation, because it’s not here at all, even in pair of $350 earphones. Nearly every pair of earphones that costs this much comes with noise cancellation these days in some form or another, and many are under this price point. Yet at $349, EPOS has left noise cancellation out of the picture. You don’t even get a light variation of it.

Most of the focus in the EPOS GTW 270 is on the connectivity and that USB Type C dongle, so let’s talk about it. Yes, it’s useful, particularly if you want an easy way to plug your wireless earphones into a gadget without digging into settings screens. It’s a pretty set-and-forget approach to wireless earphones, but it also comes with flaws that need ironing out.

One of them is the microphone: even though the GTW 270 includes a microphone — because you can take calls on them on your phone — it doesn’t work with the EPOS Type C dongle. That seems less than useful for gamers, given how they might want to chat, and isn’t a great lack of a feature for office workers thinking of using the wireless earphones for video conferencing, either.

Plugging the earphones in via dongle on a computer also leaves you with no volume, which might mean controlling the GTW 270 won’t always be easy on a PC. That’s largely what the dongle is supposed to address, and yet it only really touches setup, not ease of use. 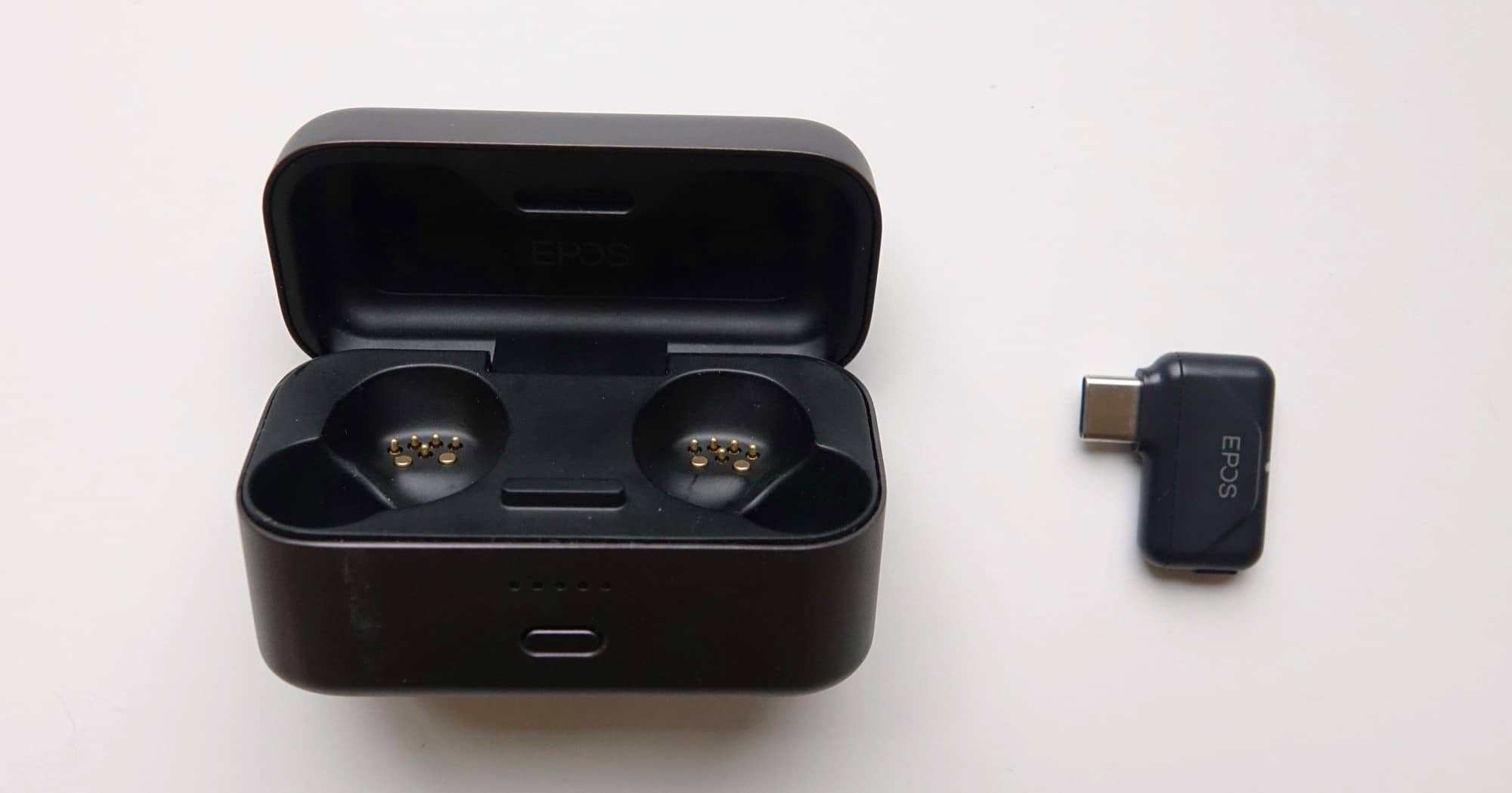 So we’d fix these first, and then find a place to store the dongle in the GTW 270 case. It’s a small thing, but the Type C wireless dongle is also small, and that may mean it’ll get misplaced. On the other hand, the GTW 270 case isn’t so small that you’ll probably pocket it, so we could see a little bit of room being added to slot this thing in comfortably, and make it less likely you’ll lose the dongle, because it’s the dongle that makes these earphones different.

We’d also give that charging case the ability to be charged wirelessly, which is something else devices at the GTW 270’s price point typically offer, but not this one for some reason. 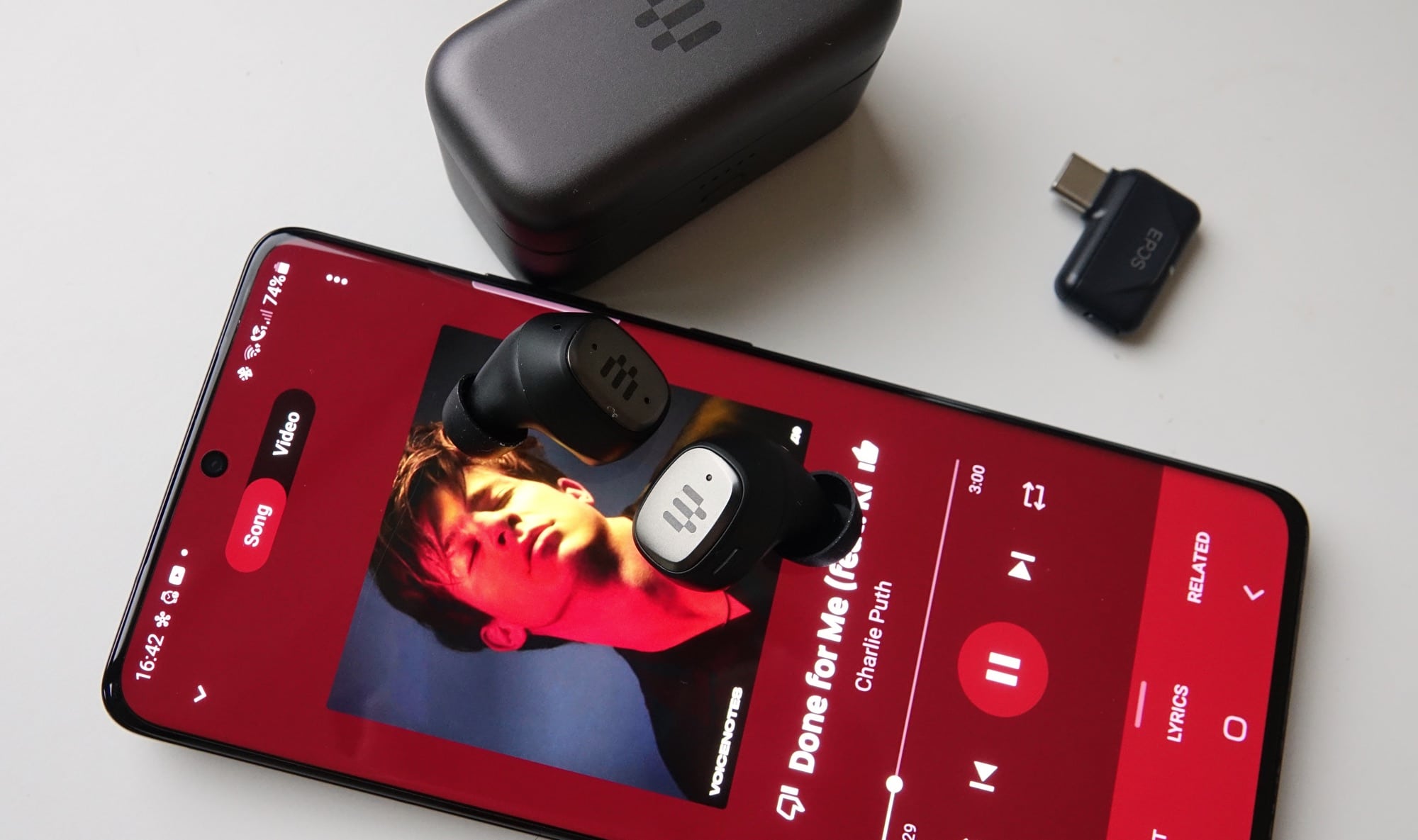 While the EPOS GTW 270 are a nice pair of earphones, they’re hard to commit to simply because of the price Australians are charged for the privilege.

In Australia, the EPOS GTW 270 costs $349, near the same price of the Apple AirPods Pro, the Samsung Galaxy Buds Pro, and matching the price of the Jabra Elite 85t. All three of these include noise cancellation and a wireless charging case, with the only major difference being the omission of a Type C dongle, which honestly doesn’t feel like a major win in the GTW 270. It’s not that much of a feature that we’d choose this pair of $349 wireless earphones over another, and that throws the value out significantly for the EPOS truly wireless earphones.

It’s a shame, too, because the low latency makes the GTW 270 Hybrid earphones a winner for gamers keen to hear the action and yet also remain untethered. And yet you’re just not getting what we’d call solid value overall in these earphones. These need more to be something we’d consider worthy of your time, or they need to be a lower price overall. Either slash or, or maybe even both.

Right now, the GTW 270 are made for gamers, but you can do better, and we think EPOS can, as well. We bet that a second generation version would be the one to look at, and once EPOS adds noise cancellation and support for the microphone over the Type C dongle, the GTW 270 will make a lot more sense. 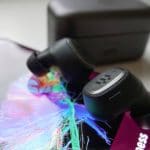