The most comfortable headphones ever return, but have they improved? What’s different about the Bose QuietComfort 45 headphones, and are the QC45 worth checking out?

Noise cancellation headphones are a surprisingly big market, but if you know your audio history, you probably know Bose was in this field before most everyone else.

For the longest time, Bose was the brand you turned to if you wanted noise cancelling headphones. It had the most research, the best sound, and the comfiest headphones hands down. And back in 2016, that’s where things began to change.

Beats started providing competition, but more importantly, Sony did, too, and it was strong. The MDR-1000X was a great competitor straight off the bat, and Bose had its work cut out for it.

In the five years since, we’ve seen some really strong efforts from both, but at the moment, the edge is with Sony and its WH-1000XM4, the fourth generation of its wireless noise cancelling headphones.

For Bose fans, that may sting: the QuietComfort were for the longest time the comfiest and most balanced noise cancelling headphones you can find, and in its 2021 edition, the Bose QuietComfort 45 headphones, that approach may well have returned. Is that enough? 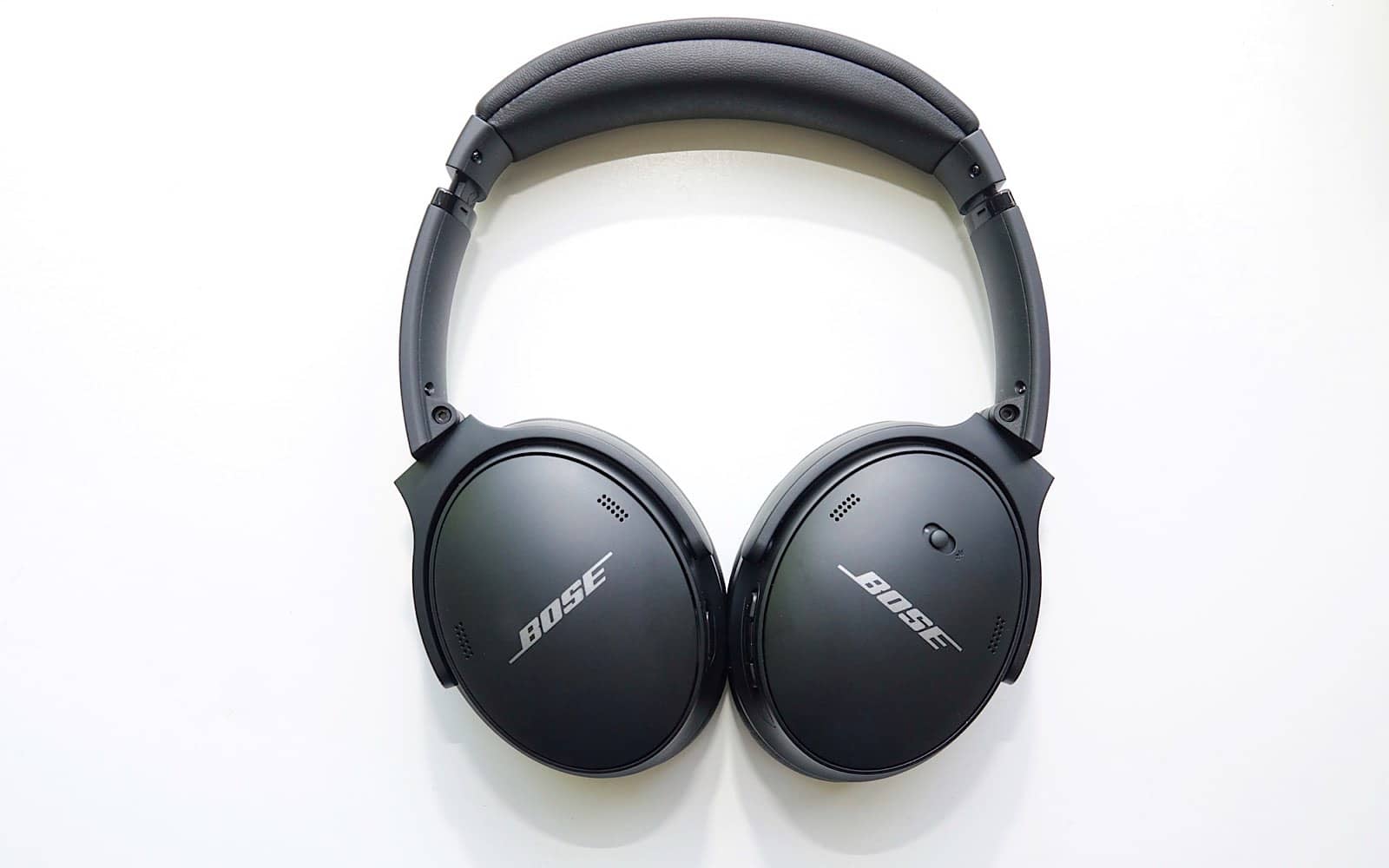 First things first, we’ll get stuck into the design, and Bose’s QuietComfort 45 headphones will look immediately familiar to anyone who has ever seen or owned Bose’s previous pairs of headphones, either the Bose QC35 II or the original model before it, the QC35. It may even remind you of the Bose QC25 before it, even if they were cabled.

That should come as no surprise, because the QC45 headphones are literally the spitting image of the previous generations, as Bose applies the “if it ain’t broke, don’t fix” mentality to its headphones.

It means you’ll find the same simple headphone design as previous generations, wide pads that surround your ears, and a somewhat flexible hinge with a band that has flex to it, as well. The Bose QC45 is a fairly wide and head-friendly pair of headphones that comes off ideal for folks who may not find regular headphones comfortable, because sometimes headphones can press heads a little too hard.

Bose’s band is made from a combination of nylon, plastic, and metal, while synthetic leather is used for the band’s plush and ear pads themselves, with up to 24 hours of battery life in the QuietComfort 45 headphones.

They come with a case, as well a 2.5mm to 3.5mm headphone cable and a Type C recharge cable, while the buttons on the headphones themselves control volume, playback, and a cancellation controller to jump between settings. 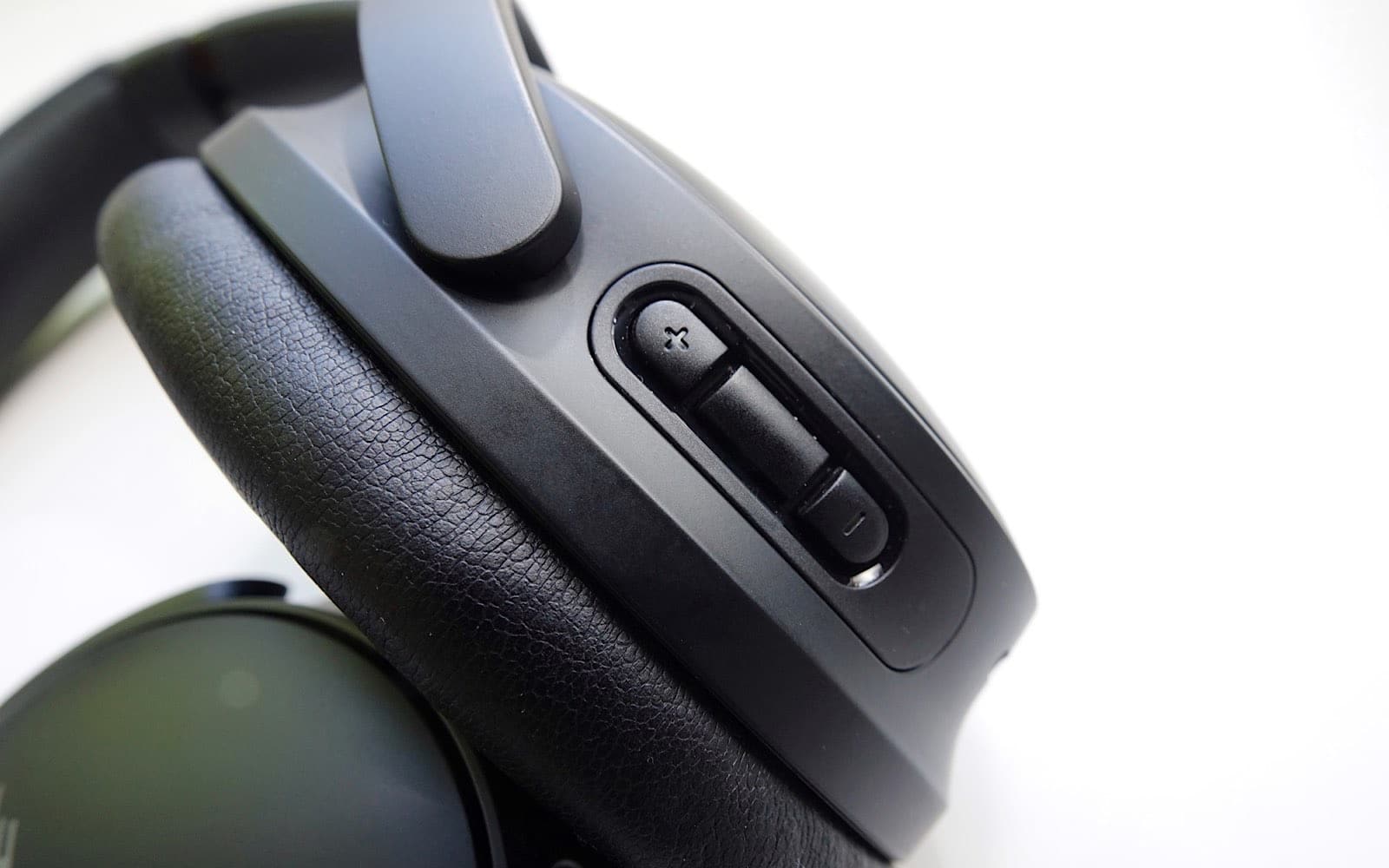 Bose’s return to its “QC” headphone series means the design a lot of people liked from the previous generation appears once again, and so do the controls from that model range.

You’ll find volume controls surrounding a pause and play controller on one ear pad, while the other side offers up a button to switch between the “quiet” of noise cancellation and “aware” which lets sound in to help you hear the outside world.

Buttons are a fairly old school way of controlling headphones, especially now that the fiercest competition in headphones tends to be touchpad or else, so it’s a little surprising to see buttons appearing once more, but it is very much inline with Bose’s “if it ain’t broke” thinking in design.

The same is true with regards to the performance, with the Bose QC45 retaining the balance Bose is known for, all while boosting the warmth just a little. It’s as if Bose has recognised Sony’s headphones for the threat they appear to be, and something we experienced in our Pickr Sound Test (which you can try out as well).

That starts with electronic, which provides a strong balance in both Tycho and Daft Punk, but some deep bass in the bottom end, with an obviously wide soundstage.

The low end is a little more pronounced than expected, driving your ears like it drives a room, while pop comes off with vibrant. 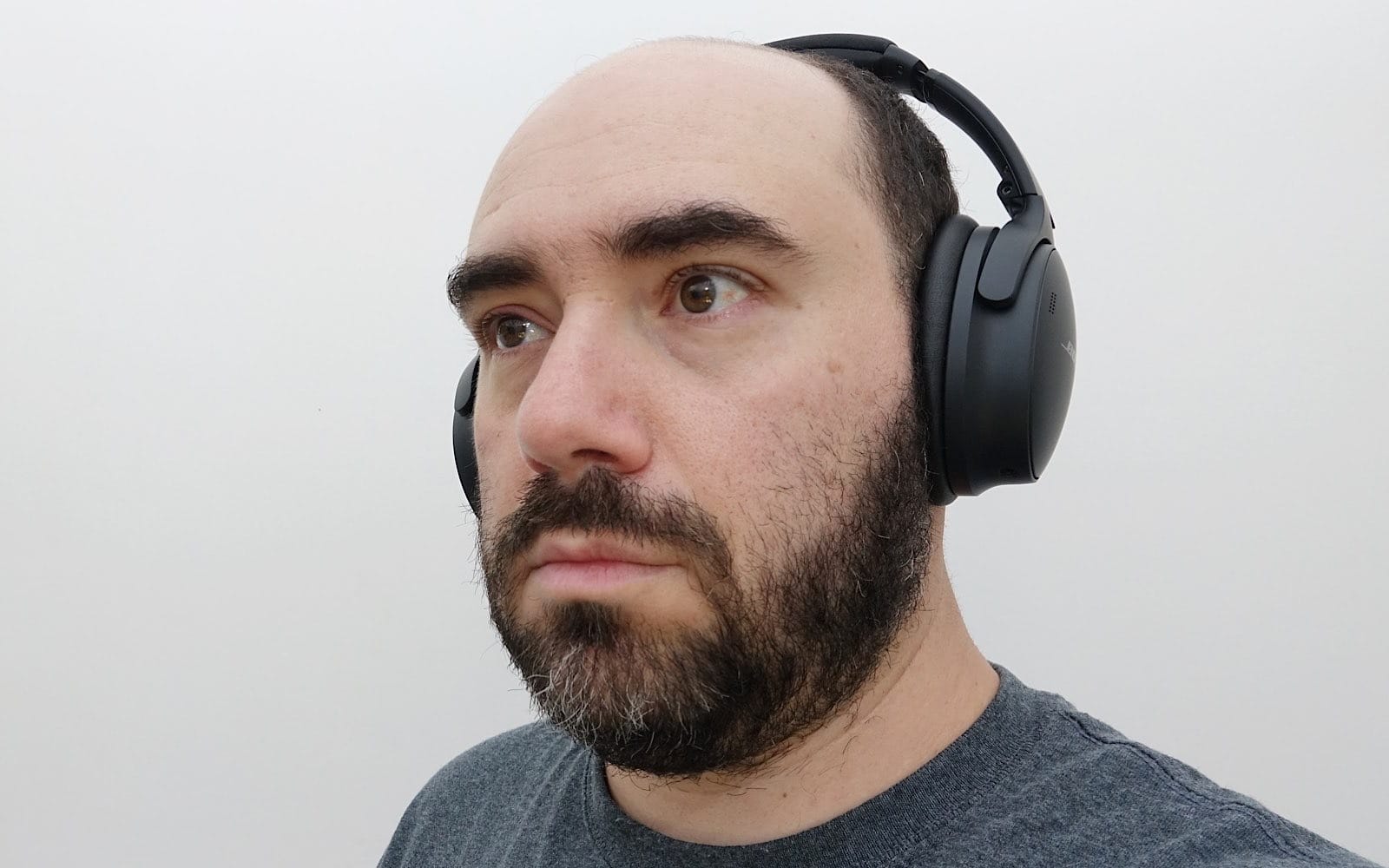 Carly Rae Jepsen’s sound showed us just how clear the sou d on the Bose QC45 could be. The vocals are sharp, the bass respond intentionally strong, and the mids harmonious and blending it all together, with plenty of detail throughout.

That was evident across much of the music we tried, whether it was the pop and soul of Charlie Puth or Marvin Gaye, respectively, or the edge of Muse and Rage Against the Machine.

Overall, the sound of the QuietComfort 45 is quite spacious, with a mostly even-handed sound atop a little more punch and delivery.

It’s a solid sound that’s easy to like, and while it doesn’t have the warmth of other headphones, it’s not a dramatic difference that will shape the sound to be poorer. You’re just getting a balanced and spacious sound ideal for pretty much any form of music. 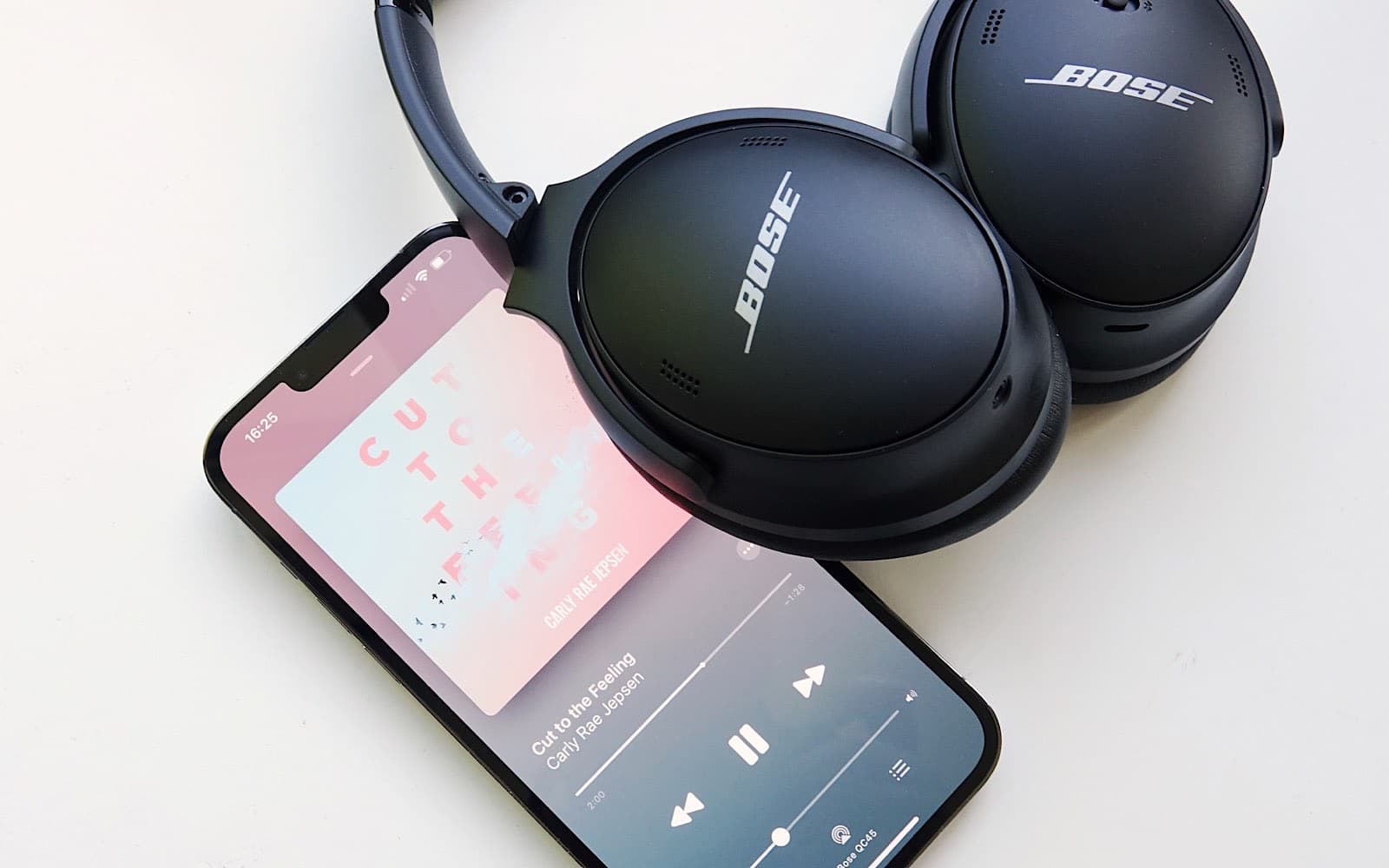 While the performances is consistently strong, the battery life is decent but somewhat average, achieving 24 hours of life, but not the 30-odd its major competitor from Sony can handle.

That’s a good life, but not a spectacular one, able to make a long haul flight, but not quite delivering the strength of its most obvious competitor.

To Bose’s credit, there is a wired option in the Quiet Comfort 45 headphones, though you won’t find an airplane adaptor in the box, as that has now gone the way of the dodo. Given most aircraft have moved on from the dual-pole design of the headphone jack, we can’t say we’re terribly surprised by this, but worth knowing all the same. 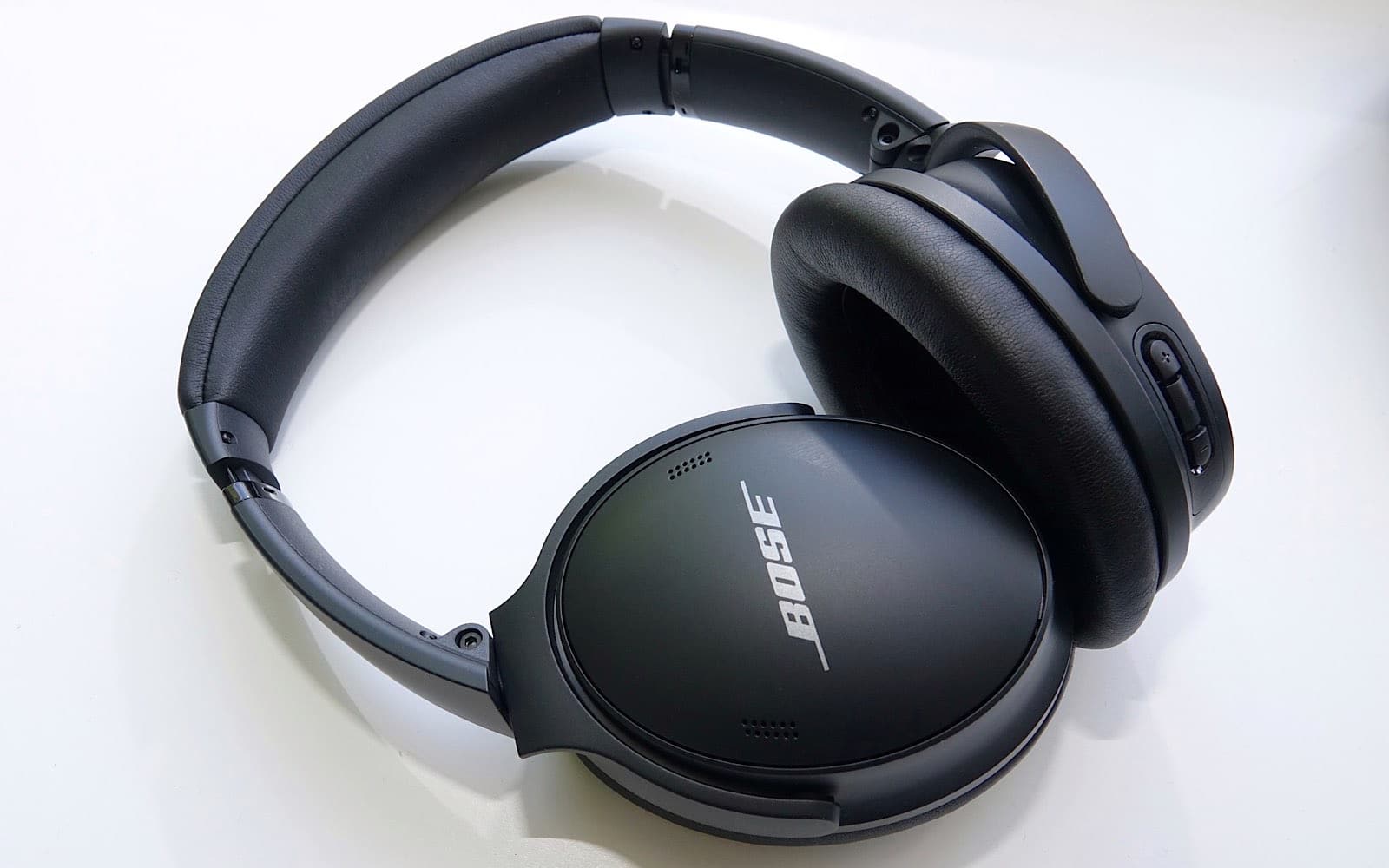 All of this leaves us with a bit of a question mark on the price, because Bose is kind of hitting for the high mark with the QC45 price tag, at least in Australia.

Locally, Australians can expect a recommended retail price of $499.95 for the Bose QC45 headphones, though the street price is closer to the $430 mark. That is about the norm in the RRP world, and under Bose’s other noise cancelling headphones, the Bose 700 NC, though also higher than the street price of the current benchmark, the Sony WH-1000XM4.

We’re not shocked by the price disparity, but given the lack of any major changes, it’s hard to see the QuietComfort 45 as industry leading in quite the same way.

A slightly dated design, controls that haven’t evolved, and no major new features leave the QC45 headphones as a minor update on a legendary design, though one that doesn’t stand out.

To Bose’s credit, this is very much a case of “if it ain’t broke, don’t fix”, because the QuietComfort range has been strong for ages, albeit mostly left alone. Bose didn’t need to change much, but it also left the range alone, opting to release a new flagship model in the Bose 700 Noise Cancelling Headphones, which didn’t exactly feel like they were the replacement.

Here in the QC45, it’s the same sort of tech as the QC35, but with a new version of Bluetooth, a little more in the noise cancellation with a six-mic system compared to four, and a touch more battery life.

Few will probably notice those changes, though, because the changes read as more subtle than you might expect. 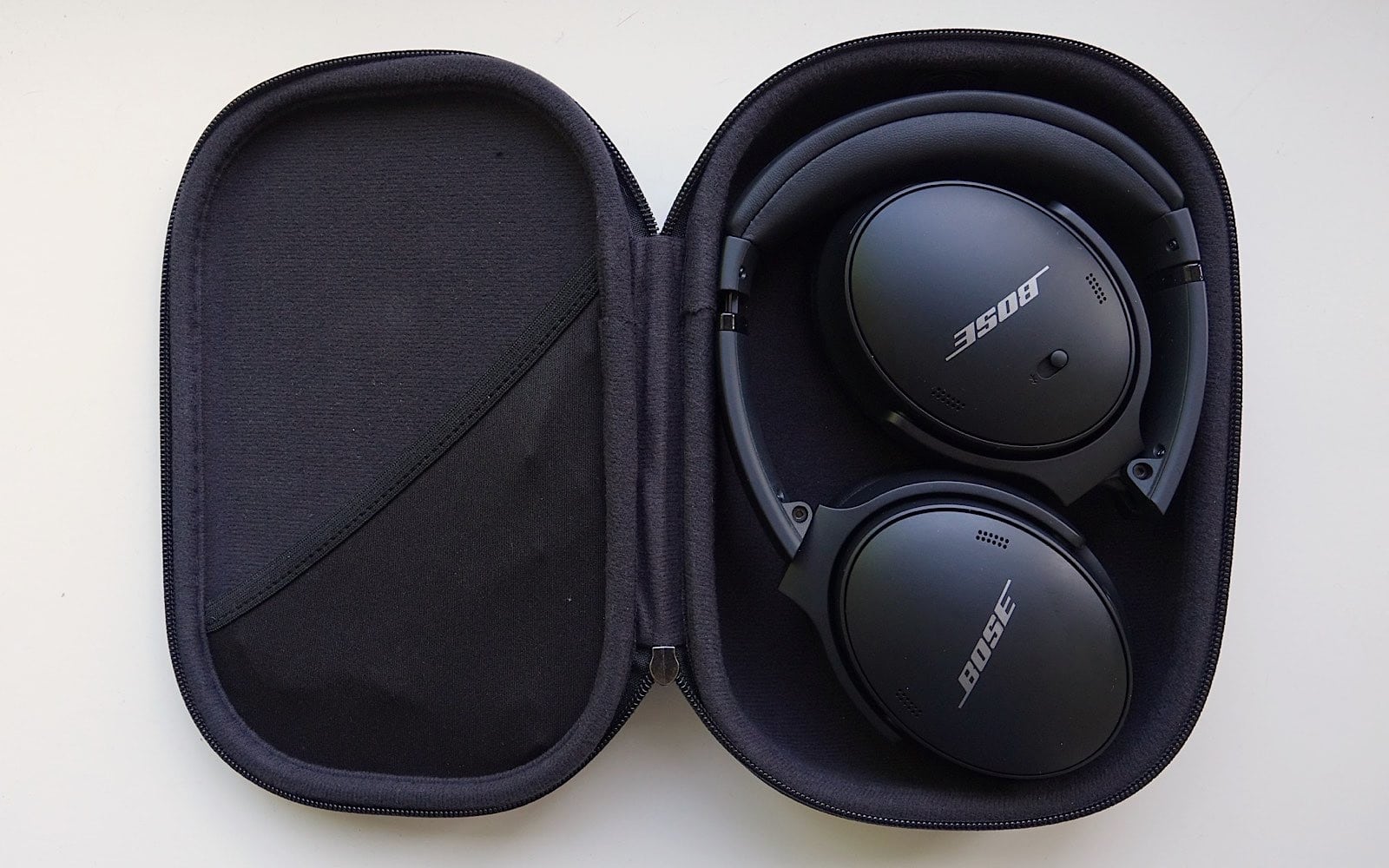 For instance, the cancellation is still very strong, but there’s no GPS-assigned cancellation mode depending on where you go, nor is there any semblance of adaptive cancellation. You just get two modes: “quiet” and “aware”.

Quiet is good, by the way: it’ll block the world quite well, helped because of they great over-ear design that helps to encase you in a bubble of your own sound.

In contrast, the “aware” mode could be improved with some controls about how much sound you let in, because they don’t exist. We found it didn’t let in all that much, and the app doesn’t offer a way to define it, much like the numbers you find on the Bose 700 headphones. 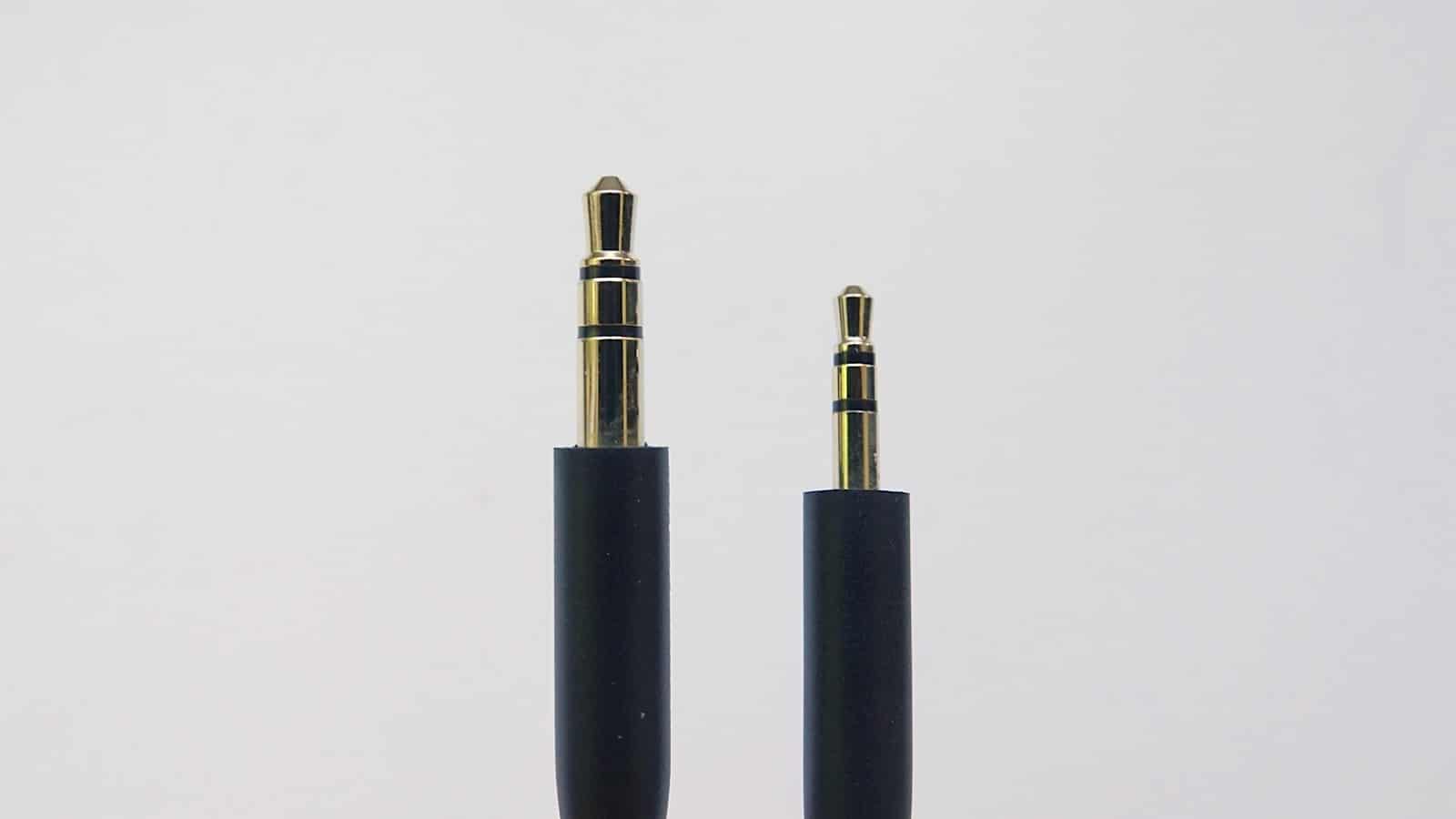 Oh, and we’re still not sure why Bose persists with the 2.5mm headset jack.

Not many brands do, and while the 3.5mm cable is more of a nice-to-have extra, it’s less nice to have when it’s harder to find and replace. The standard is 3.5mm to 3.5mm, so we’re not sure why Bose keeps on going with this 2.5mm thing.

What it leads you to is knowing that the Bose QC45 offer a minor improvement on a long-running range that doesn’t break the mould, but instead just tightens some screws.

The Bose QuietComfort 45 headphones are an update plain and simple on a range many love. 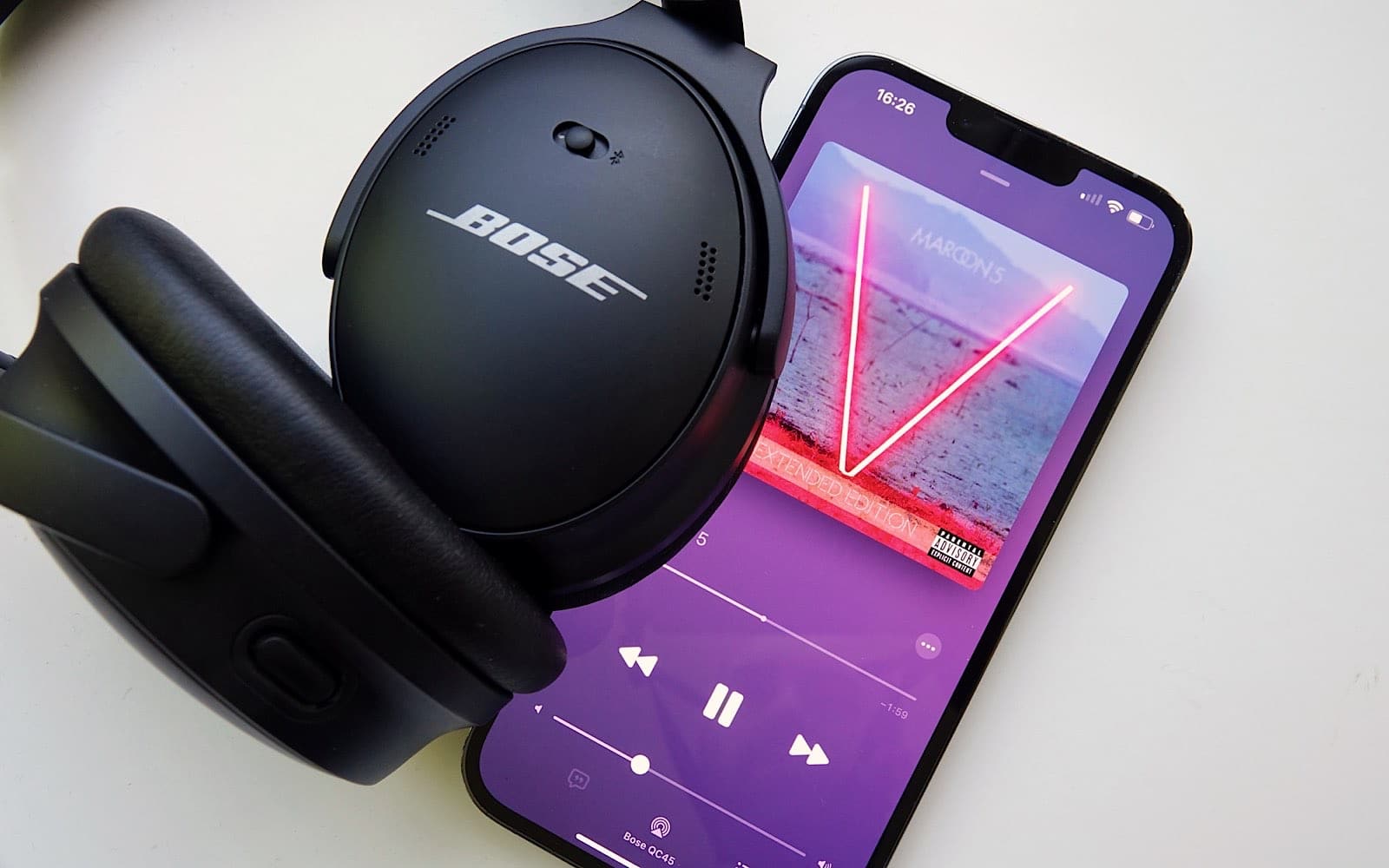 Is it a staggeringly big upgrade? Nope, and it’s one that really could do with some of those extras, but if you don’t want something extra, you may not care.

These are dated but dreamy, with a comfort level few headphones hit and a sound that works well, too. Bose has pulled back a little and kept the balance tight, while increasing that soundstage to make the headphones sound bigger and wider overall.

There are plenty of reasons to like what Bose has crafted and tightened in the QC45 headphones, though we still think Sony has the edge. Recommended. 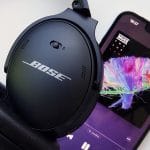