Sony opens your ears to sound with open ear LinkBuds

Most earphones finds a way to close your ears to what’s going on, but Sony’s LinkBuds do the exact opposite.

Even though we live in a world where enclosing ourselves in a lovely bubble of the music or podcasts we want to listen to is a great way to keep working, it’s not the only option. In fact, if you listen while you work, you might opt to turn on an ambient “hear-through” transparency mode so you can listen to your sound and still hear the world.

That’s part and parcel why there are so many earphones and headphones with mics to let you do just that. The technology is more or less derived from the world of noise cancelling headphones, where microphones are used for the headphones, albeit in different ways.

In noise cancellation, microphones take a sample of what you hear and compare it against internal noise to flatten the sound and cancel it out. With transparency modes, the microphones aren’t used to sample the world, but rather let you listen to it, which is why so many noise cancelling earphones and headphones also have transparency modes: they already have the mics, so they can let you listen through your headphones to the world.

But there’s also another class of headphone that skips the hear-through mode entirely.

Open ear headphones are a style built to let in much of the outside world while still letting you hear your sounds. Beats has at least one pair in the Powerbeats Pro, Bang & Olufsen has its reinvented Earset (at least back in 2018), Bose uses a form of open ear sound in the Frames, and now Sony has something to join, with something it calls the “LinkBuds”. 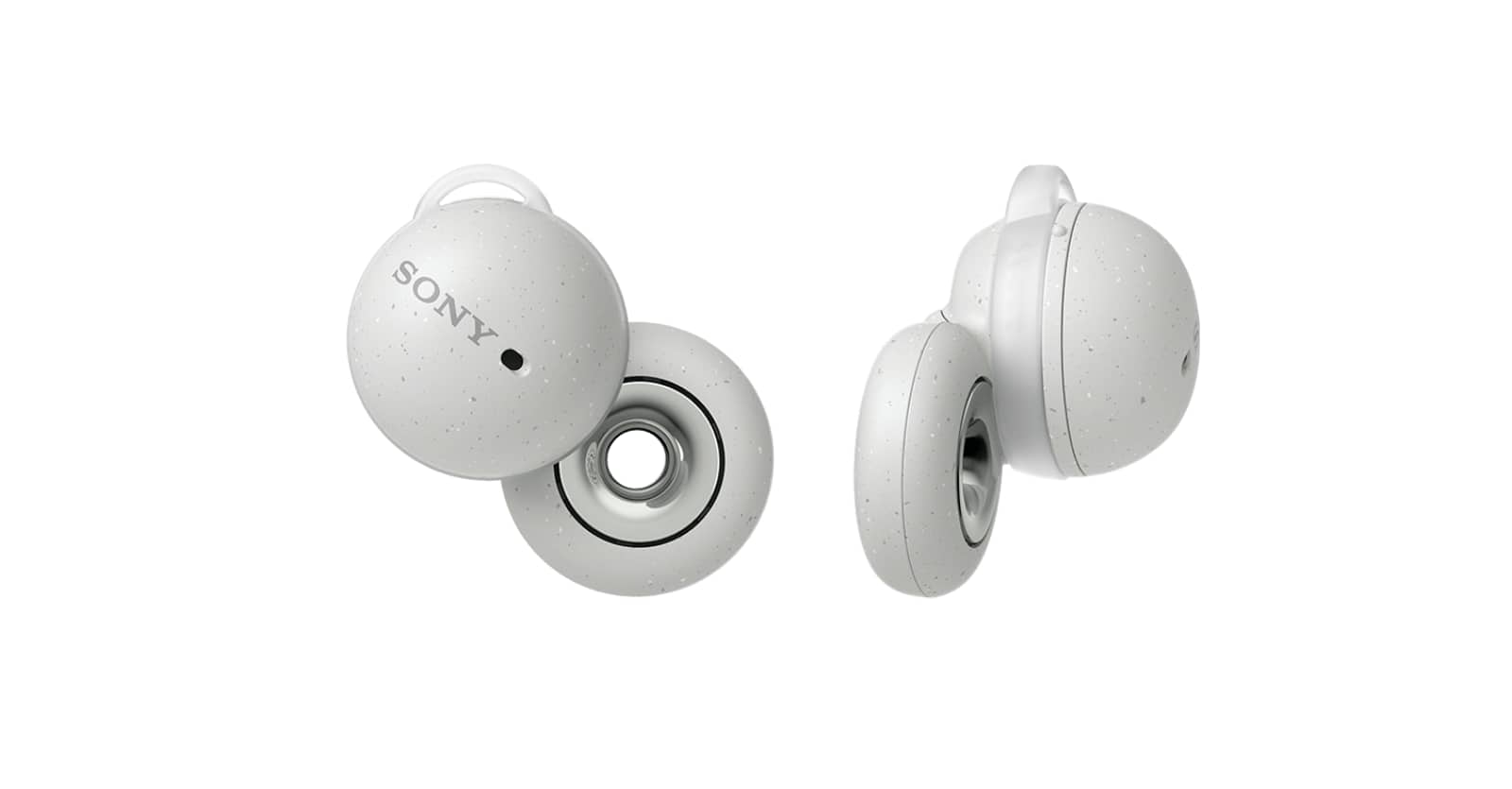 In what appears to be a slight evolution of the 2018 Ear Duo, the LinkBuds have shrunk the size down dramatically, building a tiny lightweight earphone with a unique design: two circles for your ears, with the top encasing all the technology, while the bottom is an earphone with a 12mm ring driver on the inside. In short, it’s an earphone concept that lets you hear the sound, but also through where the driver would normally be.

That design allows you to hear the sound from your phone or computer, but also hear through to the world, and that’s not the only trick Sony has in store for the LinkBuds.

Learning from the tech Sony introduced in its benchmark WH-1000XM4 two years ago, there’s support for a speak-to-chat feature, pausing the sound from the LinkBuds when you start to talk. That means if you need to talk to someone, the sound will stop and you can talk to them as you normally would, while also letting you trigger the Google and Amazon assistants in the same way.

The technology also includes similar tech to what’s in Sony’s headphones, with the Digital Sound Enhancement Engine (DSEE) and Sony’s V1 Integrated Processor dealing with making the sound solid, with support for 360 Reality Audio, too. There’s even Adaptive Volume Control to automatically change the volume to account for different volumes of where you might be, handy if you’re walking around. 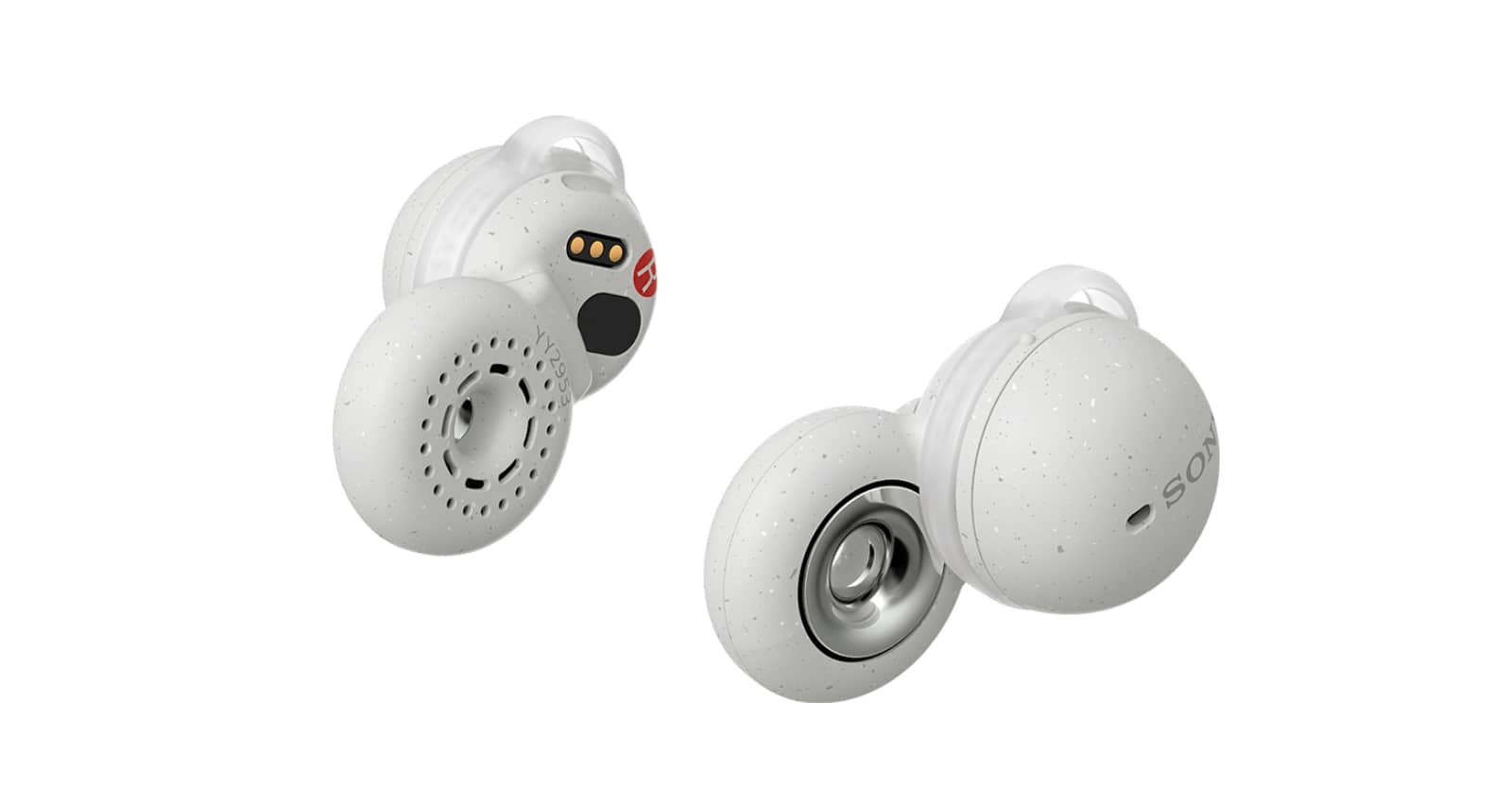 Sony has also added some support for positional audio thanks to the inclusion of compass and gyro sensors, and using a technology from Microsoft called “Soundscape” which lets you hear the sound of augmented reality elements positioned in the real world, a form of audio-AR not unlike what Bose has tried in the past. From what we understand, it could be used in games such as Pokémon Go and Ingress to flag where things are.

We’ve not yet heard whether the Sony LinkBuds support the same sort of positional audio from Apple Music uses in its Atmos-based spatial audio, but we have asked.

However, the LinkBuds will support IPX4 water resistance and up to 5.5 hours per use, possibly making them ideal for wearing during work or even sleep, with an extra 12 hours in the case.

Locally, Australians can expect to find the LinkBuds in April, where they’ll retail for a recommended retail price of $299.95. As to what they’ll be like, we should know soon, so look for a review in the coming weeks. 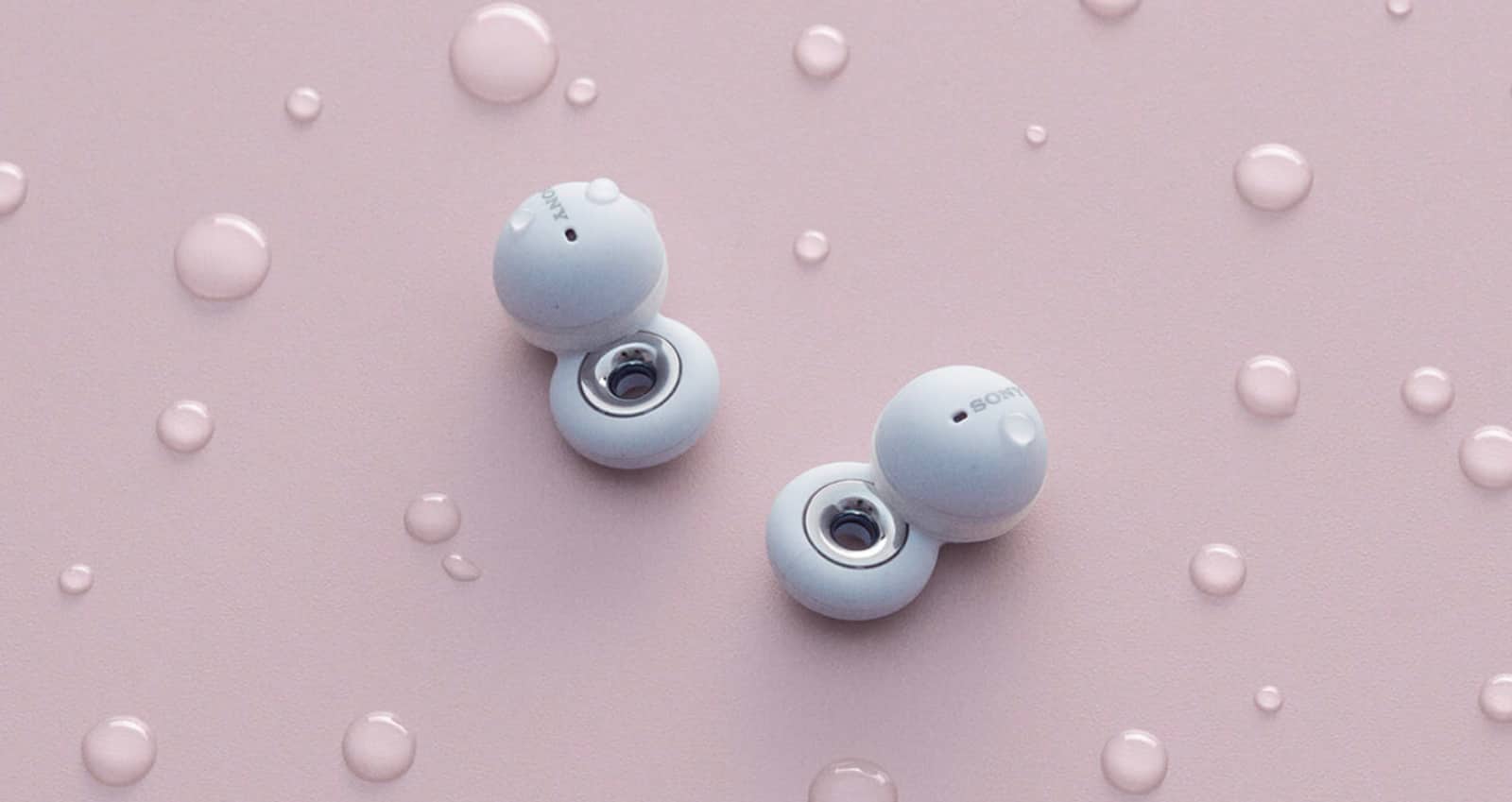