Samsung tackles the Galaxy mid-range with 5G phones from $599

The world of 5G trickles to more price points in April, as Samsung brings big screens and several cameras to more options.

Even though a big-screened 5G phone can seem like it will always arrive with a severe asking price, that is just simply not the case.

In the past year, we’ve seen the technology underlying these often expensive new phones make its way to more price points, and even last year, managing to arrive in quite a few, delivering 5G phones under $500.

That’s partly where the mid-range has been changing, an ongoing shift over the past four or five years, thanks in part to the high-price of premium phones hitting the $2K mark and higher. And that means the shift in the mid-range sees phones priced from $599 to $899 sit in the upper echelon of what constitutes the mid-range, with budget phones typically below the $500 mark.

For Samsung, that assortment of prices is giving it another place to throw its hat in, opting to deliver a few options for its 2022 Galaxy A series.

Distinct from the flagship Galaxy S series in 2022, and of course from the foldable Galaxy Z series, the Galaxy A tends to focus on less expensive devices with a combination of cost-effective tech, though this year, it could be giving the high-end a run for its money. 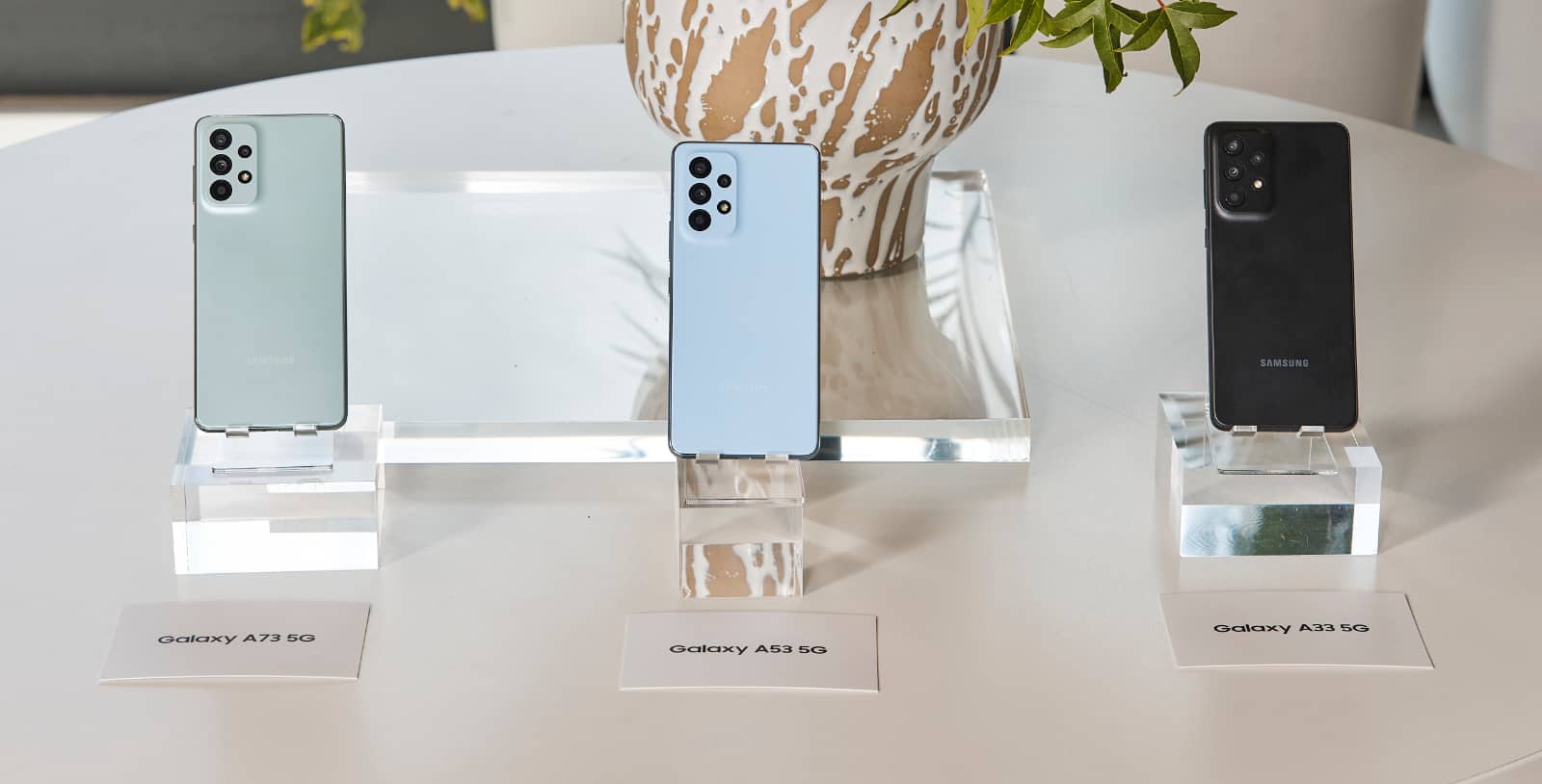 It’ll start with the Galaxy A33 5G, a 6.4 inch phone with a 90Hz display, 6GB RAM, 128GB storage, plus four cameras on the back here, covering a 48 megapixel F1.8 main camera, an 8 megapixel ultra-wide, 5 megapixel macro, and 2 megapixel depth camera for portrait shots, while a 13 megapixel camera sits up front, arriving in a $599 price point.

Finally, there’s the highest model, which is coming a little later, the A73 5G, upsizing the screen to a 6.7 inch 120Hz display, and replacing that 64 megapixel camera with a 108 megapixel camera, something we suspect is like the module used in Motorola’s Edge 20.

All three models support 5G, WiFi, Bluetooth, and they all get IP67 water resistance and a 5000mAh battery. There’s no wireless charging on any of them, making it one of the few premium features missing on the Galaxy A mid-range.

“One in four A Series’ customers join from other smartphone brands, and we’ve also seen consumers upgrading devices within the A Series range or leapfrogging to our premium S Series range after experiencing all that Galaxy has to offer,” said Garry McGregor, Vice President of Mobile at Samsung in Australia.

As to whether it’ll be quite the same experience of the Galaxy S series, that seems a little unlikely. Typically, the camera tech and phone design sees differences, and we expect that here.

However for the price, Australian buyers may not care, as these appear to trickle some of that tech to a lower price point.

There will even be two 4G options sitting beneath with less memory in the Galaxy A13 and A23, both below the $400 mark.

All will arrive in April, though, with the A53 5G launching first on April 1 (no joke), while the A33 and A73 look set to launch in Australia on April 22. 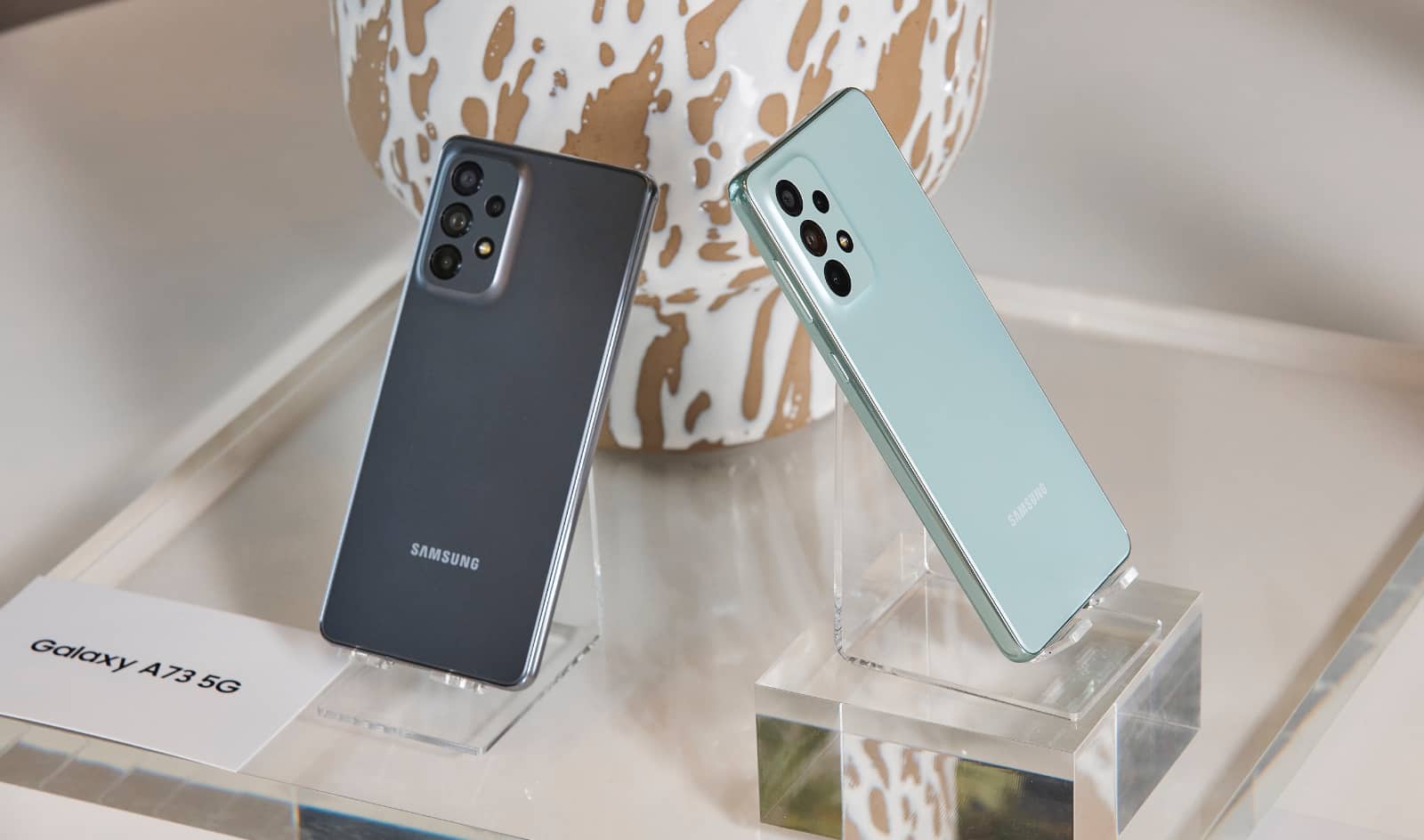