It's what's on the inside that counts.

Apple’s entry-level iPhone is now 5G, as the iPhone SE retains some familiar favourites for some, while boosting what’s on the inside.

When Apple updated its iPhone SE a couple of years ago, the aim of the game was to largely prove that you didn’t necessarily need to spend top-dollar to get a top-end iPhone.

Aside for giving Apple an entry alongside Google’s also lower-priced Pixel models in the “a” series, the iPhone SE brought back some familiar favourites to some fans, namely the fingerprint-backed Touch ID button and a smaller design, opting for a 4.7 inch screen encased in a frame, rather than the all-screen designs used in the iPhone X and above.

With a price just under the $800 mark in Australia, the iPhone SE was a bit of a hit, marrying the look of the iPhone 8, the chip of the iPhone 11, and the camera of the iPhone XR just before it. You might call it a motley crew of componentry, but back when we reviewed the 2020 iPhone SE, found it was a solid choice for people who didn’t need to spend an arm and a leg to get a great iPhone. It even came with water resistance and wireless charging just like the iPhone 8 before it.

In the 2022 iPhone SE, Apple is keeping the popular iPhone 8 design and size, with an IP67 water resistant chassis, 4.7 inch screen with 1334×750 resolution, plus that Touch ID button up front. In short, the 3rd generation iPhone SE looks the same as the 2nd generation you’ve been able to find for the past two years.

What’s different about the new model is on the inside, and ever so slightly on the outside, with the internals and rear camera getting a change.

The chip has been upgraded to the same chip from the iPhone 13 and iPhone 13 Mini, a 6-core A15 Bionic with a 4-core GPU, and support for 5G also along for the ride. It means iPhone SE 3 owners in Australia will be able to jump onto the 5G networks touted by every major telco in the country, though we expect it’ll be the Sub-6 5G connections offered on the iPhone 12 and 13 range, and not the mmWave gradually rolling out, and presently only supported on Google’s Pixel 6 Pro.

Apple’s other major change is to the camera on the back, with the wide 12 megapixel likely re-appearing from the iPhone XR given its use of an F1.8 aperture, but still it being the only camera. You won’t find the ultra-wide or telephoto cameras here, but it will offer 12 megapixel shots, plus support for the computational photography stuff found in the A15 chip the iPhone SE is being upgraded with. You may not find night mode or Apple’s neat Cinematic Video mode that brings portraiture to video, but still portraiture is still here along for the ride.

“This year we’ve built the most powerful and durable iPhone SE yet, with better battery life thanks to A15 Bionic, the same chip as our iPhone 13 line-up that also unlocks advanced camera features like Smart HDR 4, Photographic Styles and Deep Fusion,” said Kaiann Drance, Vice President of Worldwide iPhone Product Marketing at Apple.

“And with 5G, iPhone SE gives users faster downloads and uploads, higher-quality video streaming, real-time interactivity in apps and much more,” she said. Delivering the latest generation of technology and performance at this price is something only Apple can do.”

Priced from $719 in Australia outright from mid-March, Apple is definitely pushing the new iPhone a little higher in price from the last model, but still not as much as the rest of the range. Sporting similar hardware and one less camera, the 128GB 2022 iPhone SE is $799 and manages to be $400 lower than Apple’s other small phone, the 128GB $1199 iPhone 13 Mini.

You won’t find support for Apple’s MagSafe magnetic charging technology, even if regular non-magnetic wireless charging is here, and while the design is water resistant, the Ceramic Shield isn’t a part of the design. Apple is touting what it calls “the toughest glass in a smartphone on the front and the back”, but its spec sheet stops short of saying Ceramic Shield. In short, it’s the same quality glass on the back of the iPhone 13, but not the same on the front. 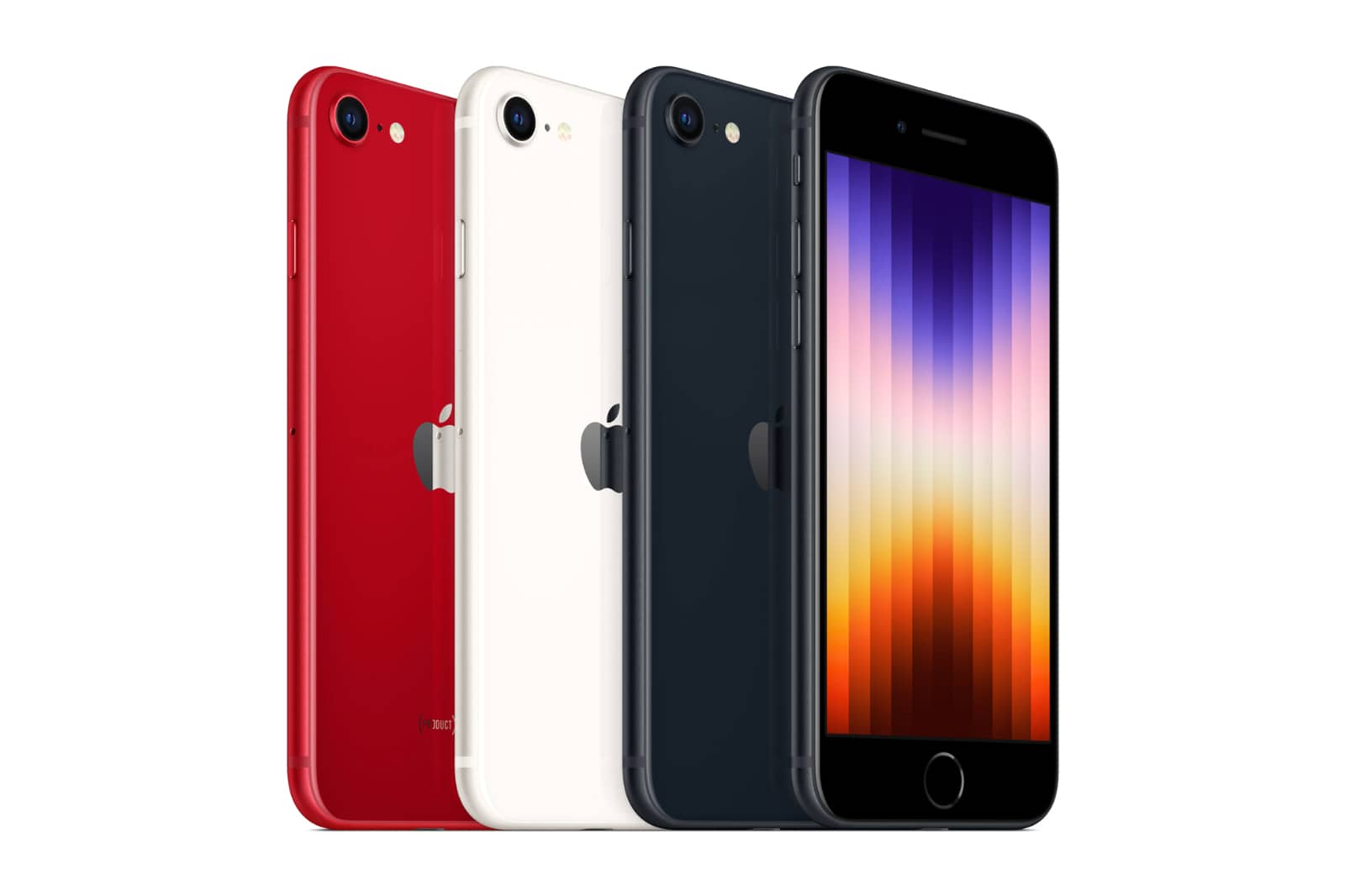 Of particular importance for the 2022 iPhone SE in Australia may well be the competition and 5G phone landscape, particularly in the high-end. Apple’s phones have always been regarded as high-end, and while the new iPhone SE can be regarded as a slightly trickled down iPhone 13, it’s still an iPhone and premium, at that.

While there are plenty of competitors offering mid-range 5G phones around the $500 mark, finding a phone that offers wireless charging, water resistance, and the premium design that you can find in the iPhone range isn’t always as easy, and that may give Apple a bit of an edge.

Consumers will vote with their wallets, of course, but 2022’s iPhone SE hits pre-order status on March 12 in Australia, with availability a little less than a week later on March 18, priced from $719 for a 64GB model, with 128GB and 256GB options also made available. 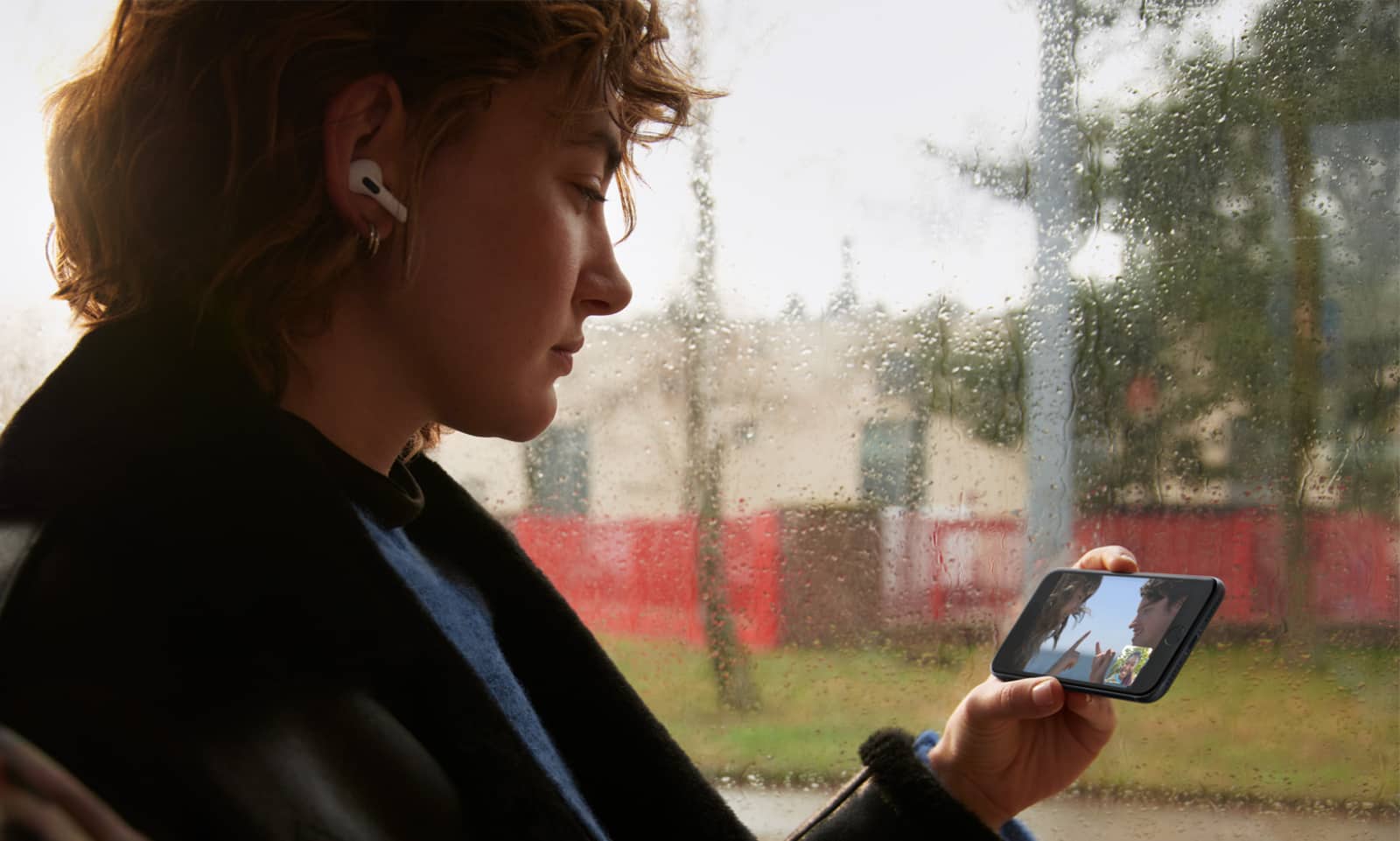