It’s not just LG and Samsung with an 8K Mini-LED TV, as TCL brings the tech and another feature home. Finding compatibility might be the issue.

Even though a new year is right around the corner, cast your mind back to the beginning of the year when that was clearly not the case. Back in January at CES 2021, there was a focus on new TVs, models of which Australians are finally being able to see.

New TVs and new TV technologies are par for the course at CES, but this year, more companies seemingly introduced audiences to new acronyms and initialisms, as “Mini-LED” became a thing. It was “Neo QLED” for Samsung and “QNED” for LG, and while Apple and Dell and others are using the technology, Mini-LED is still the same concept: lots of smaller LEDs sitting behind an LCD panel more directly controlling on-screen lighting.

Sitting almost as a half-step between LED-backlit TVs and OLED TVs, Mini-LED provides a middle ground for people who want something with more lighting control than a standard LED-backlit LCD TV, but might not want the high cost or potential longevity problems associated with an organic LED TV, the OLEDs we’re always talking about.

This technology may well be new to most brands, but at least one has been dabbling in it a little longer: TCL, with products announced in Mini-LED in 2020, not just this year like everyone else.

That means a TCL Mini-LED TV is more likely to be a second-gen product rather than a first, and details are recently emerging for what TCL’s 8K Mini-LED looks like in Australia. 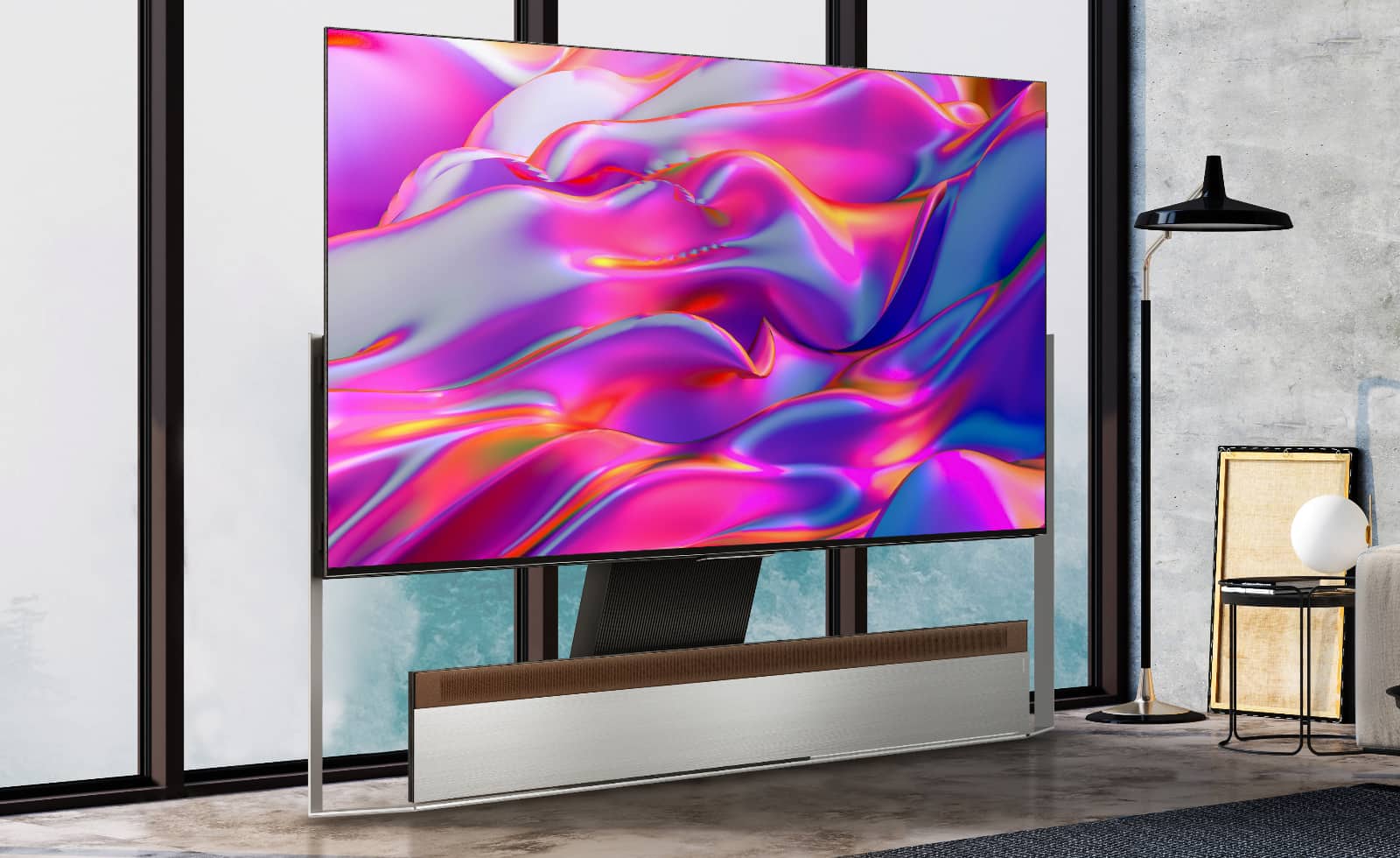 Specifically, it’ll come in an 85 inch model with both quantum dot and TCL’s “OD Zero” mini-LED technology, using over 90,000 tiny LEDs to control backlight intensity, delivering HDR and controlling the brightness and contrast using Dolby Vision IQ, a technology that balances it all against a room’s lighting conditions.

There’s a Dolby Atmos soundbar and subwoofer with 5.1.2 sound (five surround, one sub, two vertical) that it comes with, build into the stand and frame, with Onkyo tuning the audio otherwise, and the TV will also feature Google Assistant, Amazon Alexa, and include a pop-up camera so you can chat to people in video calls, handy as there’s Google TV running as the operating system, as well.

The one feature that may be a little surprising is support for “IMAX Enhanced”, an image processing technology that works with select IMAX titles to provide colour and contrast the way IMAX expects it. Think of it as Dolby Vision for IMAX, but only on titles adapted for the big IMAX screens.

However, while “IMAX Enhanced” sounds like a neat way to experience films — and not just documentaries, at that! — getting them in Australia may be a touch difficult. While not a problem of TCL itself, in Australia there are no streaming providers locally with IMAX Enhanced titles onboard, with the only way of getting these through Ultra HD Blu-ray titles you’ll have to grab yourself.

All that aside, where TCL appears to be competitive is on price, pitching its 85 inch Mini-LED option as a $15K TV, or just shy of it. In Australia, the TCL X925 Pro will cost $14,999 when it’s released later this year, something that makes it a fairly competitive option in the massive TV space.

Smaller models without quite the same technology will be found for less, with the 65 and 75 inch X925 costing $4499 and $5999 respectively and available now, but missing out on the soundbar and the OD Zero flagship Mini-LED technology. They’ll both get Mini-LED, it just won’t necessarily be quite the same.