The soundbar and the surround sound receiver aren’t the only way to get sound all around you, as Sony reinvents the wheel for a 360 rendition.

If you’ve been looking for a way to get sound happening all around you, there’s a good chance you’ve looked at a soundbar and rear speakers, or gone the full hog with a surround sound receiver and numerous speakers.

While each is different, each also offers similarities, with the idea essentially delivering a centre channel of sound at the front often connected to the left and right front speakers, while the rear speakers provide back equivalents for audio behind you. If you fold in some Dolby Atmos support, you can expect to fire sound up, bouncing audio around the room, and of course there’s what a subwoofer can bring to the table, with some big booms for the bassy sounds.

Soundbar or receiver, however, the idea is still the same: speakers set up in specific positions to the front, left, right, and rear of you that relay the sound so that is orients around you.

But not all, as Sony experiments with an approach that reads a little differently, launching four speakers designed to link up together that play nicely and emulate the sound of 12, bouncing sound around the room.

It’s a concept coming in the Sony HT-A9, a home theatre set that relies on four speakers with two microphones in each to talk to each other, listen to the room, and create the feeling of speakers that don’t exist, something Sony describes as “phantom speakers”. 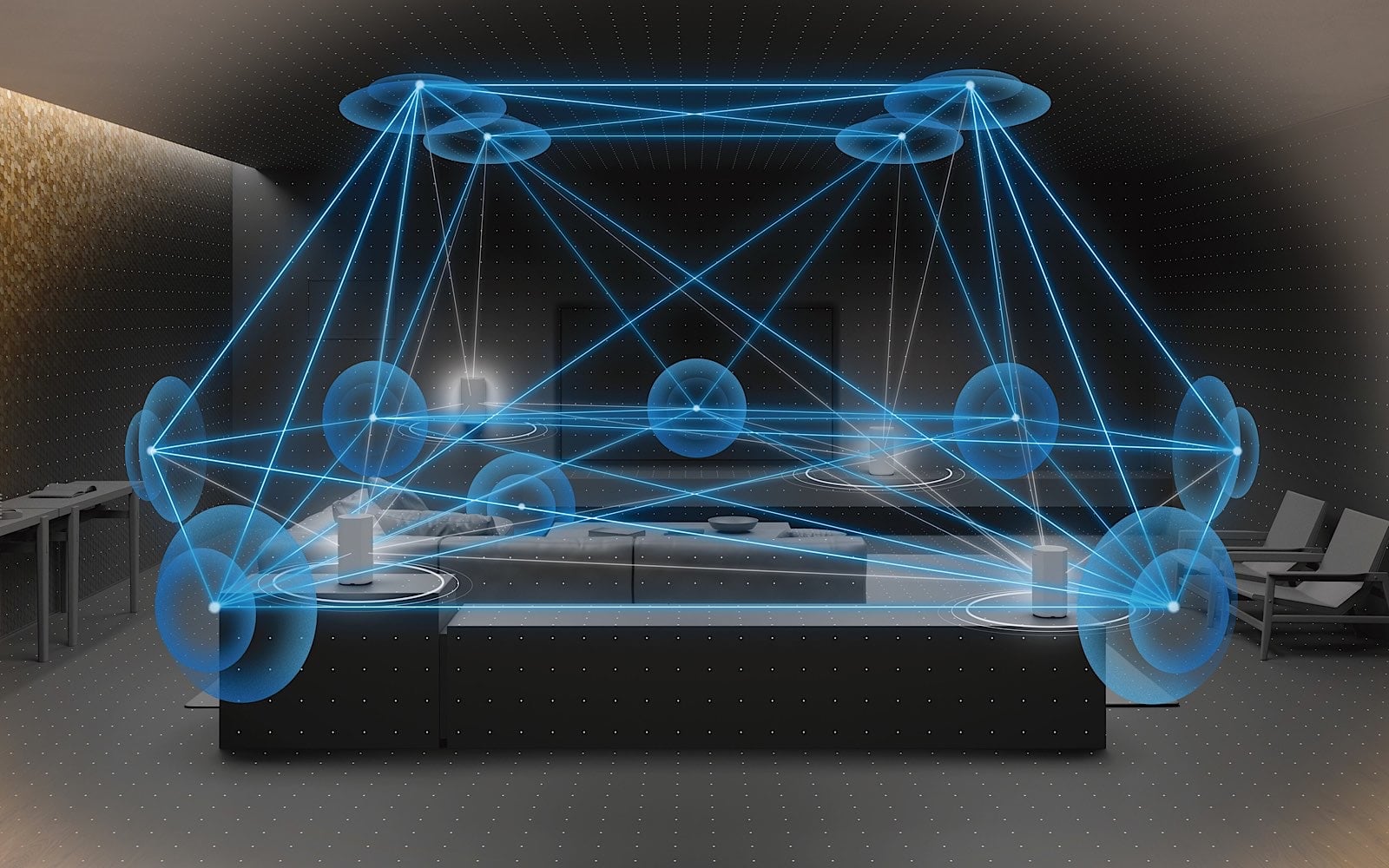 Similar to how the Sonos Arc bounces upwards sound on your ceiling to create speakers on your roof, the Sony A9 relays sound around your room by moving audio in space, all without a soundbar.

There are no wires connecting them beyond the power they need, and no HDMI to the speakers. Rather, there’s a control box that talks to the TV and the speakers, making Sony’s A9 a rather unique take on surround sound that removes the need for a big soundbar or speaker system, relying instead on four cylindrical speakers sort up in your home. 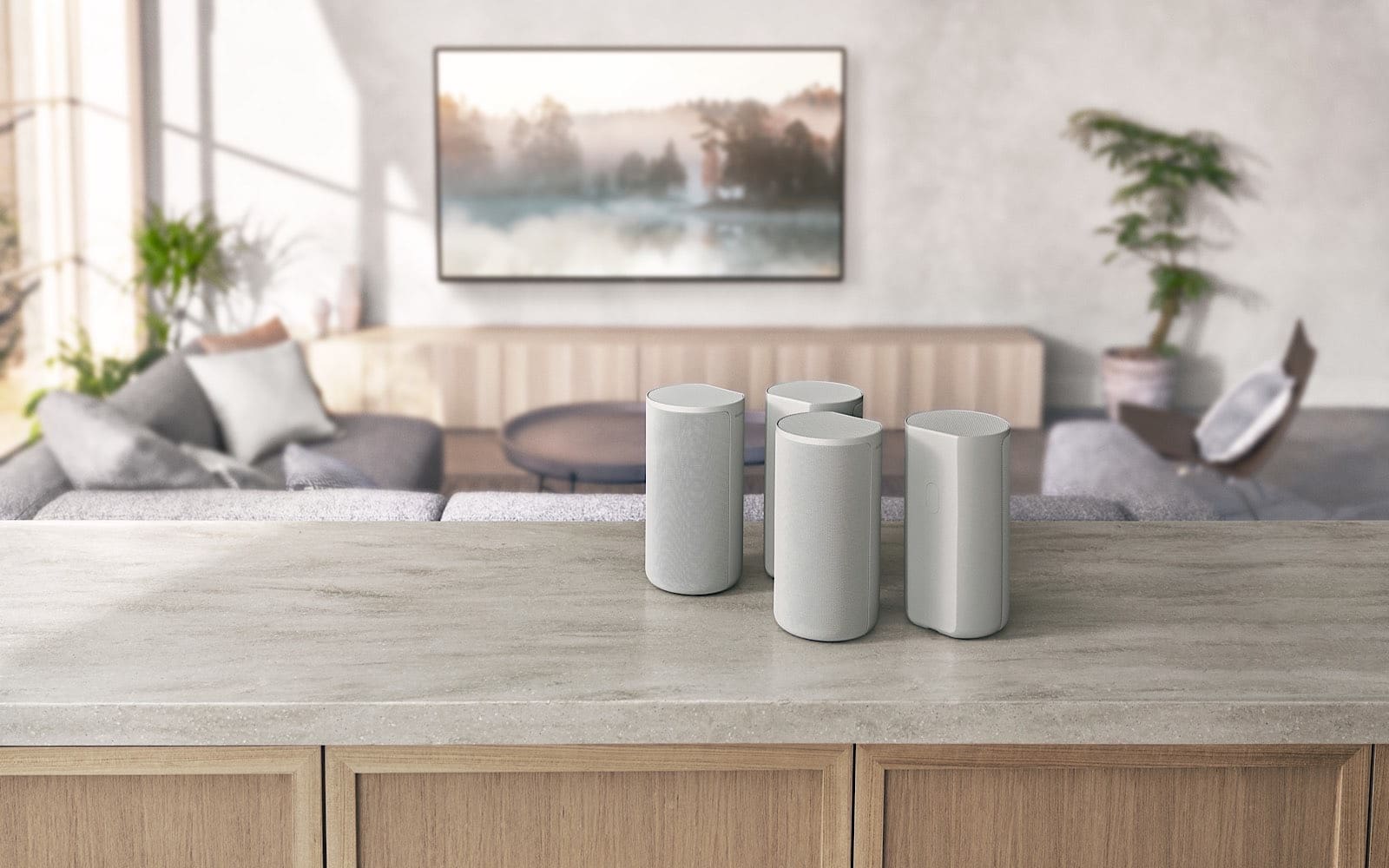 And they’re speakers that seem to have learned a thing or two from the Sony RA3000, with support for high-resolution audio, Sony 360 Reality Audio spatial sound, but surprisingly not Dolby Atmos.

For that, you’ll want to turn to the Sony HT-A7000, a soundbar sporting two up-firing speakers, two tweeters, five front speakers, and a subwoofer, resulting in a 7.1.2 (7 surround, 1 bass, 2 upward/3D audio) system that can play Dolby Atmos and DTS:X 3D surround. 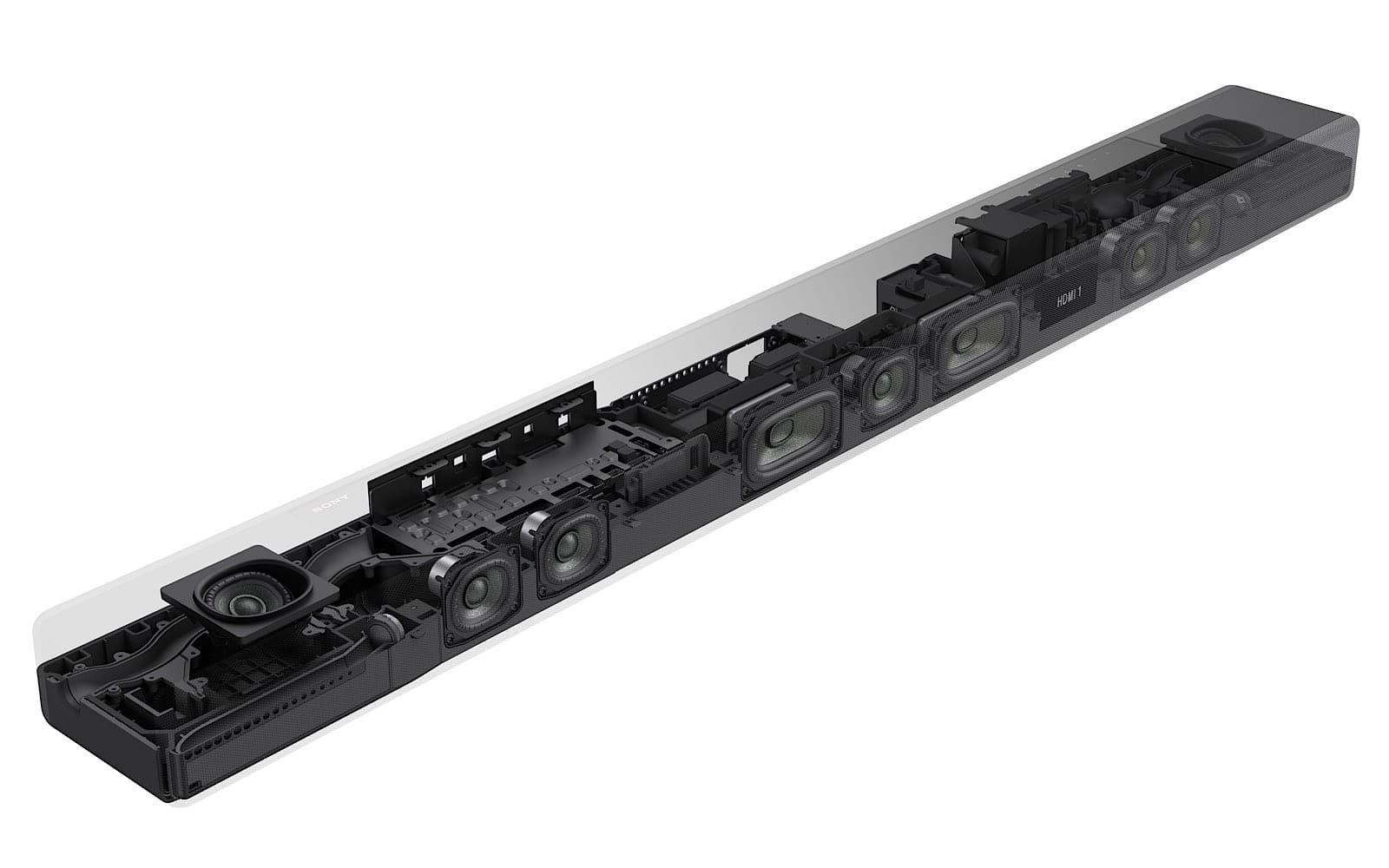 The A7000 is more like a conventional soundbar, adopting multiple speakers to create a big astound, with support for high-resolution audio and Sony 360 Reality Audio like its A9 sibling, but also the Dolby Atmos love for movies and music, as well.

Both speaker systems are designed to work with any TV, though Sony notes they’ll work better with recent Sony TVs thanks to a Bravia Acoustic Centre Sync, which matches the screen to what’s happening on the sound systems, something that might see short bursts of delay with other TVs before being calibrated. 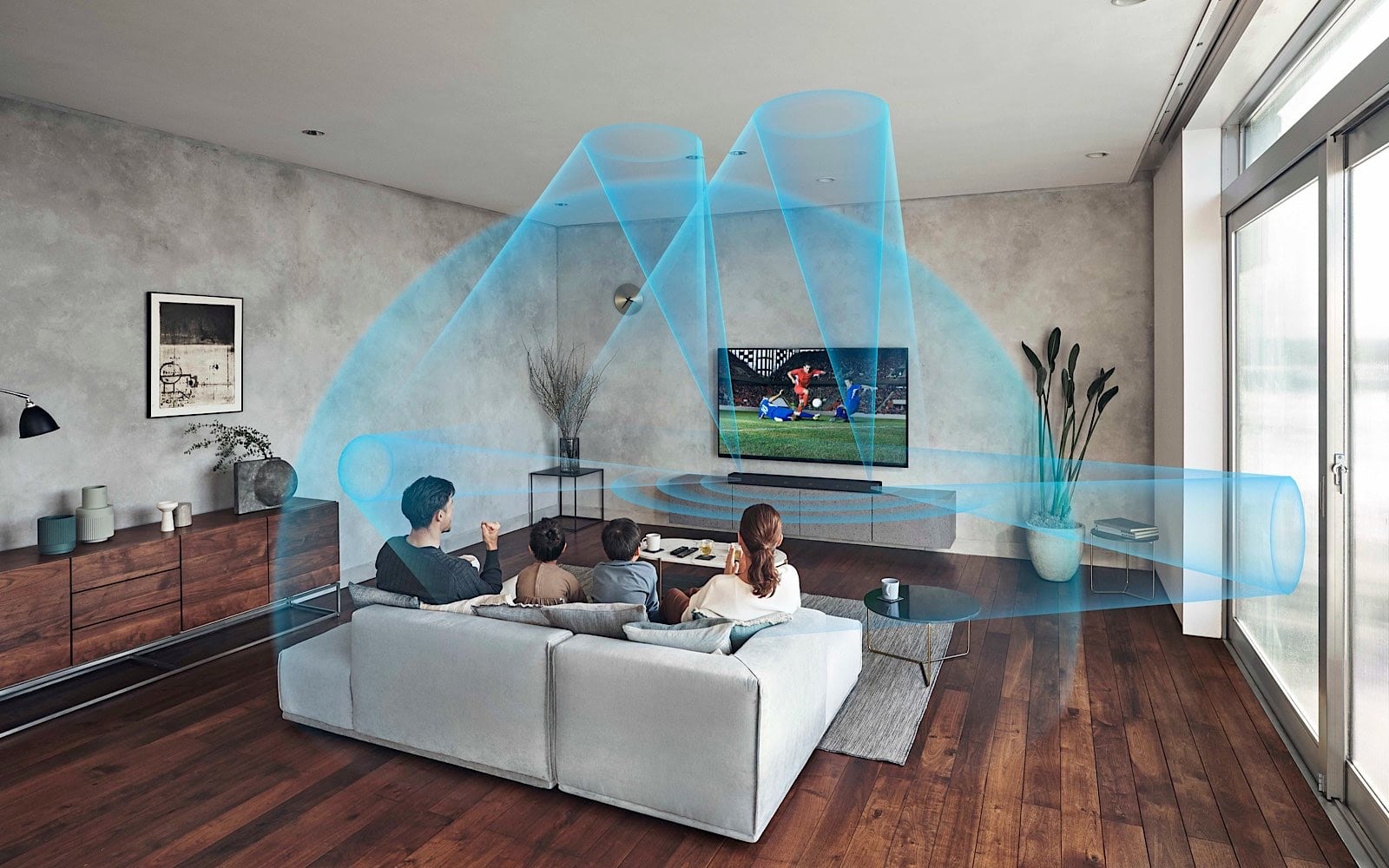 The duo also supports extra subwoofers, of which Sony has a couple on the way out for. There’s the SW3 which delivers 200 watts of sound from a 160mm driver, while the Sony SW5 offers 300 watts from a 180mm driver, retailing for $599 and $999 respectively.

Pricing for Sony’s soundbar and wireless surround systems are a little different again, with Australia set to get the A7000 soundbar for $1699, while the HT-A9 will cost $2299 when that launch in September this year.