Getting three dimensional sound at home mightn’t require a big sound system, as the smaller Sonos soundbar gets an upgrade of sorts.

Experiencing surround sound at home has changed quite a bit over the past few years, and while the hardware is one reason why, it also comes down to one of the standards: Atmos.

If you’ve seen the name before, you may have a 4K TV or higher, and have been browsing the catalogues of movies and TV shows on streaming services. Or you might have been looking for a new sound system, and wondering what this whole Atmos thing is about.

Dolby’s take on 3D sound (because it’s not the only provider), Atmos has been around in movies since 2012, with cinemas and film releases growing in number since that time, creating a type of sound that is more directional than the surround sound standard by positioning speakers above you.

3D sound occurs above and around you, creating a bubble of audio so you can hear elements of the on-screen drama unfold closer to your head, helping you to feel more deeply connected to what’s going on.

When the technology started to come home, speaker makers started to make Atmos work by firing sound at the ceiling and having the audio bounce around you. You’d still want the surround sound with rear speakers, but creating the top ones could be handled by firing sound up, bouncing it to appear where you sat. That’s the bubble of 3D sound.

Atmos at home first started in high-end sound systems, but gradually made its way to soundbars, and last year Sonos integrated it into a long take on that, the Arc. Made up of 11 drivers, two of which were positioned to fire up, the Arc managed to get Dolby Atmos working in a way that made it seamless for folks at home, even tweaking it to allow for height changes recently.

It’s worth noting that Sonos wasn’t the first to get Atmos at home in a soundbar. LG, Samsung, and plenty of others have made Dolby Atmos-capable soundbars with upfiring speakers, creating that bubble of sound in a way that meant you didn’t have to position special speakers around the room or really do a whole lot.

However almost every Atmos soundbar came with a price as big as the soundbar itself, and for $1399, the Sonos Arc wasn’t for everyone.

And that’s where a new soundbar from Sonos might change things, getting the price of an Atmos soundbar to half the Arc, the $699 Beam Gen 2.

What’s different about the Beam Gen 2?

The latest in the range and a replacement for the first Beam, Gen 2 takes mostly the same sound hardware, plunges it behind a sleeker design with a grill look closer to that of the Arc, and updates the chip and silicon inside, improving its capabilities.

It’s technically the same size as the Beam Gen 1 and much of the speaker design is the same, with five Class D amps across eight speakers: four midwoofers, one centre tweeter, and three passive radiators.

Sonos tells us that’s largely the same as it was, but the chip and board have been changed, with support for HDMI eARC to get sound through 4K TVs timely and clearly, plus support for NFC to set the speaker up.

And there’s also that new chip, which allows the Beam Gen 2 to handle Dolby Atmos soundtracks when sent from a 4K or 8K TV, converting the audio to play through the Gen 2 in a way that sounds like Dolby Atmos. Sonos even confirmed to Pickr that the Beam Gen 2 will handle Atmos sound without needing a 4K TV, but because it’s typically bundled in, that’s how you can expect to get most of your Dolby Atmos 3D streams.

It’s like last year’s Sonos Arc in how it should sound to ears, but unlike the Arc, there are no up-firing tweeters here. Unlike the Arc, this isn’t true Atmos in the home. It’ll be enough for many, but it’s not the same.

How Atmos works in the Beam Gen 2 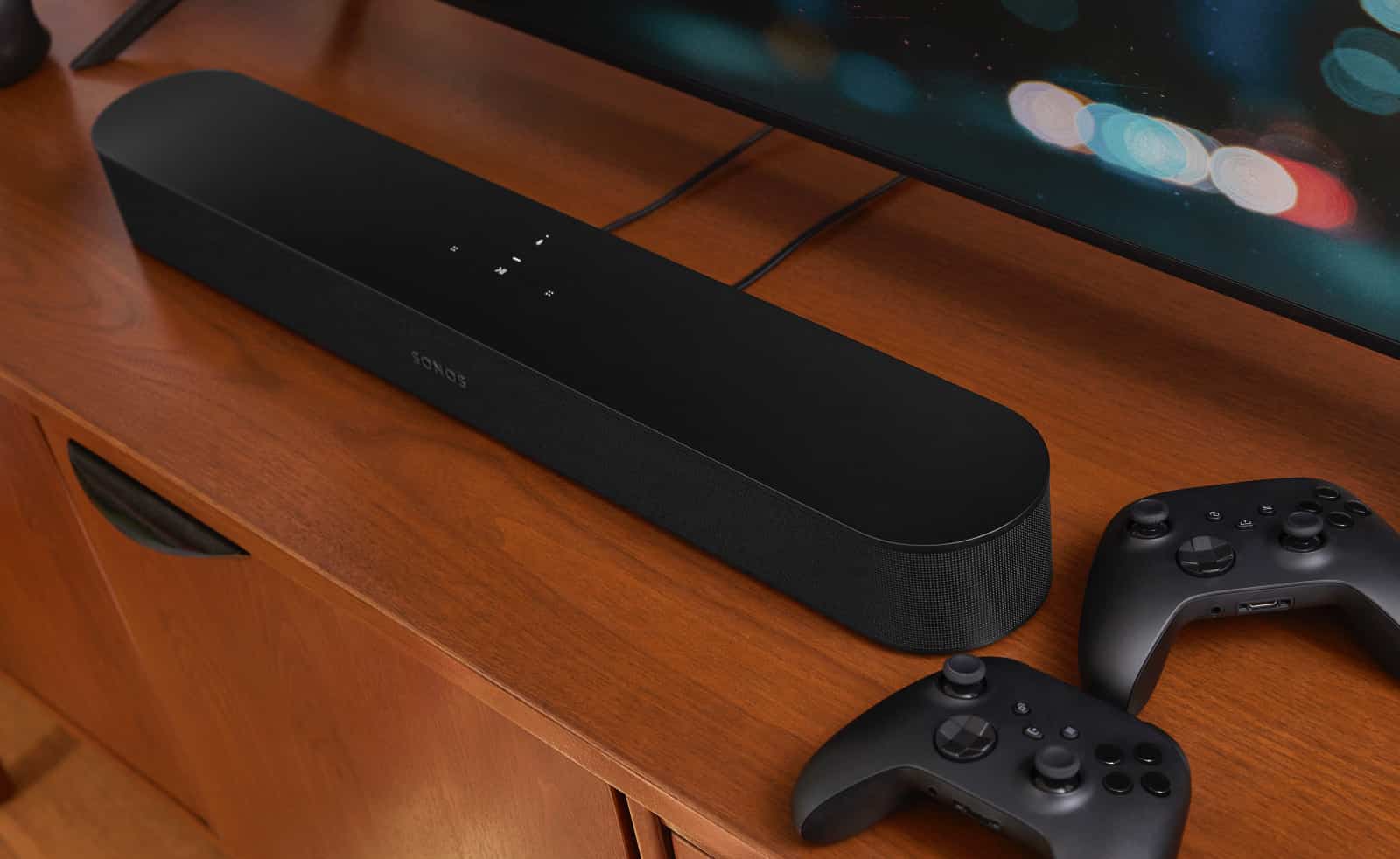 While Sonos is bringing the bubble of 3D sound that is Atmos to the Beam, it’s worth noting that Sonos hasn’t upgraded the architecture of its speaker. Rather, it changed the processor inside, but left the sound technology largely the same. That means the Sonos Beam Gen 2 doesn’t including any upwards-firing speakers to bounce audio, and therefore simulates Dolby Atmos.

It means the Sonos Gen 2 isn’t doing what the Sonos Arc does for its Atmos sound, instead tricking your ears with psychoacoustic sound rather than firing sound at your ceiling to create that bubble of a soundscape.

Essentially, Dolby Atmos delivered this way is rather like what a TV advertising Dolby Atmos does, presenting a virtualised 3D sound rather than one that uses your home to ricochet sound off surfaces. To do this, Sonos will control timing of sounds to make you think it’s 3D, rather than actually do what true 3D sound systems do. While it will technically take up to a 7.1.4 sound from Atmos — 7 channels surround, 1 subwoofer, 4 height in 3D sound — it will virtually recreate them, tricking your ears in the process.

And for many, that’ll be fine: while Atmos works best when playing sound above and around, encapsulating the viewers and listeners in a bubble of sound, many may not be able to tell the difference, and this is how Sonos gets the cost of Atmos down. More specifically, it may be how Sonos brings Atmos and multiroom to more ears.

Atmos and multiroom for $699 in Australia 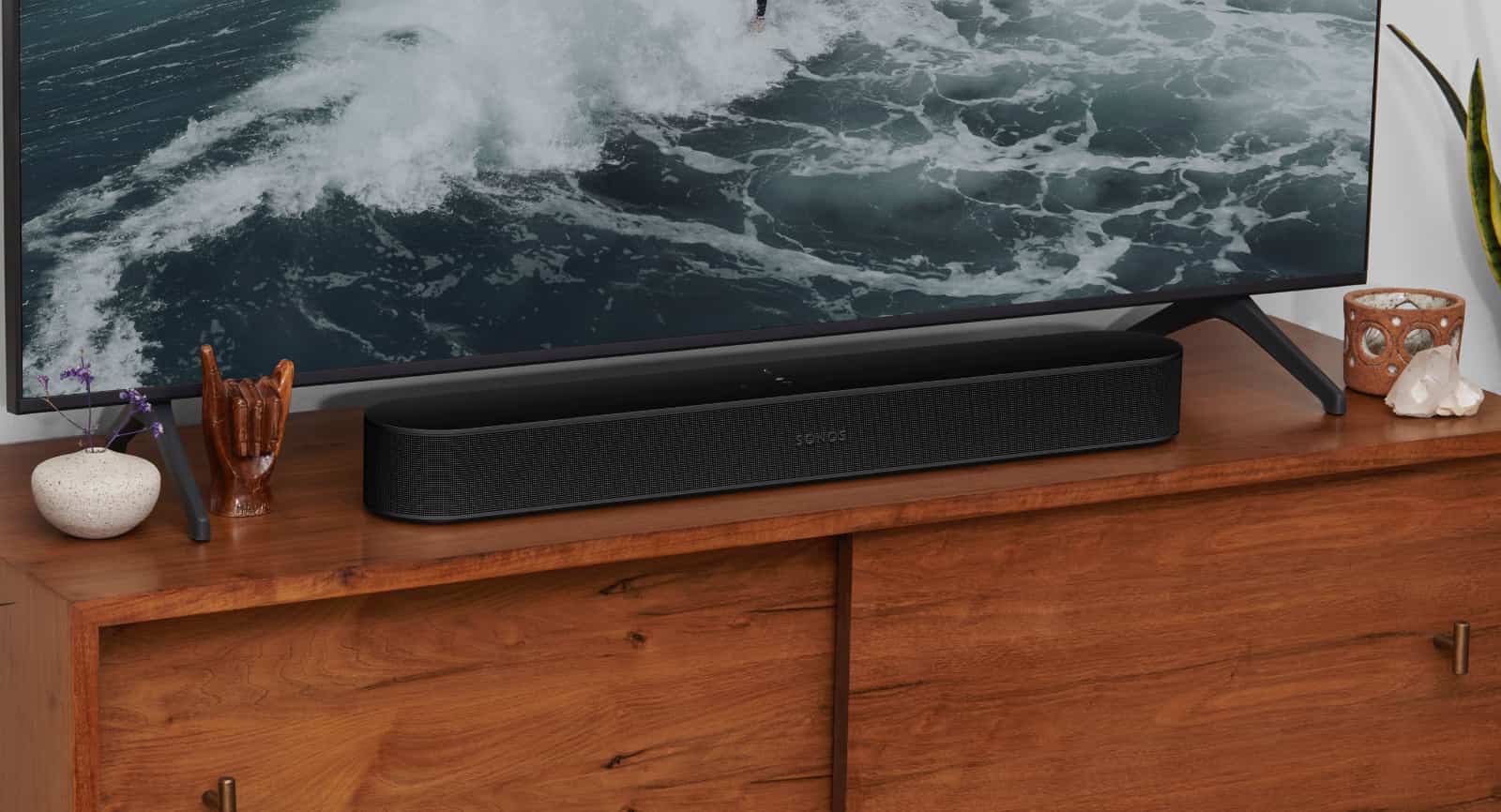 In Australia, getting the price of Atmos down alongside Sonos’ well-established take in multiroom sound comes in at the same price of its previous Beam soundbar: $699.

For a hair under $700, folks will likely get the same strength of sound we experienced back when we reviewed the first Beam in 2018, but with the ability to handle Atmos tracks, too, handy given the cost of 4K TVs has dropped, and so the cost of comparable soundbars probably should, as well.

It’s one more step for getting big movie sound at home for folks who mightn’t want to spend big dollars, what is easily one of the problems with getting that big sound into the home.

“We often talk about ‘Hollywood at home’ being a real catalyst for our business, and Beam has played a huge part in this as one of the top-selling soundbars in its category,” said Patrick Spence, CEO of Sonos CEO.

“Taking what we’ve learned over the years about great listening and home theatre, we’ve found a way to bring new features and significantly better sound to Beam, all in the same compact size that has proven extremely popular with customers,” he said.

The launch of Sonos’ Beam Gen 2 arrives alongside news that Amazon Music will also launch support music in Atmos later in the year, as well, following on from Tidal’s launch of Dolby Atmos music last year and Apple Music’s arrival of Atmos this year. There’s no word yet on whether Amazon Music in Australia will support this, but that could happen, too.

For now, the Sonos Beam Gen 2 is set for release in Australia and the rest of the world from October 5, priced in Australia for $699 by itself. You can probably expect bundles with other speakers to create the full surround sound effect, with compatibility for the Beam Gen 2 arriving in multiroom for the entire current Sonos range, while the TV rear speakers won’t work with the portable Roam and Move speakers, as is the case with the Arc, as well. 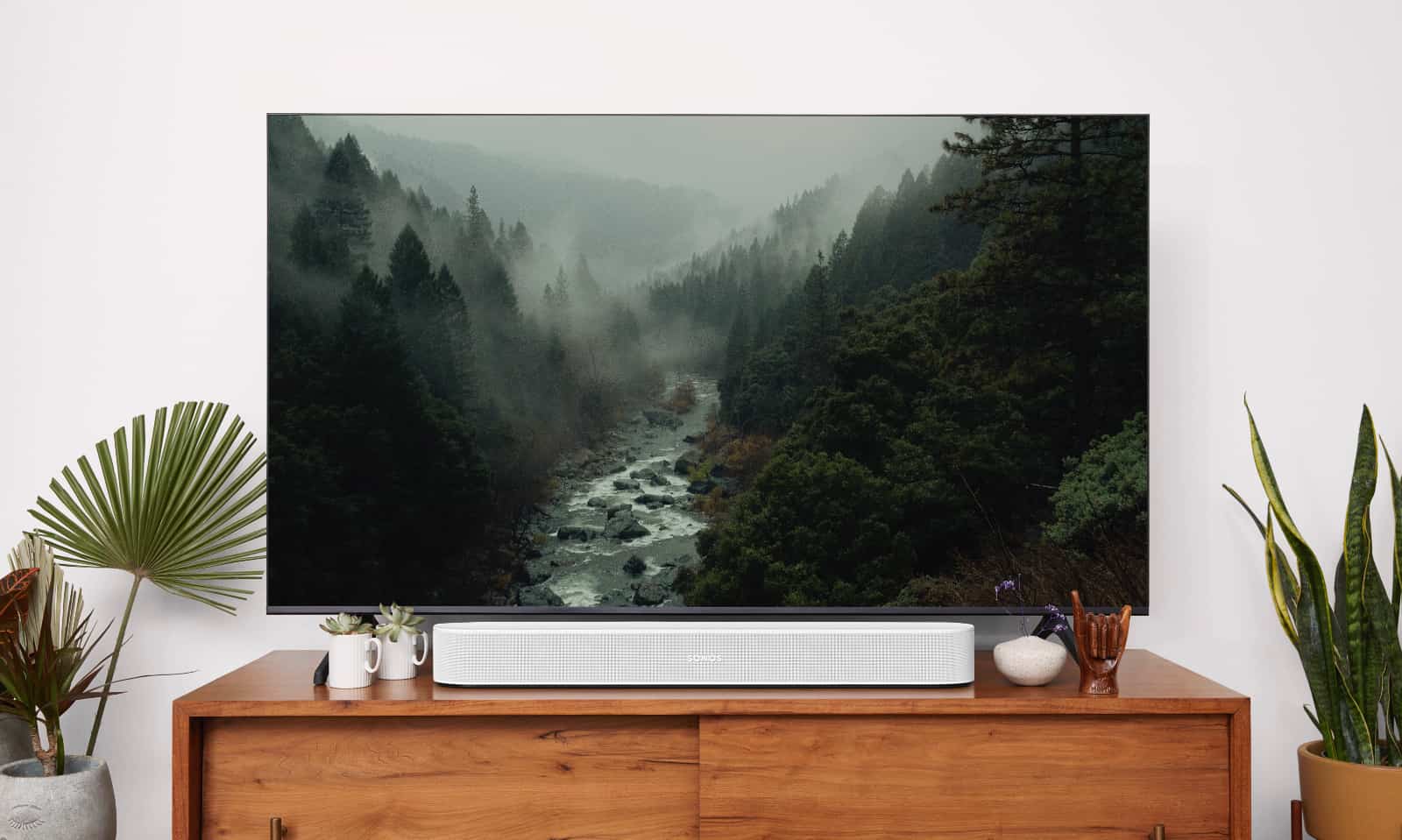