Not everyone wants an iPad, but if you like what the iPad Pro’s 12 inch model offers and are keen to see it with Android instead, Samsung may offer something shortly.

If it seems like the tablet world is a little quiet, you’re not alone. With fewer flagship brands doing tablets lately, it can seem like there’s not a lot happening.

Apple always has models to look at, complete with a new iPad Mini and an entry-level iPad, not to mention the activity for the more expensive iPad Pro models, while Windows sports a fair, too. That could start with the Surface models, but there’s also the assortment of 2-in-1 variants from the regular computer makers such as Acer, Asus, Dell, HP, and Lenovo, to name a few, and so on and so on. Yet with Android, it can seem very empty, with only a handful popping up.

If you’re looking for a tablet, it means you’re probably looking at an iPad, a Windows tablet, or one of the scarce Android options.

This week in Australia, though, there’s another of those as Samsung’s take on a 12 inch tablet rocks up, a sort of take on the 12 inch iPad Pro, but with Android instead. 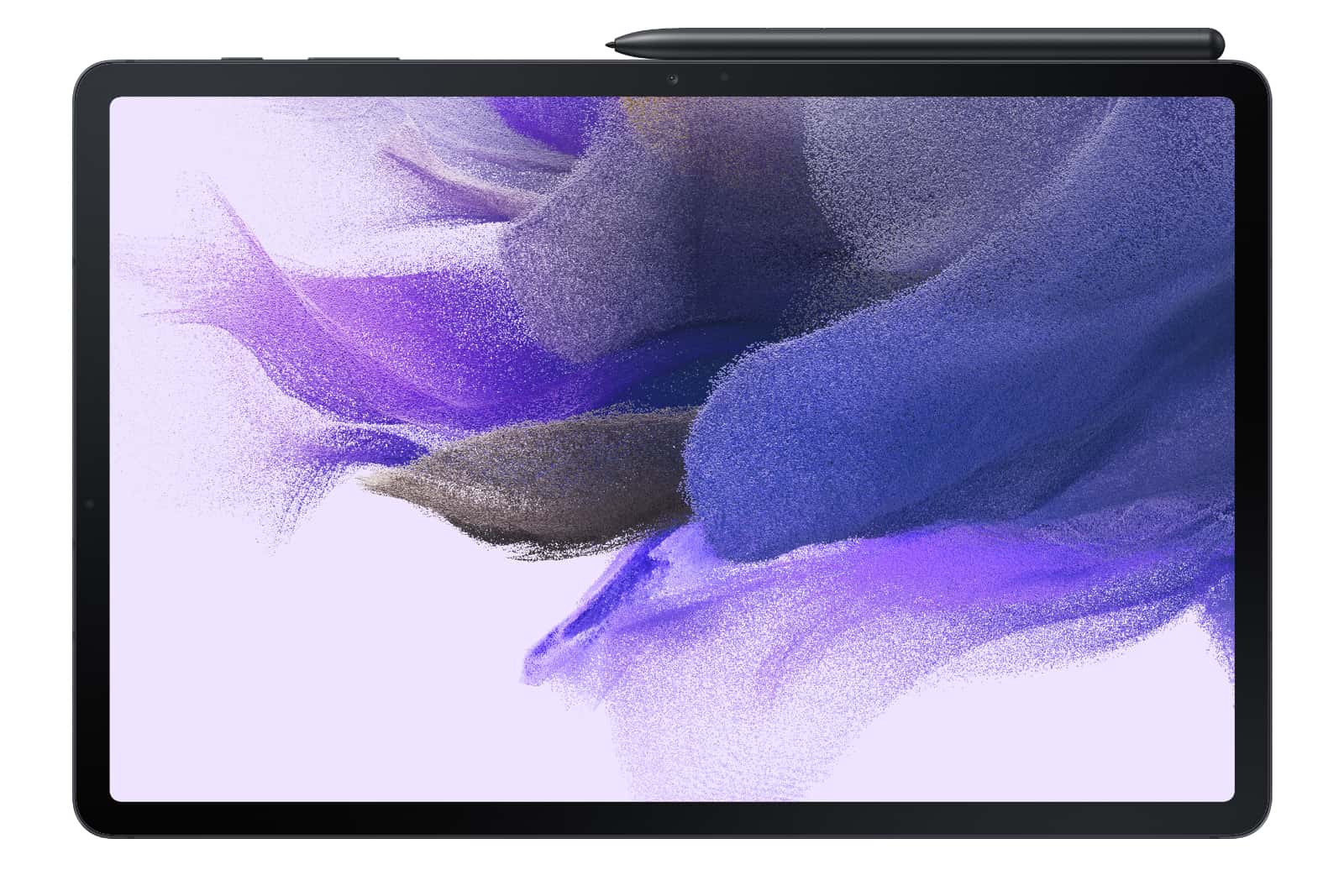 It’s coming in the previously announced Galaxy Tab S7 FE, a 12.4 inch tablet sporting an eight-core chip, 6GB RAM, 128GB storage and a microSD slot, a big Android tablet with support for 5G if you need it, but also without if you, well, don’t.

Regardless of whether you need mobile support or not, there’s 802.11ac WiFi and Bluetooth 5, as well as GPS, though no NFC can be found in the tablet, meaning no easy headphone pairing beyond how devices normally pair over Bluetooth. You will find support for Dolby Atmos here, though, working through two speakers on the tablet, handy if you like listening to your music and movies without a pair of headphones.

Samsung will include an S-Pen for drawing and scribbling, though its Book Cover Keyboard is an optional extra if you want to turn the Tab S7 FE into a makeshift laptop of sorts, but with Android. That could make it handy for Android users looking to extend their creativity across a larger screen and tablet, taking their work with them.

“With students and creative professionals increasingly looking for ways to work on-the-go – whether it’s editing documents or design work – the Galaxy Tab S7 FE provides the tools and features they need to ensure a new idea or creative spark is captured,” said Garry McGregor, Vice President of the Mobile Division at Samsung in Australia.

Locally, Samsung has set the Tab S7 FE for a recommended retail starting price of $799 arriving with 64GB and WiFi only, while the 128GB option will start at $899, with the 5G edition fetching $180 more for each, respectively.