There’s a new breed of foldable tablet phones, as Samsung builds a version where you can’t see the selfie camera.

With phones as big a 6.7 inches, it’s pretty clear phones are getting bigger, but they can still get larger again depending on the form-factor you find.

In fact, if the iPhone 12 Pro Max and Galaxy S21 Ultra are still too small for your needs — and they’re among the biggest phones around at the moment — hold up, because Samsung Unpacked is showing an even bigger phone, provided you don’t mind unfolding it.

That’s the big news coming out of the mid-year Galaxy Unpacked show, something we knew was coming given last year’s announcement, but is exciting all the same with a big new foldable from one of the few brands making one.

While the foldable revolution has been touted in phones for a number of years now, the handsets have been trickling out. Huawei has a couple, but with the loss of Google support, the Mate Xs foldables aren’t getting a lot of love, and Motorola’s only foldable, the Razr, competes with Samsung’s pint-sized Flip.

The latest in the range offers up something similar to last year’s efforts, but with some much welcome changes, particularly in the areas of durability.

On the screen side, Samsung is improving the outside display, keeping a 6.2 inch HD+ AMOLED, but improving the hardware to support 120Hz and upping the resolution slightly. Inside, the main screen is a 7.6 inch display with 120Hz, so you get the same smooth animation across the board, and it’s a big 7.6 inches because of the wider aspect ratio tablets tend to offer.

Under that big screen, there’s a selfie camera, but good luck finding it because Samsung has hidden it below the screen. Much like how Oppo recently announced its own take on the under-screen camera, Samsung also appears to have one found under the display of the 7.6 inch screen running at 4 megapixels. 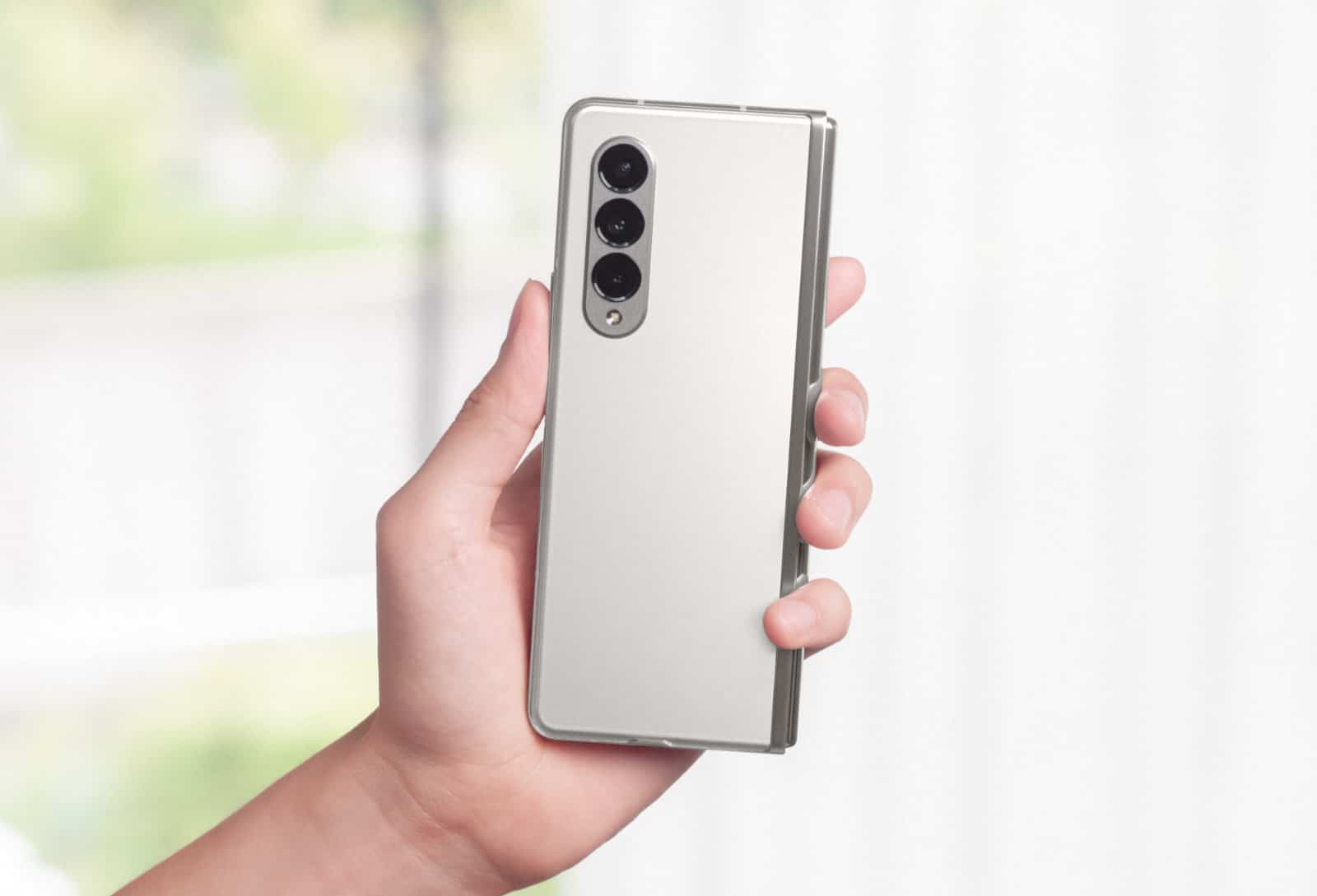 The cameras are a slight change, but the durability may well be the one worth talking about, with a combination of flat-edged aluminium edges and the hinge, plus more durable glass overall, sporting Corning’s Gorilla Glass Victus on the external screen and rear glass elements, improved durability on the flexible display, plus Gorilla Glass for the camera lenses, too.

Water resistance is also a feature in the Galaxy Fold 3, a change from last time given there was no splash support last time. Granted, it’s not the full gamut of protection, with IPX8 offered, though that will cover splash and water, even if it misses out on sand and dust.

Alongside the durability, there’s also support for 5G, WiFi, Bluetooth, NFC for Google Pay, Magnetic Stripe Payments for Samsung Pay, 12GB RAM, and either 256GB or 512GB storage on Android 11, plus a fingerprint sensor and facial unlock, and then there’s something else.

We’ve wondered for some time whether Samsung would kill the Note range and replace it with the Galaxy Fold, as it just made sense: a bigger screen with pen support means the Galaxy Fold could be a bigger Note later on. 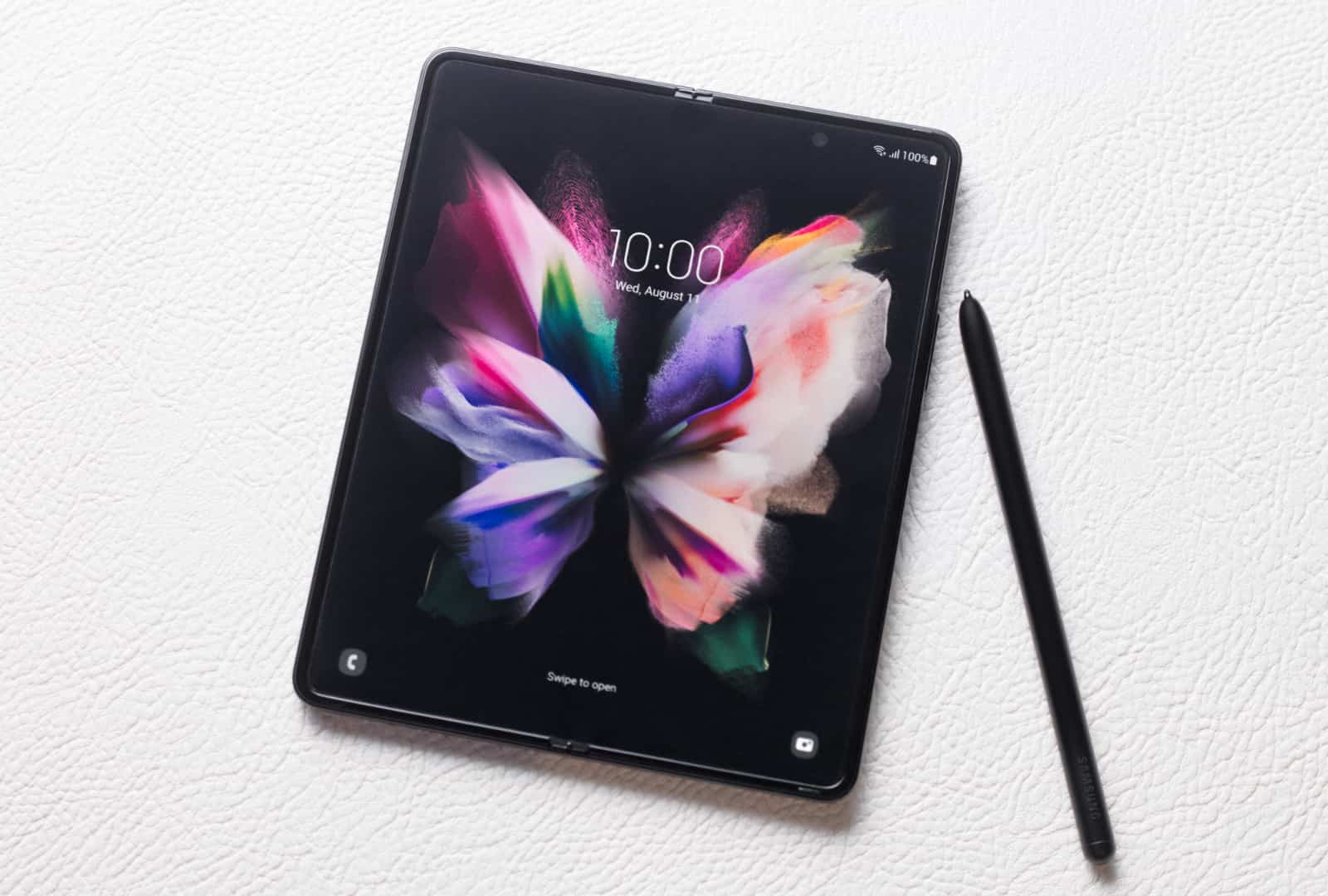 And this year, that’s exactly what appears to be happening, with support for two S-Pen varieties, coming in the S-Pen Fold Edition and the S-Pen Pro. The former is a basic pen that only works on the Galaxy Fold 3, skipping out on Bluetooth and using the magnetic tech the Note has long relied on, while the S Pen Pro works on Bluetooth and can switch between devices that support the S Pen, be it the Fold or something else.

That basically makes Samsung’s big new foldable a combination between phone, tablet, and large note taking device, allowing the phone to properly jump between device categories in its third iteration.

“More and more people around the world are joining the revolution and unshackling from old, to Fold, recognising the potential for how these devices can deliver incredible experiences,” said Garry McGregor, Vice President for Samsung’s Mobile Division in Australia.

“I could not be more proud to say that Samsung is leading the foldable smartphone market with the Galaxy Z series.”

Of course, it won’t come cheap, setting a price tag that places the Z Fold 3 in the upper echelon of Australian mobile pricing.

Granted, those prices are still relatively high, and neither comes with the S-Pen. The basic Fold S-Pen for the Fold 3 will cost $74, while the S-Pen Pro will be more than double the cost at $189 in Australia.

All of these look set to launch on September 10, with a further Thom Browne special edition getting the Fold 3, earphones, Galaxy Watch, S-Pen Pro, leather cover ,and wireless charger for a staggering $4699. That may well be the most expensive phone we’ve seen in ages, edging as close to $5K as phones get.

That special edition is limited to the Samsung Store, mind you, but the others will be coming to Telstra, Optus, and Vodafone, too, each with their own special packages. 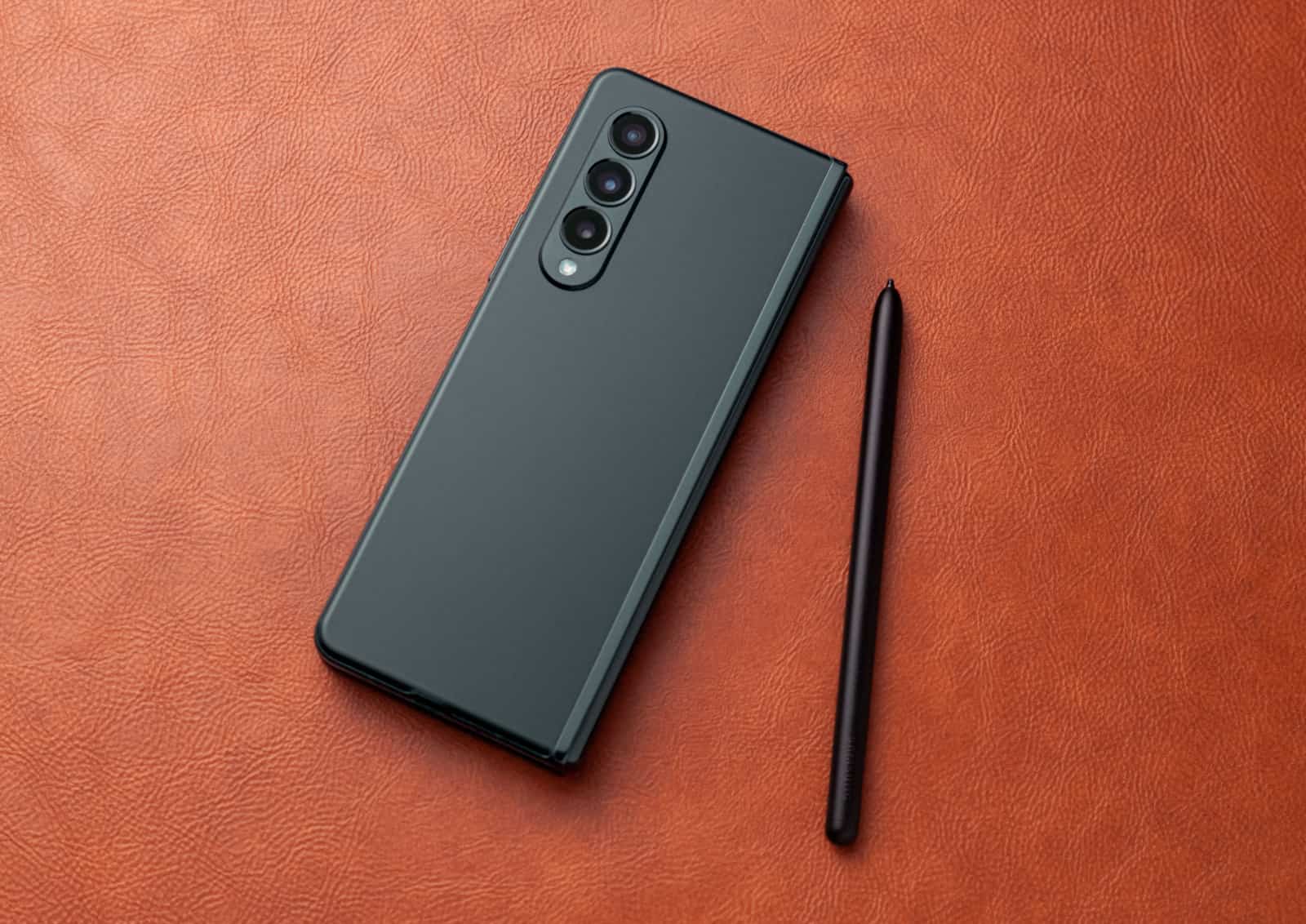