A big monitor can make a world of difference to a gaming or entertainment experience, and Samsung’s latest isn’t just big, but brings a new display technology, too.

Getting the best experience out of your computer can vary depending on who you are and what you’re trying to do, but there’s a good chance a big screen has something to do with it.

For instance, if you’re trying to get the most productivity out of your computer, you’re probably going to have two screens or one really big screen, as that just helps you get more done at once. If it’s for entertainment reasons, two screens isn’t as helpful as one really big screen, because much like how a big TV can make a movie feel more like the cinema, a big computer screen can make games and entertainment feel closer and better overall.

One development has improved this over the years, with curved screens allowing a display to place the user at the centre, wrapping the view slightly around your position. While the idea of curved displays has largely disappeared from the living room, in the office or with a gaming PC, a curved screen can help you take more in with a subtle arc that lets your eyes scan over more of the frame.

But it’s not the only development PC screens have received over the years from their TV counterparts, and one of this year’s improvements is also making its way to a new monitor from Samsung. 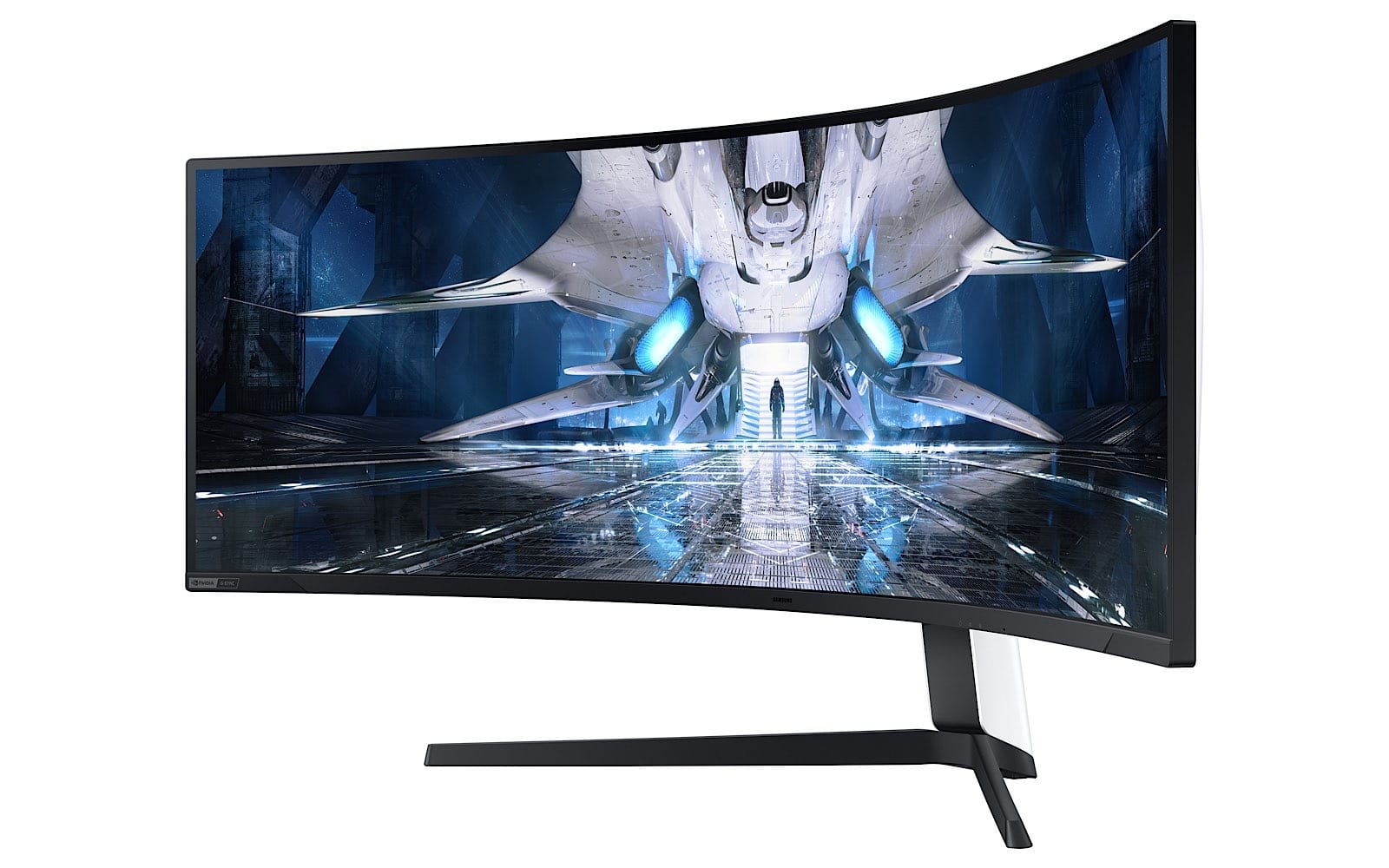 If you cast your memory back to CES 2021, you may recall the arrival of Mini-LED TVs, a technology that uses much smaller LEDs for the backlighting of screens to provide more precisely controlled lighting, something Samsung has also bolstered with the colour-honing quantum dot crystals.

The idea comes together in Samsung’s Quantum Mini-LED, something not only gracing the high-end Samsung QLED TVs in 2021, but also this specific monitor.

The design of this screen is something else especially when compared to most other monitors out on the market, eschewing the standard black or silver with something bold and white, complete with a colourful orb at the back of the screen, in line with what Samsung launched in its 2020 QLED curved gaming monitor.

That orb forms part of what Samsung calls the “infinity core lighting system” which offers up to 52 colours and five lighting effects, and can even synchronise with what’s happening on screen, much like how Philips Hue Sync works, as well. 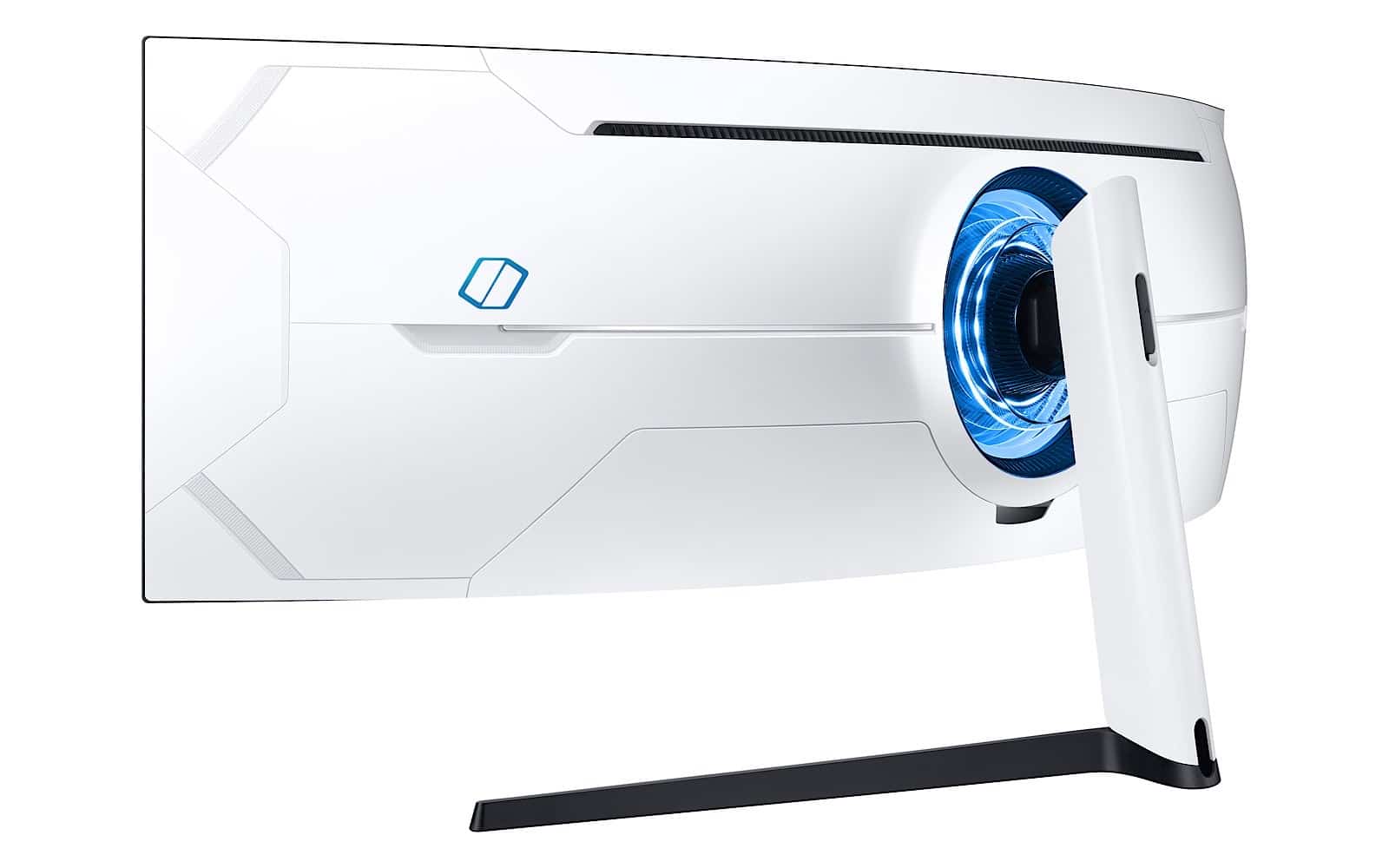 “Samsung’s Odyssey Neo G9 with Quantum Mini-LED is a stunning addition to any gaming set-up, it delivers an unrivalled immersive experience,” said Phil Gaut, Director of Display and Memory Solutions for Samsung Australia.

There’s also support for the major gaming graphics sync technologies here, with both Nvidia’s G-Sync and AMD’s FreeSync, plus support for HDMI 2.1, as well.

But while gaming is one of the main reasons for the Odyssey Neo G9 to exist, it can be used with work, as well, working off DisplayPort and HDMI, and skipping out on the USB Type C standard, it seems. Granted, a 49 inch curved Mini-LED screen may well be overkill for most working needs, but if you need the biggest display for your work day and a little more, you may find it here.

The downside may well be the price, with Samsung listing the Odyssey Neo G9 for a TV-like recommended retail price of $2999 when it launches by mid-August, set to arrive at Samsung’s online store and through Harvey Norman. 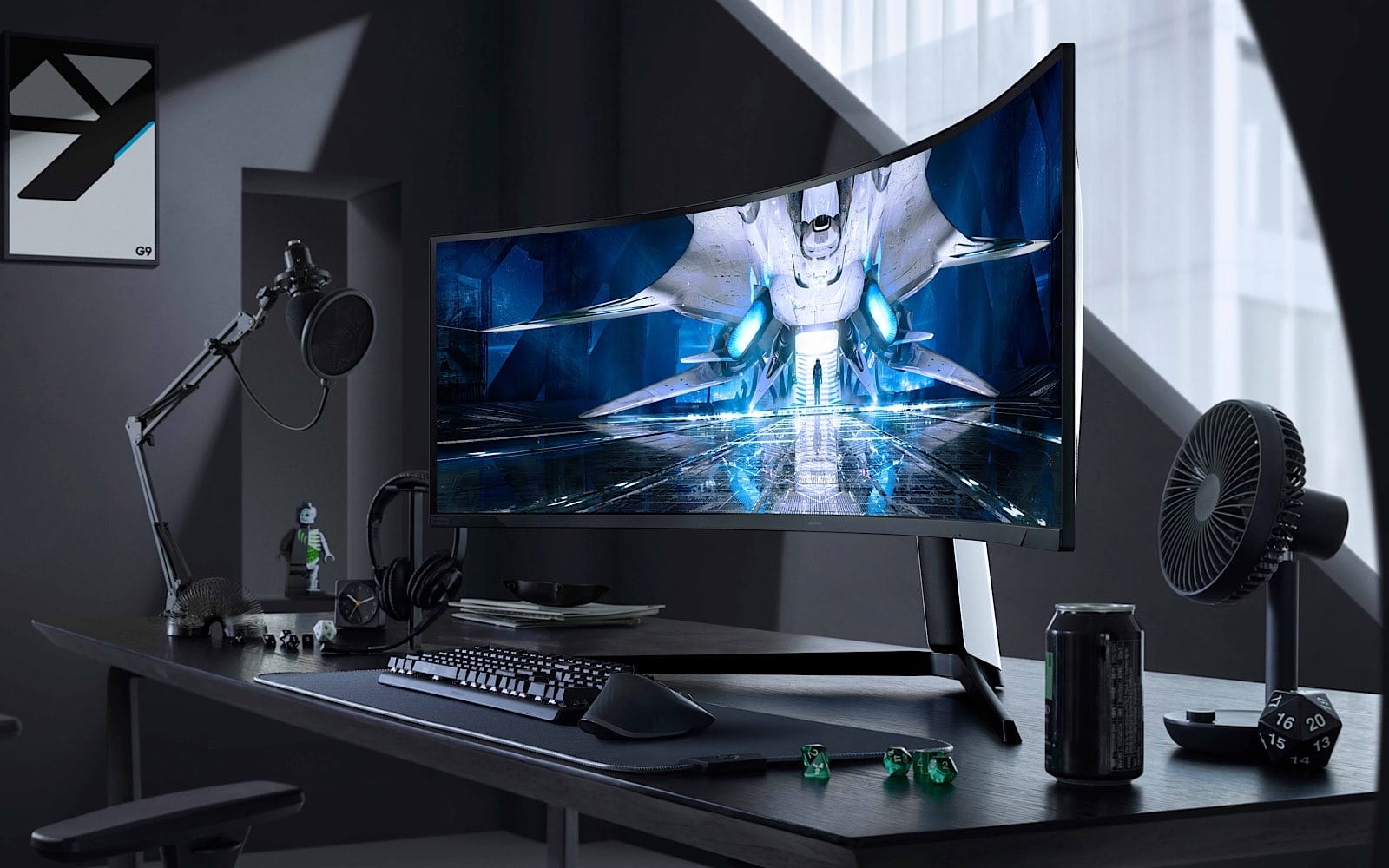