One of the cool swanky screens launched at CES earlier in the year has a date and price for Australia, and it’s not cheap.

Being a gamer is a little cooler in 2020 than it was way back when we were in uni. Between the joy of gaming and the professional world of esports, there’s a lot you can get a gamer these days beyond simply a new video card to make their experience that much better.

There are peripherals aplenty, from gaming keyboards and mice to snazzy lights and more, as well as phones specifically built for gaming.

And there are also monitors that not only deliver a more bigger experience, but look the part and aim to be more immersive. They can fit in with a gamer’s decor and design, and curve around what they look at, essentially making for a more immersive time.

That was one of the concepts we saw back at CES earlier in the year, as Samsung delivered its latest take on gaming monitors in its Odyssey range, the G7 and G9 which include a steeper curve than monitors have typically offered, plus Samsung’s metal-coated quantum dots — QLED — resulting in increased colour.

There are two this year, the Odyssey G7 and G9, the former arriving in a 27 inch and 32 inch size, while the G9 will only be found in a very large and ultra-wide 49 inch screen to wrap around much of what a gamer can see. 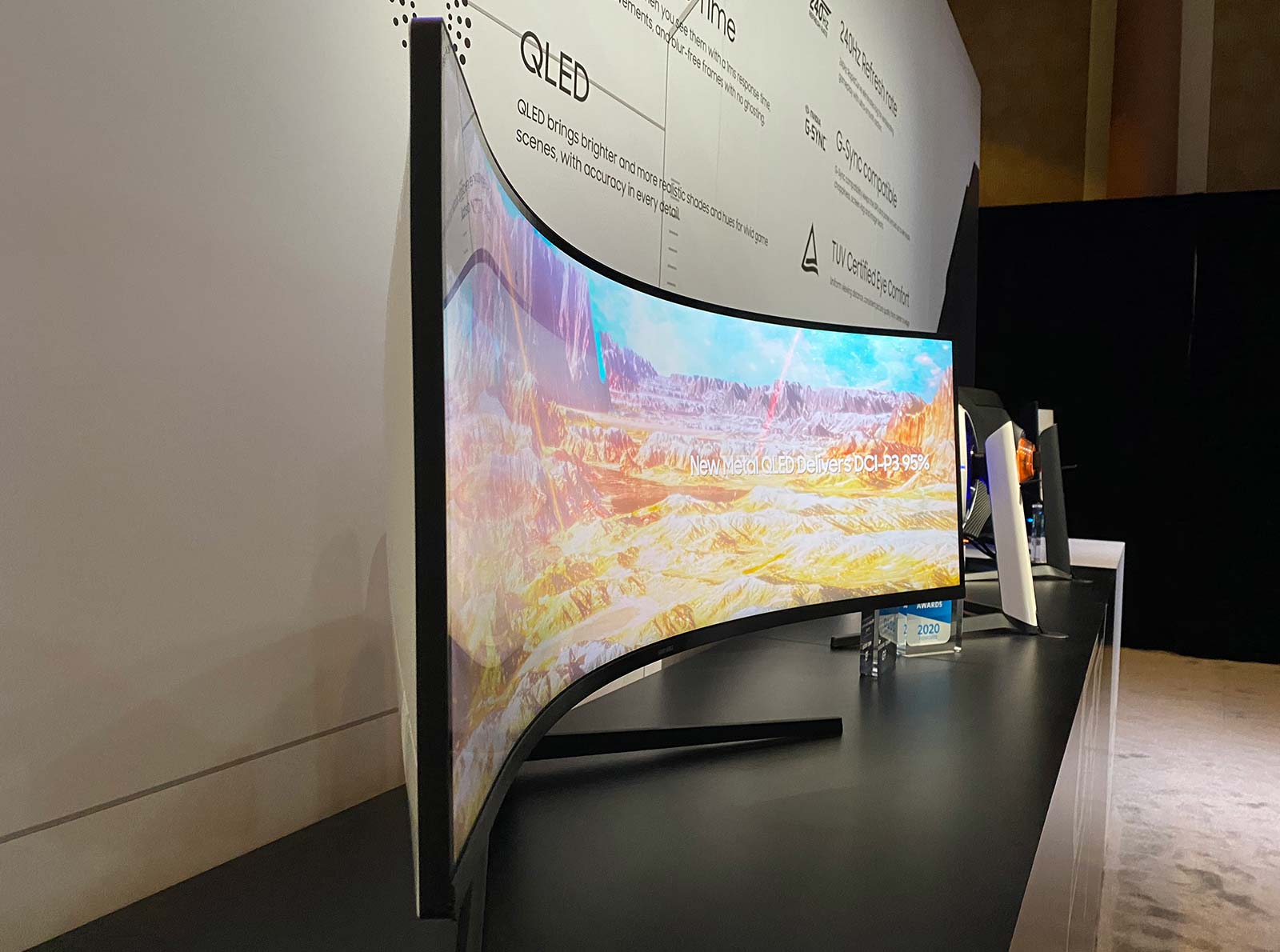 Officially, Samsung rates the curve as “1000R”, which means a radius of 1000 millimetres. It means that if Samsung made these screens in a circle, the radius of that circle would be 1 metre, allowing you to picture just how steep the curve might be.

Previously, screen curvature has been more subtle, but now as the screens have become more round, they can also almost wrap around a gamer’s view, increasing immersion because the eyes can take more in. 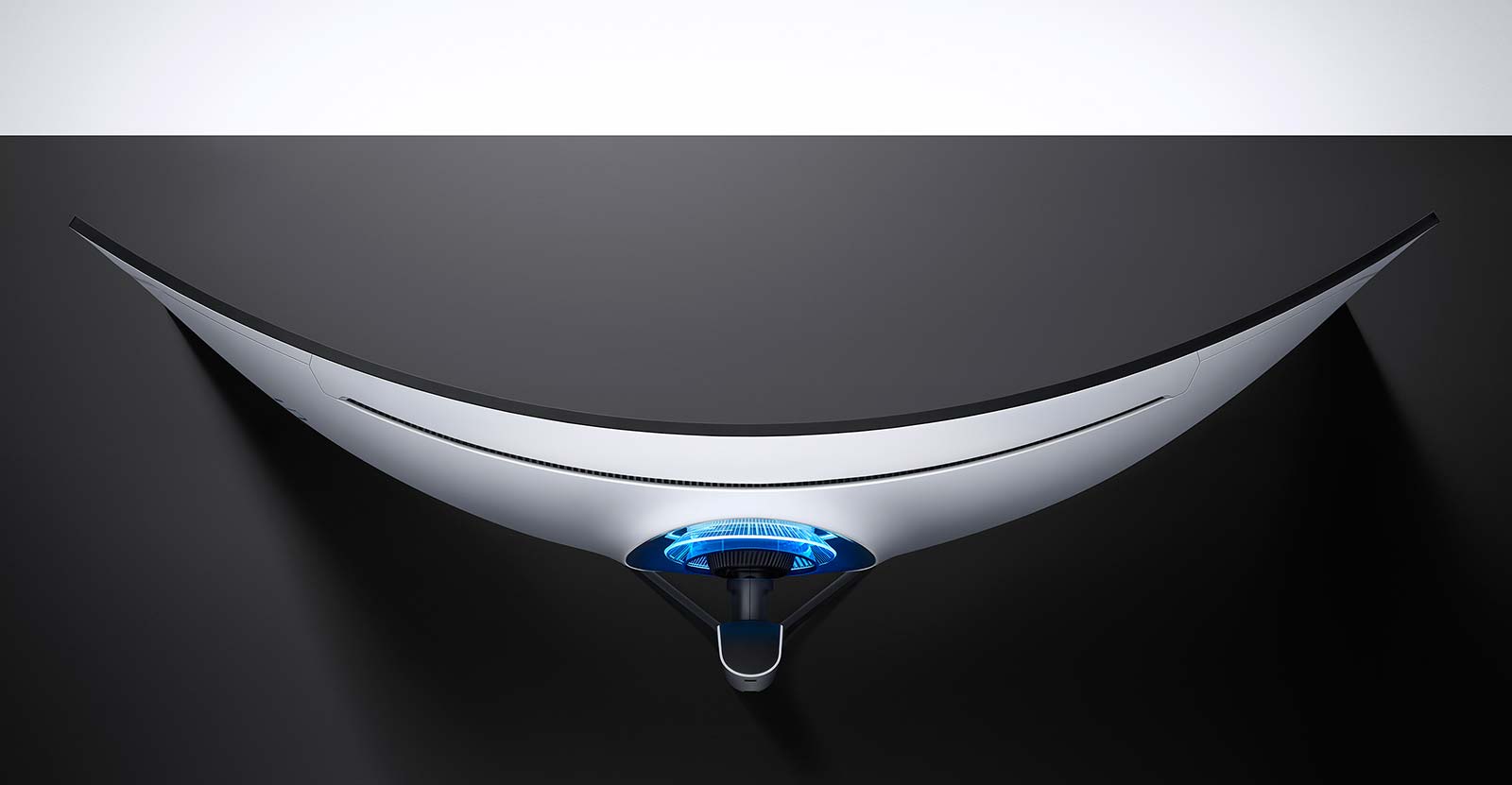 Beyond the extreme 1000R curve of Samsung G7 and G9 Odyssey, there’s support for HDR, though size isn’t the only thing separating the screens.

The Samsung Odyssey G9 being wider delivers a 5120×1440 extremely wide resolution in a crazy 32:9 aspect ratio, which in turn allows that 1000R to stretch even further around the field of vision. There’s also a fast 240Hz refresh rate, ideal for gamers with a 1 millisecond (1ms) response time. 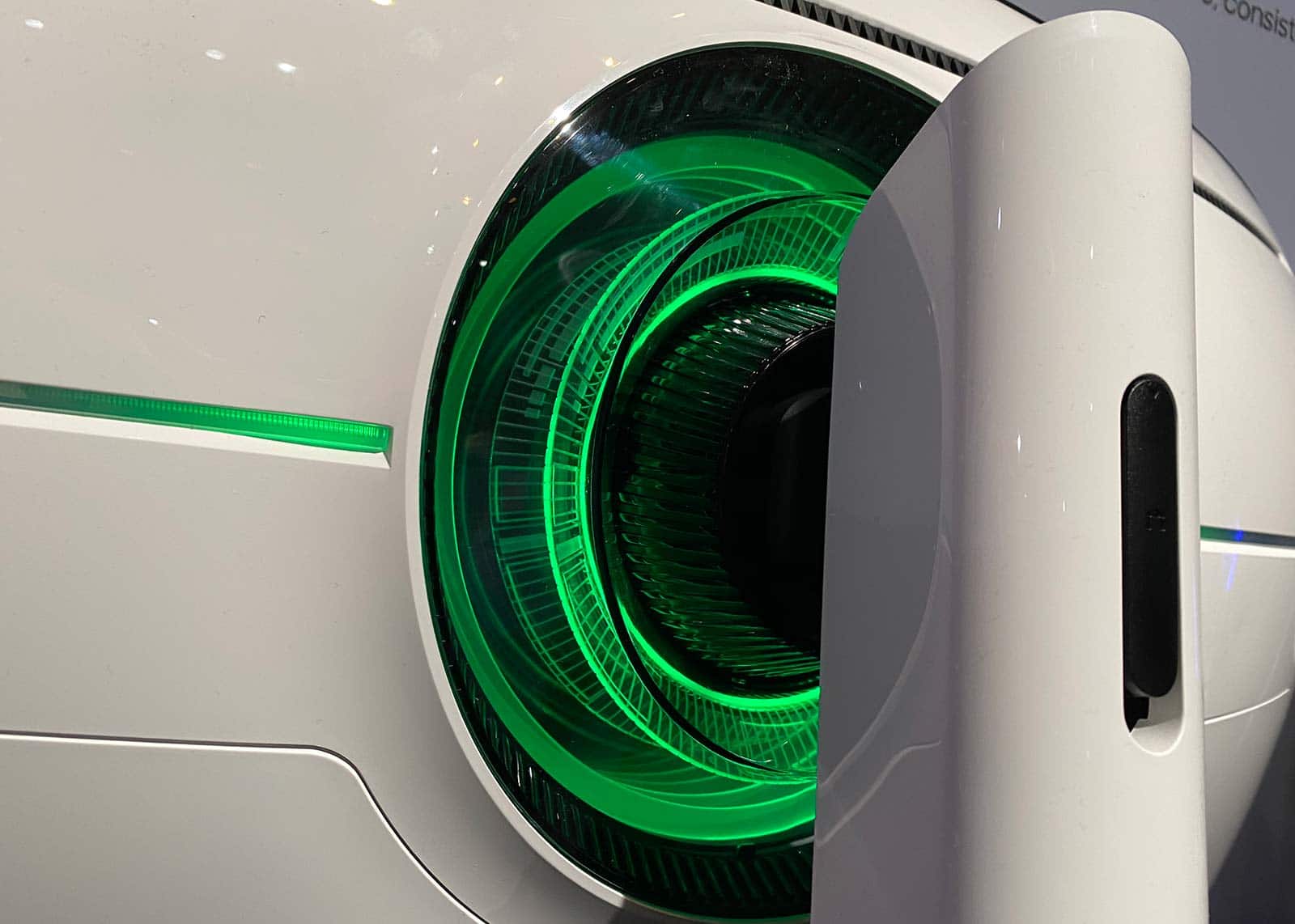 It even features an almost portal-like orb light at the back, something Samsung calls the “infinity core light”, which looks neato and futuristic, but can be dimmed. You’ll also find a flip-out headphone stand, something we’ve not seen on a monitor previously, and would be very useful.

Arriving only in 49 inches, the Odyssey G9 is not cheap, hitting a price tag of $2799 when it lands next week.

A little more price friendly, the Odyssey G7 will be found in a $999 27 inch and a $1099 32 inch, but with less reach around a gamer’s view. The curve on the G7 is still the same — 1000 millimetres at 1000R — but with less width on the screen and a 2560×1440 resolution, the aspect ration is a more standard cinema 16:9, which means the curve is still deep, but the wraparound not as long. That should be fine for gamers more looking for a deep curve, but happy to save a bit of money, with a good thousand or two lower in cost.

Both ranges look set to hit stores online and offline next week, though, so look for them then. 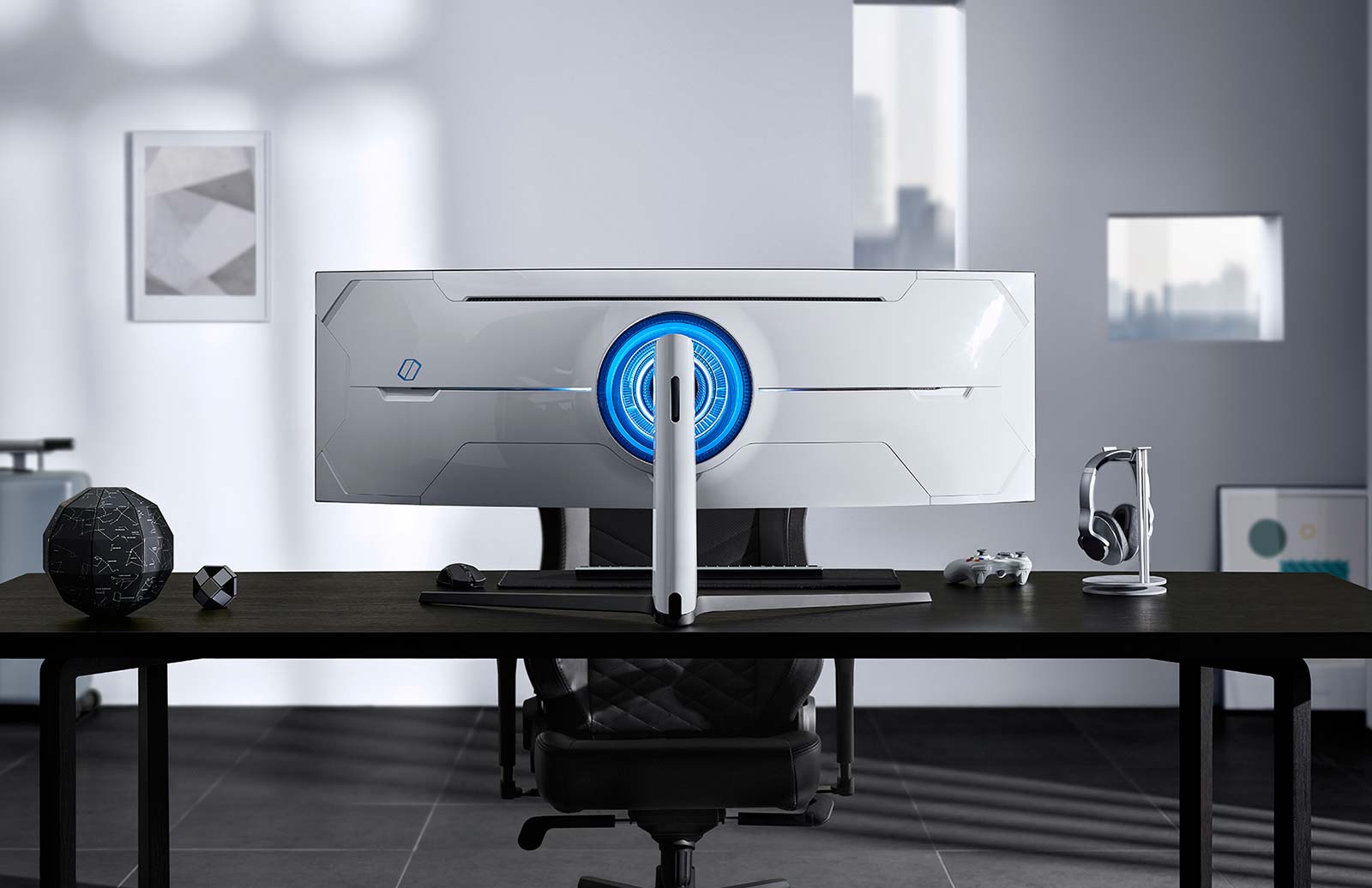