Jumping into the world of 5G is now even easier, as Realme offers up a mobile sporting high speeds and a fairly low $499 price tag.

It’s taken a couple of years, but 5G is finally breaking the price barriers down. Last year, we started to see those walls crumble, what with the $799 Google Pixel 4a with 5G and the $599 Oppo Reno4 5G, two phones that made it possible to get a fair amount of phone without spending a lot, and to get 5G thrown in, too.

They’re both good examples of how a 5G phone for not too much money can be done right, and they’re also both now competing with a phone that somehow gets 5G in at an even less expensive price: $499.

Yep, you read that right: $499 is the new benchmark for 5G phone pricing, as Realme gets in with its own take on the category, offering another in its Realme 7 line, this one almost a 5G-focused follow-up to the Realme 7 Pro the company launched last year. 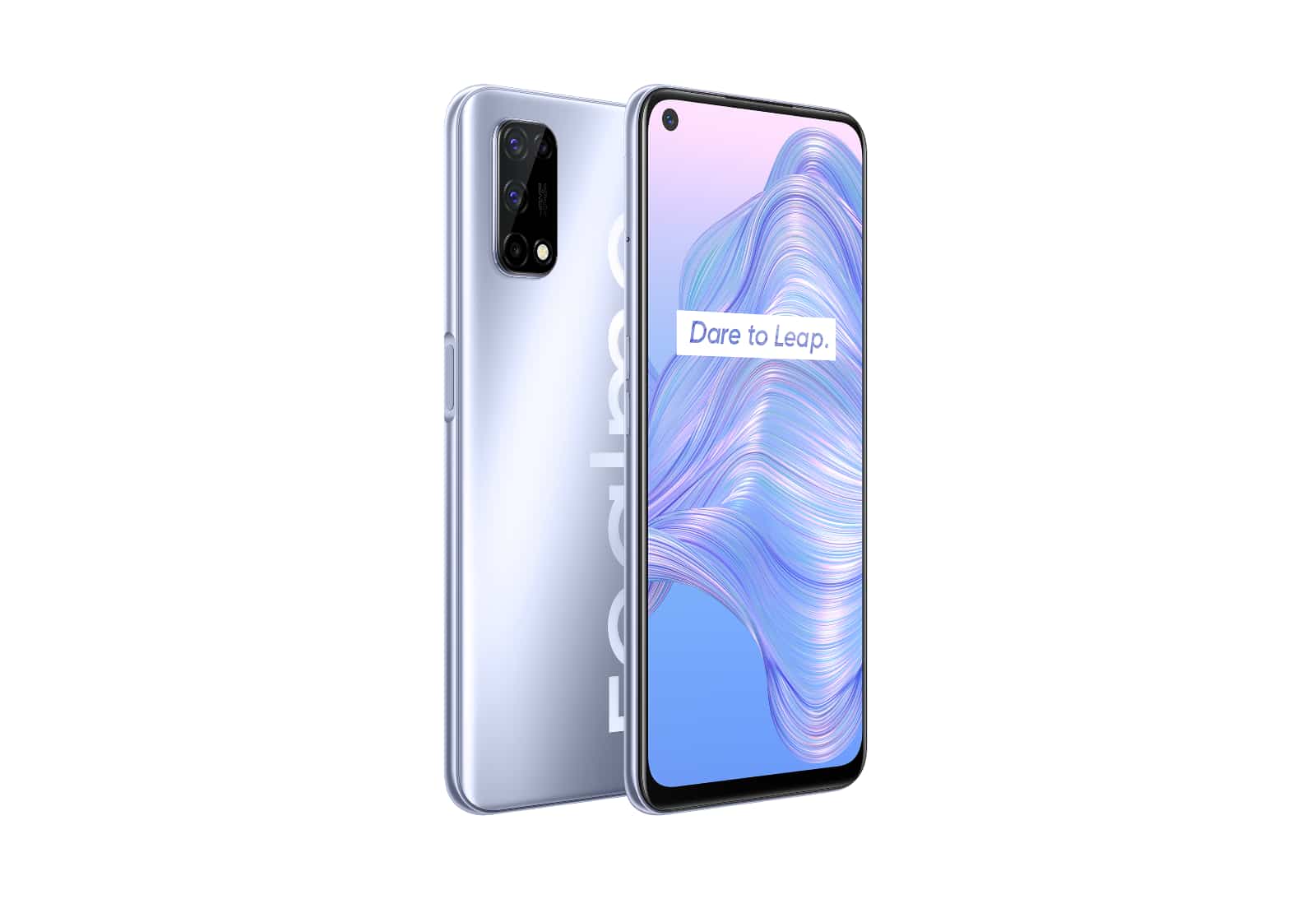 A little bit different, the Realme 7 5G is focused on being a 5G phone for not much money, dropping the barrier of 5G ownership into more price-friendly territory, and bringing with it support for two 5G SIMs, four cameras, a large 6.5 inch screen, and a sizeable 5000mAh battery alongside a 30W charging adaptor. There’s no wireless charging or water resistance in the Realme 7 5G, but if getting a 5G phone with a big screen and big battery are high on your list for must haves this year, Realme is attempting to tick them in one mid-range phone.

The spec sheet for the phone aims to compete, with 128GB storage, 8GB RAM, and a 6.5 inch Full HD+ 2400×1080 screen, the latter of which also supports 120Hz, something that often comes as a premium feature on smartphones these days. Realme has opted for Android 10 on the Realme 7 5G using Oppo’s ColorOS 7, surprising given ColorOS has a version of Android 11 out now, though we suspect it won’t be long until the Realme 7 sees this, too.

“2021 is the year that 5G becomes a reality for Aussies across the country. At Realme, we want to pave the way in ensuring all consumers can benefit from the capabilities of 5G by delivering pound for pound the best 5G device on the market,” said Andy Yang, Managing Director for Realme in Australia.

“The Realme 7 5G is our latest innovation that demonstrates our longstanding commitment to providing premium devices at a friendly price-point,” he said.

“This device combines all the features that we know Aussies want. From exceptionally quick 5G download speeds, to an ultra smooth display, the impressive 5000mAh battery and fast charging capabilities, the Realme 7 5G is a game changer when it comes to making premium accessible to all.”

It’s also a little different from the other two mid-range focused 5G Android models we mentioned earlier. While both Google and Oppo went for AMOLED screens, Realme has opted for an LCD, and while the other two went for a Qualcomm Snapdragon, Realme has chosen a MediaTek Dimensity chip, something we’ve not seen locally yet.

However the Realme 7 5G also breaks a price point we’ve not seen yet, and is the first 5G phone in Australia to drop below $500, even if it’s only a dollar under, and that could just get people over to check it out.

It won’t take long for people to be able to do that, though, with the $499 Realme 7 5G heading to stores next week on February 11 in Australia, arriving at Amazon, Bing Lee, JB HiFi, OFficeworks, The Good Guys, and Realme’s online store, and with a pair of Realme’s Buds Q wireless earphones for a limited time.