If you’re ever concerned your mobile just isn’t fast enough to charge, Realme’s latest could win you over, and not necessarily for much money.

Battery life is a genuine problem in the phone industry, and there’s no one great answer.

Phone makers can up the battery size incredibly, but you might not get the life you want. They can reduce the screen resolution, which helps, but might not be the be-all end-all. They’ll likely need to tweak the operating system, but that can also reduce how a phone runs, and may prevent it from the constant checking of emails and services, and talking with wireless devices.

There’s also another choice: they can improve the way we charge them.

Improving the way phones charge and delivering a faster charging mechanism can help a phone’s battery life because it almost completely acknowledges that battery life may be a problem, and that the charger is the solution. It’s an easy win, and may only get easier as the technology improves.

Earlier in the year, Oppo found a way to get over 100 watts of charging power into a phone with its Vooc technology, while we just started to see the first gallium nitride (GaN) chargers arrive that pack 30 watts and 68 watts into smaller designs. In short, battery chargers are a potential solution to device battery life, because while no manufacturer can determine how a battery will go for every user, they can at least provide a solution to make that battery’s return to 100 percent a little easier.

And that’s where we might see some change, particularly out of the high-end range of phones.

While it’s normal to see those big chargers with phones in the high-end, devices in the mid-range and budget part of the market don’t always get them. But that’s something Realme looks keen to change. 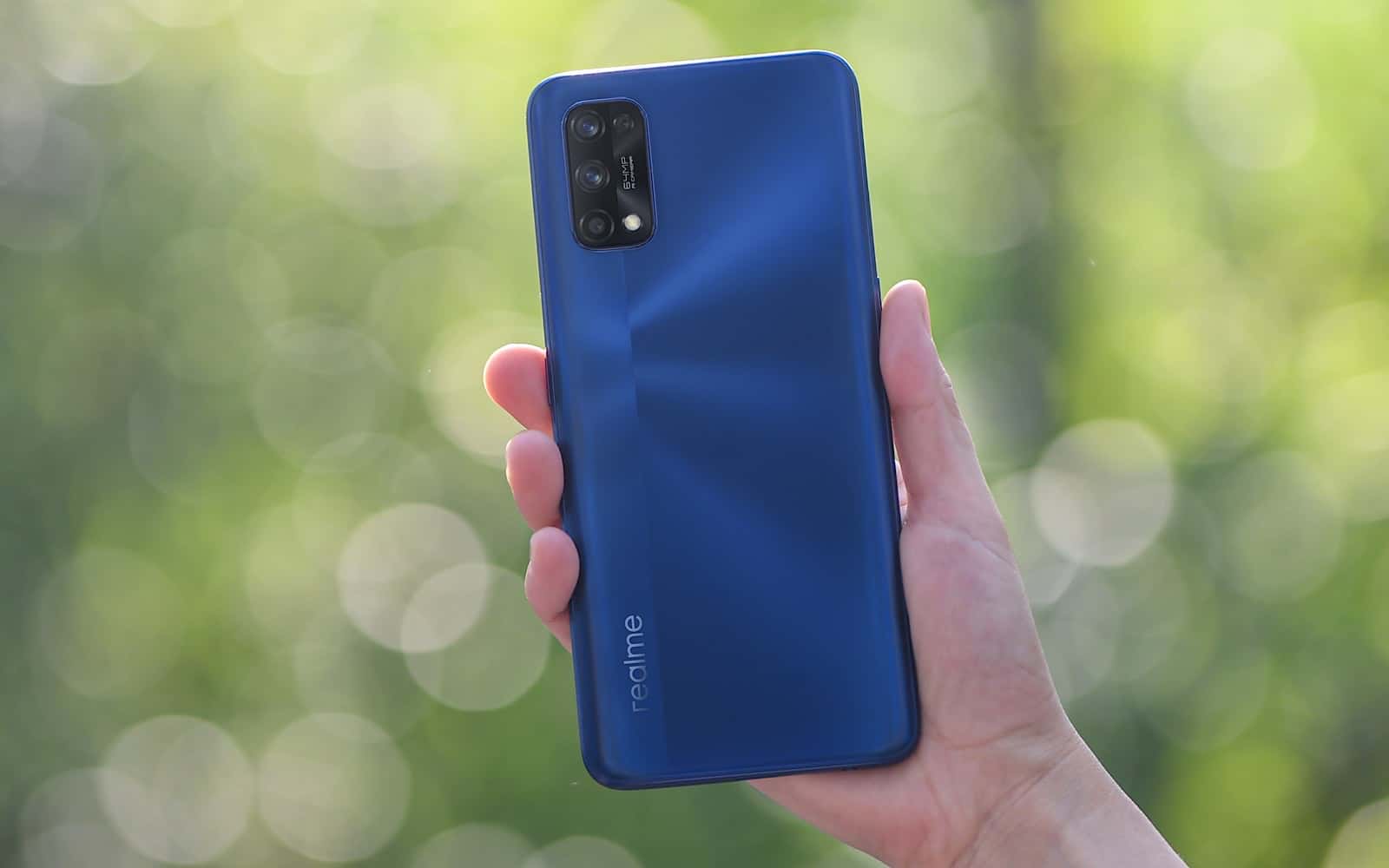 This week, the sister brand of Oppo has launched the Realme 7 Pro, a mid-range phone sporting a four camera setup under a 6.4 inch AMOLED screen, plus a fast charger offering 65 watts of power.

Like most phones these days, the Realme 7 Pro is mostly screen, sporting a 90.8% screen-to-body ratio, running with Android on top of a chip not far from the one used in the 4G Google Pixel 4a, with Google’s phone getting the Snapdragon 730G and Realme’s The Snapdragon 720G. That’s paired with 8GB RAM and 128GB storage, though looks to be limited at the 128GB, with no microSD sot on the phone at all.

However the phone aims to win people over with a big 4500mAh battery and a fast 65 watt charger through the USB Type C standard, plus four cameras on the back and one pretty big one on the front. You’ll find a 64 megapixel standard camera on the back, plus an 8 megapixel ultra-wide and two 2 megapixel cameras for extras we’ve seen in the mid-range before, including macro shots and portrait images, though we suspect most of the camera tech will be in that 64 megapixel camera for folks to use.

The price also looks to be appealing, with Realme bringing this to a $599 price point, sitting at the end of budget and the beginning of mid-range.

“Providing 65W SuperDart Charge for under $600, we are delivering on our ‘dare to leap’ spirit and unwavering promise to ensure that Aussies can enjoy premium devices for a competitive price,” said Andy Yang, Managing Director for Realme Australia.

“This, coupled with the device’s 64MP quad camera and AMOLED screen, makes the Realme 7 Pro the perfect lifestyle companion,” he said.

Locally, you can expect to find the Realme 7 Pro in stores from November 5, landing at the likes of Bing Lee, JB HiFi, Officeworks, plus online from Amazon, eBay, and Realme’s own store for $599. 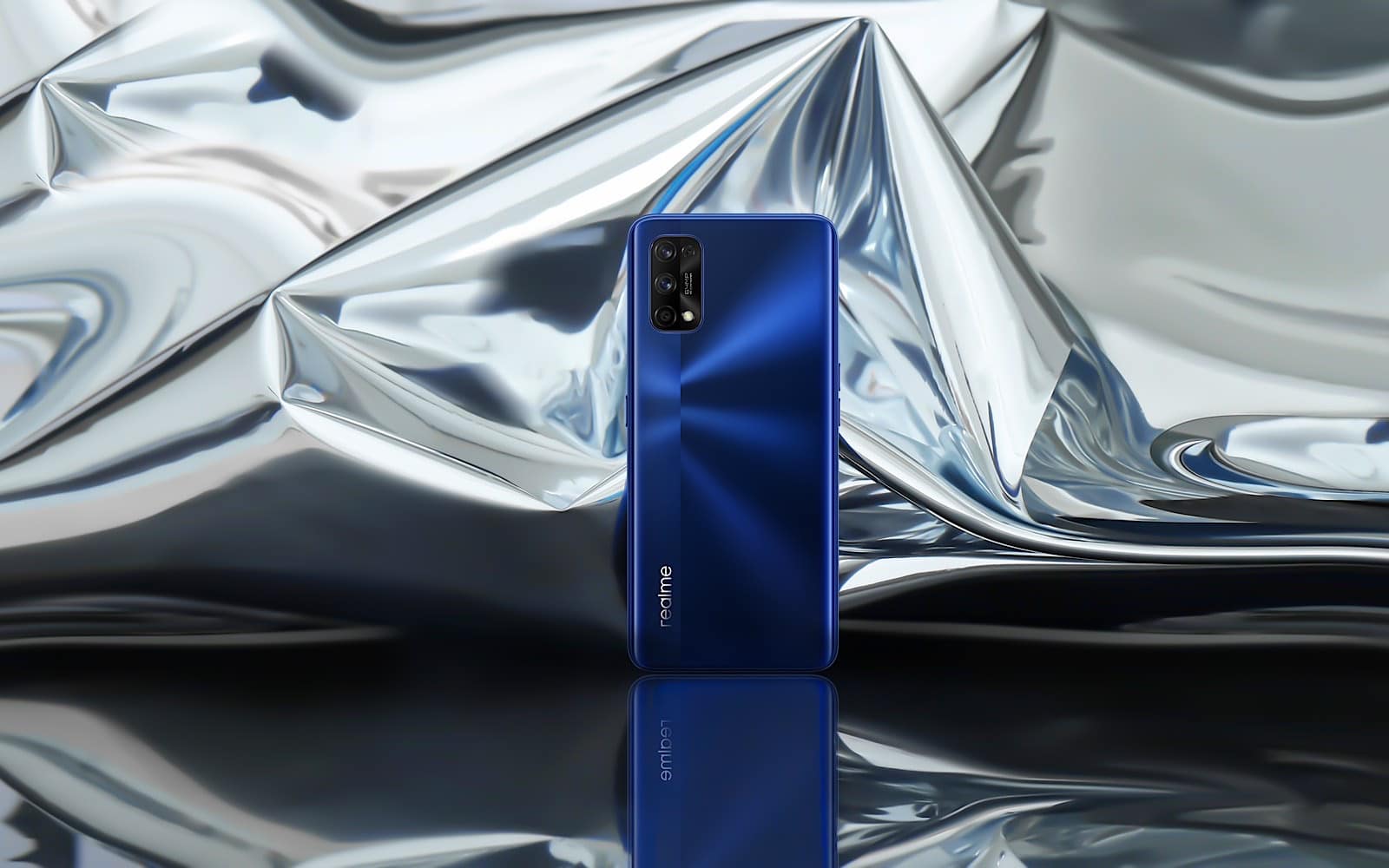