Owners of a Mac will potentially find the next version of macOS cares about how they get their work done, giving them the ability to focus and yet also take notes wherever.

With the next version of Windows set for announcement later this month, there’s a fair bit happening in computer operating systems, not to mention what’s happening over in the world of phones and tablets.

This week saw the announcement of iOS 15 for phones, while iPadOS 15 has been talked up for Apple’s tablets, and it’s not the only operating system Apple has news on.

If you own a variety of Mac — be it a MacBook Air, MacBook Pro, Mac Mini, iMac, or Mac Pro — you’re about to get a few new features, and some of them may feel a little like out of what we’ve seen not just from the announcement of the upcoming iPhone update of iOS 15, but from iOS in general.

The week was understandably busy for Apple announcements, thanks to Apple’s Worldwide Developers Conference, and macOS was one of the bigger ones, as Apple announced what was coming next: macOS Monterey.

The next in line for Macs, much like the situation is with iOS 15 and iPadOS 15, the themes seem to centre around getting stuff done, with some of those features making the migration to the desktop, and some other things. 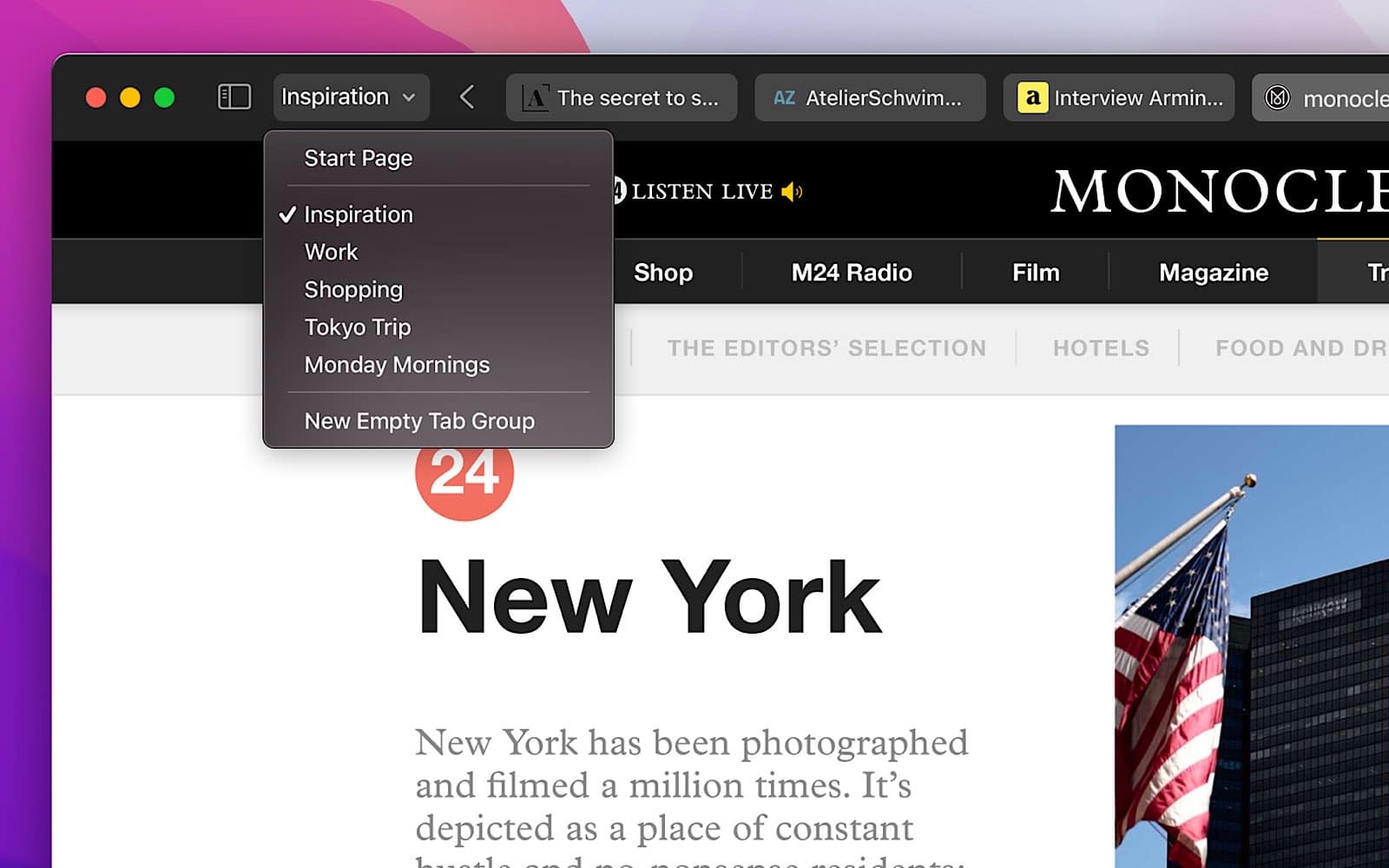 First, there’s a new version of the Safari web browser with a new group of tabs, plus the ability to see more of the webpage with a redesigned approach to how the web browser looks.

There are updated to Apple’s Notes app with a quick note feature to let you take notes wherever, and Apple is also migrating the Shortcuts macro recording app from iPhone and iPad to macOS, so you can automate actions easily.

Some of the new features in iPadOS are here, too, such as how you can share music, video, and app experiences with friends and family remotely using SharePlay, while FaceTime gets support for Spatial Audio not unlike how Apple’s approach to spatial audio can position sound in videos, and it will isolate your voice as you speak from the background if you have a recent Mac.

Apple is also going to let you blur the background of a FaceTime video call, because we’ve all had plenty of video meetings where everyone now knows what’s behind you in your home.

The maker of the Mac is also rolling out something called “Universal Control”, which will make it possible to link a mouse and keyboard between a Mac and an iPad, something that’s rolling out on iPadOS 15, and it will work with the Apple Pencil on the iPad, too.

It will also get a similar “Focus” mode to what Apple is rolling out on the iPhone and iPad, allowing you to shut out distractions and focus on work.

And for a bit of a change, you’ll now be able to send iPhone and iPad on-screen material to a Mac, allowing you to go to a potentially bigger screen for easy sharing. Other features include scanning text right out of images with Live Text, while Apple’s Maps improve slightly, too.

But while these features might sound great, there’s a catch.

What’s the catch for macOS Monterey?

It’s no secret that Apple is gradually moving away from the Intel chips, thanks in part to the raw power and performance its own silicon can achieve. The M1 is a beast, delivering performance in pretty much every app, including those not made to run natively, and it’s the first step in Apple’s homegrown computer harder, so it will only get better.

But barely one year on from announcing the arrival of the Apple Silicon, Apple is already talking up things that won’t run on computers with Intel inside, some of which saw release last year. Even last year’s Intel-based iMac won’t be able to do some of the things Apple has announced for Monterey, which is an interesting situation for customers to be in.

It won’t be every feature, mind you. MacOS Monterey will still run on the iMac, just as it will all of the Macs with Intel inside from 2015 onwards, with some of 2014’s knocked out of the running. If you have an iMac, MacBook Air, or MacBook Pro from 2014 or earlier, you’ll definitely want to check out the install requirements and see if you qualify, because you probably won’t.

However the features that won’t be supported on any Intel Mac are listed on the page when you read the fine print on the MacOS Monterey preview page. For instance, the portrait mode for the FaceTime camera that blurs the background is an Apple M1 thing only, as is support for the picture to text “LiveText” feature, and even some of the new mapping technologies. They all require the Apple M1 it seems, and they’re not alone.

On-device dictation as you speak and continuous dictation that doesn’t run out of buffer are also reliant on the M1, so if you don’t have one of those in your Mac — and you won’t if you have an Intel Mac — you can’t play with those features.

You shoudl get mostly everything else, though your computer’s age may limit you from other features. Apple’s terms suggest the support for accessories to work from iPad to Mac in Universal Control require MacBook models from 2016 or later, while the Mac Mini and Mac Pro need to be from 2018 and 2019 respectively. And the AirPlay to Mac feature that could see you move what’s on your iPhone to a bigger Mac screen needs even later Mac models, with the MacBook models from 2018 on later and the Mac Mini from 2020.

It means that dependent on your Mac, you mightn’t get all the features in the next macOS. You’ll still get Focus mode, the new Safari, and a bunch of other things, but if you want the entire thing, it might be time to consider an upgrade.