A little more sound could be happening around you, at least with what LG planes to launch at next year’s first tech show.

Surround sound is a complicated beast at the best of times, with the numbers telling you how many positions are catered for, provided you know how to read them.

These days, there are three numbers you need to read, looking like
“surround, subwoofer, height/positional”, each separated by a full stop or period. That’s a general guide to helping you understand that “5.1.2” means five channels of surround sound, one subwoofer, and two positional aimed either at the ceiling or in it. The latter is often the most interesting for people, especially given it makes up the 3D element of sound these days, firing sound around the listener using timed elements to appear as if music and movie noises are happening properly next to you.

In 3D sound, we’ve typically found those speakers will max out at four, and often only when you buy an amp and dedicated speakers for them. Typically, soundbars catering to Atmos offer two channels of height only, which is great — see the Sonos Arc, for instance — but can always be better.

But if you’ve been waiting until the world of 3D sound became even more dimensional than just two channels and you want the simplicity of a soundbar, you might soon get your chance, at least based on what’s being hinted at for next year.

LG is pre-announcing yet another gadget in the lead up to CES 2022 early next year, announcing a flagship soundbar in the S95QR, a new soundbar system that will deliver 810 watts of power and 9.1.5 channels of sound. 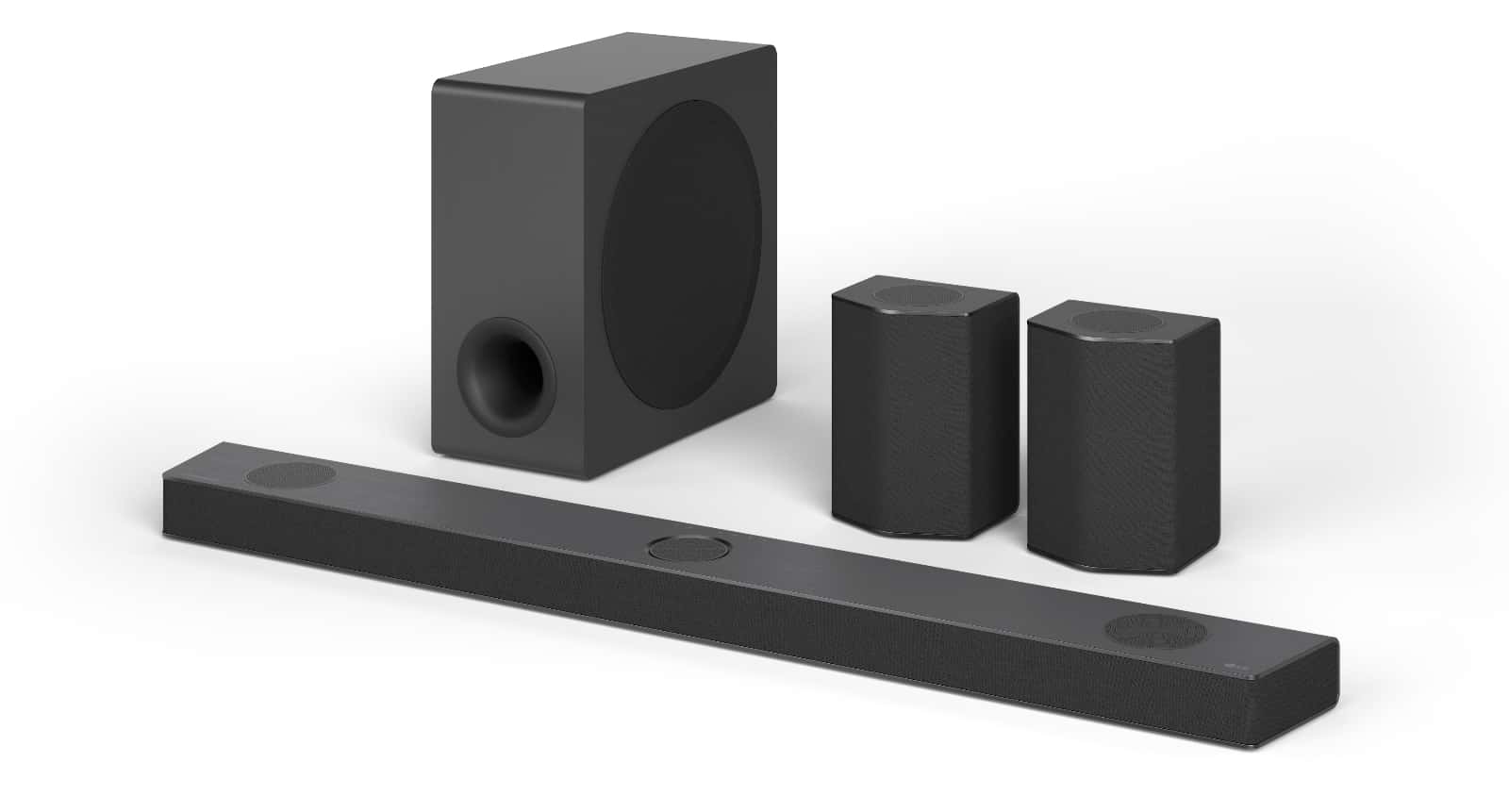 Reading the numbers, the LG S95QR can handle nine channels of surround sound, one subwoofer, and five up-firing spatial channels, throwing three in the soundbar and two in rear speakers, while also being compatible with both Dolby Atmos and DTS:X titles. That’s both forms of 3D sound being catered for, and LG says IMAX Enhanced support is there, too, handy if you have a TV that works with it. That may even be an early sign that LG’s 2022 range of TVs will support IMAX Enhanced.

Like many other LG speaker systems, the company says it has worked with UK audio house Meridian for its music mode, which can up-mix standard two-channel stereo to 7.1 surround sound, and there’s also support for both Amazon Alexa and Google Assistant in terms of controlling the system with your voice, something we largely expect in speaker systems these days.

The price, however, is a bit of a mystery. Our guess is Australians can expect the 9.1.5 LG S95QR to fetch closer to the $2K mark, possibly higher, given that nine channels of surround is unusual, but so too is five channels of spatial sound. However, with CES kicking off in early January, we should know soon quite what that pricing looks like, and if you need to start saving.