Bose updates QuietComfort with new take on an ANC classic

Bose is ready with an updated take on a fan favourite, as the QC range lives on in the QC45.

Even though the Bose 700 Noise Cancelling Headphones were good, they didn’t win over everyone. Fans of the original Bose QuietComfort range haven’t all run with open arms to Bose’s new design or price, which has seen drastic changed compared to where the QuietComfort 35 II (QC35 II) sat before.

The two headphone ranges are entirely different, mind you, but both have existed side by side, with the newer and more premium Bose 700 Headphones sitting on shelves for $599.95, and the slightly older Bose QC35 II at around a hundred less. The newer model was better, hardly surprising, but the design and price change may not have been to everyone’s liking.

In fact, for a while, it seemed as though Bose was done with the “QuietComfort” name, but it returned in last year’s QuietComfort Earbuds, and it’s coming back for something else.

This year, the QuietComfort headphones live on, as Bose turns to the QC35 and gives them a new sibling. 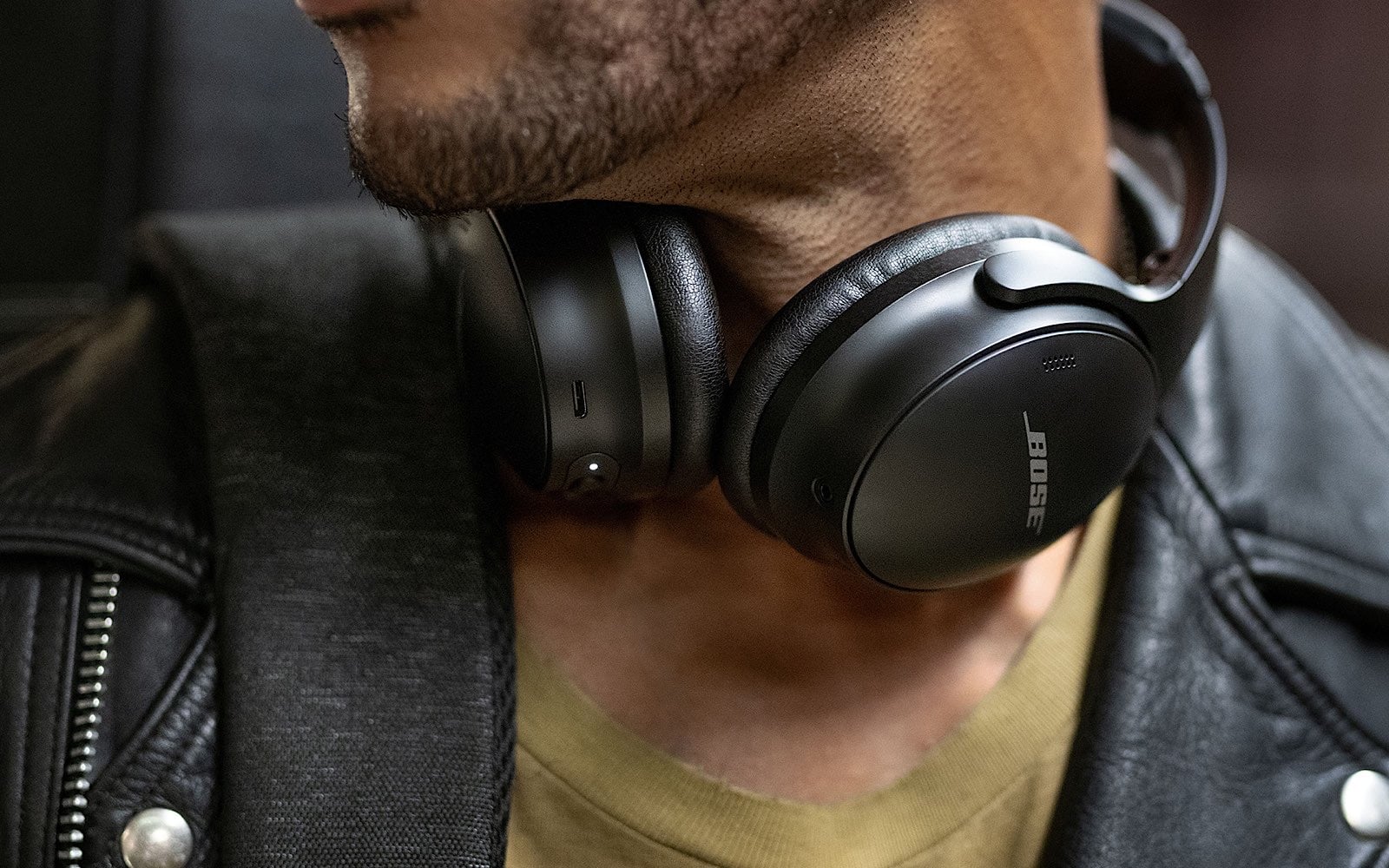 This week, in fact, with Bose announcing the QuietComfort 45 headphones are on the way, sporting up to 24 hours of battery life and a similar design to what worked on the 35, meaning touch controls aren’t a part of the design, just buttons on the edge.

The Bose QC45 aren’t just likely to be a marginally updated take on the QC35s, though, with a new active noise cancellation system using microphones inside and outside the earcups, using a proprietary system to measure, analyse, and respond to sounds outside, essentially adapting to spectrums of sound altogether. It’s something that happens in Bose’s “Quiet” mode, and while it’s not technically being labelled as an adaptive noise cancelling technology, the way it works certainly reads like one.

Bose also notes that the “whoosh” sound found in its headphones will occur in a fraction of a millisecond, allowing you to just be absorbed by the noise cancelling and have it affect the world and not necessarily be heard.

There’s also support for an “Aware” mode in the QuietComfort 45, switching the microphones on and letting you hear a transparent mode, as well, basically hearing through the headphones.

That’s a feature we largely expect in every noise cancelling earphones, but an attention on microphones may not be. Fortunately, Bose says it has done the work there, as well.

Living in a WFH world has meant the world of noise cancelling headphones has been less about cancelling flight noise and more about distractions and voice. For this model, Bose has considered Zoom calls and regular video conferencing, integrating a beam-form array in the QC45 to improve the voice altogether while dampening distracting noise from behind who’s speaking. Beamforming microphones aren’t a new concept, but it’s one that can improve sound dramatically, so its inclusion will definitely be welcomed.

As may the design. While we liked what Bose presented in the 700 Headphones, the original look had its fans, and that’s sticking around here, with the foldable design returning, several buttons for controlling, and Bose switching to the USB Type C standard that everyone now uses.

“What started as a product for traveling became a product that makes every day better and easier for millions of people all over the world,” he said.

“Our customers have told us for years that it’s the balance of benefits that make a QuietComfort so different and indispensable. They’ve always been a great example of excelling where it matters most. And the QC45s are no different.”

Pricing wise, you can expect to find the Bose QC45 in Australia for $499.95, available from September 23, and likely replacing the Bose QC35, which may see a price drop at retailers as they start to disappear from stock. From what we understand, the Bose 700 Headphones should still be found alongside, though given the release of this model, we’d be surprised if Bose didn’t have an update for the 700 sometime in the near future, too. 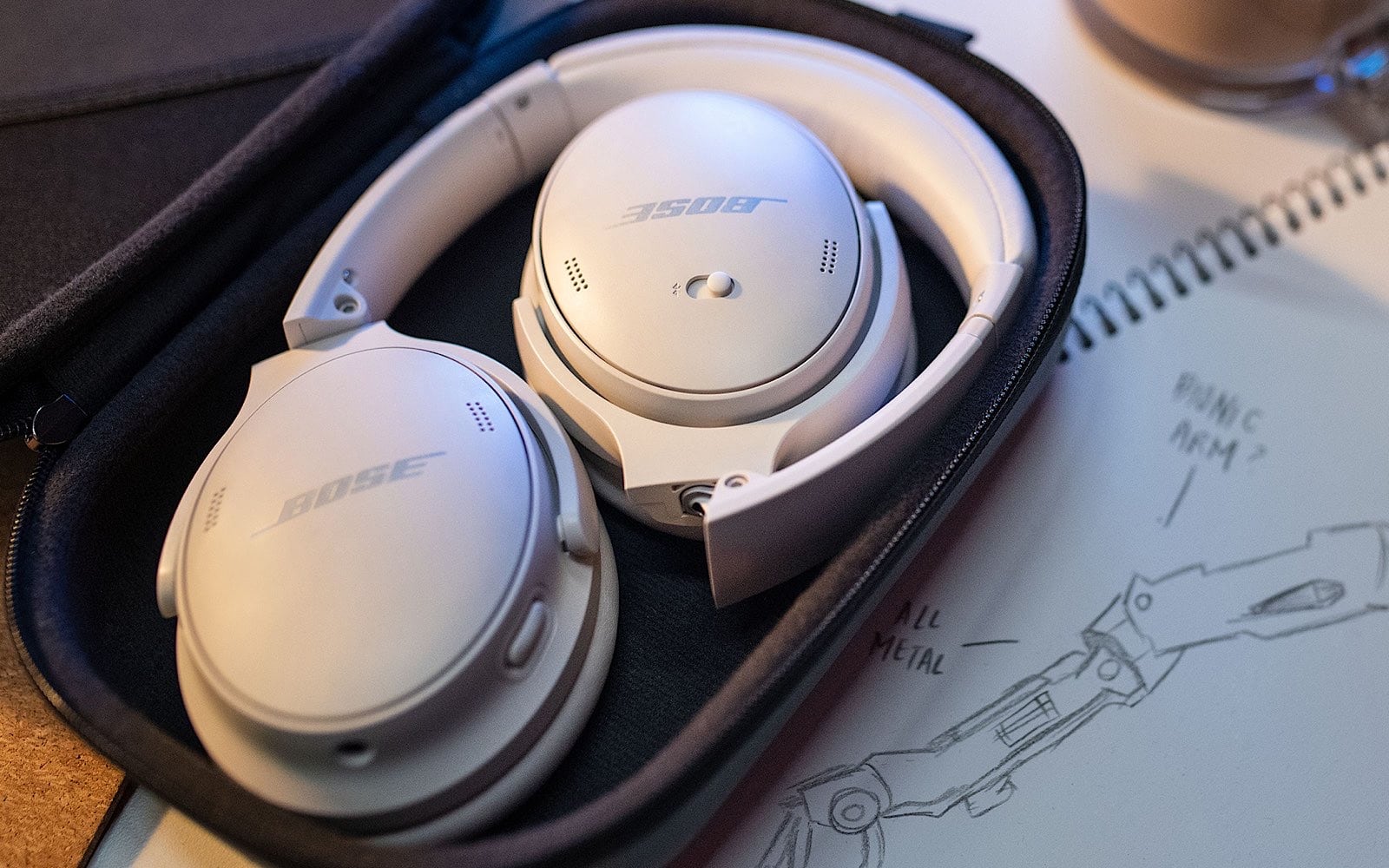