Going to the cinema is less of a thing lately, but if you want to make it happen at home, Samsung’s additions might be for you.

TVs are nice, but if you’re looking to recreate a cinema experience at home, there’s a good chance you’ve eyed a projector.

Different from a TV, projectors use your wall or a screen against a wall with focused light to send that picture to a bigger place, and it’s a technology that has been steadily improving. While the focus in the living room is typically on the big televisions many of us adopt, laser projectors have been evolving, using laser light sources to provide a projection that can work not just when the blinds and curtains are drawn, but in the daylight as well.

It’s a technology called a laser projector, but also known as a “laser TV“, because these devices work like a TV, typically including a Smart TV interface and a TV tuner, allowing them to work both as projector and standard TV, just to a wall.

The selection of laser TVs has largely been occupied by Epson and Hisense of late, but near the middle of this year, Samsung signalled that it, too, would be jumping in, launching an addition to its lifestyle TVs known as “The Premiere”. 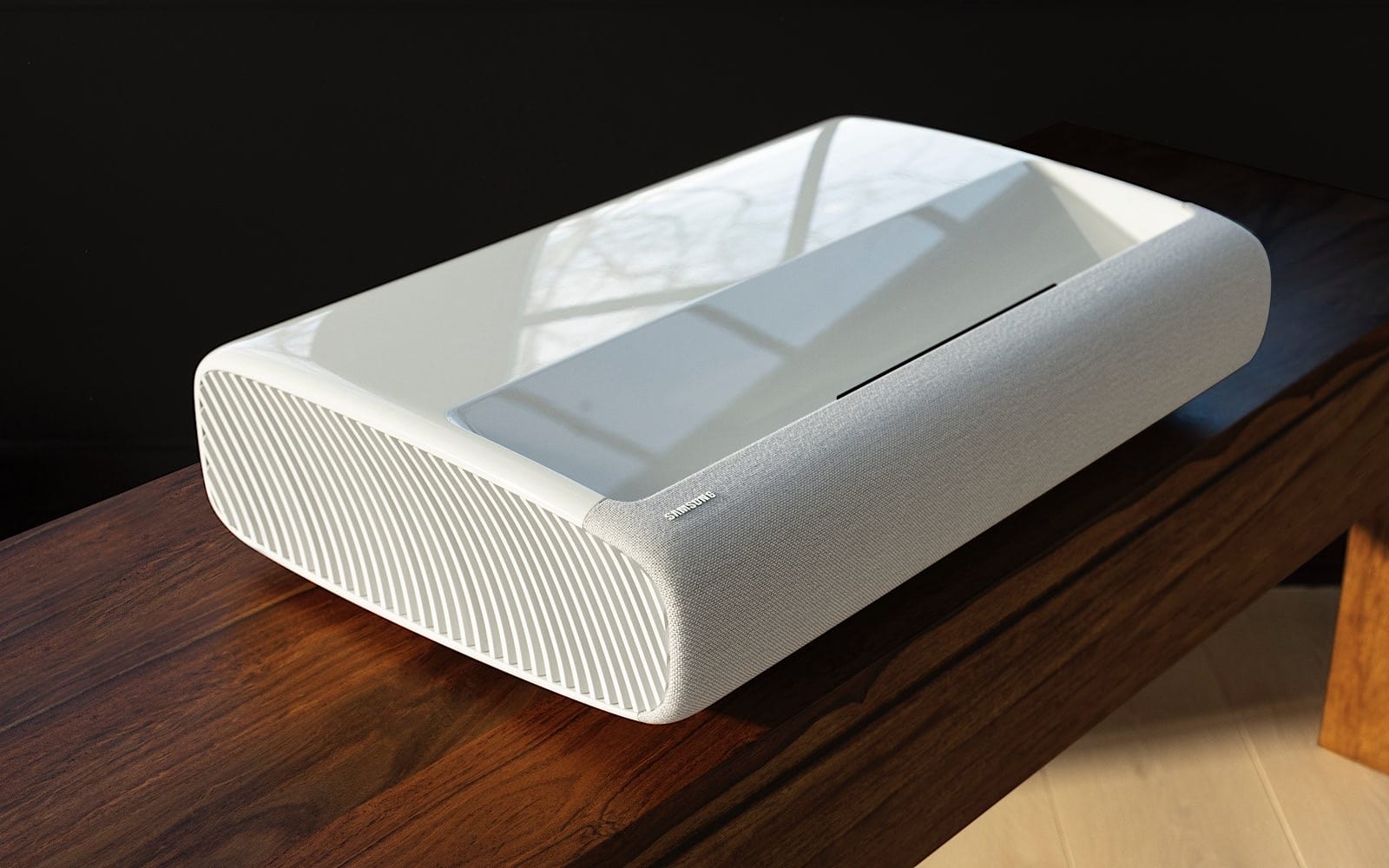 The name probably gives it away, but Samsung’s focus with The Premiere is to bring movies home, and locally, Samsung is launching two variants of The Premiere in Australia, with the LSP7T able to deliver up to 120 inches of 4K projection, while the LSP9T can handle up to 130 inches.

The biggest feature might be the way they project, but it’s not one they actually share. While a laser TV is typically a short throw laser projector allowing the unit to be more or less pushed up against a wall, each of these models handle that differently. The premium “9” series Samsung LSP9T needs to be at least 11.3 cm from the wall and closer to 24cm for a 130 inch projection, while the less expensive LSP7T needs to be 24.7cm from the wall, and around 40cm away for a 120 inch screen. That suggests that while they’re both 4K projectors, only the LSP9T uses a properly short short throw projection system, while the other needs just that little more distance and can’t push up against the wall for convenience.

It’s not just about a big size, though that’s clearly one part. The difference between a 120 inch and 130 inch projection isn’t going to be much at all — what’s 10 inches of video between friends? — and so Samsung has included slightly different technologies between both. The more capable LSP9T Premiere model is brighter, offering 2800 lumens versus the 2200 lumens in the LSP7T, and the LSP9T also gets HDR10+ certification, and is one of the world’s first projectors to do so. They both also get built-in sound, with a 2.2 channel sound from the LSP7T, while the LSP9T opts for 4.2 channel sound.

Both are called “The Premiere”, that seems to be true, but they don’t work in quire the same way, with the LSP9T delivering a proper short throw in comparison to its sibling. 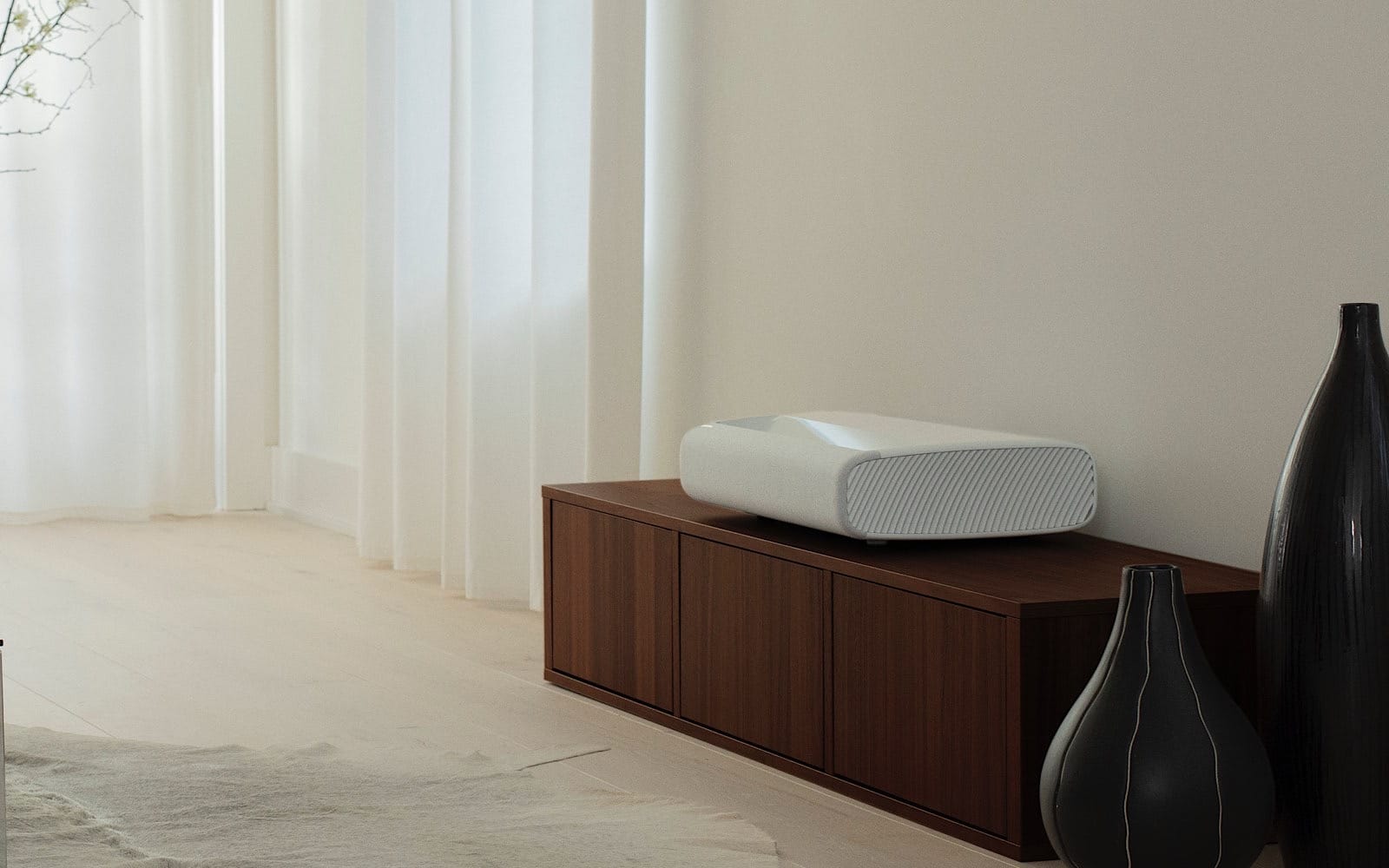 However the price may also note that quite clearly, with the LSP9T being the more expensive of the duo, and by quite a bit. Locally in Australia, you can expect to find the short throw Samsung LSP9T Premiere projector for $10,999, while its laser projector sibling in the Samsung LSP7T will cost $5999 locally.

As to how it will perform, that we’re not sure. Samsung tends to excel in visual technology, but projection technology was typically something the company looked into for business projectors some time ago. We’ve not heard of a Samsung projector in quite some time.

Laser projection is a big area, though, and with some impressive technology coming out of players like Hisense and Epson, we’re hardly surprised to see Samsung making a play.

Australians keen to give their home a bit of a “premiere” cinema setting can find the LSP7T and LSP9T Premiere laser projectors in stores across the country.