Not quite a sequel, but definitely an upgrade, Samsung’s next 5G phone is one that needed it in the first release, as the Flip gets faster mobile connectivity.

When a new phone comes out carrying a price well over a grand, we kind of feel two things about it:

The second is also crucial, because if you’re spending all that money on a new phone, you want to make sure it holds up to standards set by other flagships.

Yet when Samsung’s foldable pocket-friendly Galaxy Z Flip was announced in February and arrived in Australia in April, it lacked 5G for its $2199 price. Granted, it was a relatively inexpensive foldable phone, but only because the price sat closer to the $2000 mark than previous Samsung foldables, devices that normally cost more.

Back when it launched, it arrived with a lower feature spec than Samsung’s other 2020 flagship models, missing out on the 8K Ultra HD video camera and minimum of three cameras, but getting a foldable 6.7 inch phone design, instead.

We can understand why the camera was so different given the design, and so have little fault there, but the omission of 5G was strange, though it’s something Samsung appears to be fixing. 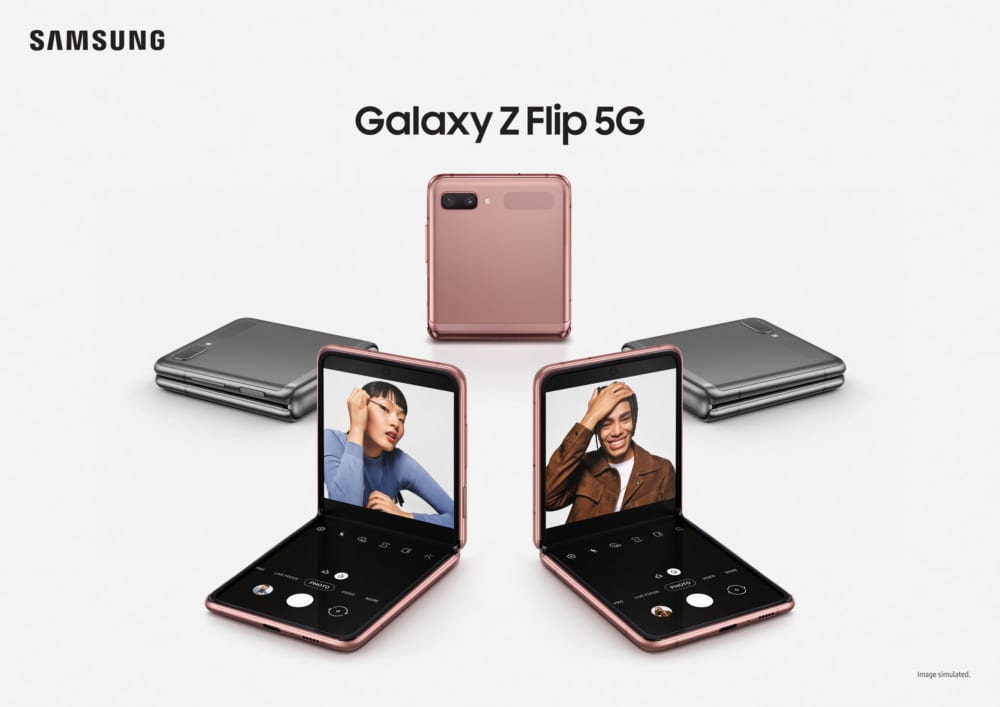 A new model is on the way, as Samsung has announced the Galaxy Z Flip 5G, a specific variant getting support for 5G’s high-speeds, the main upgrade of this new model. There’s also a change to the chip inside, with the phone reportedly getting a new chip, the Qualcomm Snapdragon 865 Plus, which could see release in the Australian model, a change from the usual approach equipping Samsung phones with Samsung Exynos chips.

Those two features are pretty much the main changes, with the Z Flip 5G still appearing as a 6.7 inch foldable phone with a 1.1 inch screen on the outside for notifications.

There’s no word on local price just yet, but you should expect the Galaxy Z Flip 5G in Australia within the next few months. Frankly, we’re expecting the original to stick around at a lower price tag, potentially giving Samsung more of an edge in foldable phones, and customers a choice in whether they want 4G or 5G, much like it does in the S20 range.