Thinking of grabbing a Galaxy smartphone of sorts? There are even more options to choose from, as Samsung’s mid-range expands in the “A” series.

There sure is a lot of selection out there in the world of smartphones, and that’s a good thing. While it can mean making a decision is difficult, it also means you have more choice, which can be helped by comparing your options once you have a vague idea of what you want.

This week, that option list is expanding, as Samsung does some expansion of its own, and adds a couple of entries into its Galaxy A-series, the line-up of phones which has seen Samsung try it hand at a premium take of mid-range phones.

A few years ago, Samsung’s A-series started to push the very boundaries of what mid-range pricing was called, so much that we called it a “smartphone squeeze”, back when the mid-range was beginning to be defined more as $400 to $900, instead of the $400 to $700 it had been for quite some time. The problem with this change in pricing, however, comes from the fact that high-end phones and flagship devices cost more, hitting well into $2000, which means the mid-range has had to change.

Samsung’s phones have changed with this, and while the company still offers both the Galaxy S-series and Galaxy Note devices as flagship, alongside the company’s foldable options in the Galaxy Fold and Galaxy Z Flip, it has mid-range focused models at lower prices, as well.

In 2020, the Galaxy A series comprises of four models, two of which have been out in retailers and online at Samsung for a few weeks now, the A51 and A71. This week, they’re being joined by the A31 and A71 5G, variants the aim to give people the opportunity to get Samsung’s 2020 designs and a selection of the features in lower price points, with four cameras found across the board.

The least expensive of the lot, the Samsung Galaxy A31 is a $499 phone delivering a 6.4 inch screen with a 48 megapixel camera alongside two 5 megapixel camera for portrait depth and macro shots, while an 8 megapixel caters for ultra-wide shots. The phone itself is a 4G phone packing a pretty large 5000mAh battery, and there’s even NFC onboard, meaning Google Pay and Samsung Pay are supported.

The Galaxy A31 appears to be an interesting attempt to take on the mid-range value pushed by the likes of Oppo, Realme, and even Google’s Pixel 3a, the latter of which is due for an upgrade in the coming weeks with a new model.

In the middle is the Galaxy A51, a model that can be found for $599 locally, and brings the screen to 6.5 inches, and offers four cameras once again, with the same 48 megapixel and dual 5 megapixel cameras as the A31, but upgrading the ultra-wide from 8 megapixels to 12 megapixels.

Meanwhile, at the upper end of the Galaxy A series, there’s the Samsung Galaxy A71 5G, a slightly more premium take on the mid-range and a 5G capable mid-range device, too. At 6.7 inches, the A71 5G is a little bit bigger, upping the cameras to 64 megapixels for the standard camera, 12 megapixels for their ultra-wide, but leaving 5 megapixels for both depth and macro.

The inclusion of 5G is the notable feature in the Galaxy A71 5G, delivering high-speed mobile connectivity to a lower price point, arriving in Australia for $899, though a 4G version will be offered for $749.

“The growing mid-tier market journey is well documented, for us the Galaxy A20 was one of the most popular smartphones of 2019,” said Garry McGregor, Vice President of Mobile & IT at Samsung in Australia.

“Samsung has invested tens of millions of dollars over the years into R&D to deliver the quality that can be seen in the A71, A51 and newly announced A31 and A71 5G. All at an accessible price point,” he said.

Locally, Australians will find the Galaxy A31 and A71 5G in stores from next week. 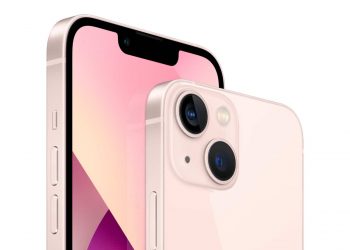