Ring gets its take on doorbell security below $150

Wish you had a digital door man watching anyone that comes on your property, but didn’t want to pay a fortune? A new model from Ring could just get you there for not as much as you think.

Placing a security camera in front of your home needn’t be a complex or thoroughly costly exercise, at least not anymore. While security cameras in the home once incurred a pretty hefty cost in the beginning, adding a doorman to watch over your home isn’t quite what it used to be, and the technology has trickled down over time.

Of course, you can go the full length and place security cameras in different points, and that may provide a more complete view of your home’s security, but there are other options that focus on a singular entry point. Namely the front door.

Front door security can be as simple as a doorbell, with the video doorbell not only providing a way to check who’s come-a-calling, but also who might be entering the property thanks to motion sensitivity.

Doorbell cameras grant this thanks to the camera built into their design, which can be activated both when someone presses the doorbell, and when their motion zones are triggered, basically doing two jobs for one device: video doorbell and front-of-house security system.

This week, there’s an update to one of the first models to try this, as Ring introduces an updated take on its original Ring Video Doorbell, introducing a new model set to arrive in Australia in early June for $149.

If that sounds a little like jargon, what it means is that Ring’s Video Doorbell can pick up on people as they come into view of the doorbell, not just when they press on the doorbell itself. It might mean you may not necessarily need a second or third security camera, and can rely on the single point of entry.

If or when someone does come on your property, the Ring Video Doorbell can alert you on your phone, while also capturing the video feed for viewing later. For anyone that presses the doorbell, the Ring app can call connected devices — including your and perhaps that of your partner — and allow you to talk through the doorbell, ideal if you’re not at home or in another part of the house. Night vision is also part of the package, so if this happens at night, you shouldn’t just get a darkened picture, but rather an image of what’s going on. 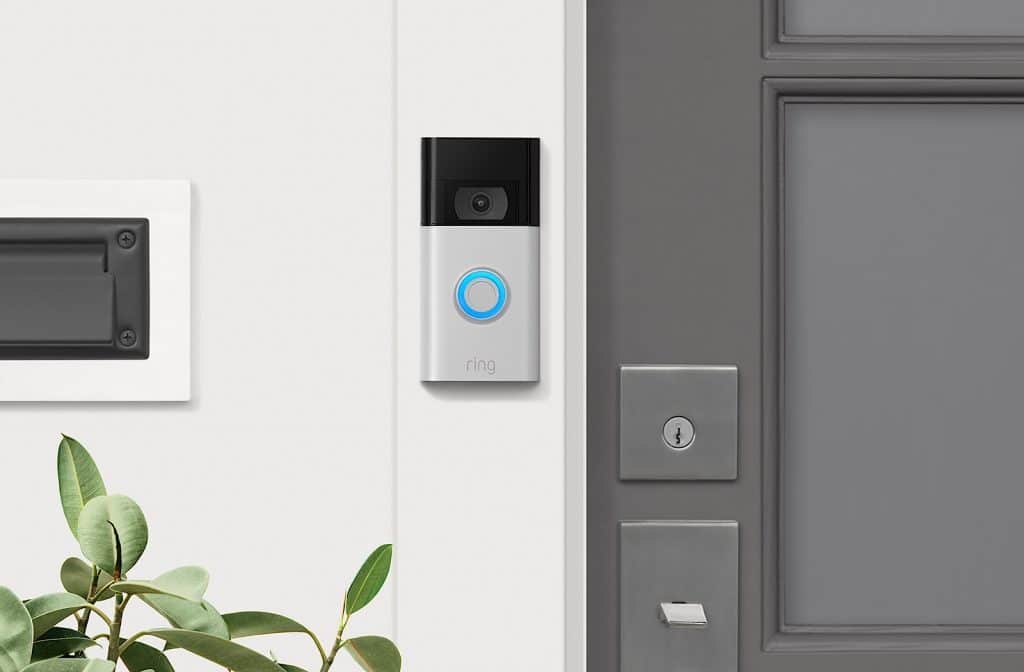 While renters might look at this as an idea for people who own, one of the upsides to Ring’s Video Doorbell is that it can either be hardwired in place, or even attached to a frame using other means, with the Video Doorbell unit able to be recharged when it runs down on battery life, typically after a few months. Back when we first reviewed the Ring Video Doorbell, we used 3M adhesive to make it work, and from what we understand about the update, that remains the same.

That was almost four years ago, back when it had a price of $299. The new version, however, sits at closer to half that price, arriving in Australia on June 3 for $149. You’ll find it in stores in the coming weeks from the likes of Bing Lee, Bunnings, The Good Guys, JB HiFi, Officeworks, as well as online from Amazon and Ring’s online presence, too. 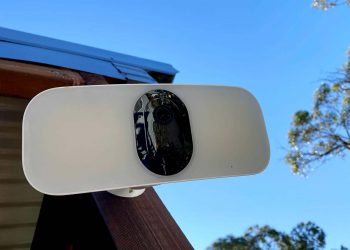 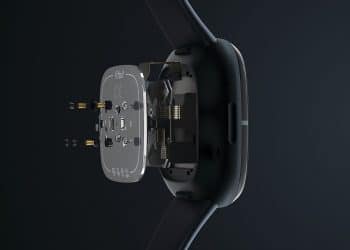 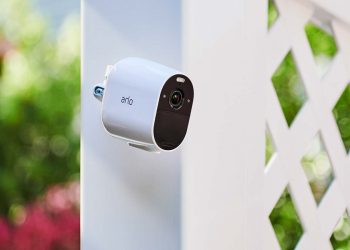 Arlo looks to the Essentials for security cameras