As 5G starts to drip in to more price points, Nokia is joining with a $900 5G smartphone, complete with some neat features and Android 11.

The world of 5G is properly coming to more price points, and now that we’re seeing the technology drop below a grand, another company is entering the fray.

While foldable phones are still well north of $2K, one technology is clearly dipping below the high prices of flagship phones, as fast 5G technologies come to more price points. Already this year, we’ve seen LG and Motorola take a jump into what many see as the new mid-range, with LG arriving with the 5G Velvet, while Motorola took a chance with the 5G Edge.

Now it’s Nokia’s turn, as the company that handles Nokia’s phones, HMD Global, takes a look at the 8-series, launching the Nokia 8.3 5G. 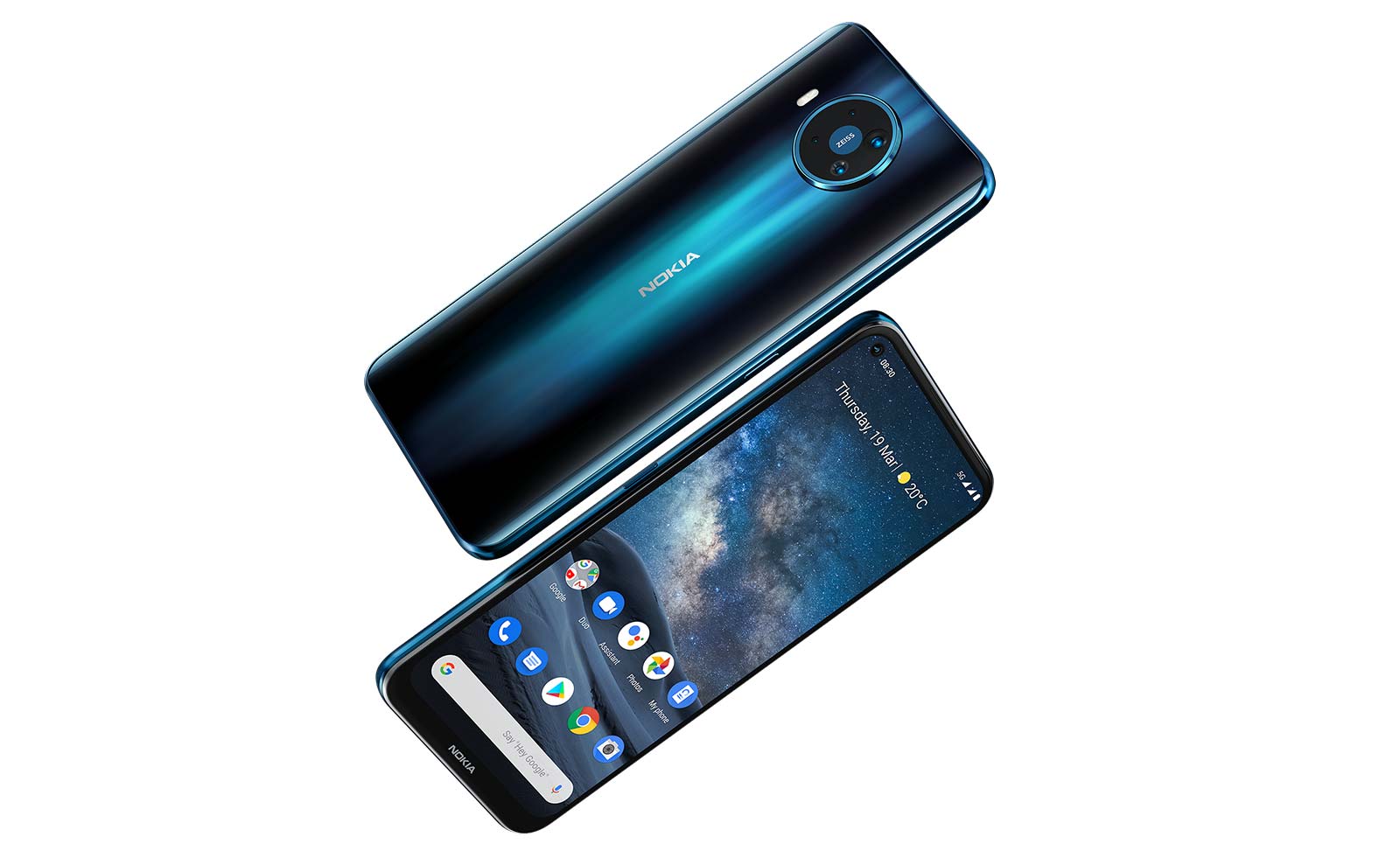 It’s a phone that will get an assortment of high-end features, notably including the Qualcomm Snapdragon 765G chip landing on other phones, complete with support for 5G, though it can handle 4G at Category 18’s speeds, making it fast enough for most.

Elsewhere inside, there’s 128GB storage with a microSD card slot in case you need to upgrade it, and 8GB RAM to help keep things ticking along, and on the connection front, Nokia has kept things rather friendly. The Nokia 8.3 5G manages to keep the 3.5mm headset jack so many brands are moving away from, pairing it with USB Type C, WiFi 802.11a/b/g/n/ac, Bluetooth 5, GPS, and also including NFC for Google Pay.

Android 10 arrives out of the box, though Nokia has said the Nokia 8.3 5G is Android 11 ready, so expect an update soon, and there’s a fingerprint sensor built into the power button, plus face unlock, while the battery inside is a huge 4500mAh module.

All of this sits under a 6.81 inch Full HD (2400×1080) screen, and is paired with a quad-camera array that may impress, but also feels utterly familiar for this year: a 64 megapixel F1.89 standard wide camera, a 12 megapixel F2.2 ultra-wide, a 2 megapixel depth sensor for portrait images, and a 2 megapixel macro lens. However Nokia is trying to make it a little better with some video-focused technologies, complete with Zeiss glass and a “Zeiss” branded cinema video capture and editor app complete with 4K video capture, plus an audio recording system capable of recording 360 degree spatial audio.

As to whether Nokia’s first 5G phone in Australia can make the dent the company is looking for remains to be seen, but if you’re keen to try it, you’ll find it in stores in the middle of October for $899, with pre-orders beginning now.