With 5GHz portables now a possibility, Lenovo is looking to its Legion line to light up the eyes of PC gamers everywhere.

Finding a gaming laptop in the PC world is about to get very interesting. It’s been quite competitive for quite a while, as more players enter what is seriously a diverse market, but Intel’s latest 10th generation chips look to seriously impress.

With some of the fastest processor speeds found in a laptop, Intel’s Comet Lake H looks to grab attention, sporting speeds marginally in excess of 5GHz, all while other laptops are sitting closer to the 1- and 2GHz marks.

Gigahertz isn’t going to completely define the gaming experience, mind you, so the latest gaming laptops also sport some high-end gaming graphics alongside, with up to Nvidia’s GeForce RTX 2080 Super, which should boast some pretty solid capabilities, though it’ll depend, of course, on how much you want to spend.

Fortunately, you will have gaming laptop options, and with announcements from quite a few companies including Gigabyte and Razer, Lenovo’s Legion range is next. Lenovo has already previewed what legions of gamers looking to Lenovo can expect, and now there’s more detail, perfect for folks who thrive on the nitty gritty.

There are five Lenovo Legion gaming laptops on the way, ranging from the Legion 5 to the Legion 7i, which sits at the very top and offers what Lenovo calls a “premium” laptop. 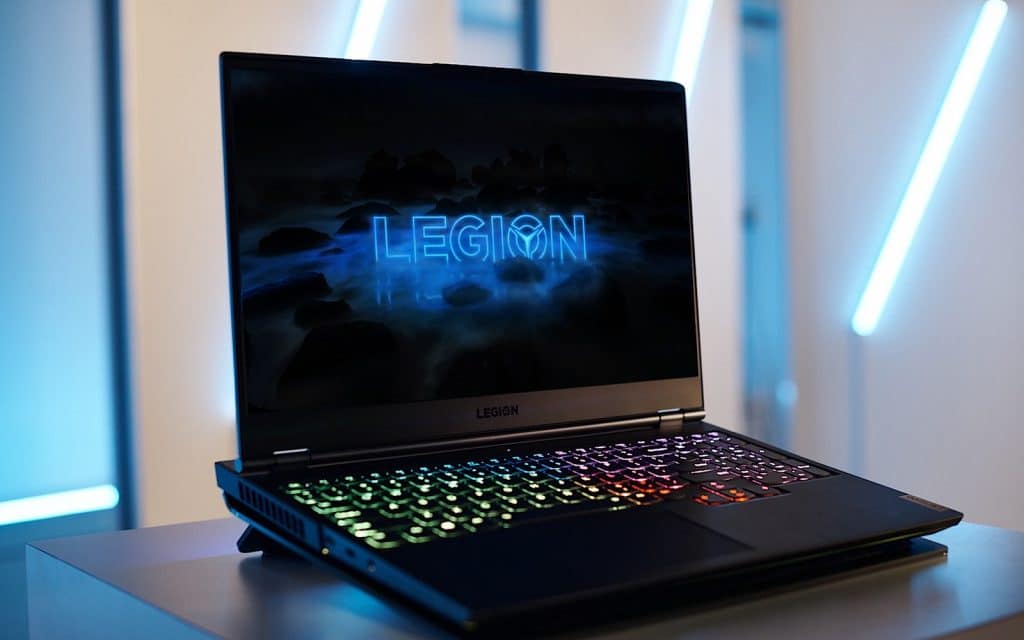 Built with a 15 inch Full HD screen sporting a 240Hz refresh rate, it’s a big gaming laptop weighing 2.2 kilograms and packing in the Intel 10th gen Core i9, what is essentially the best of the best for Intel’s Comet Lake H chips. Overclock it and it’s about the fastest mobile chip this side of 2020, and helping it along is Lenovo’s Coldfront 2.0 cooling system, using 73 liquid-crystal polymer fan blades and four thermal channels to push the air around to help keep the whole thing cool, while a thermal sensor works out what the thermal requirements will be ahead of time to try and keep sound down ahead of marathon gaming sessions.

There’s also a Dolby Atmos sound system up top, not to mention that RTX 2080 graphics chip, while the battery is capable of hitting up to eight hours, though that will be dependent on how you use the Legion 7i.

It won’t be cheap, though, sporting a starting price tag of $3999 in Australia.

A little lower, the Legion 5Pi gets a $2999 price point and a similar set of inter real, but increases the weight a little to 2.5 kilograms, so likely sees some of the changes in materials and design.

Lenovo’s Legion 5i range will get in at even more economical price points, starting at $2199 for a 15 inch, though ranges up to a 17 inch as well, delivering either GeForce GTX or RTX graphics chips depending on how much you want to spend with an Intel Core-H chip, while the Legion 5 opts for an AMD-based Ryzen 4000 instead with a $1999 starting price. 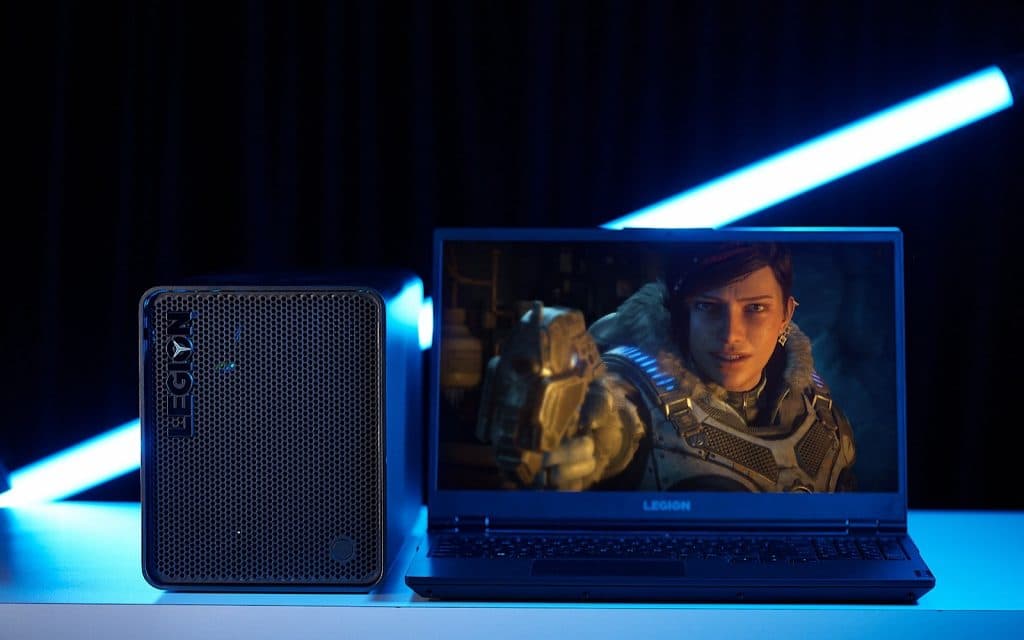 There’s also something a little different coming, with a light and thin gaming laptop, almost taking a page from the Lenovo ThinkPad range. Able to be pushed completely flat like the ThinkPad models, the Lenovo Legion Y740Si is a 1.7 kilogram gaming machine, making it lighter than the rest of the range, and including a 14 inch 4K screen and Intel 10th gen Comet Lake H chips.

Where the Lenovo Legion Y740Si likely loses out to other gaming laptops is a lack of a graphics chip, with Lenovo selling an external graphics card booster that includes the chip instead.

Think of the Legion Y740Si like an ultra-thin laptop made for gaming when it’s paired for the desktop, and made for work when you’re out and about. It’s a slightly different take on seeing the gaming laptop used in more places, and it’s one that won’t be cheap, either, starting at $2899 locally, while the Legion BoostStation external graphics chip hasn’t seen a price just yet.

Lenovo also has an IdeaPad made for gaming on the way, cutting back on the specs to Intel Core i7, AMD Ryzen, and a lower performing Nvidia GeForce GTX 1650 at a sub-$2000 starting price, while a couple of gaming desktops are on the way, too, basically taking the Legion 5 laptop, cutting off the screen, and turning it into a desk-bound experience.

You can expect these in the coming months, with May to June the likely timeframe for the 2020 range of Lenovo’s Legion gaming gear in Australia. 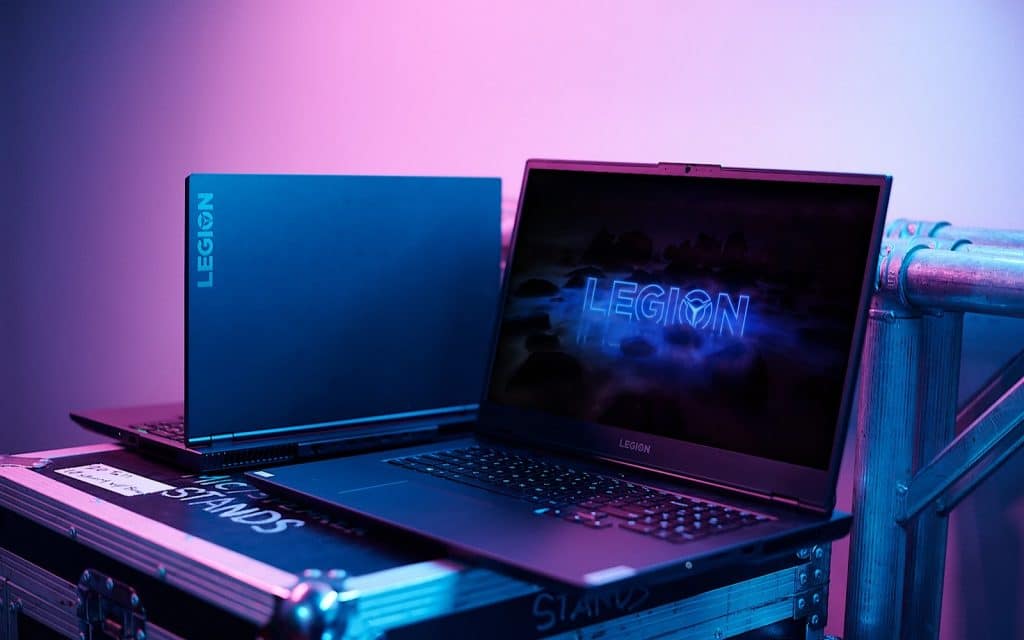