Wearables are getting more advanced, and with SpO2 blood oxygen tracking a feature we’re seeing more often, it’s time Huawei jumped into the game, too.

There’s no “one way” to make a gadget, whether it be a phone, a computer, or anything else. Wearables work very much the same, because while you can give it a screen, an accelerometer or compass to work out how it’s positioned, make it count steps, and track heart rate, there are other things it can do, as well.

Wearable devices like smart watches and smart bands can be used as ways to track what your blood is telling about you, particularly when something like a blood oxygen sensor is introduced, a technology also known as a “pulse oximeter” and in the world of wearables is called an “SpO2 sensor”.

Fitbit has been using them in a few of its devices for over a year now, adding it to measure the oxygen saturation in one’s blood, and alongside Withings is using the primarily technology for sleep tracking, however it’s not the only company to do so.

Huawei has announced it, too, is joining the pulse oximeter train, and is adding the feature to its latest Watch GT variant, the Huawei Watch GT 2e. 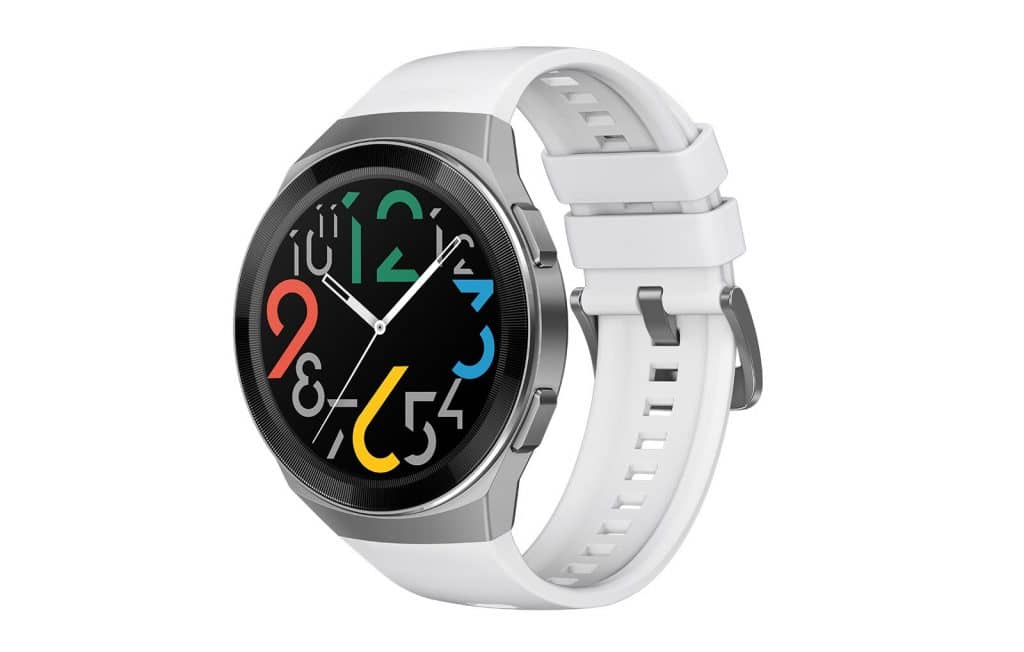 The new model keeps the battery life the Watch series has had over the years, supporting up to two weeks of battery life amidst constant heart rate tracking and the introduction of the SpO2 blood oxygen saturation, thanks in part to the Huawei chip found at the heart of the watch. In this generation of its wearable, Huawei says SpO2 is being used for more than just sleep, and will allow customers to measure their blood oxygen level anytime they want, even while they’re working out.

In fact there are apparently around 100 workout modes in the Huawei Watch GT 2e, with 15 workout modes and 85 customised modes, something the company says helps to make its Watch GT2e ideal for sports, able to store MP3s for exercising without the phone, while tracking 190 types of data including calories, heart rate, recovery time, duration, and more.

“Huawei continues to develop products that push the boundaries of technology and design, and the Watch GT 2e is no exception,” said Larking Huang, Managing Director of Huawei’s Consumer Business in Australia.

“As the world continues to demonstrate an ever-growing interest in improved health and wellbeing, we are committed to delivering innovative devices that offer new features to help Aussies reach their personal goals,” he said.

While the Watch GT 2e keeps the looks of watch in tact with a circular 1.39 inch AMOLED screen, it appears to still miss out on one of the points we’ve made clear in our previous reviews: support for mobile payments.

As it stands, Huawei doesn’t support anything local for its phones due to the US government disconnecting Google from Huawei in May of 2019, and so there’s no support for Google Pay on its new Android phones, nor is there anything like it on the Huawei Watch GT devices.

It also remains to be seen whether the Huawei Watch GT 2e faces will be customisable, one of the hallmark issues with Huawei’s Watch series in the past few years. Typically the faces are nice, but offer very little in the way of customisation, something many of its competitors do.

However Huawei could be playing more on price and value, keeping a long-lasting battery on a wearable for under $400 locally.

Australians can find the Huawei Watch GT 2e in stores and online this week, arriving with a recommended retail price of $349 in four colours, black, red, green, and white. 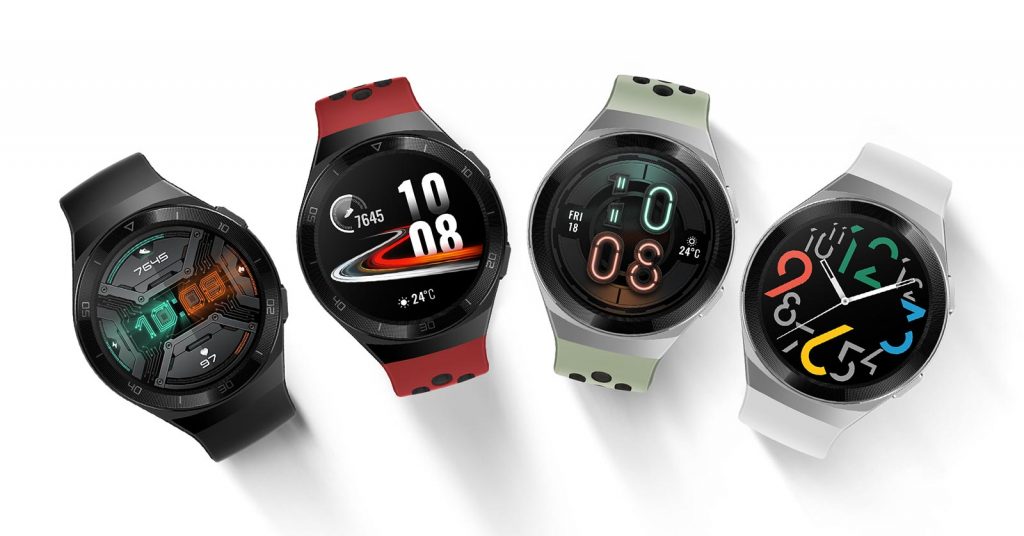