The second-generation take on Huawei’s premiere smartwatch is easy on the eyes, but the Huawei Watch GT2 lacks the goods a proper smartwatch should have.

Take a look around and you’ll likely see some friendly gadgets, particularly if you’re a regular reader of this site. The internet connected devices of the “smart” generation are everywhere, and they’re not just your phone or tablet. Net-connected wearables are becoming hot property, and whether you’re a wearer of an Apple Watch, a Galaxy wearable, or something made by Fitbit, there’s a good chance you rely on a wearable for more than just the time.

If you’re one of the many that loves their wrist-worn wearable, you’re calling on it for notifications, health alerts, and more.

But not every wearable does the same thing. While some do more, others actually do less, and can leave the owner feeling short changed, and missing out on something crucial.

Yet as you glance down at the Huawei Watch GT2, and as you try to incorporate it in your day, it doesn’t take long to find it a little awkward because it won’t even allow a simple track change for your tunes.

It’s worse than that: the Watch GT2 won’t let you do any of the things You may normally use a smartwatch for beyond checking the time. As much as we loved the first generation of the Huawei Watch, the more we use the Huawei Watch GT2, the more we realise that Huawei’s whole smartwatch efforts are stuck in first gear, and hardly competing in the race the GT moniker might suggest. 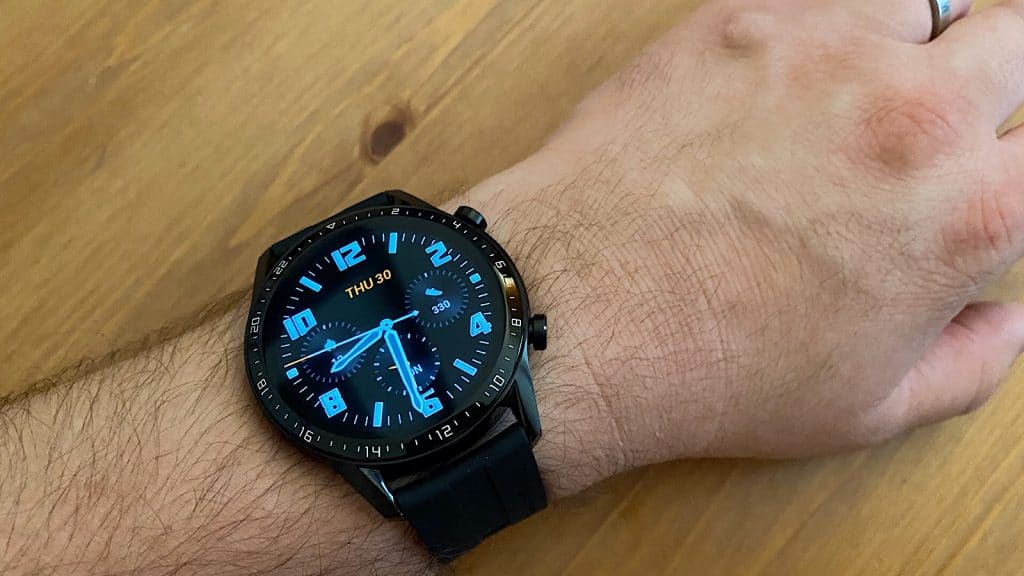 Borrowing the look of a proper circular watch and a more cleaned up approach to Huawei’s first-generation Watch GT, the latest take includes a black stainless steel body, two buttons, and a 1.39 inch circular AMOLED that makes the whole thing feel like a typical watch. There’s even a replaceable band using the standard pin mechanism proper watch straps are known to have.

Of course, it’s not your typical watch, even if it shares consistent features, because Huawei has made the whole thing a little more digital.

It’s a very pretty display, that much we will say, with the circular AMOLED display offering sharp and pretty visuals that stand out, but the feature set may be a little underwhelming.

You’ll find support for an always-on heart rate sensor, as well as sensors for air pressure and light sitting under a 1.39 inch AMOLED screen running a resolution of 454×454.

Bluetooth 5 and Bluetooth LE are both supported here in the Huawei Watch GT 2 46mm model, as is a battery capable of hitting a maximum of 14 days, with the watch charging off a magnetic charge dock.

The Huawei Watch GT2 is rated for water resistance, using the “5ATM” rating for shallow water activities, and should be fine in a shower and swimming, like a standard watch. 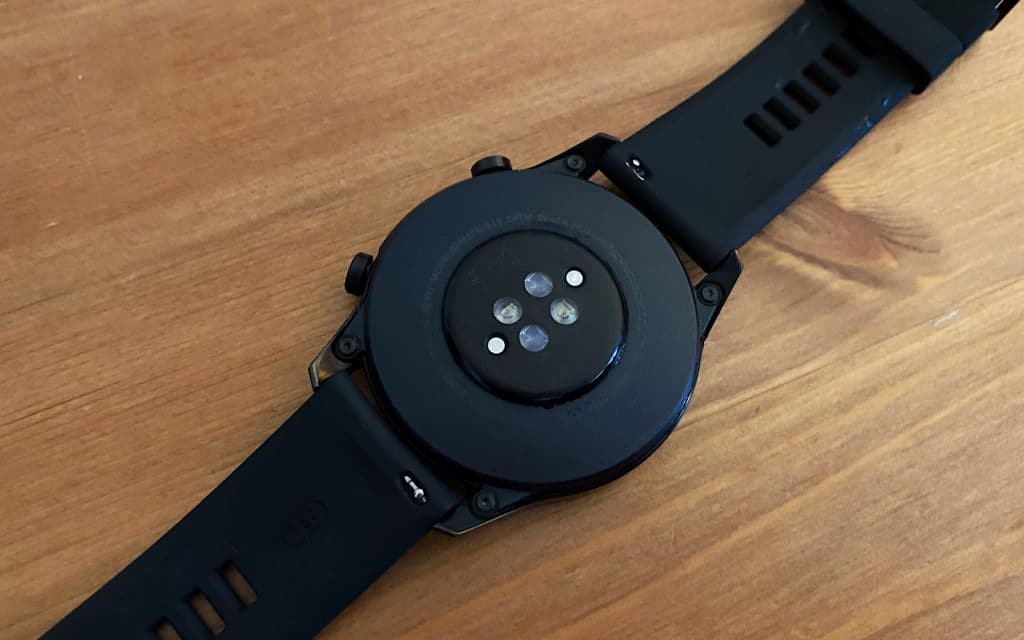 Using the Huawei Watch GT2 is a bit of a passive experience much like a standard watch. While other smartwatches invite you to push, prod, and touch the things, the Watch GT2 is different. Rather, it sits on your wrist and monitors.

You can swipe left and right through the various built-in app screens, jumping into heart rate, weather, or music, while pressing one of the buttons will get you to a menu of sorts, but the interaction of this watch isn’t quite like other smartwatches. It’s far less interactive, and there’s not much you can do.

For instance, while you get access to 14 watchfaces, that’s all you get. There’s virtually no customisation in the variety you have, save for a few, and even then it’s not fantastic. Even the “gallery” watchface can’t actually have its gallery of one background wallpaper changed on the iPhone, making it less a gallery and more a stock wallpaper face. Not exactly a fantastic outcome.

In fact, outside of setting the Huawei Watch GT2 to track your exercise or activities, there’s no way to really “use” the watch. You just raise your hand when you want to check the time, and when you get a notification. That’s largely it.

We’re not sure if this counts as a smartwatch. 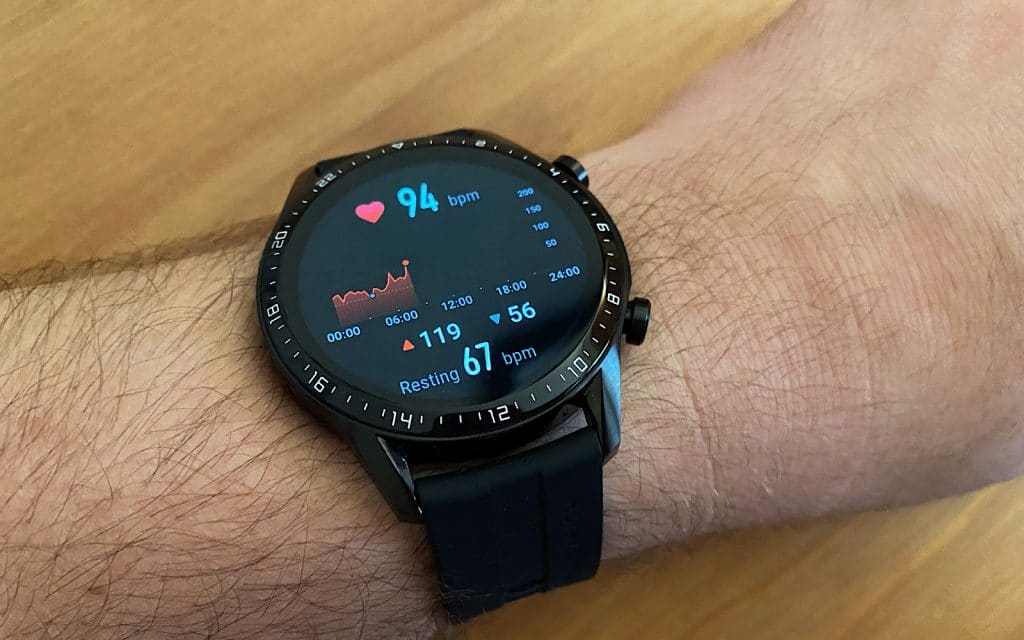 One area seems to be better above all, and that’s the heart rate tracking, which is always on and always doing something.

The battery is also a winner, achieving around 9 to 10 days of life before needing a charge, which is a very impressive result. The first Huawei Watch GT model managed to impress with eight days of life, and Huawei has managed to squeeze a little more out of this new model, which is just lovely, beating out competitors only able to offer two or three days max.

However there’s a solid reason or two or five that the Huawei Watch GT2 achieves better battery life than say the Apple Watch, and that’s because it is nowhere near as useful. 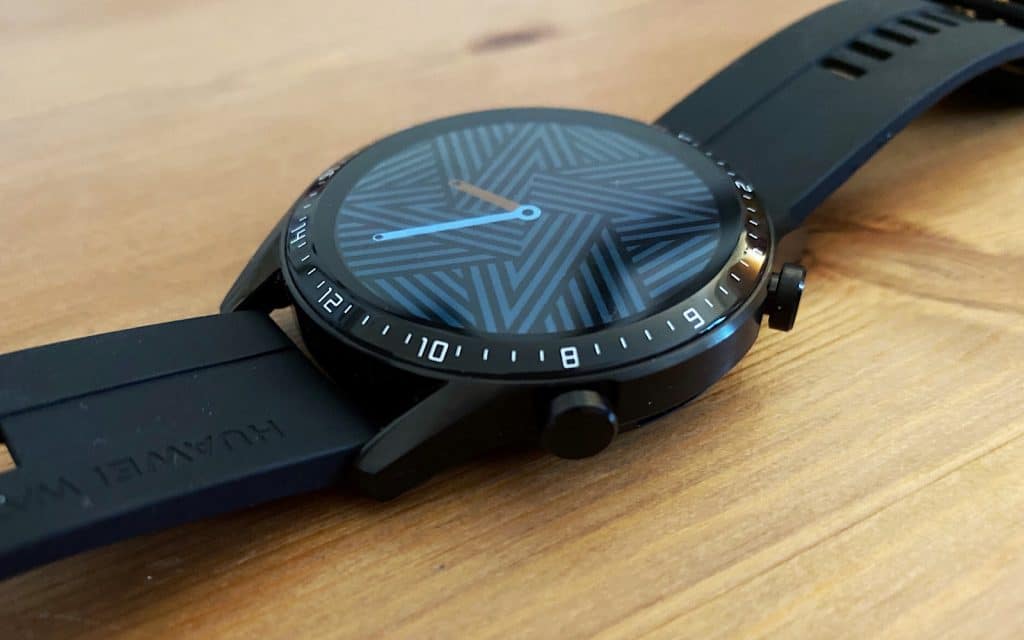 A year or two on from the release of the Huawei Watch GT — a limited release, at that — it appears that Huawei has learned very little from the criticisms reviewers held for the first modern, and in some ways has managed to hold the Watch GT2 back just that much more.

Original complaints included a lack of customisable watch faces, no apps, no payment platform, and no music control, and in the Watch GT2, all of those complaints remain. Much like how The Simpsons‘ Malibu Stacy gets people clambering for a new hat, Huawei has added a hat in the form of an aesthetic touch up, leaving more or less all of the criticisms from the first generation firmly where they were.

A good year or two on, that’s not exactly what we’d call an acceptable approach for a new smartwatch, particularly since we’re at sequel stage.

So let’s talk about what needs work with the Huawei Watch GT2, because the answer is so, so much. 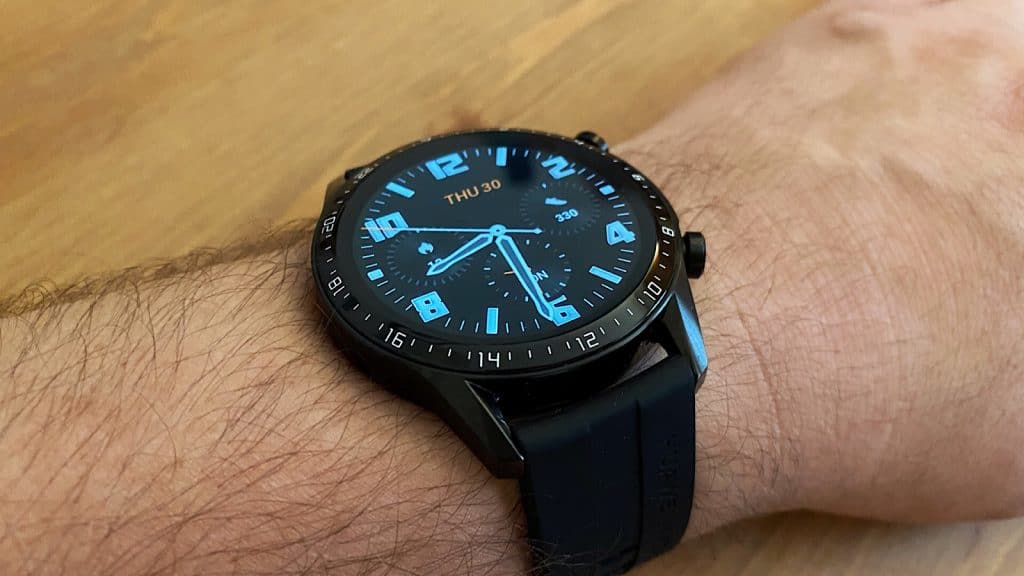 Let’s say you want to pay using your wearable, because why not? You can do it on the Apple Watch, the Samsung wearables, the Google Wear OS wearables, and even the Garmin and Fitbit wearables. Yet you can’t do it here, as Huawei doesn’t support a payment platform.

“Ok, fine, so what about the apps?” I hear you ask. “Can we download apps to change and make the Watch GT2 our own?” Well… no, not really. There aren’t apps. There’s an app for iOS and Android for health tracking, but not much in the way of apps for your wearable.

“Fine,” I hear you begrudgingly call out. “Can we at least customise the look of the watch faces?” 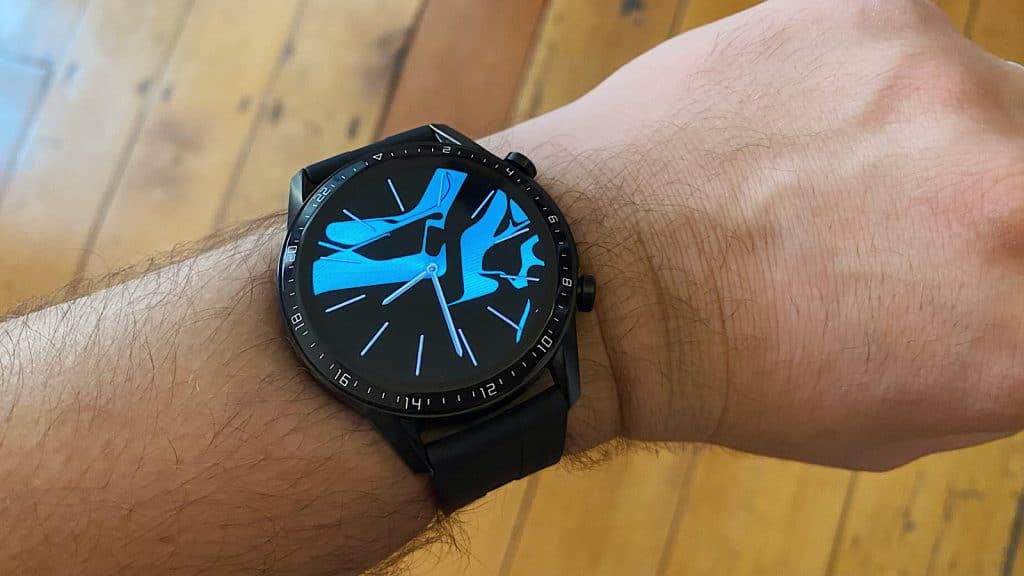 No. No you can’t. Less than 20 watchfaces are available on the Huawei Watch GT2 with practically no customisation. About the only customisation you can expect is to change the watch strap, resulting in one of the least “smart” smartwatches we’ve seen. It is staggering just how much hasn’t been changed or touched from the first-gen, and how much Huawei has left the same.

It’s Malibu Stacy’s new hat, people. Except it’s a watch. You get what I’m trying to say.

And at $399, buying the Huawei Watch GT2 simply because it looks nice isn’t really reason enough.

At the $400 price point, Huawei is competing with plenty of other wearable makers able to get in music control, notifications, payment platforms, with many offering more in the way of watch face control. The only major feature Huawei sits at the front with is battery life, but it comes with the caveat of missing almost every other feature you could possibly want in a watch purporting to be a “smartwatch”.

Given theSeries 3 Apple Watch starts at $319 and the Samsung Galaxy Watch Active starts at $349 but can be found at street price for much lower, Huawei’s Watch GT2 doesn’t nail the overall value argument at all. 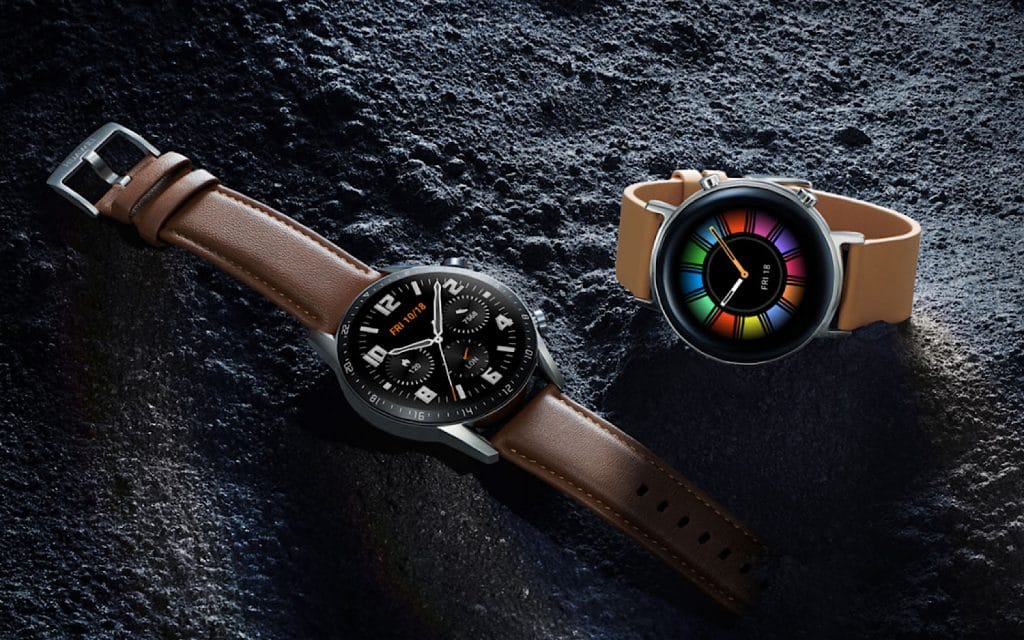 Technology is iterative, so much that it’s not unreasonable to expect that the next model of a product will have updates to the feature set in a way that makes you want the new model. The next iPhone will have features better than the current generation, and you’d expect a similar approach to a new wearable like the Apple Watch.

That’s typically what we expect out of anything that acts as a sequel to a product: a follow-up with changes that make you want to buy something new.

And yet that’s not quite what Huawei has provided in the Watch GT2, a model that barely feels iterative at all. Rather, it’s more like a coat of paint, or more specifically, a new body. A new hat, except a watch.

Almost everything we could possibly want in a smartwatch is missing in action, prompting us to believe the Huawei Watch GT2 is the not-so-smart-watch, and you can do better.

It could have been special, but Huawei has chosen to keep things conservative, leaving the Huawei Watch GT2 feeling behind and largely unconsidered, a shame given the forward thinking nature the company typically has for devices. 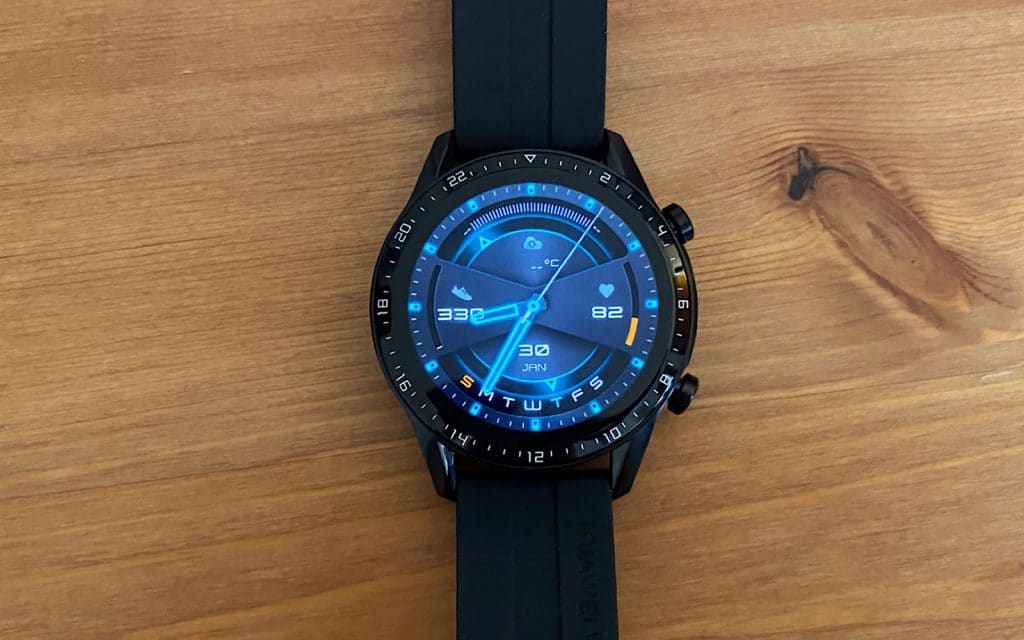 While the P30 Pro was ahead of its time and managed to beat other phones released later in the year, scoring accolades with some impressive forward thinking, the Watch GT2 more or less ignores those lessons and keeps the Watch GT formula largely unchanged, save for a more sleek design.

It’s therefore hard to recommend the Huawei Watch GT2, because outside of comfort and battery life, it’s not one of the best smartwatches you can find to date. The Huawei Watch GT2 is an acceptable watch with a heart rate tracker, but it lacks the smarts necessary for it to be called a “smartwatch”. Beyond that of notifications, you’re not getting the smartwatch you’ll crave. Rather, this falls so short.

Maybe in version three we’ll see Huawei return to the fore the way it did for phones, but right now, we don’t have the time for the Watch GT2, and frankly, you probably won’t either. 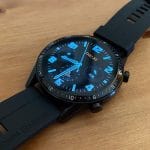