You might have heard Google Play Music is being switched out for YouTube Music, and if you’re a subscriber, it’s time to make sure you’re moving your files over.

One of the first music subscription services is coming to an end of sorts, but not without an escape hatch: Google Play Music is shutting shop, being converted to YouTube Music.

It’s a bit a of a public service announcement, though one that Google hinted at earlier in the year, with the shut down of Google Play Music allowing Google to focus its music streaming efforts on YouTube Music, a service that brings music and video together in one platform.

Videos are just part of what YouTube Music intends to offer, with live performances, remixes, and B-sides supported by the platform, searching through over 50 million tracks and including lyrics in the system. People who want just the music can switch the video side off, and you can switch back to the music if you’re stuck watching the music-less portions of the videos.

Like Google Play Music, you’re not just dependent on tracks used in the online counterpart, with support for music uploads, and support for up to 100,000 songs in total in a libraries, while playlists support up to 5,000 songs.

YouTube Music does offer both a free and paid edition, with the free version being ad supported and the paid version removing those ads.

Of course, Google Play Music subscribers don’t have to stay with the paid YouTube Music service if they don’t want to, but if you’re at all concerned about the libraries of likes, dislikes, and playlists you’ve built up over, it’s worth logging into YouTube Music and making the transfer, or heading to the website and doing it there.

Making the transfer doesn’t take long, and typically just means a few button presses inside either the app or the website, happening in the background. Google notes that Google Play Music subscribers aren’t being forced to use YouTube Music just yet, and can keep transferring several times even if they’ve already done so. It means if you find you need to warm yourself to YouTube Music rather than make a direct jump, you can ween yourself off, and transfer your library multiple times.

But this year will signal the end, so if you are a Play Music subscriber, you’ll want to make it happen sooner rather than later. We suspect by October, Australians with Play Music accounts will have wanted to make the shift, otherwise you may risk losing that library of loves to the depth of the internet forever. For everyone else without a Google Play Music account, feel free to carry on as per normal. 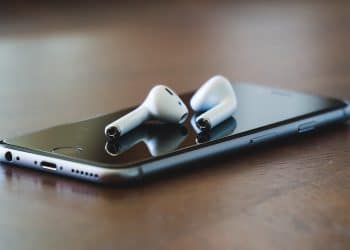