Google’s virtual Street View tours can already take you so many places, so where’s next? Underwater, and on one of the world’s fading reefs.

You may not think too much about it, but Google Street View not only provides a way to experience destinations without going there and glimpse what they’re going to be like, but it also provides a bit of a time capsule.

As our environment changes around us, this time capsule can provide an indication as to the sort of change we’re making on the world, and even possibly raise awareness to this fact.

It’s with this in mind, Google has been working with with the Parks and Wildlife Service in Western Australia to capture one of Australia’s largest reefs that isn’t the Great Barrier Reef. Google already captured that several years ago, and aside for providing an underwater vision of the vista beneath, it also highlights if the changes we’re making on the underwater world are doing damage.

The same sort of understanding and experience may well be seen on the Ningaloo Coast, another World Heritage Listed location home to 300 species of coral and 500 fish species, as well as whales, turtles, and more.

In the past few weeks, the Google Street View team spent time wandering the sands and seas, manning the Street View camera system on back and boat, and capturing images in 360 degrees for what you can and should expect to see at Ningaloo, before change makes it irreversible. Divers also grabbed the cameras for an underwater vista, capturing the water world below for people to experience without getting wet.

If you’re keen to take a look, it’s not ready quite yet, with Google saying the Ningaloo Coast Street View experience will be available in the coming months. In the meantime, why not check out Gallipoli, Disneyland, or even space, with the International Space Station on Street View, among other places. 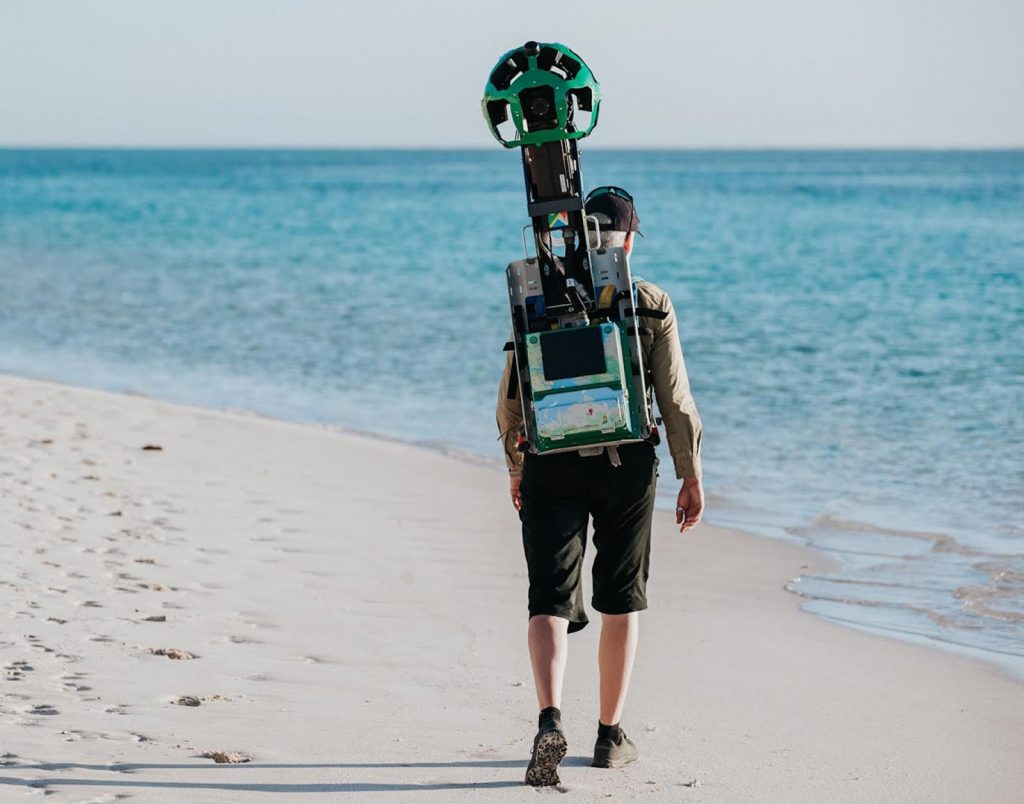