Not sure you need the best Android but want something close? Samsung’s Galaxy S21 FE could make the decision, if only the timing wasn’t so odd.

A year on from the Galaxy S21, it can be all too easy to look forward to the next model, the Galaxy S22. Freshly announced, Samsung’s latest is just about ready for prime time, hitting stores in March.

But hold on, because Samsung has something new also on the way. Well, new-ish.

Is it worth the cost, and are there compromises between the standard S21 and Galaxy S21 FE, or should you wait until the next Galaxy handset? 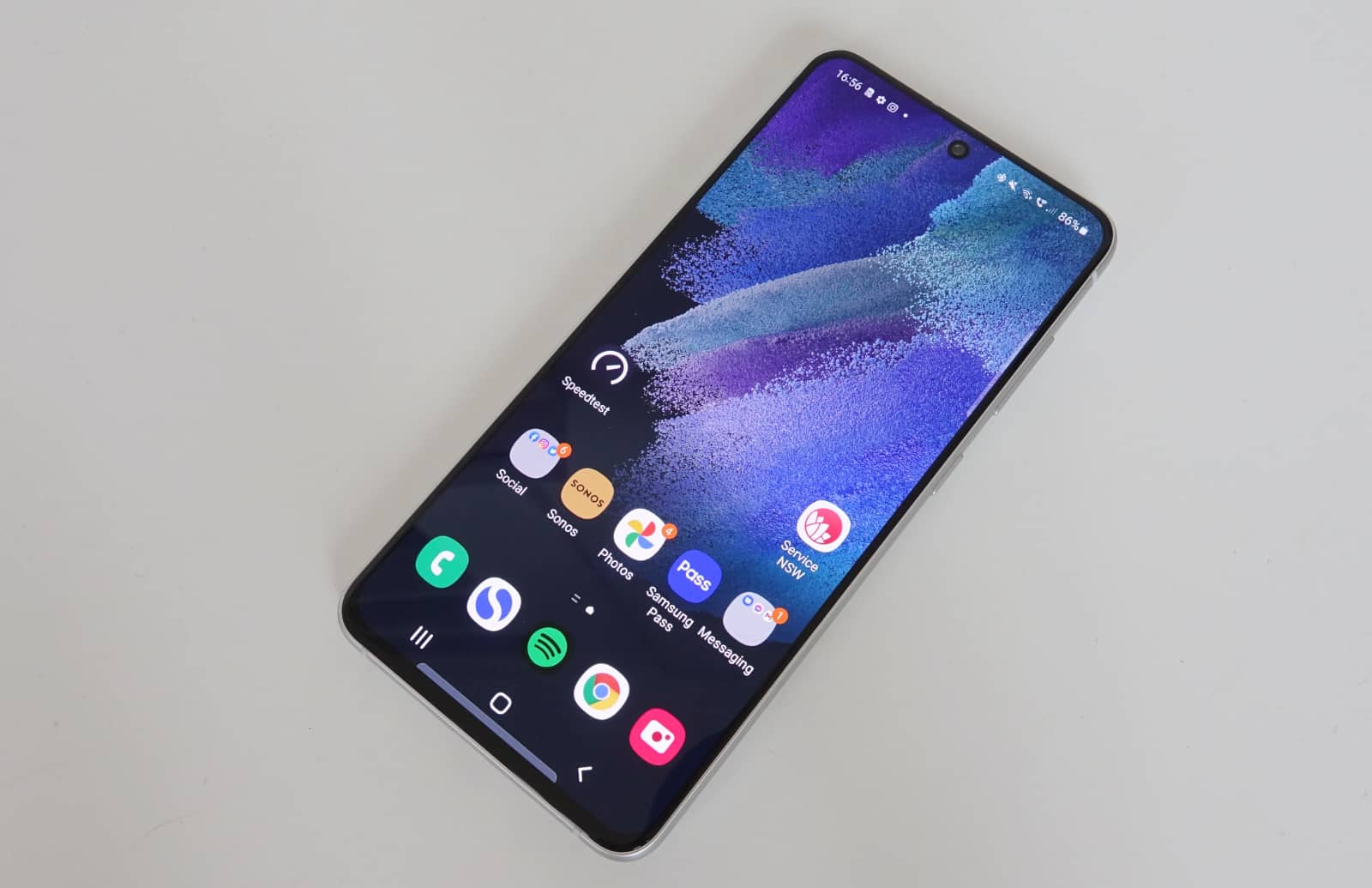 It’s been a year since we checked in with the Galaxy S21, and while it wasn’t our favourite Android of the year, it still had some things going for it.

A simple design with the traffic light setup for cameras on the back, plus an aluminium frame that made the phone feel solid despite the use of a plastic back, these were all things you could see on the original Galaxy S21.

And guess what? They’re also all here on the Galaxy S21 FE, as well.

We’re not sure if fans of the Galaxy S21 desperately would have preferred a plastic back as opposed to a glass one, but that design element is still in place, and like its year-old predecessor, it’s a comfortable phone to hold and take with you. 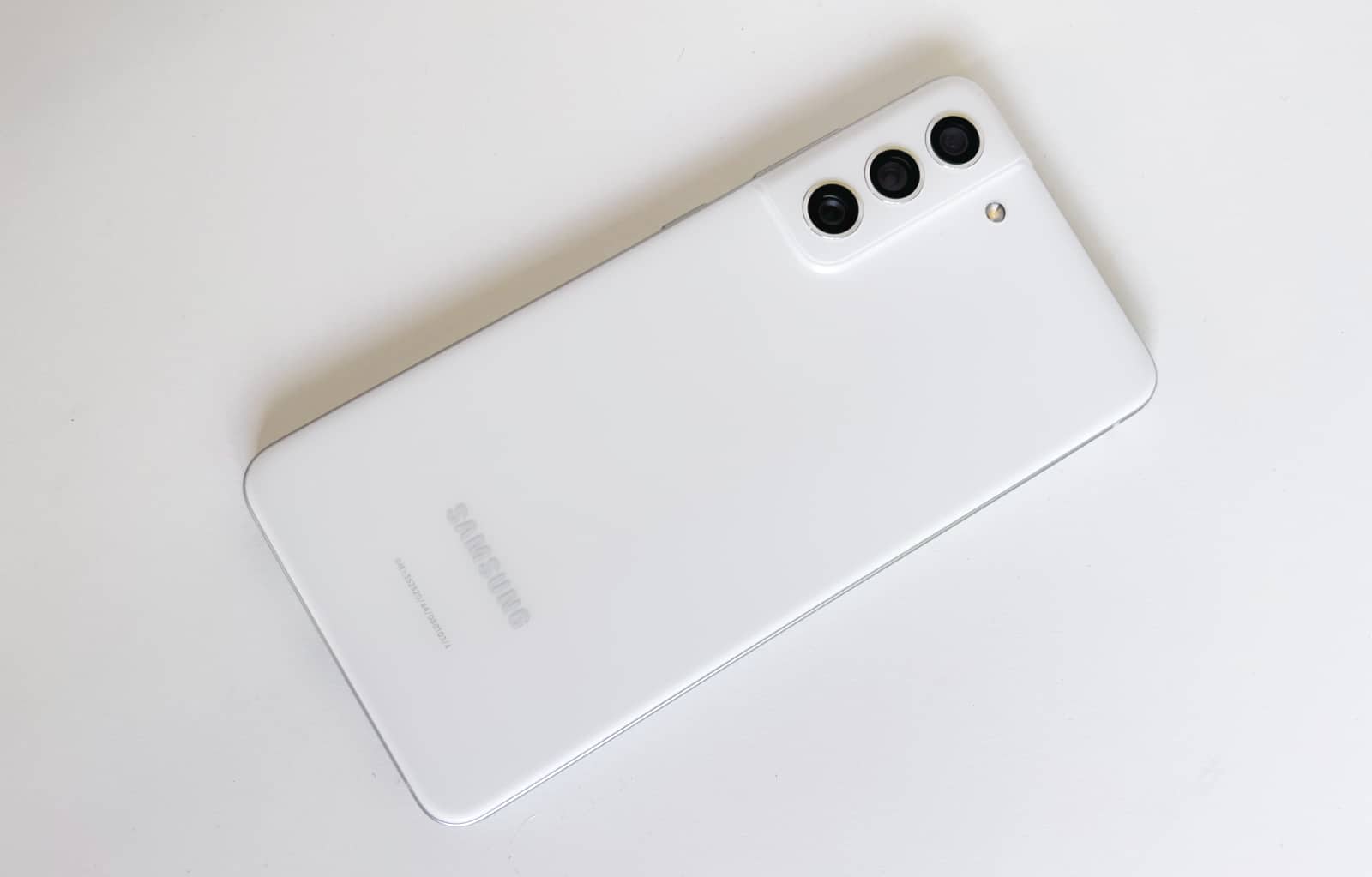 Inside, there are obvious similarities, hardly a surprise given that it’s a “Fan Edition” of last year’s S21, but there are also some changes.

For the similarities, you’ll find a Samsung Exynos 2100 chip on the Australia Galaxy S21 FE model, accompanying 8GB RAM and either 128GB or 256GB storage, whichever you end up buying. Google’s Android 12 arrives on the S21 FE out of the box, distinct from the S21 standard, which should have an upgrade now but arrived with Android 11 first.

It arrives with similar connectivity features, supporting 4G and 5G, plus Bluetooth 5, GPS, 802.11a/b/g/n/ac/ax WiFi 6, and Near-Field Communication (NFC), plus one physical port, the USB-C connection at the bottom of the phone.

The design is similar to the S21 standard, with an aluminium frame and a plastic back, distinct from the glass of the S21 Ultra, and it also includes the same traffic light configuration for the cameras, though there are changes there.

All of this sits under a 6.4 inch AMOLED screen running the Full HD+ resolution of 2340×1080, and supporting a 120Hz speed to make animations smooth and clear.

Samsung has also provided Corning’s scratch-resistant Gorilla Glass in the S21 FE and a 4500mAh battery inside, with support for both wired and wireless charging. The S21 FE is also water resistant, rated at IP68. 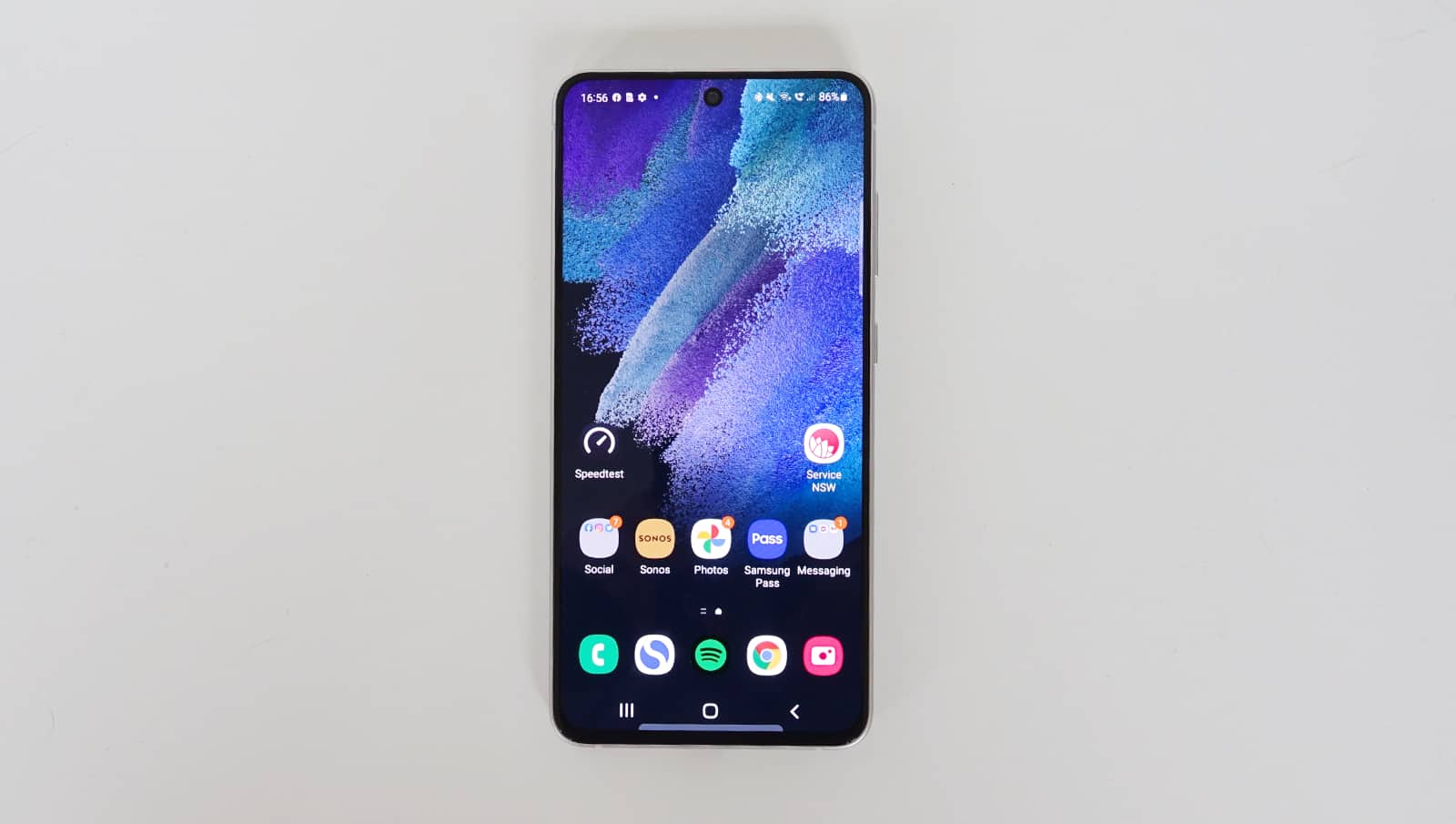 A variation on a theme we experienced a year ago, Samsung’s least expensive Galaxy S21 sports a comfortable 6.2 inch design you can easily grip, plus a version of Android that takes no effort to use.

Several generations in, Samsung’s use of its One UI overlay to Android is no longer a hinderance, and using the phone can be just as quick as using a Google one.

You’ll also find a couple of methods to unlock the phone, with a facial security system that is relatively solid, plus an in-screen fingerprint sensor that is about as reliable as the rest of them, which is to say it will work some of the time, and not the rest. Thankfully, if you have both your facial security working and your fingerprint, you kind of have the best of both worlds, and ideally one will kick in before you get frustrated with the other. 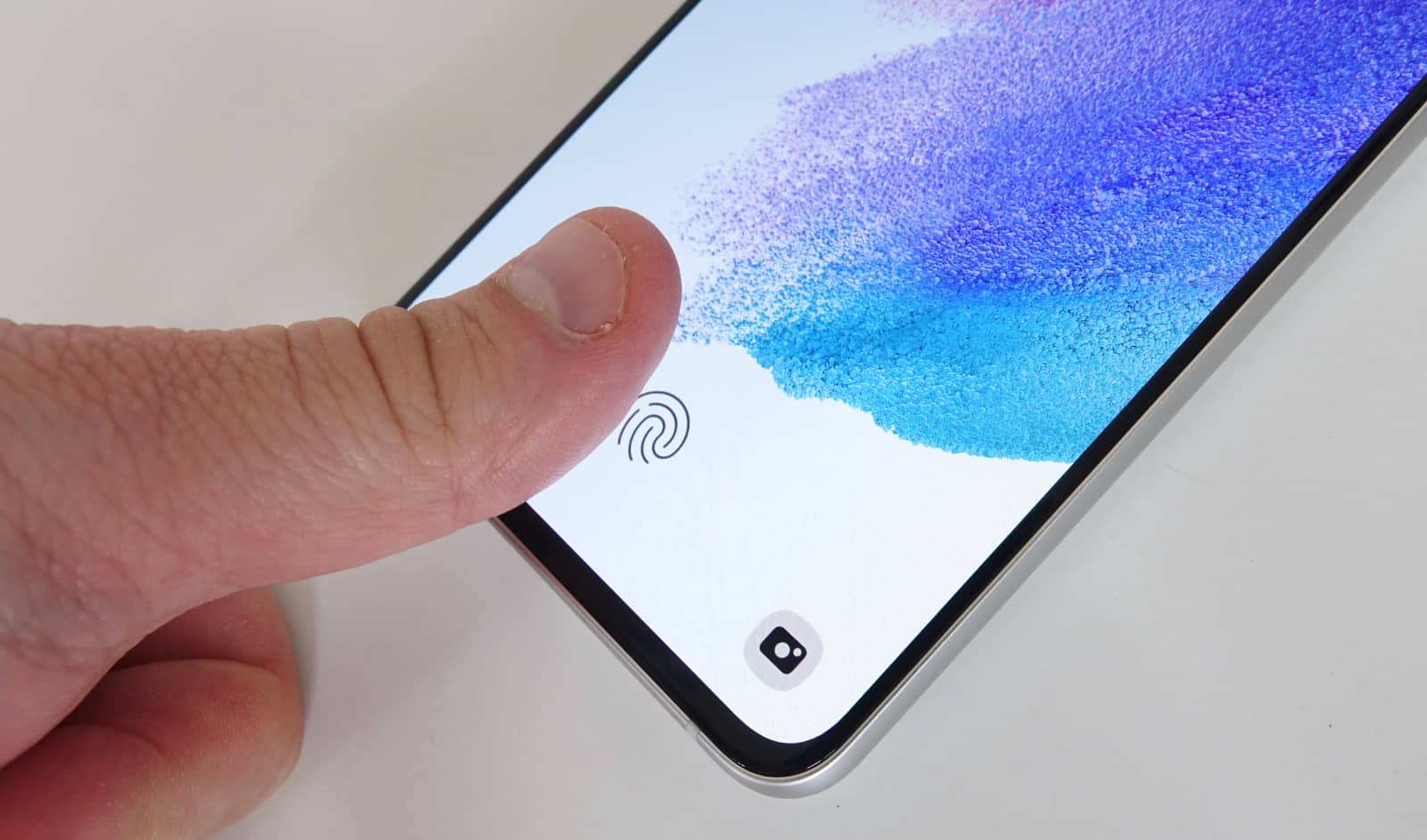 Once you start using the phone, you’ll find it performs quite well, with only a skerrick of lag at times, but not much overall.

A combination of 8GB RAM and the Exynos 2100 chip keep the system sharp, the same set of specs in the S21 the first time around, and you’ll find 5G here, as well.

Granted, we weren’t moving around as much as we once were — thanks, coronavirus — but we did find speeds of at least 180Mbps on offer on Telstra’s 5G network in Sydney, so you should see some speedy performance once you connect. 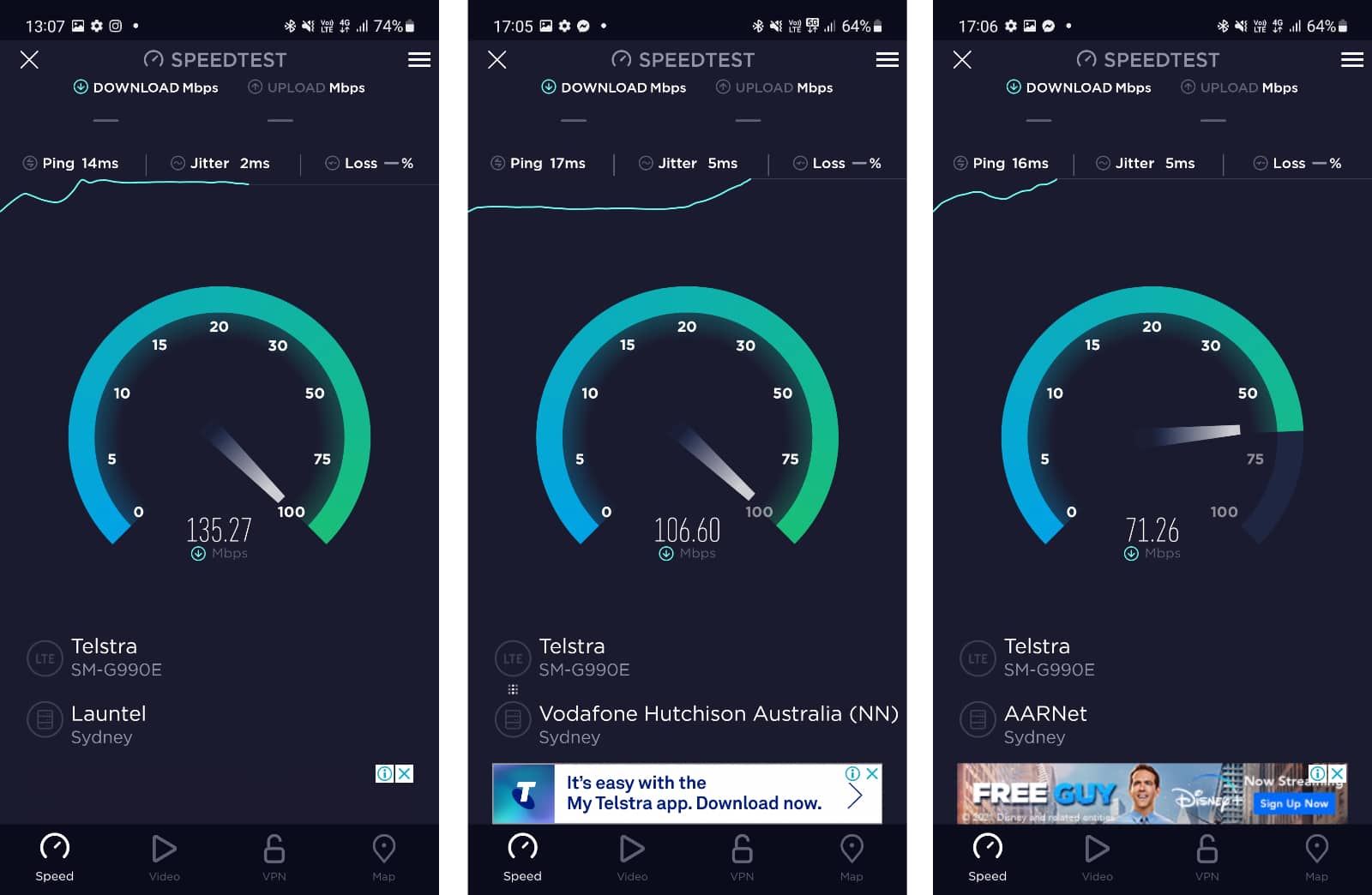 Next up are the cameras, and there’s an interesting assortment of those on the back, with something that isn’t quite what we’ve seen in the previous S21, but also something close.

Some of the original set up is here for the ride, however, with the same 12 megapixel modules for wide and ultra-wide, but then something new for the telephoto.

While the S21 regular didn’t quite use a standard 3X telephoto, it did give you a 64 megapixel sensor that could cut down the image quality and crop to get there, zooming using a sort of “hybrid optical” that gave you a sort-of zoom by cutting the image down to where the zoom would be. That’s distinct to what the S21 Ultra received, which was a 10 megapixel 3X camera and a 10 megapixel 10X camera alongside the 108 megapixel 1X and 12 megapixel 0.5X. 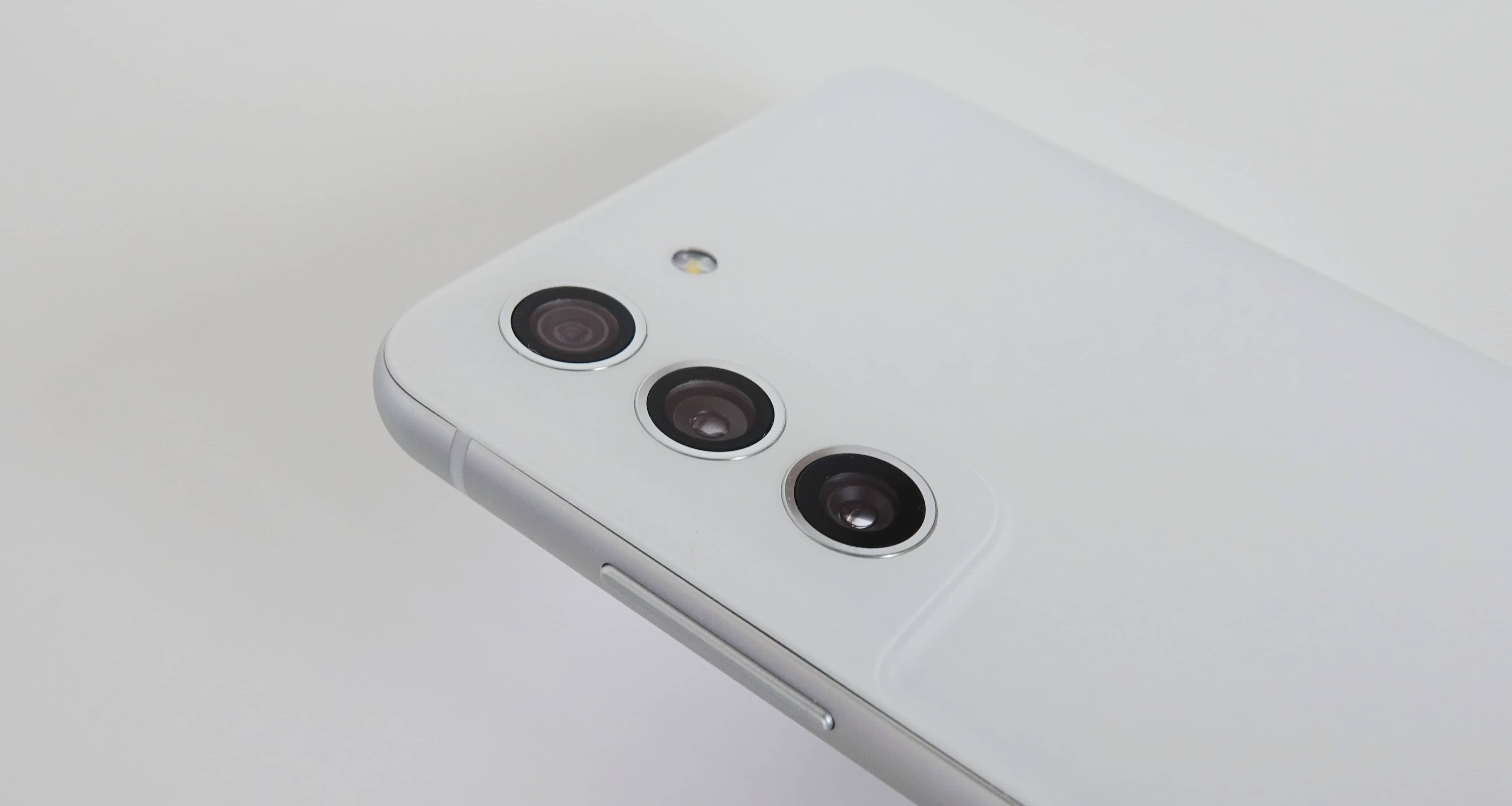 So in the FE, Samsung has basically found a middle ground: rather than opt for the good 3X 10 megapixel, and to avoid the 64 megapixel with cropping skills, it has a new sensor for 8 megapixel optical zoom.

The result is that you get the excellent wide camera, the acceptable ultra-wide, and then something for zoom that does the job, but isn’t necessarily the best in the business. You could also zoom in using Samsung’s digital “Space Zoom” if you choose, but frankly, we’ll stick to standard shots if we can.

And in those standard shots, images look clear and sharp in daylight, much like we experienced on the S21, while night shots aren’t bad, either.

At night, Samsung switches to a mode more like bracketing where multiple shots are blended together, and depending on how much available light there is, you may find some images seem a little blotchy, but for the most part, the quality is acceptable.

It’s a similar result on the 32 megapixel selfie camera, which is nice, but doesn’t deliver the sharpest images up close. It’ll be good enough for selfies on social, but don’t expect amazeballs imagery.

While the camera is okay, the battery is a little more on the meh side, delivering a maximum of a day, though it can hit the 24 hour mark.

Tested over the course of a week, we found our Australian S21 FE needed more of a nightly charge, which is about normal these days, but not exciting. If you need it to, the S21 FE battery can stretch a little further, capable of hitting 28 hours, provided you ease back on usage towards the end.

And with a starting price of $999, the S21 FE isn’t actually a bad proposition, including much of what makes the S21 great, but not the slightly higher price tag.

However, there’s still a problem, and it’s not one that has to do specs or design. Simply put, the problem with the S21 FE’s price is the timing of the release.

Released just before the launch of the Galaxy S22, it’s hard to find a reason to say “buy this phone” when the S21 before it will be cut down in price just as this model makes its way to store shelves. With the S22 due in March and the S21 already falling in price, the S21 FE may well be the cheap S21 option, but you could probably afford to add a little more to get better phones overall.

In almost every argument, the newer model will always win, but with the S22 replacing the S21, you can expect the standard S21 to fall in value, which means it could soon outpace the Fan Edition, making it harder to recommend. 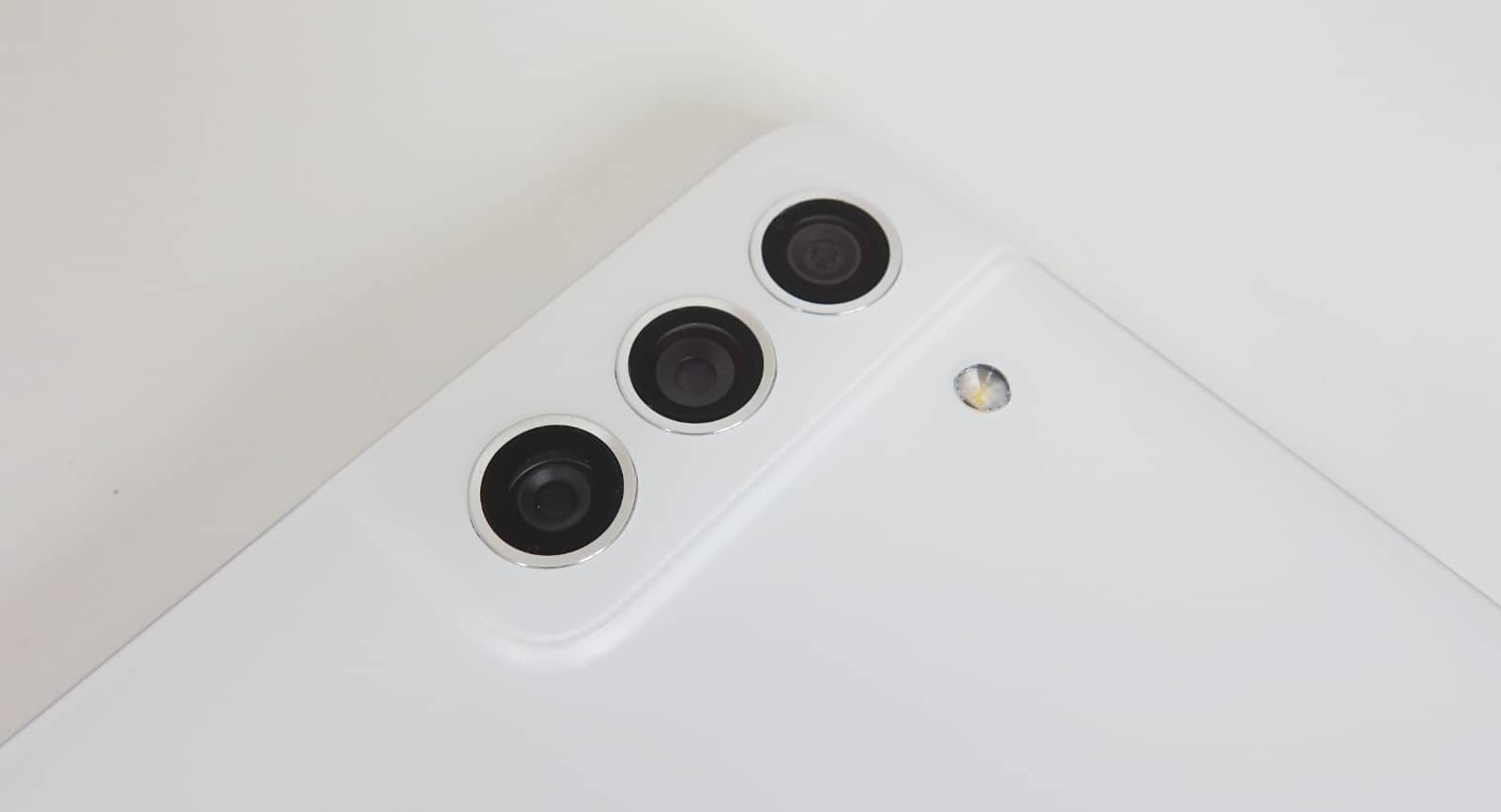 The timing is also a slight problem over in the camera, which can be a little slow to fire.

We clocked a half second to a good two seconds before the S21 FE camera would fire the shot, meaning images weren’t always timed quite how you might expect them. Sometimes the camera would fire totally fine, of course, and in a timely manner, and then other times… not so much.

That means you might get the shot, but you also might miss it, and we didn’t always find the focus to be top notch, either.

Even though the quality isn’t bad in the camera, timing just seems to be a problem. In fact, that may as well be a metaphor for the rest of the phone.

While the S21 FE is a totally acceptable phone, it’s one plagued by timing issues. Not just that the camera is slow and that the battery could be better, but timing in the release.

The Galaxy S21 FE should have come out last year. There’s no other way of saying it, because a release of something that is basically a rehash of the S21 just before the S22 arrives feels like a mistake.

Released last year — released just before the end of 2021 — and the S21 FE would have felt like an excellent compromise. A “fan edition” that keeps the cost down but the features up, with a few months to go until the new model. But on the verge of a new model, it’s less of a win.

In short, the S21 FE is an OK phone with poor timing, plagued by the strange window of release. As the S21 models fall in price and the S22 arrives, the previous generation makes more sense, and may even be found for less. 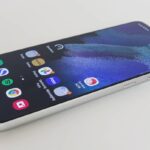