Speakers made for fun and entertainment are often bright and out there, but the LG XBoom 360 tries something different. Does it work?

Built for sound at home and about, the LG XBoom 360 isn’t totally out of kilter from the large and portable speakers we’re seeing more of lately.

Bigger than the both the Sonos Roam and Sonos Move, and flashy with lighting not unlike the BlueAnt X5, LG’s XBoom 360 is designed to grab attention while also offer some customisation of sorts, something you don’t always see in this style.

The design reminds us of Danish speakers, with a form vs function aesthetic that kind of exhibits both ideas at the same time. A cone-like speaker with a shelf for a glass fibre woofer to sit just under the titanium tweeter and lighting, it’s almost a more brazen style for something the Danish sound and design specialists of Bang & Olufsen would be game for, except with some colourful LEDs thrown in because parties are fun, too.

That European aesthetic is covered in fabric which helps make the speaker seem more like furniture, while the speaker design means it’s very much offering a 360 degree sound, complete with a bass duct at the very bottom, so you don’t look the low sounds, either.

Up top is a circular metal rod, and that’s there simply for ease of use, moving the speaker to and from places because this is a portable speaker. If you want to move the speaker around, make sure to unplug it and then carry it with the metal rod, letting you transport the nearly 6 kilogram speaker from place to place. 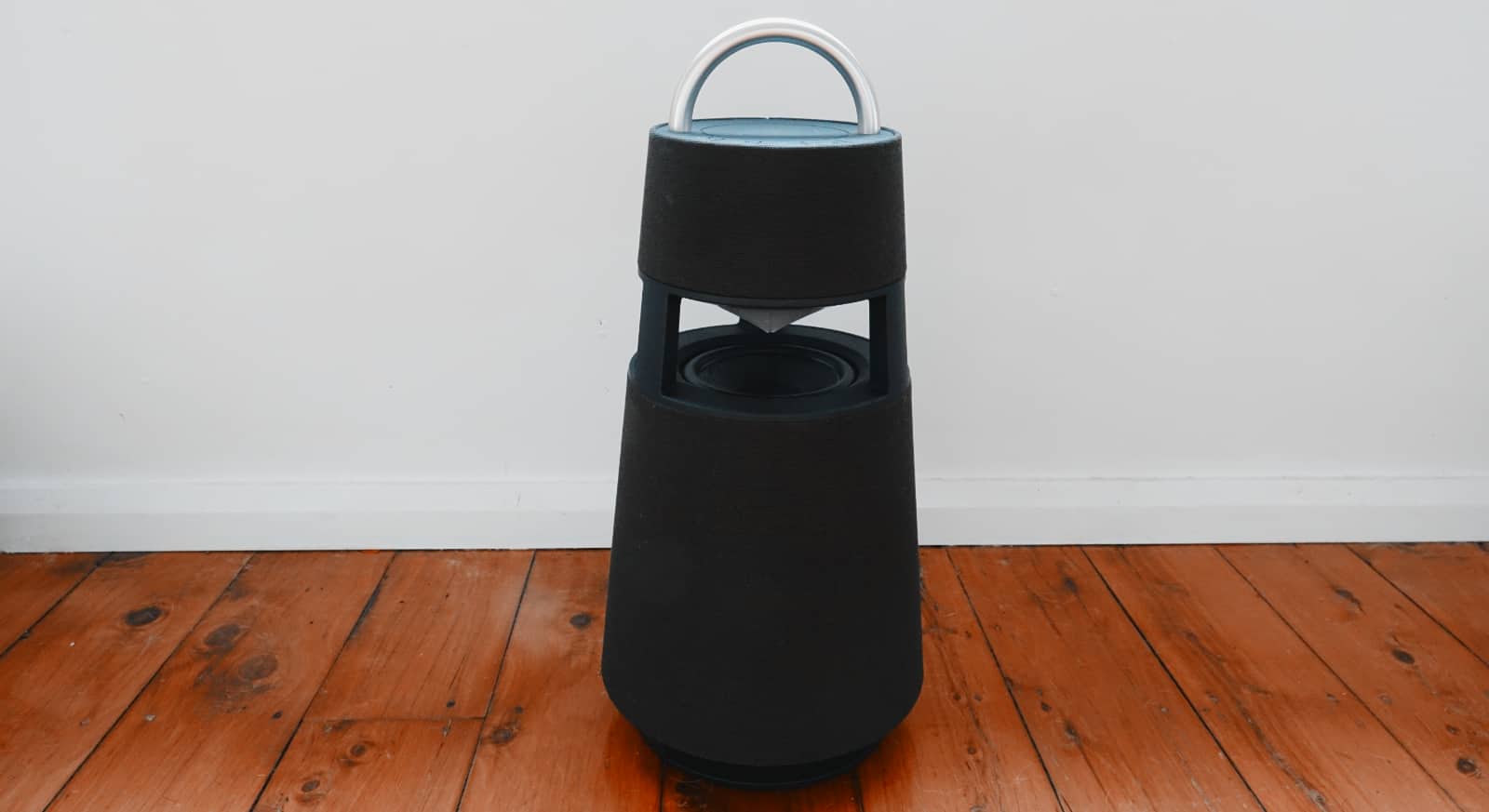 You’ll find a few ways to use the speaker, be it the more likely way with Bluetooth, or maybe using the 3.5mm auxiliary port if you need to. Bluetooth will be what most people rely on, because that’s the wireless world we live in, and for that, it’s all pretty easy.

Throw the speaker into pairing mode by holding the source button for a second while it sits on Bluetooth, and then pair it on your device’s settings screen. There’s also an app you can get, which will give you controls for lighting, equaliser, and even some DJ effects should you want them.

There are also playlist controls, even though your phone’s music player probably does that, plus some physical controls on the top of the XBoom speaker, which again your phone can do for you.

Mostly, we suspect you’ll use your phone to control everything, but LG has at least tried to offer some extra ways to use the speaker, even if voice assistants aren’t one of them. Braille is — the buttons have the markings to help people hard of vision — but no voice assistants, such as Amazon’s Alexa or the Google Assistant. 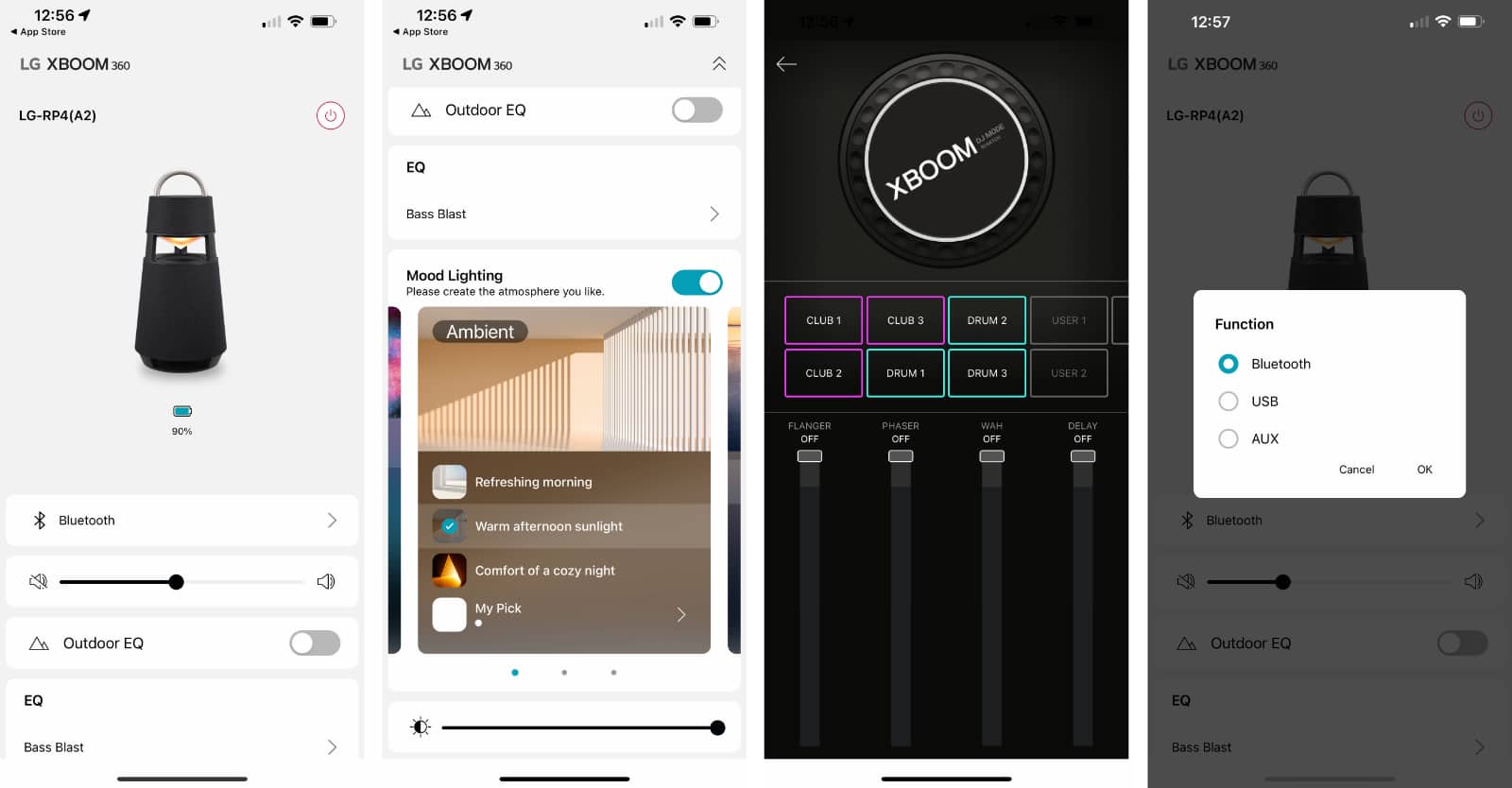 Not every speaker needs smart assistants, and the LG XBoom doesn’t try to be a smart speaker. Rather, it’s a speaker made for sound, evident from the size and design.

And tested with the Pickr Sound Test, which you can listen to for yourself, it definitely comes off that way, with a heap of volume on offer. Given the size, we’re not totally shocked, but it’s still fairly meaty all the same.

Starting with electronic, we heard a clear sound from Tycho and Daft Punk, with a mostly balanced quality, though the bass wasn’t as punchy as we’d liked.

It was a similar feeling moving into pop, with the sound of Carly Rae Jepsen’s “Cut To The Feeling” bringing the dynamic oomph with nice highs and mids, while the lows lacked the impact we expected unless the volume was up. It was the same with test tracks from Ariana Grande and Mark Ronson, which handles the sound well, but didn’t quite nail the balance at lower volumes.

About the only tracks which felt like the balance was more achievable came from songs lacking an overemphasised bass line already, older tracks such as Marvin Gaye’s “Ain’t No Mountain” or David Bowie’s “Starman”. The bass wasn’t necessarily as rounded overall as we typically like, but it didn’t feel removed in the way it did with modern tracks, at least not at our listening levels.

The lesson with this speaker appears to be don’t be shy: turn the volume up and the sound will be solid. Leave it down, and it may be markedly less so. 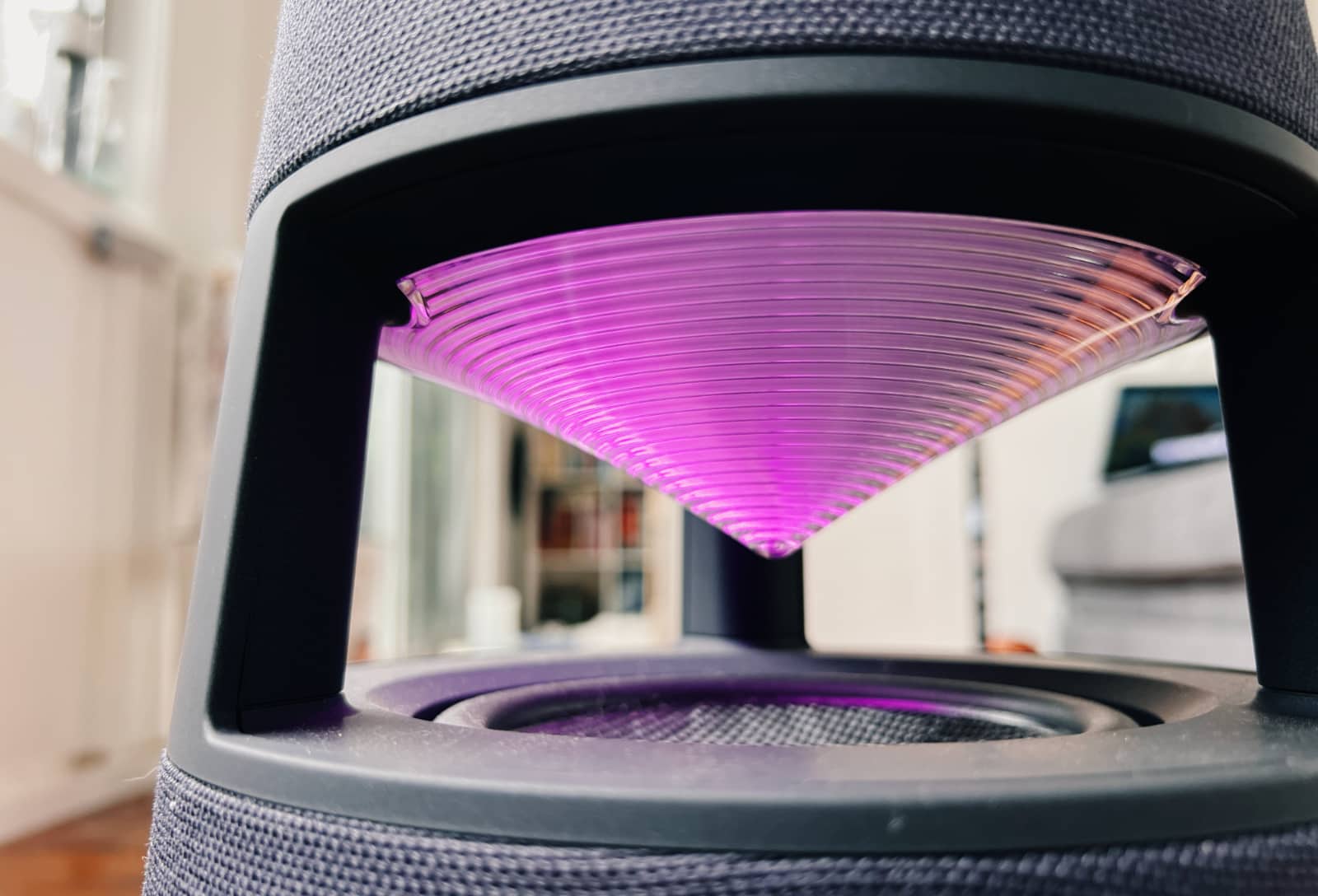 Interestingly, the XBoom 360 is a battery-based speaker.

You probably wouldn’t realise by looking at it, because the size and design suggest it’s the sort of thing you’d have to leave plugged in, and yet that’s not the case. LG allows you to do both, opting for either a figure-eight power cable or taking it to go, which is kind of what that metal handle is for up top.

Grab the XBoom by the handle and you can take it out with you, and there’s even a setting in the app for customising the equaliser for going outside.

You can find as much as 10 hours of battery life on the XBoom, though you’ll probably get closer to 8 depending on the volume you project at. That’s not terrible, but charging the speaker is, needing several hours to get the speaker to full.

We’re talking around five hours that’s needed, with the four hour mark seeing us through to 90 percent, pushing our attention span needlessly.

The problem for us is ratios: if a good four or five hours of charging managed to deliver 20 to 30 hours, we’d be happy as clams. With only a maximum of twice the amount in the LG XBoom 360, it hardly seems worth charging this speaker to take it to go.

At least the price feels right, with LG pitching just a little over $500 locally, as the XBoom 360 costs $569 in Australia.

Given you’re getting a large and powerful speaker with lights, sound, and a hint of portability, plus a design that almost feels like it delivers a Danish take interpreted through LG’s optics, $570 seems like a pretty good value all round.

LG’s efforts in party speakers aren’t as well known as Sony’s, but you can see the vibe it’s going for here: party with a little bit of class. The XBoom’s design is really reminiscent of something Bang & Olufsen might have tried had it ever want to enter portable sound in a big way, with a crevice offering light in a neat looking cone speaker.

What LG has made is definitely slick, but the design isn’t perfect, and doesn’t really at all suited to being the “portable wireless Bluetooth speaker” LG’s own marketing pitches it as.

Take the fuzzy fabric exterior, which picks up on dust and hair so easily, and feels like it would be a pain to clean if you took it outside, not that you should.

Even though the XBoom 360 supports an outdoor EQ setting in the app, it actually lacks an IP rating, and really any form of water resistance. LG’s approach for this as an outside speaker seems to be more for a table or chair at a quaint dinner party, rather than at the beach or by the pool. Frankly, we’re not even sure the dinner party is a suitable place, since the lack of a water resistance rating makes us hesitant that the XBoom 360 would survive, well, anything.

It’s very different from say the BlueAnt X5, which vies for a similar style of buyer, but does include water resistance and a battery to make the whole thing easier to take with you.

That nearly weight also doesn’t help, tipping the scales at 5.8kg, which is one of the heaviest “portable” speakers we’ve ever wanted to take somewhere.

In short, the portable approach feels a little half-hearted, as does the app, which supports features on iOS and Android, but doesn’t work very well on the former, more on the latter. 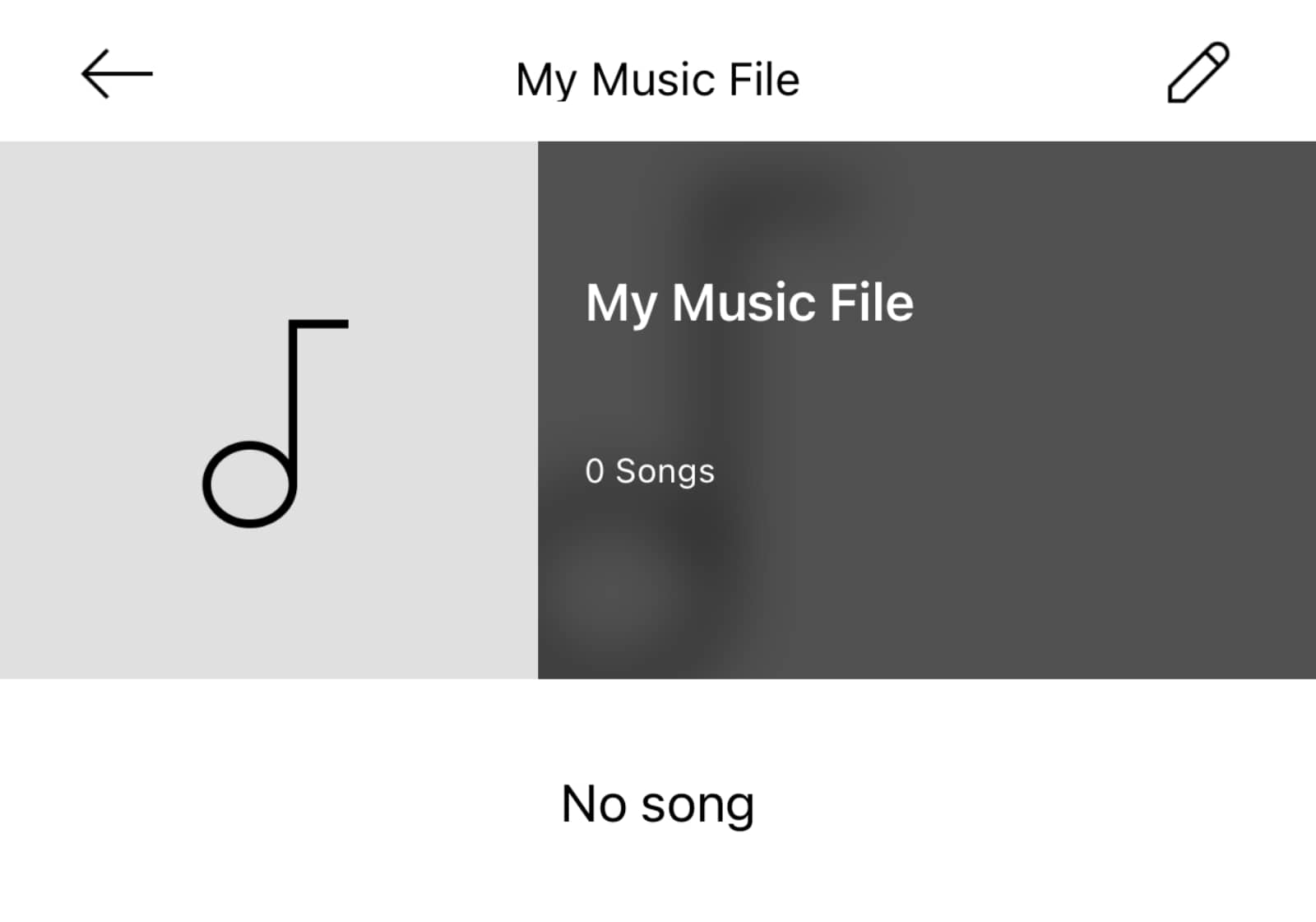 With an iPhone, your music selections and playlists can’t be found in the app like it can on Android, and the app mightn’t even connect with the speaker at all. When it does work, you’ll find an equaliser, lighting control, and some settings for effects and such, but there’s no guarantee it will work. In our tests, you had about a fifty-fifty chance.

Even on Android, we found Bluetooth problems at times. As it was, there was no guarantee that the physical controls on the top of the XBOOM were going to work. There was also no guarantee the app would connect on Android, even when the phone was connected over Bluetooth, pointing out the weird connection issues the XBOOM suffered from.

Which leads us to the speaker’s problem: it feels unfinished, as if LG knew what it wanted to do, and designed something clever and modern, but forgot to finish the software and just shipped it as is. That happens to some manufacturers and products, and we’ve seen it before, particularly when games and apps are big-ridden messes. 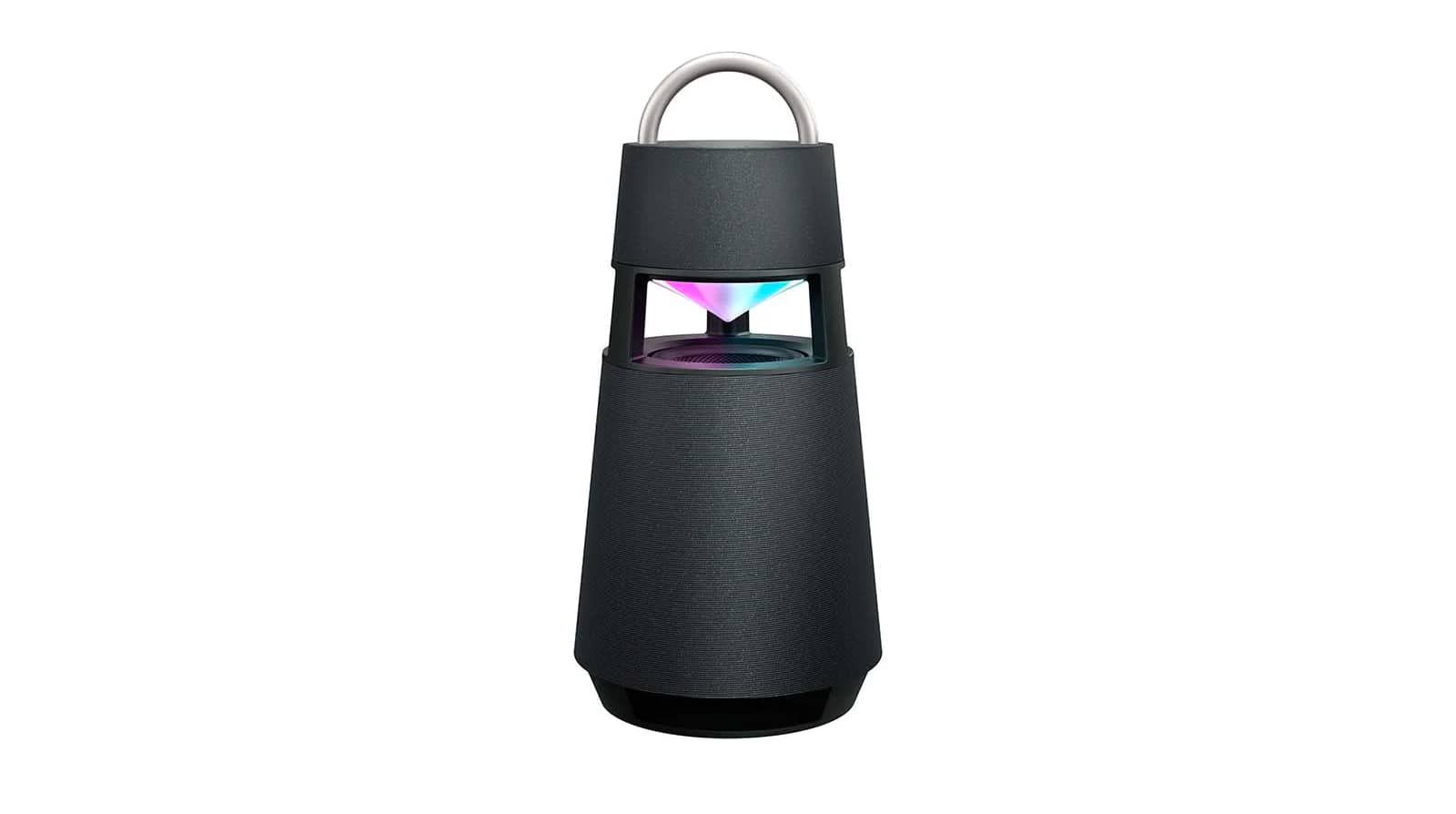 A curious concept, LG’s XBoom X360 delivers a speaker that feels unlike what we’ve come to expect from LG’s audio efforts.

Omnidirectional and capable of delivering a lot of volume, the style and battery help make it stand out, as do the cute DJ features.

Unfortunately, it has some issues, with a lack of water resistance and durability, despite being a portable speaker, not to mention connection issues and the need to tweak that bass.

In short, the LG XBoom 360 is neat but needs work, though we’re excited to see version two. The bones of something really cool and creative are definitely here, now we just need to see LG iron out the rest. 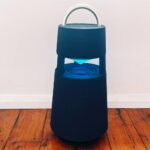 LG XBoom 360
Features
Design
Performance
Ease of use
Battery
Value
The good
Loud
Swanky looking design not out of kilter with European speakers
Lighting choices makes for a party DJ-inspired app control with effects and "scratching" sounds
A good 10 hours of battery life
The not-so-good
Size makes it not as portable as you might hope
Fabric exterior picks up on dust and hair so easily
Can be used outside, but lacks water resistance and an IP rating
App isn't completely useful, missing out on music loading unless the files are physically on your device
Doesn't always connect easily to the spealer
Top controls don't always work
Battery takes hours to charge
No smart assistant functionality
3.5