Wish you had a camera that looked old but felt new? The Fujifilm X-T30 II revives the good ol’ days, and is damn near perfect.

Made to look old but coming with the heart of something new, the Fujifilm X-T30 II arrives not with film, but with a sensor half the size of a full-frame model, opting for the APS-C size, which helps to keep it compact.

You’ll find a 26.1 megapixel sensor X-Trans CMOS sensor under the hood, while the colour and image processing handled by Fujifilm’s X-Processor 4.

Taking Fujifilm’s X lenses, the second edition of the X-T30 is a fairly compact mirrorless camera taking a single SD/SDHC/SDXC card, able to capture that 26 megapixel shot or 4K video, whichever you want because both are supported.

Manual modes are also found here alongside automatic modes, with options for programmable modes and continuous capture modes, too. 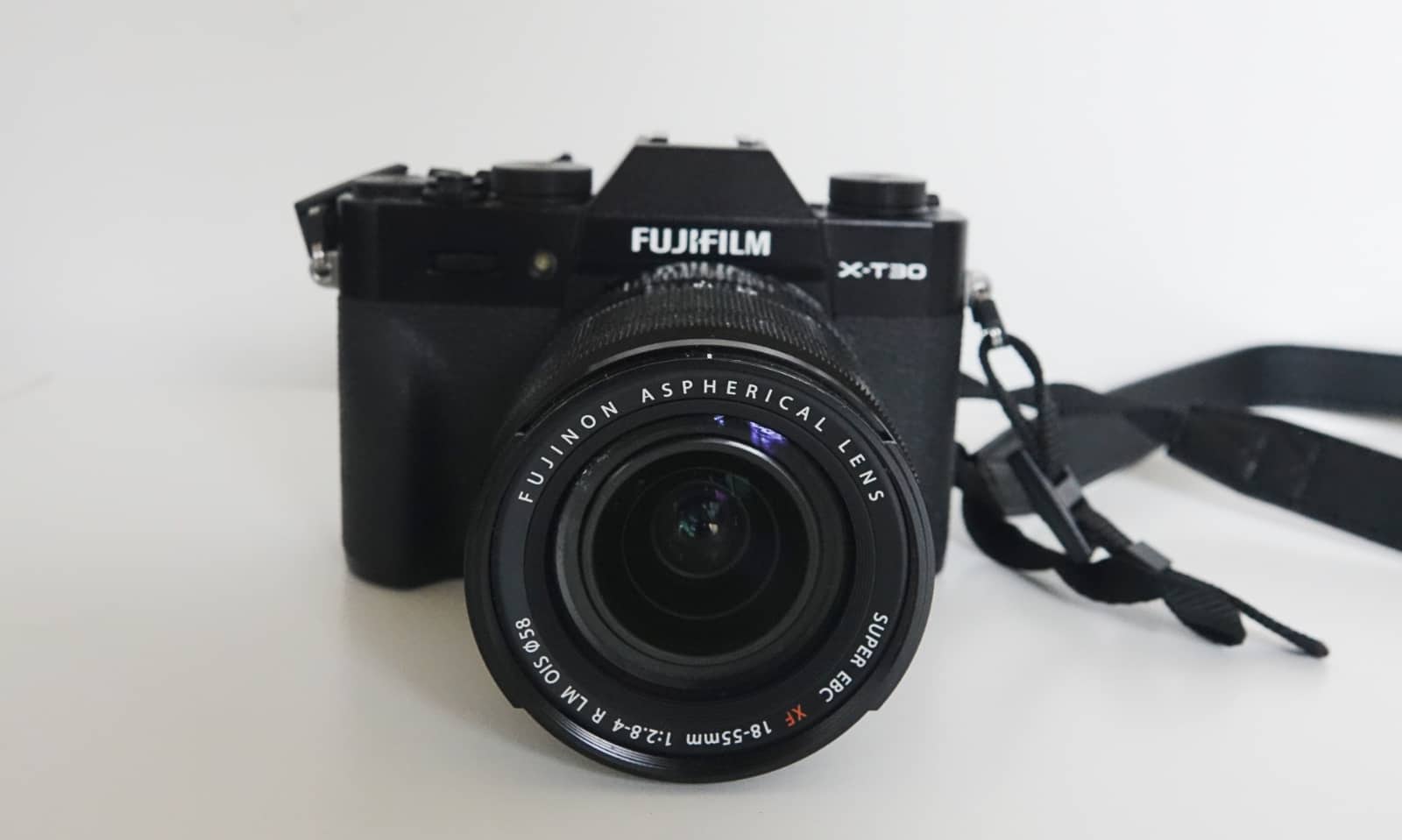 There’s a 3 inch touchscreen LCD on the back with a big of control, plus a small OLED viewfinder at the back for pressing your eye against, as well.

And there’s even an app you can use, with Bluetooth and WiFi connectivity found in the X-T30 II, catering for both remote capture and image transfers. 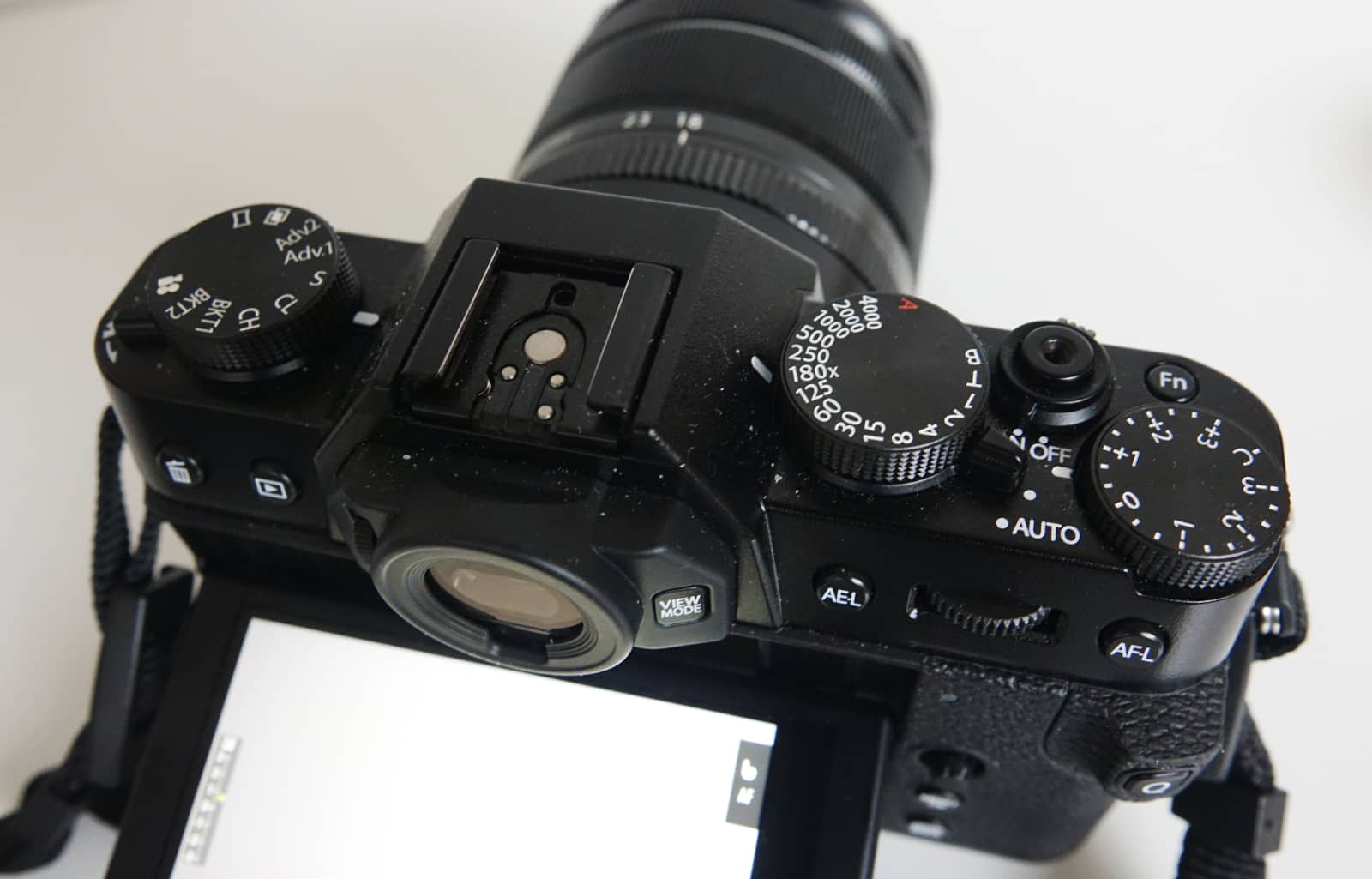 Beyond the app control, there’s the actual physical controls, which are manual and built to resemble something a little older than you might expect.

Built like an old school film camera, Fujifilm’s X-T30 II comes with a variety of dials and controls that makes it look like a piece of yesteryear, but with those features and hardware to make it a modern day camera.

It’s the best of both worlds, classic and new, with an exposure dial, a shutter speed dial, individual dials on the front and back for controlling other features, plus a mode selector on the left. We’re reminded of cameras by Leica here, and even Nikon’s Z Fc, which feels very similar, albeit the Nikon equivalent of what Fuji has crafted here.

Some of the technical prowess under the hood is quite helpful, with the autofocus responding very quickly, while the facial tracking is handy, as well.

Images captured on the X-T30 II are quite lovely, offering some clear images day and night, provided you know what to do with the lenses you have.

Fujifilm supplied us with the 18-55mm F2.8-4 and an 80mm macro F2.8 for our X-T30 II review, and we found some beautifully sharp images out of the camera, whether we were capturing macros of flora or portraits of family.

Details were solid at the 100 percent mark and looked great close up, while subjects also looked lovely zoomed out on the screen and back on the computer.

Much like other decent cameras modelled on a manual model, the Fujifilm X-T30 2 can deliver some delicious images if you know what you’re doing, holding that camera right and making the lenses work for you, while also giving you a taste of film options, as well.

Echoing Fujifilm’s film history, you’ll find film simulation modes emulating the company’s backlog of media, with Provia colour, vivid Velvia, and Across black and white, to name a few. There are 18 modes here including the various colour filtrations you can drop in over it, providing a little more than mere art modes, but something that works like you might have once worked with in a darkroom.

It’s a great inclusion, and one that means you can get a little more creative with a film-like mode.

Whatever you capture, you’ll find a battery capable of. Good 300 shots or so, an amount which seems about the norm for cameras of this size.

That’s not a bad amount, though don’t expect it to last a long day of capturing, so you might want to grab an extra for the road, or even bring a USB Type C power pack, because that’s support by the second X-T30, as well.

Simply put, if you have a recent laptop or phone, maybe a MacBook Air or Samsung Galaxy S22+, you have a USB Type C charger, and that should have enough power to give the Fujifilm X-T30 a boost and recharge its battery, letting you leave the external recharge brick aside, in one of our favourite modern camera features.

One of the other features we love about the X-T30 2 is the included on-board flash, which sits up top under what would normally be the location of the pentaprism.

This is, of course, a mirrorless camera, and so lacks the mirror needed for the pentaprism, but Fujifilm hasn’t left it as a form of decoration, like it is on competitor cameras. Rather, there’s a flash underneath, giving you a little more night-time control than you’d get on competitor models, and meaning you mightn’t need to buy an external flash.

For the price, we’d say that is about on average with competitors, getting close to the Nikon Z Fc, which feels like what the Fujifilm X-T30 II is meant to compete with most of all.

Fujifilm wins out slightly, though, with the inclusion of a bigger camera sensor and the addition of the aforementioned flash, helping to round out the features and make this camera stand out even more. 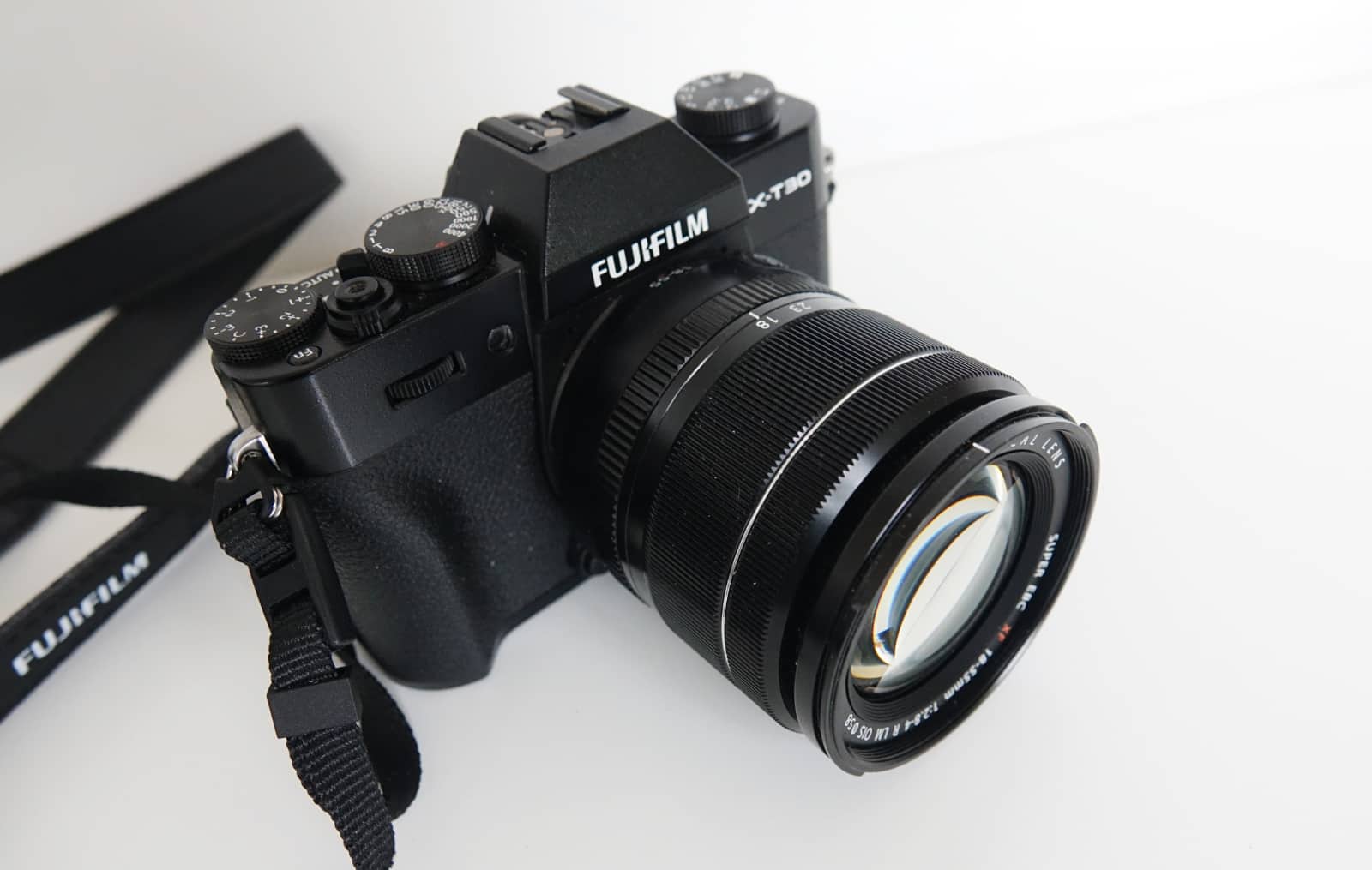 The funny thing about the new X-T30 is just how good it is, and how little work it needs.

While it lacks weather sealing, that sort of feature isn’t really expected in a sub-$2K camera, so it missing in action isn’t a deal breaker in the slightest.

About our only quibble with the X-T30 II was the SD card position, which is located in the old school position of under the camera where the battery is locked under. It’s minor, though we prefer it on the side for easy access, making it a simple switcheroo if we want a different card in place, while this requires a little more effort.

As we said, it’s a minor complaint, but a complaint all the same. 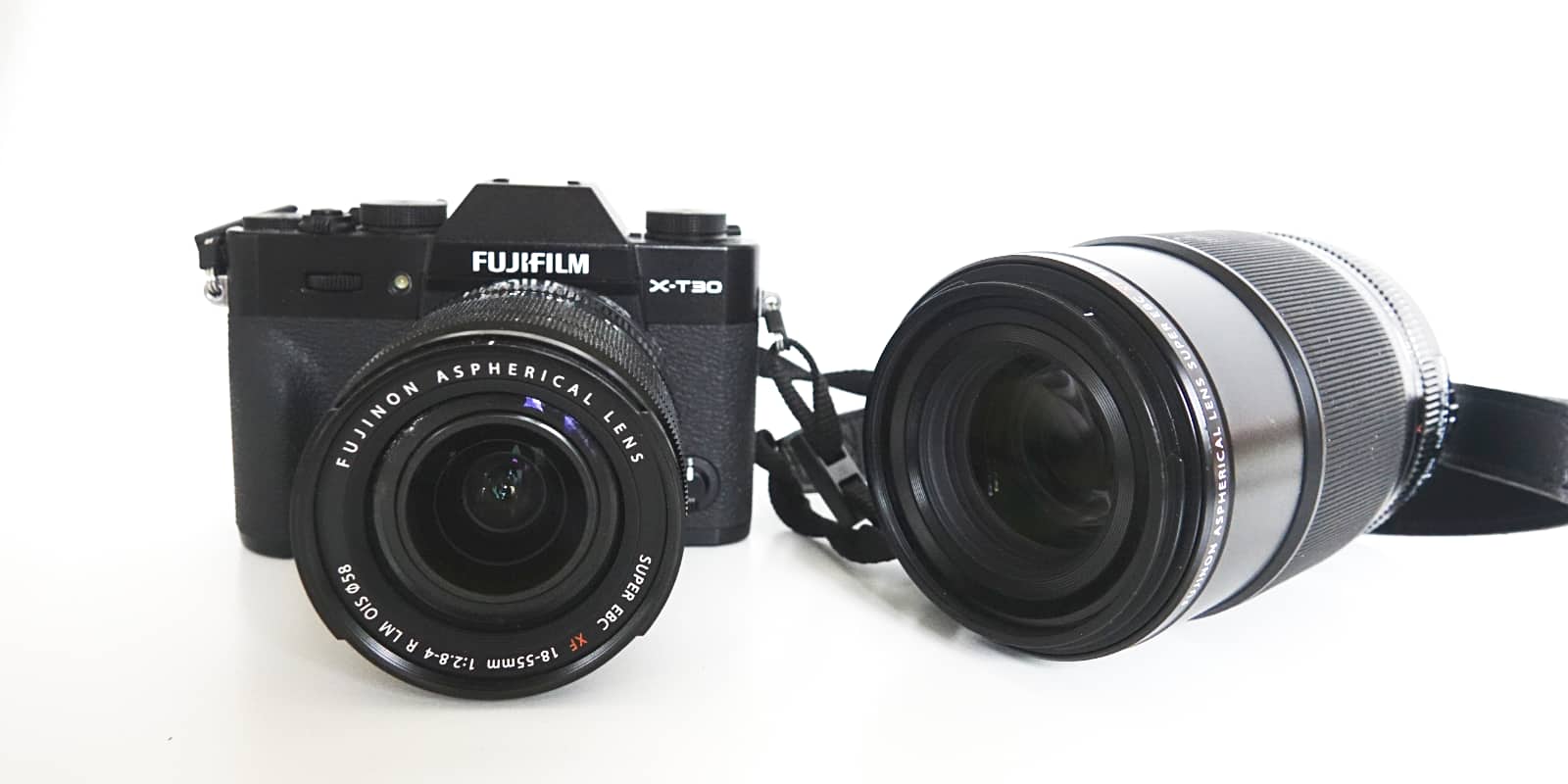 The thing about the Fujifilm X-T30 II is that it draws practically zero complaints, especially for the price.

This is a camera that looks great, feels great, and takes great photos, as well. You can even capture 4K video with it, giving you quite a bit of versatility in a compact and cool camera. It is the best of both worlds, old and new.

While the X-T30 II isn’t quite a Leica, it’s a great start to owning a camera kind of like one. It’s an old school camera that delivers in just about every way, satisfying your wallet alongside. Highly recommended. 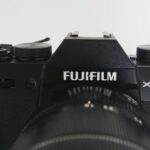