High speed is hitting wallet-friendly prices in 2021, and TCL is ready with something there, offering the TCL 20 5G, a $500 5G phone with most of the fix-ins.

You don’t need to spend an arm or a leg for anything these days, as prices fall considerably.

Need an inexpensive TV? You can find 4K without needing to open the wallet too much these days. What about a speaker or a pair of headphones? There are cheap options there, too.

And it’s the same with phones, with plenty of options ranging from $200 to $600 found across the country. While you might think the budget models cover the older mobile technologies only, there’s actually quite a bit trickling into the mid-range these days, and one of those things is 5G.

It’s still a big feature for the high-end, appearing in devices like the Samsung Galaxy S21 and the Apple iPhone 12, but it’s also in phones that are much, much less expensive, and TCL has one of those this year. 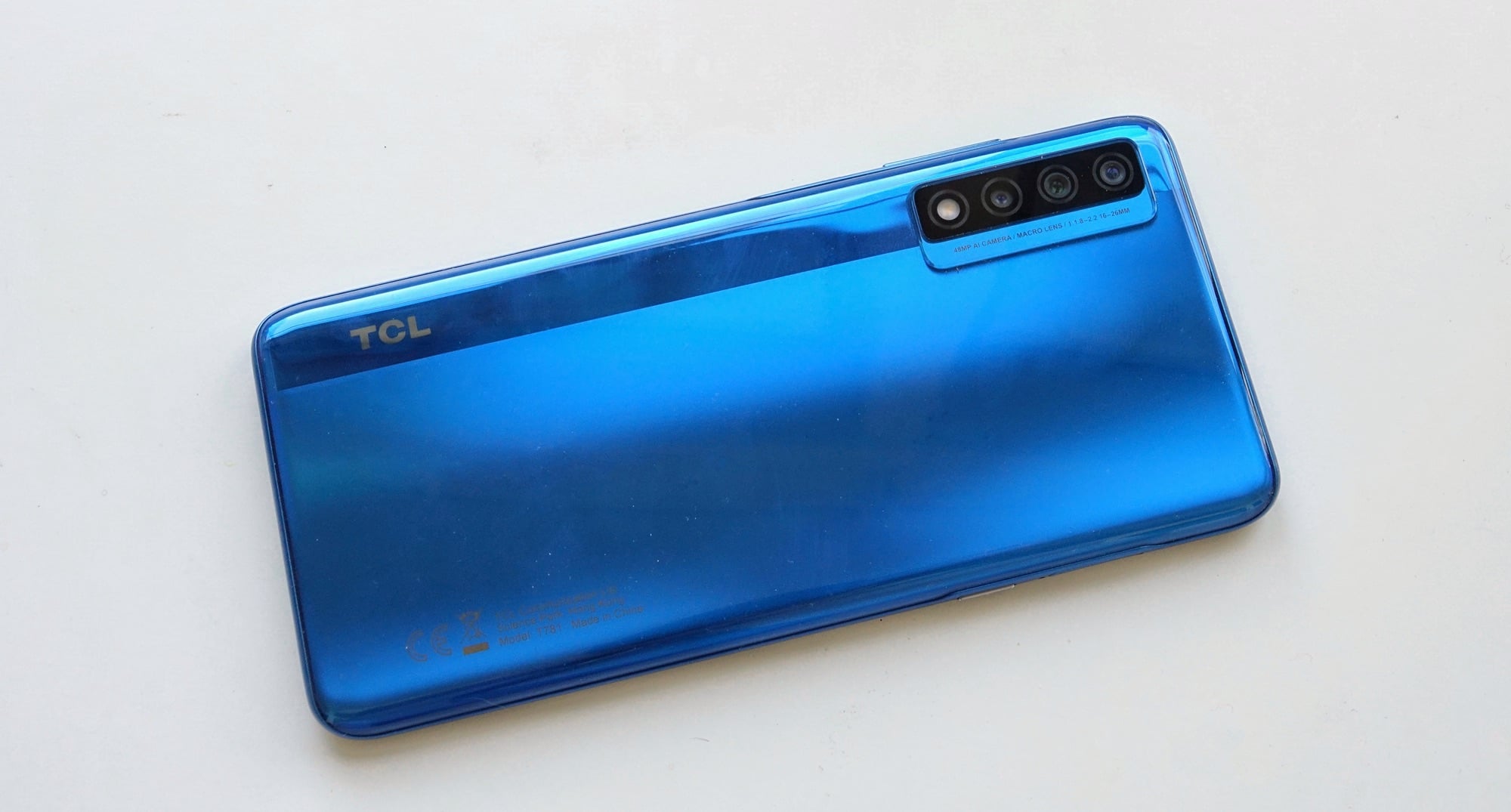 Plastic rather than glass, the TCL 20 5G may well aim for value with 5G tech at a 4G price, but it doesn’t get the design quality you often find with phones sporting that tech.

It’s a colourful plastic and shiny plastic, but it’s also a plastic feeling phone that looks like glass yet isn’t quite there.

Glasstic phones like this are common enough these days, and TCL’s 20 5G doesn’t exactly break new ground in design, offering a big screen atop this plastic back, with a pinhole “dotch” camera that sits in the 6.67 inch Full HD+ touchscreen display at the top. 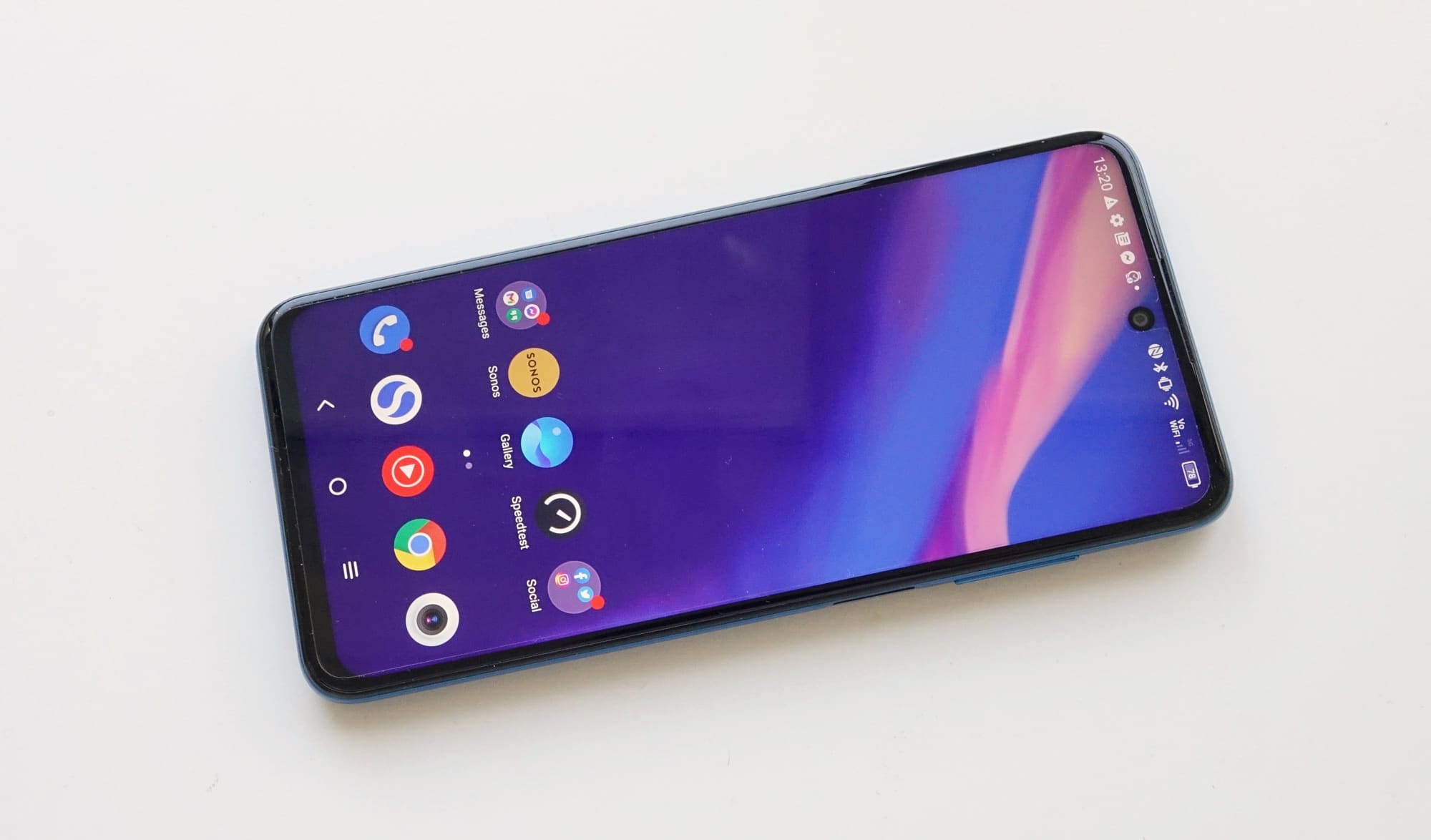 Under that screen, TCL has opted for the Qualcomm Snadragon 690 processor, a chipset we saw announced last year that was expected to deliver 5G to more budgets, and really aims to do so here. It’s paired with 6GB RAM in the TCL 20 5G, and a choice of either 128GB or 256GB depending on the model you buy, either of which can be upgraded using a microSD slot. For our TCL 20 5G review, we had the 128GB, also know by its model number T781H.

Regardless of which model you pick you’ll find Android 10 on the phone out of the box with a TCL interface sitting on top.

You’ll find three cameras on the back of the phone, with a 48 megapixel main standard wide camera with F1.8, an 8 megapixel ultra-wide camera set to F2.2, and a 2 megapixel macro camera for F2.4, with support for 4K video capture on that main camera. On the front, there’s an 8 megapixel F2.0 camera capable of capturing Full HD 1080p. 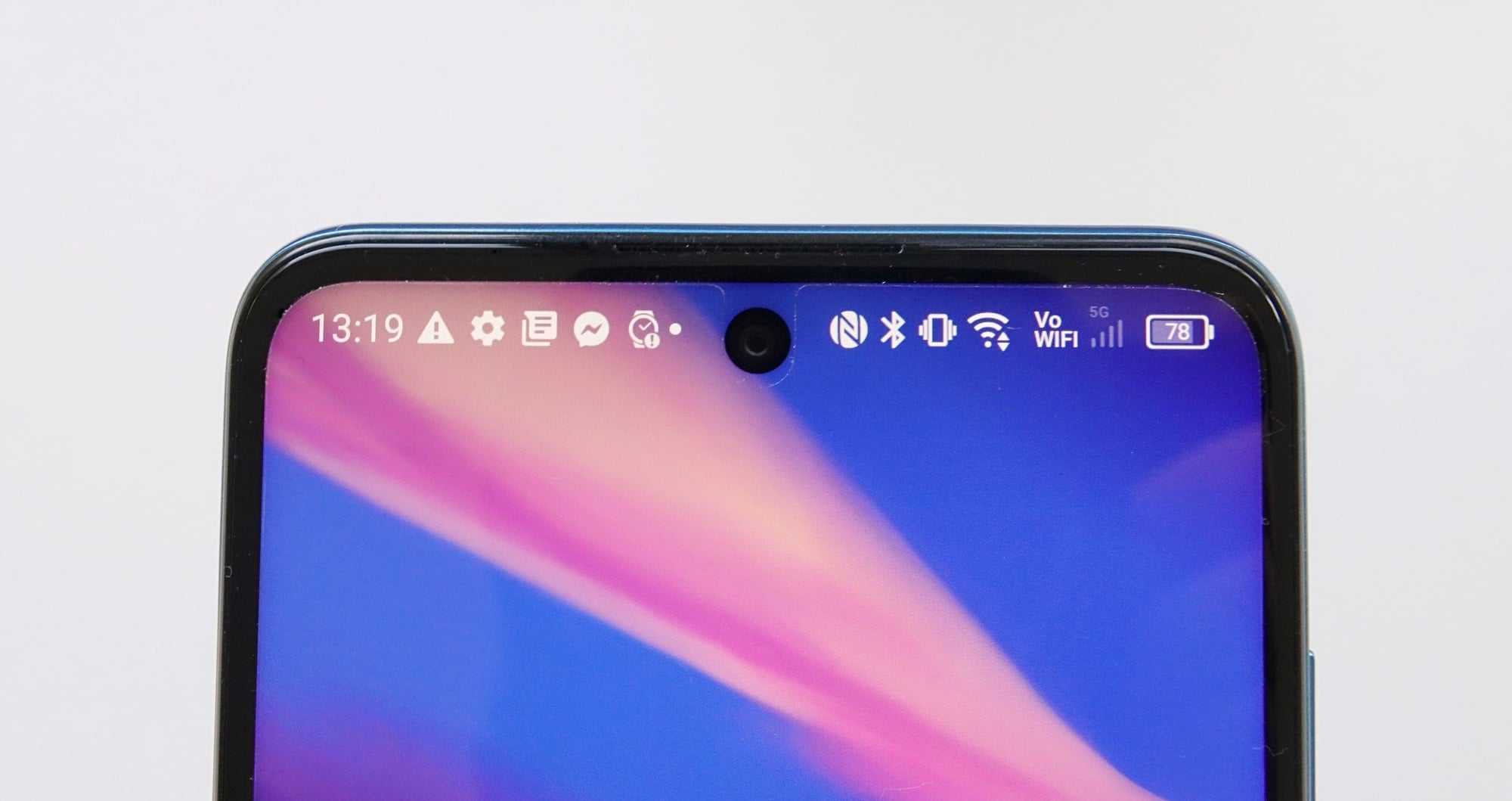 Connections are fairly friendly, with support for 802.11a/b/g/n/ac Wifi, Bluetooth 5, 4G and 5G, and Type C USB connectivity for charging and data. In a nice change, the TCL 20 5G includes a 3.5mm headset jack at the very top of the phone. There’s also support for GPS here as well as Near-Field Communication (NFC), making it compatible with Google Pay mobile payment.

The TCL 20 5G includes a fingerprint sensor on the right side of the phone, working underneath the power button, near a volume rocker. Meanwhile the left side houses a button specifically for the Google Assistant.

It all sits in a body sporting a 4500mAh battery, encased in a phone that supports an 18W quick charge from Qualcomm. 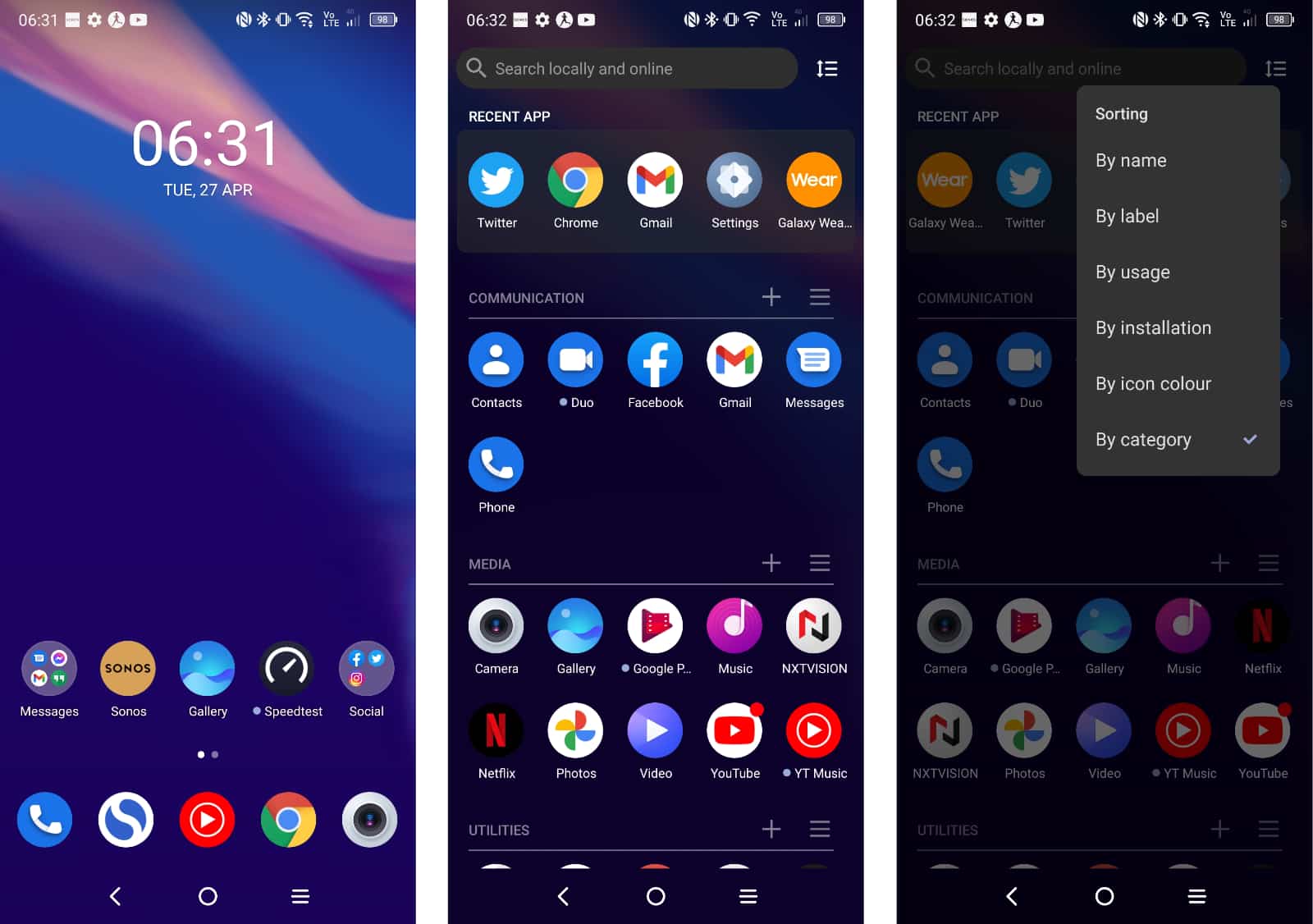 Out of the box and in your hands, the TCL 20 5G offers an Android experience that might look clean at first, but delivers something a little unexpected.

Like any other Android experience, you’ll find widgetised home screens with an app drawer, though the app drawer is more categorised than we’re used to, setting up for categories based on app type, install date, and so on.

It’s not the best Android flavour we’ve seen, but fortunately, the only major changes are things you could decide on yourself with a different launcher flavour.

At least the fingerprint sensor is found on the right side of the phone, making for one of the easier unlock processes, which is fast and simple. It’s a far sight better than the in-screen fingerprint sensors we’re used to seeing, and when combined with the included on-screen facial security unlock, results in an easy to use phone unlocking experience. 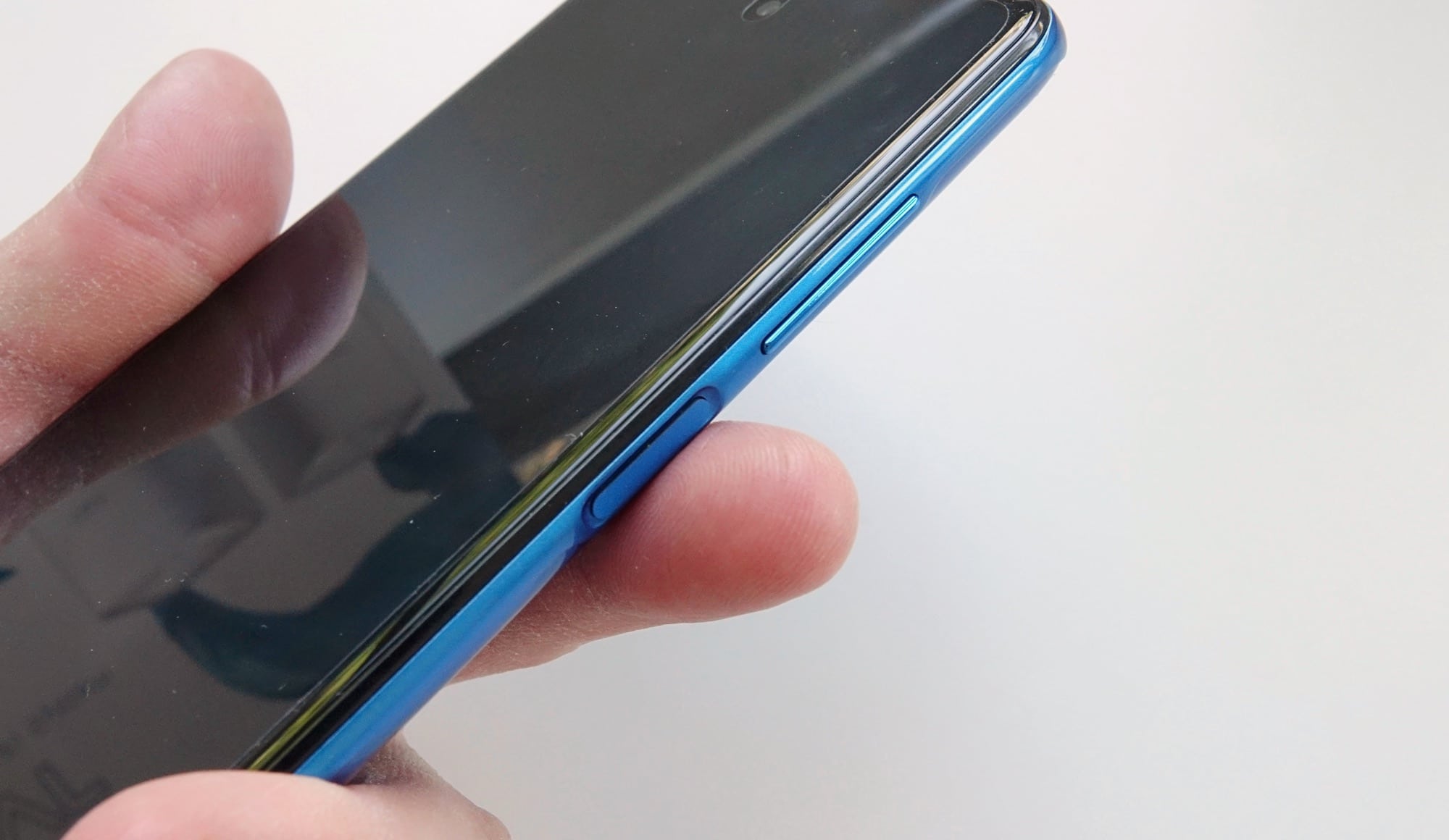 While the Android experience is a little different, the performance is acceptable, with only a little bit of lag, offering otherwise decent multitasking performance as you jump from app to app.

Granted, Qualcomm’s mid-range 690 chipset isn’t a high-end chip, and you shouldn’t expect it to power through graphics in games, but it does okay, and delivers enough of the performance people would yearn for.

But while the Snapdragon 690 handled itself better than we expected, the 5G component struggled to hold onto connections, or even deliver speeds worthy of what “5G” can do.

While we were able to hit solid speeds as high as 395Mbps, staying connected to 5G wasn’t as reliable on the TCL 20 5G as we liked. 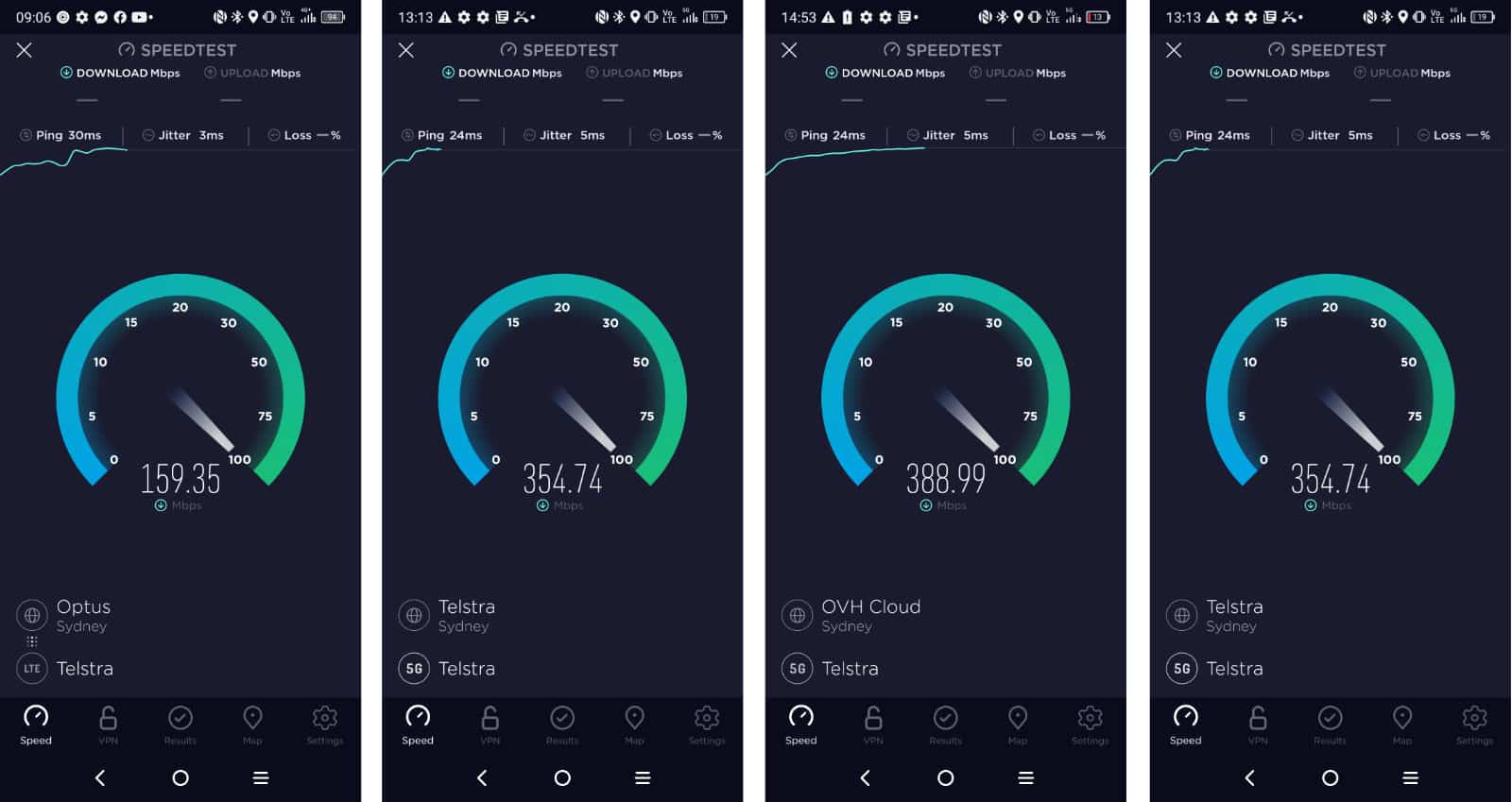 On the whole, 5G tends to be limited to the temperamental nature of mobile networks, so your experience may vary wildly to ours, but we had the TCL 20 5G seemingly appear connected while simultaneously offering no connection at two distinctly different times in two different stretches of transport. One was walking while the other was on a train, and rather than appear like the parts of town were having problems, the TCL 20 5G insisted there was a slow connection — HSDPA — and yet didn’t deliver any internet.

In fact, for much of the time we used the phone, it stay connected at 3G’s HSDPA connection, rather than work with 4G or even 5G. That reads as a bug to us, and could be something TCL will eventually fix later on. For now, it’s a touch annoying, as what is an otherwise relatively fast connection for a phone struggles to stay connected in general. 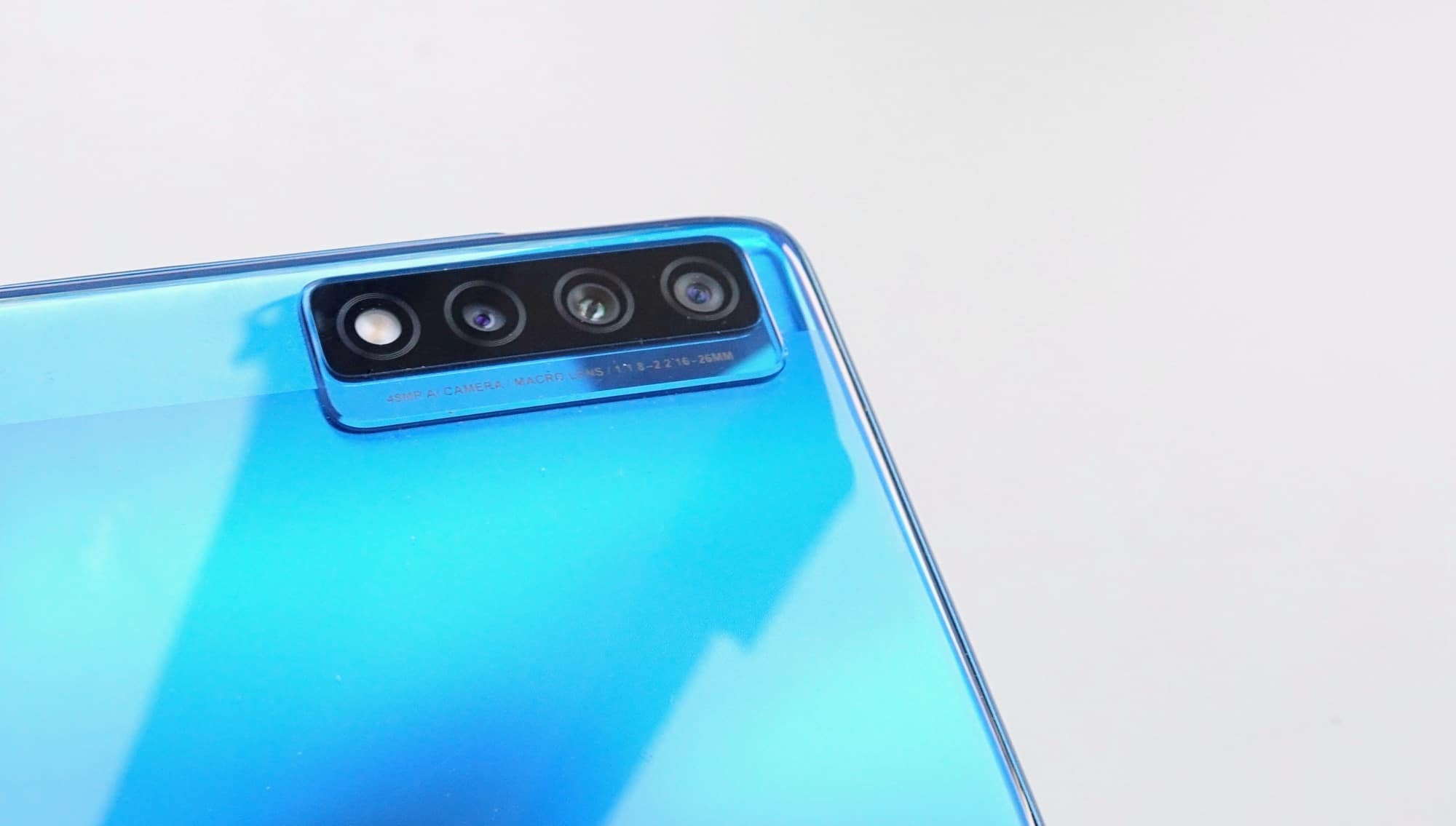 The camera fares a little better, with the 48 megapixel camera appearing a little familiar, and providing a smidgen of flexibility with an 8 megapixel ultra-wide and a rather silly 2 megapixel macro.

It’s a combination we suspect we’ve seen in an Android phone prior, with most of the tech worth paying attention to in the 48 megapixel, while the other two are so low quality, you might as well skip them.

You can get close enough with the 2 megapixel, but the picture quality isn’t all that useful. There are a few more megapixels in the 8 megapixel ultra-wide, but we’re not talking a lot of depth or quality there, either.

Really, you’ll just want to focus on that 48 megapixel camera, which offers decent colours and dynamic imagery in the daylight, and fares relatively well for a mid-range camera at night, as well. Granted, the low-light doesn’t quite match what you can get in the Pixel 4a with 5G, but at a different price point, it’s not a total surprise.

When the dark hits, the camera struggles to get a sharp shot without you holding it super tight and just, well, not moving it.

Sufficed to say, low-light performance is the weakest aspect of the TCL 20 5G camera, and even though you get a night shot stacking mode, the results aren’t breathtaking. You may have to fire the flash, and that’s not a brilliant outcome.

The camera speed can also feel a little slow, with up to two seconds of delay when you press the on-screen shutter, and a nearly impossible sense of immediacy when you fire a shot. It’s fine — not great, but fine — and yet entirely normal in the world of mid-range phones.

For the most part, the 48 megapixel TCL 20 5G is acceptable for daylight and less fantastic at night. In short, it’s what we’ve come to expect at this price point, which is fine, but clearly not amazing.

Boasting a 4500mAh battery, we found the TCL 20 5G can handle a full day of life quite easily, with a good half day extra found in the phone. It means you won’t likely have to worry if you’re charging nightly, but even if you forget to charge every day, the phone can handle its own, as well.

Bizarrely, there’s around 500mAh less in overall capacity than what’s found in the Realme 7 5G, and yet there’s much the same battery life, which more or less bodes better for the TCL than the Realme equivalent.

Both could be a little better, but a good 36 hours isn’t a bad effort overall, and more or less delivers enough life for the day-to-day.

And at $499, there’s definite value here, with the capacity for 5G, an acceptable camera, a nice and bright and dynamic screen, and most of the features we’d gather people would yearn for at the $500 price point.

By the time TCL released the 20 5G in Australia, the $499 target 5G price has been beaten by Oppo’s A54, which goes for $399 locally. However we’re yet to review that, and regardless, the TCL 20 5G represents real value in the 5G space in Australia.

While the value is right, the occasional connection issues left us more than a little frustrated. It’s no good having a phone boasting 5G connectivity if the phone struggles to hit 5G in regions that support it, and worse if it blanks out and doesn’t connect at times, either.

Granted, 95 percent of the time, the phone delivered connectivity, but it’s strange to see the hardware flake out in this way, showing it as connected, but appearing to be anything but. 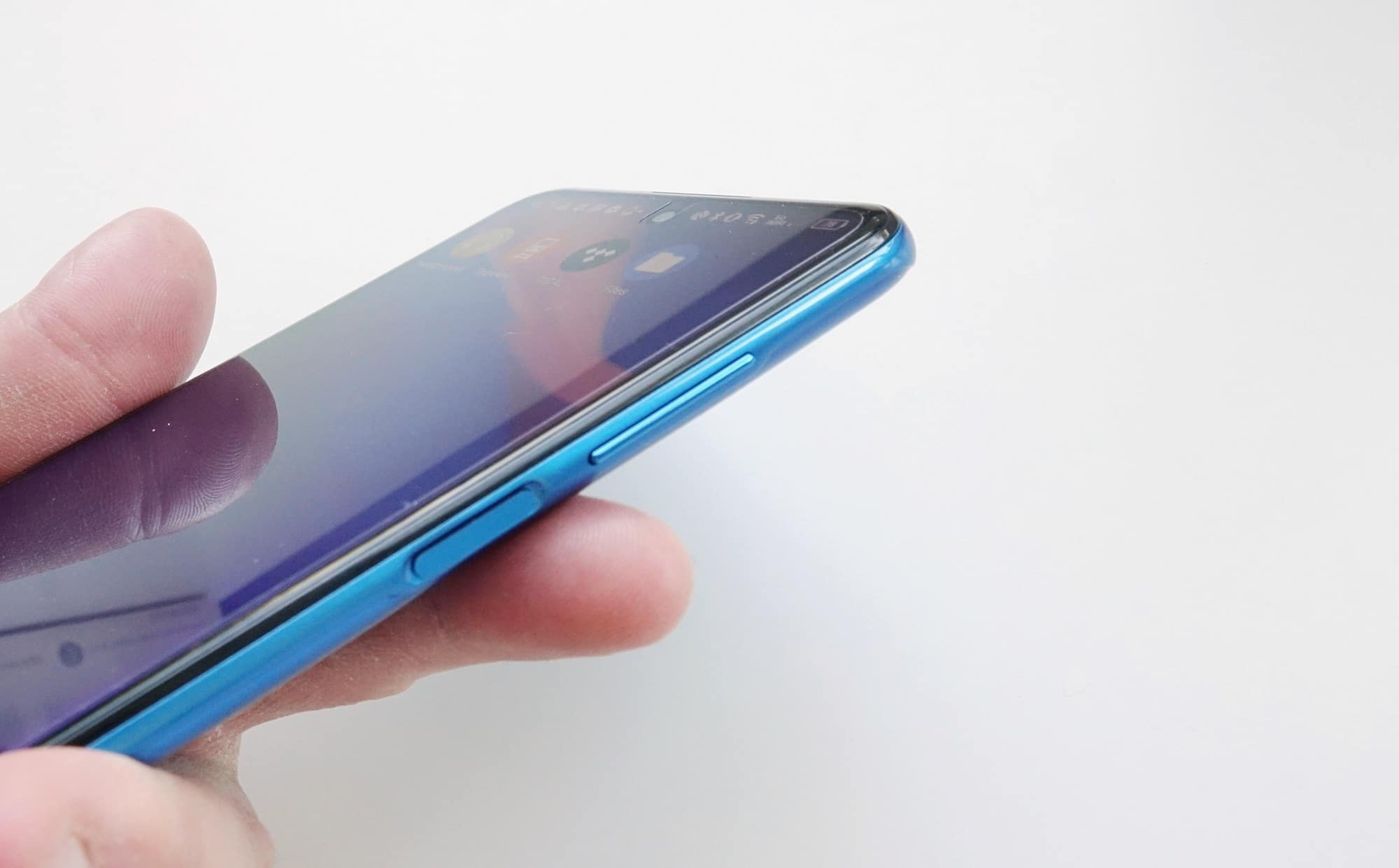 There are other things that could be improved, such as the camera being a touch slow to fire, as well as TCL including Android 10 as the operating system, which is now almost a full year old, and yet arrives on this phone out of the box. That’s a very old release to appear on a very new phone, and while we suspect it will eventually get updated, it’s strange to see Android 10 arrive on a new phone when Android 12 will likely go to development betas in May at Google I/O 2021.

It’s especially weird given that TCL’s less expensive 4G phone, the TCL 20 SE, gets Android 11 out of the box, something the TCL 20 5G misses out on. 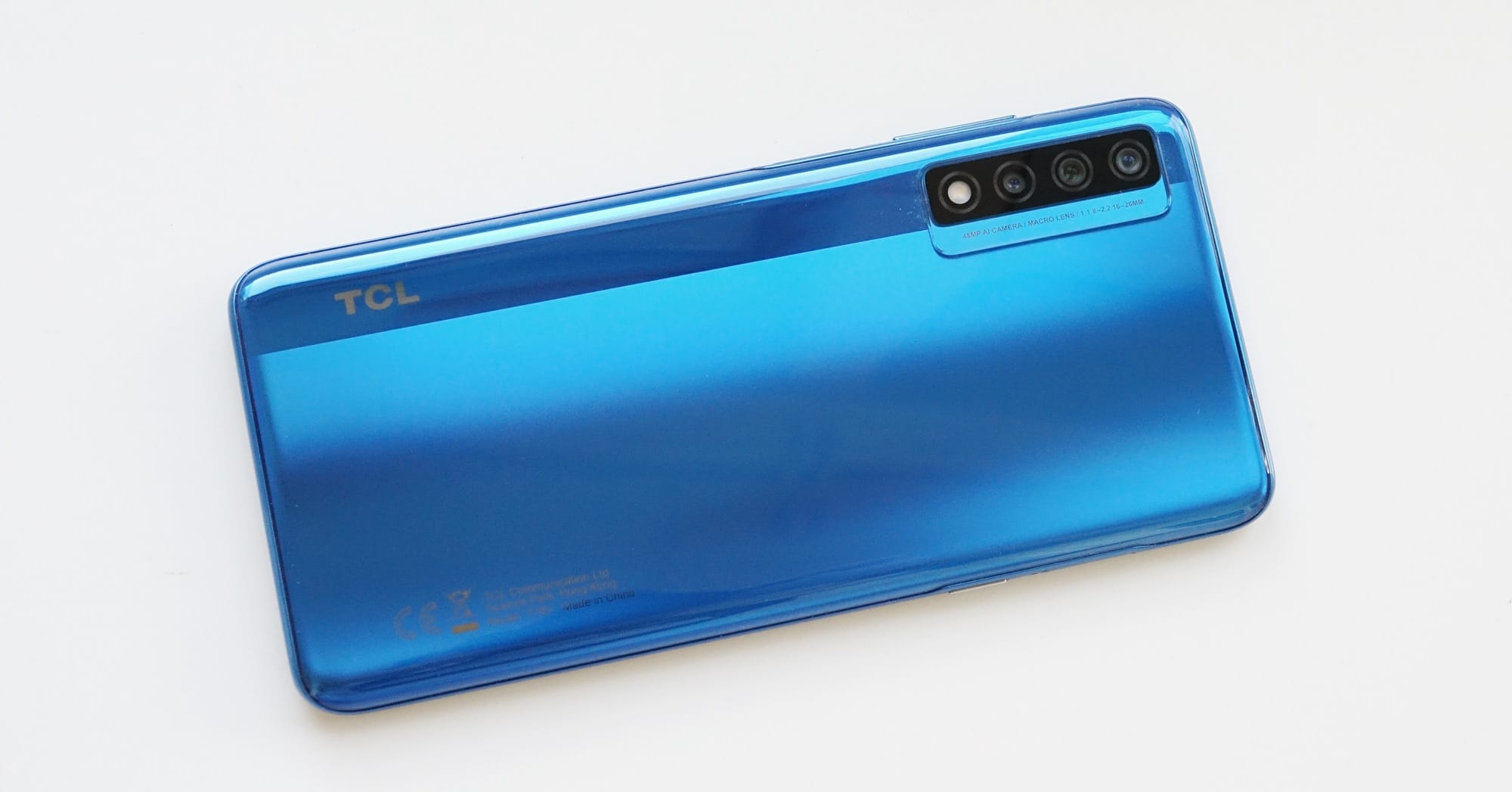 While there are definitely things about the phone we’d change, the TCL 20 5G delivers on the promise of 5G tech at a 4G price, with an otherwise decent camera, acceptable battery life, a nice screen, and support for mobile payment.

There are aspects we’d change, such as the version of Android (which will be updated eventually) and a camera that could be better, too, but for $499, the TCL 20 5G is a decent mid-range phone right now, and worth checking out if you hanker for 5G at a price unbecoming of the category. 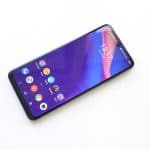 TCL 20 5G
Design
Features
Performance
Ease of use
Cameras
Battery
Value
The good
Nice screen
Decent value
Supports NFC
Acceptable battery life
The not-so-good
Feels a little cheap
Mobile connection could be unreliable at points
Android 10 is out of date
Camera can be slow to fire
3.8 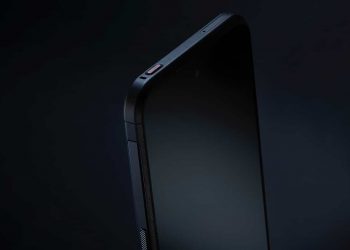 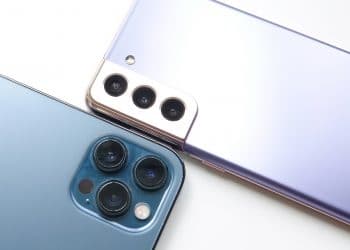 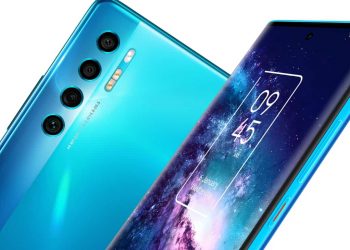