Want to jump on the 5G bandwagon, but don’t want to pay the heavy price? Samsung has joined the mid-range 5G world with the $499 Galaxy A32 5G. Does it achieve worth, or is low value overall?

It’s the middle of 2021, and 5G is no longer for people who have lots of money to spend.

We started seeing the price paradigm for 5G change last year, as 5G phones trickled in under the thousand dollar mark that kickstarts flagship phones, but this year, it has fallen even further. Last year’s Pixel 4a with 5G was a great price point for 5G at $799, but in 2021, there are more choices for $499, and one or two below.

And for a nice change, Samsung is making one at that price point, as well. Samsung’s Galaxy A32 5G is the company’s first attempt at bringing a 5G Galaxy design phone at a sub-$500 price point. Does it work and is it a value, or should you opt for something better? 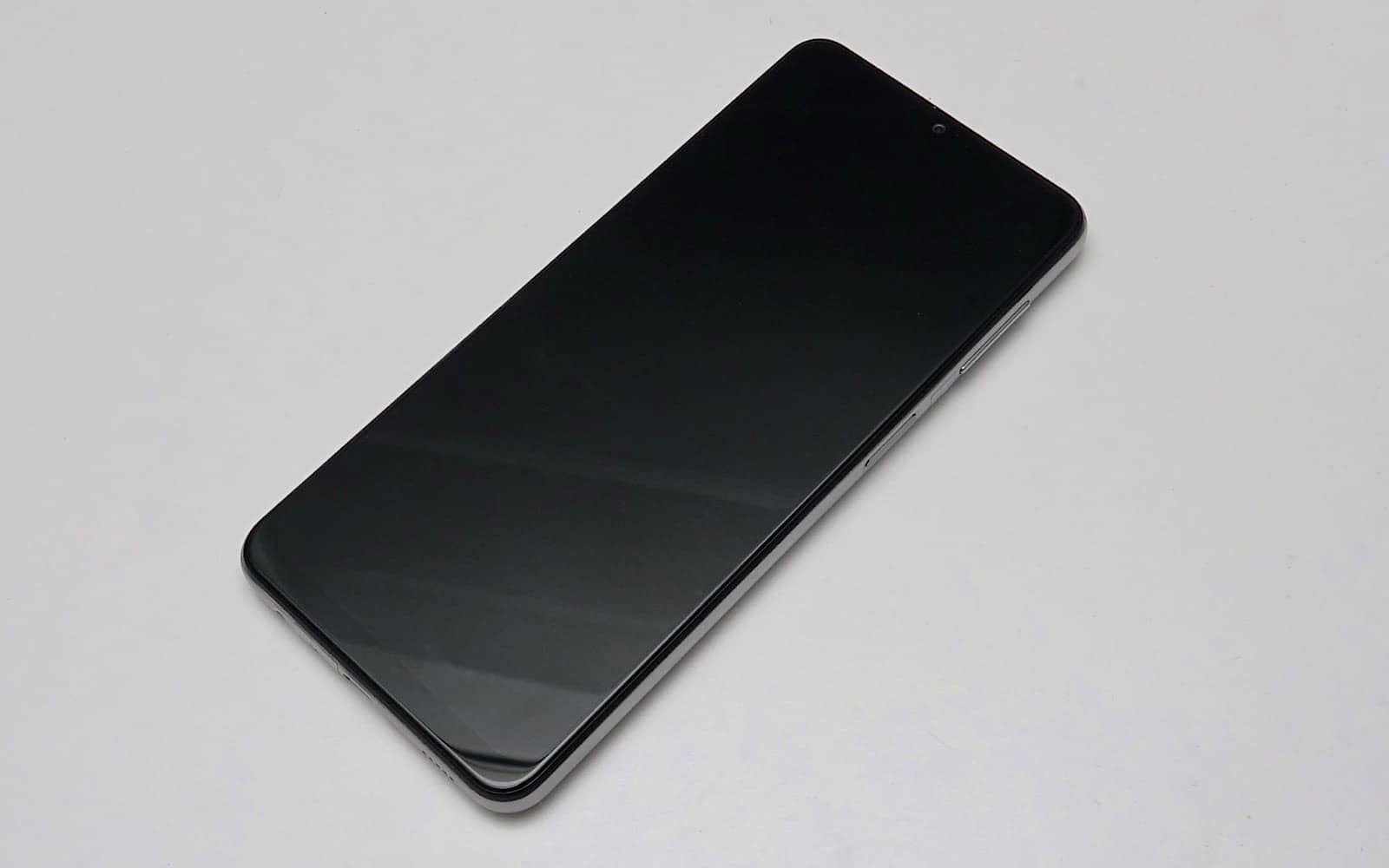 A quick glance at the Galaxy A32 5G and you might feel you’re getting a page out of the S21’s book this year. While it omits the glass and metal design we’ve seen out of the 2021 Samsung flagship, the traffic light-style camera design at the back is there, even if it’s pressed against the back.

Samsung’s A32 5G looks a little more premium than we’ve seen from the sub-$500 5G range, even though it’s all plastic. That makes it look difference against that competition, and the white plastic back we’ve got on this model kind of makes it stand out a little, appearing less cheap than its price would suggest.

That’s helped by the screen, which at 6.5 inches, is positively massive for a mid-range phone, delivering a big display, albeit with a very low-end screen. We’re used to seeing Full HD+ at this price point, not what Samsung has provided at HD+’s 720×1600. It’s just a little too “meh”.

Under the hood, Samsung has opted for a MediaTek chip, the Dimensity 720 5G (MT6853), which strays from the typical Qualcomm Snapdragon or even Samsung Exynos we see in phones, and paired it with 4GB RAM, running Android 11 with Samsung’s One UI over the top. That’ll make the look of the experience more like one of Samsung’s premium phones, even if the hardware implies otherwise. There’s also 64GB storage in this phone, a little under the 128GB we’re used to in mid-range 5G phones, though it’s not alone, with the Oppo A54 5G offering the same.

Almost everything else is par for the course in the A32 5G, with Bluetooth 5, 802.11a/b/g/n/ac WiFi, GPS, NFC for Google Pay, that support for 5G that’s in the name, plus two wired ports including the USB Type C port for charging and data transfer and a 3.5mm headset jack. There’s also a microSD spot on the SIM tray, which uses nanoSIM.

Under all of this is a 5000mAh battery, coming in a phone weighing 205 grams, with a fingerprint sensor on the side under the power button. 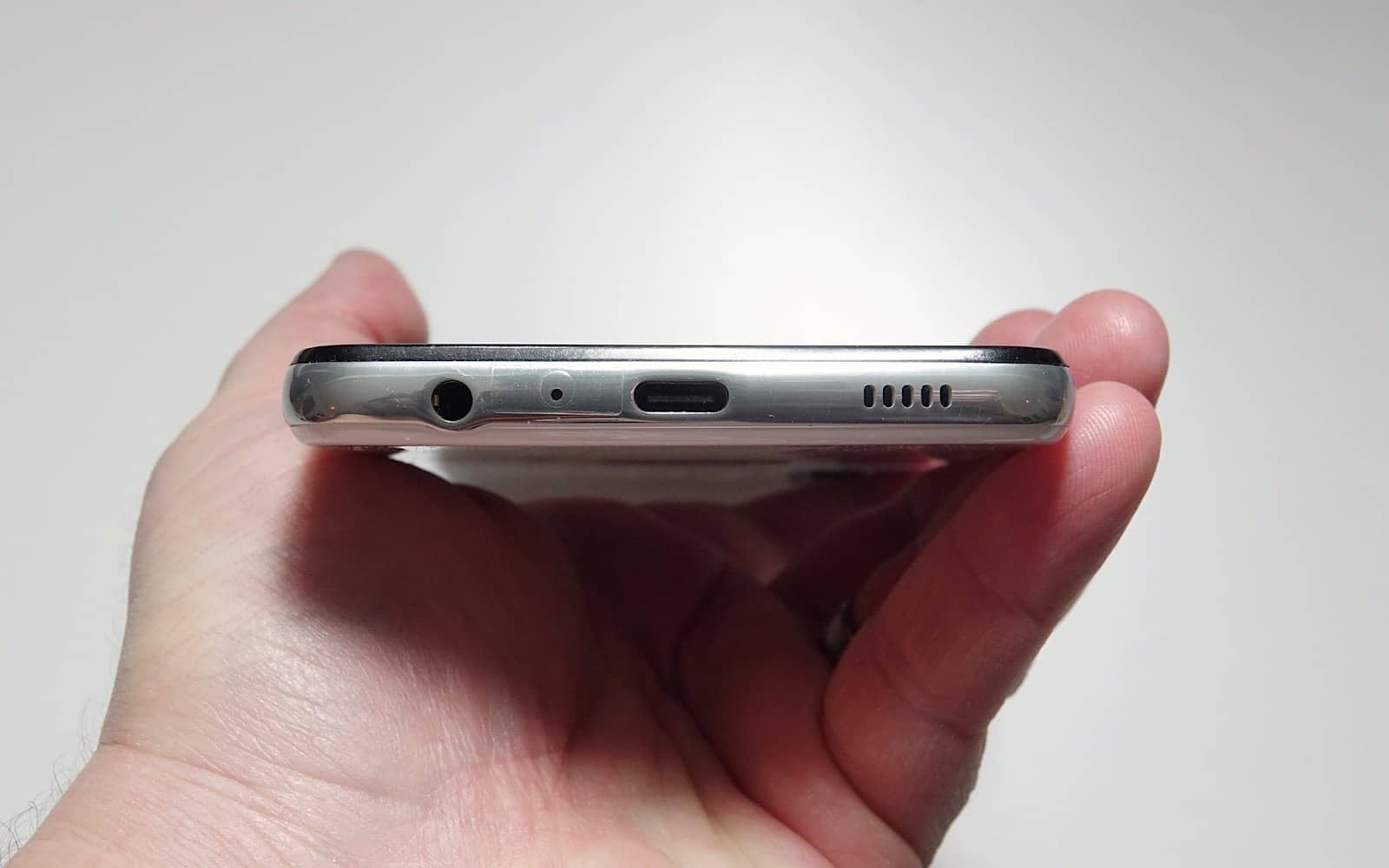 If you’ve glanced at an Android phone in the past, especially a Samsung Android phone, the A32 5G will look and feel more or less like what you’re used to, with Android 11 offering several widgetised homescreens, an app drawer, and a way to glance at the news, weather, and your favourite websites.

It’s typically an easy-to-use layout that won’t confuse, which at this price point is easily welcome.

Samsung’s side-mounted fingerprint sensor is a bit of a change from what we typically see from the company, which tends to favour in-screen sensors more often. However, the Galaxy S10e used one of these, so it’s not entirely out of kilter for the brand.

And if not, you’ll have registered your face on the facial security component, and that will let you in, or you’ll have waited so long that you just decided to type in your passcode.

Seriously, while using the Galaxy A32 5G is easy, getting in from standby isn’t always the same, and you may struggle to do so, thanks in part to the performance. 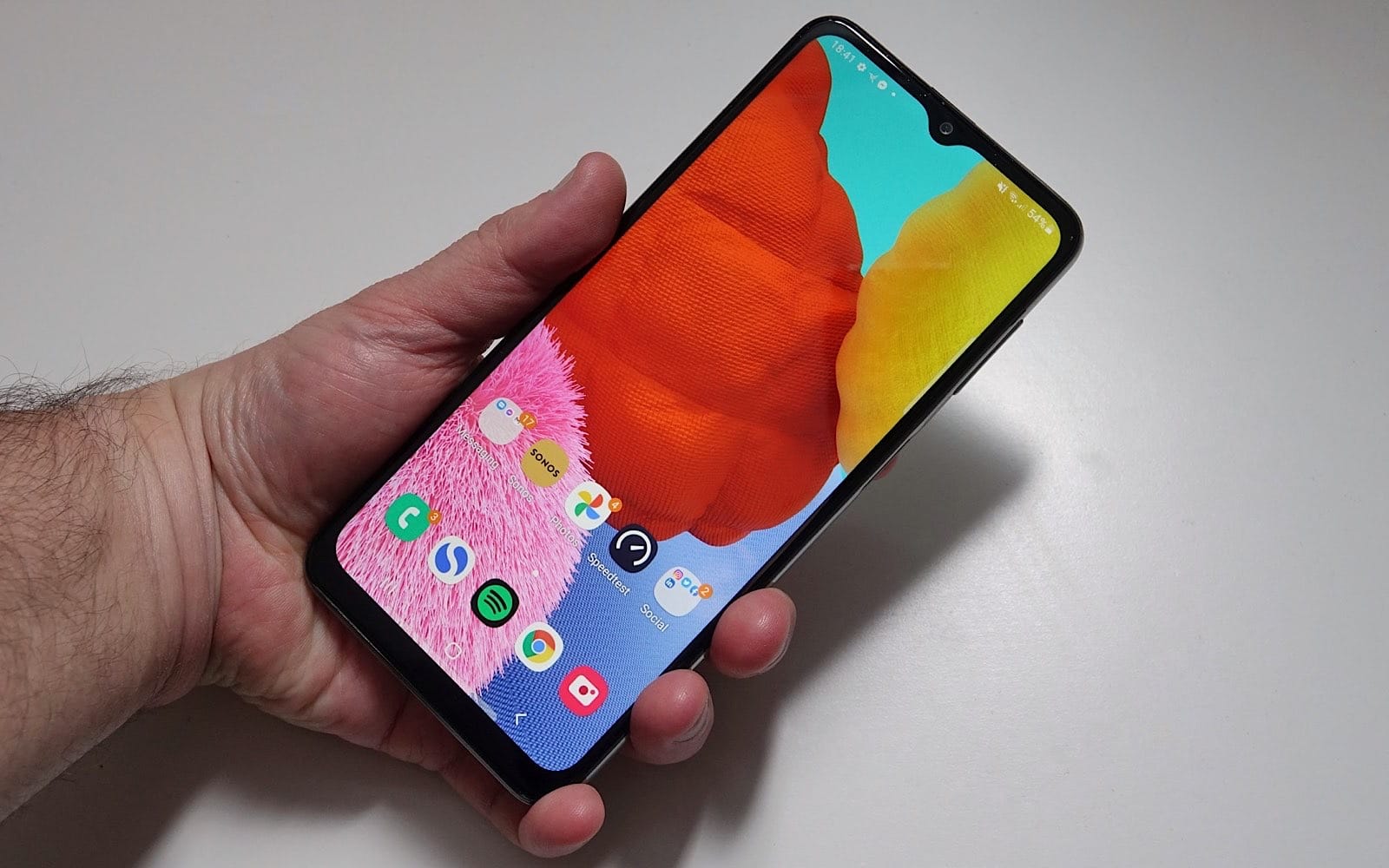 MediaTek’s Dimensity under the hood married to 4GB RAM may not be enough, because performance on the A32 is a struggle, often coming down to an attitude of “just wait”. That’s an okay vibe if you don’t mind being patient, though we’re not sure if one should be this patient with their phone.

Patience may well be a virtue, but waiting for your phone to wake up from standby, to open an app, or to fire a camera shot shouldn’t see pauses of over two or three seconds. This is not a timely phone. Not at all.

Bizarrely, the performance issues on the A32 don’t seem to affect the 5G performance, which is actually not bad. Call it one of the better aspects of the phone, because you can hit some solid 5G speeds.

Tested on the Telstra 5G network in Sydney, Australia, the Samsung Galaxy A32 5G managed to hit speeds just shy of 500Mbps, speeds that we’ve not always seen from other 5G phones, mid-range or flagship. Granted, 5G speeds can be network and location dependent, but mobile performance appears to be the one area Samsung’s Galaxy A32 5G can keep up. 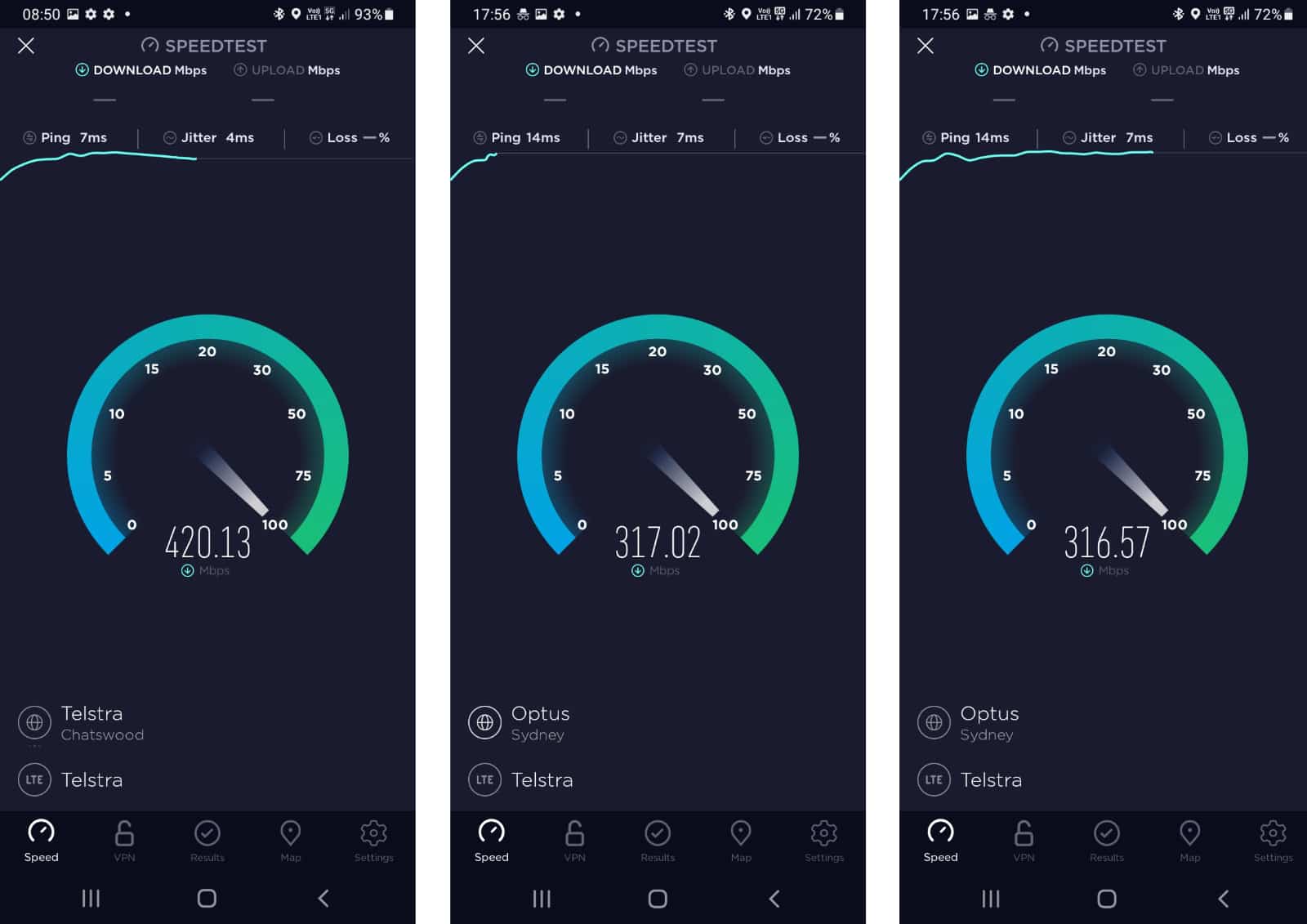 That’s a little different to the camera, which can be a little hit and miss depending on how you use it. With four cameras inside the Galaxy A32 5G, you might think this $499 phone is punching above its weight, and it’s true that it’s not a bad combination, but it’s sure not the best around.

Look at the back and the four you’ll see are made up of a 48 megapixel main camera, an 8 megapixel ultra-wide, a 5 megapixel macro, and a 2 megapixel depth camera.

Thelast one is largely irrelevant and only there for the soft background of portrait photos, which brings you back to three, and two of these are the main ones. 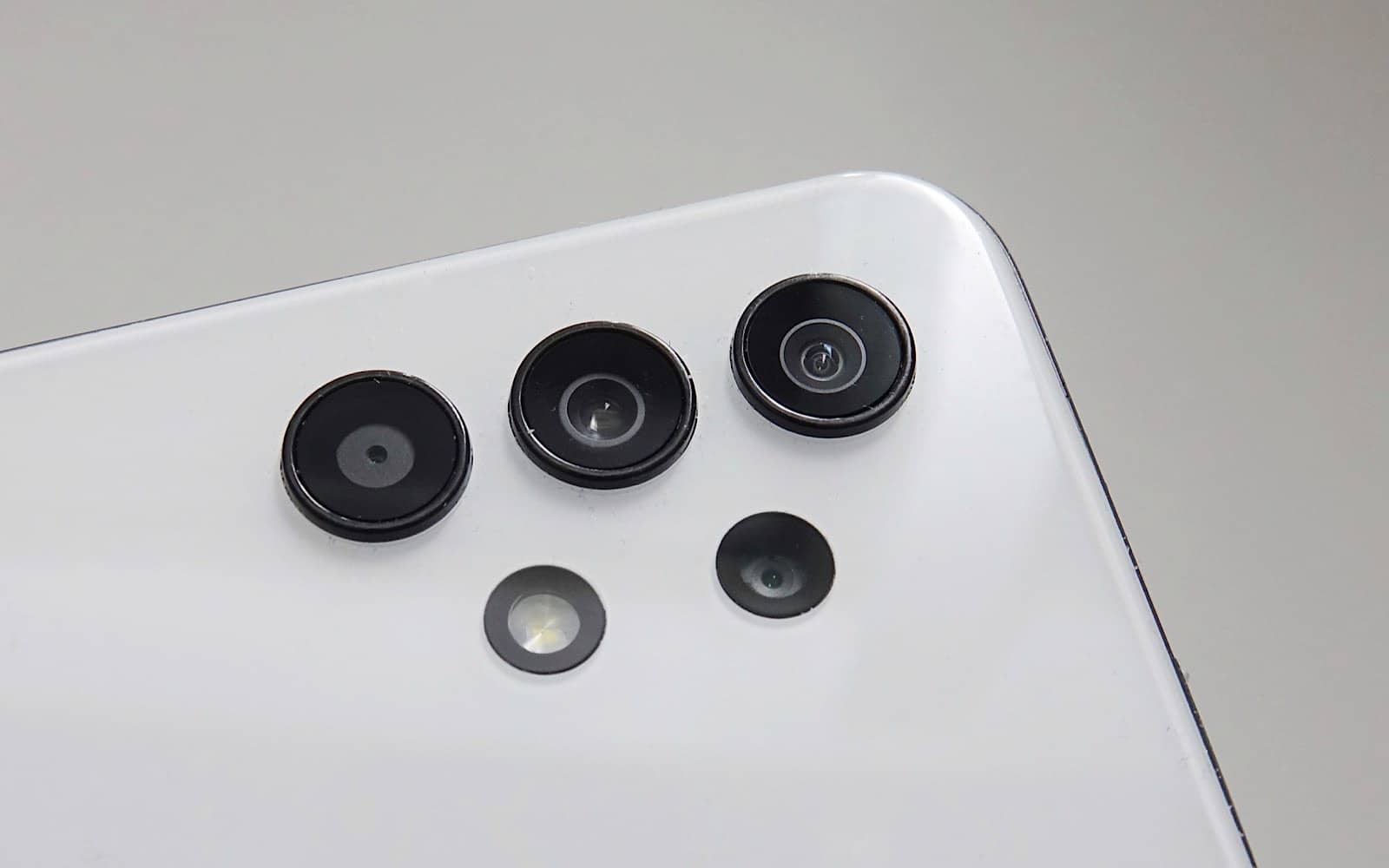 The main camera — that 48 megapixel camera — isn’t terrible at all, and offers decent colours and contrast in daylight, in line with pretty much every other phone at this price point, and everything else Samsung makes, though the low-light can get a little murky.

The ultra-wide 8 megapixel can read a little soft unless in bright light, and the macro doesn’t really feel that good as a macro. Simply put, if you get close enough to use it, you may struggle with focus issues, though it can eventually (eventually) take a clear shot.

It’s hit and miss between the bunch, though, and while the Galaxy A32 camera surprised us, it’s not a total win on every shot.

And it’s not even the quality we take aim with, but rather the speed: it can be very slow to fire.

You might think you’re ready to fire off a shot on this phone, but it can hold you down, waiting as much as two or three seconds for the shot to fire. Press the on-screen shutter, wait, oh and then it fires. It’s not always like that, but it happened more often than Samsung would probably like to admit.

Simply put, you’re not buying the Galaxy A32 5G for its camera prowess. Not in the slightest.

While the camera struggles to make a totally positive dent, thanks in part to how slow it can be to fire, the battery may well be the Galaxy A32 5G’s one saving grace: there’s a lot of it.

Offering a 5000mAh battery sees the A32 5G gets one of the biggest out there, and that helps the phone deliver up to two days of battery life with no problems.

At the end of the first day, we had around 50 percent left, and by 7pm the next day, we were at around 20 percent. It’s a fair bet you’ll charge on that second night, but that is roughly two full days of life in a phone that offers 5G for under $500.

Yet while the Galaxy A32 5G is Samsung’s least expensive 5G phone yet, the value only appears strong on paper.

Four cameras, a big screen, and the inclusion of 5G seem like great selling points for a $499 cost, for sure, and there’s a reasonable amount competing in this space. But the performance is dismal, and the result is a $499 phone that feels in many ways overvalued for what you’re getting.

What needs work on the Galaxy A32 5G?

That’s an important point, however, because the Galaxy A32 5G shares the same 4GB memory amount as the Oppo A54, and it is plainly not enough. Bizarre as it might seem, 4GB doesn’t cut it on the full version of Android anymore, and it’s one aspect that makes the A32 5G struggle.

Not helping it is the chip, we suspect, and when you marry the two, the performance ranges from “acceptably slow” to “taking forever and feeling like a joke”. Some examples of this include:

Adding to these problems are the fingerprint scanner, which misses your finger or doesn’t switch on until it’s too late, which works in tandem with that last one: wake up the phone and nothing could happen, making it hard to unlock the device.

While we get that a $499 phone is likely going to see its performance reduced, the problem with the Galaxy A32 5G is that its performance is often not even there. We have to wonder if that’s part of how Samsung manages to get around two days of life out of this phone, and suspect the low-res screen — which is an HD+ screen, not the Full HD+ screens we’re used to seeing at this price point — forms a part of this. 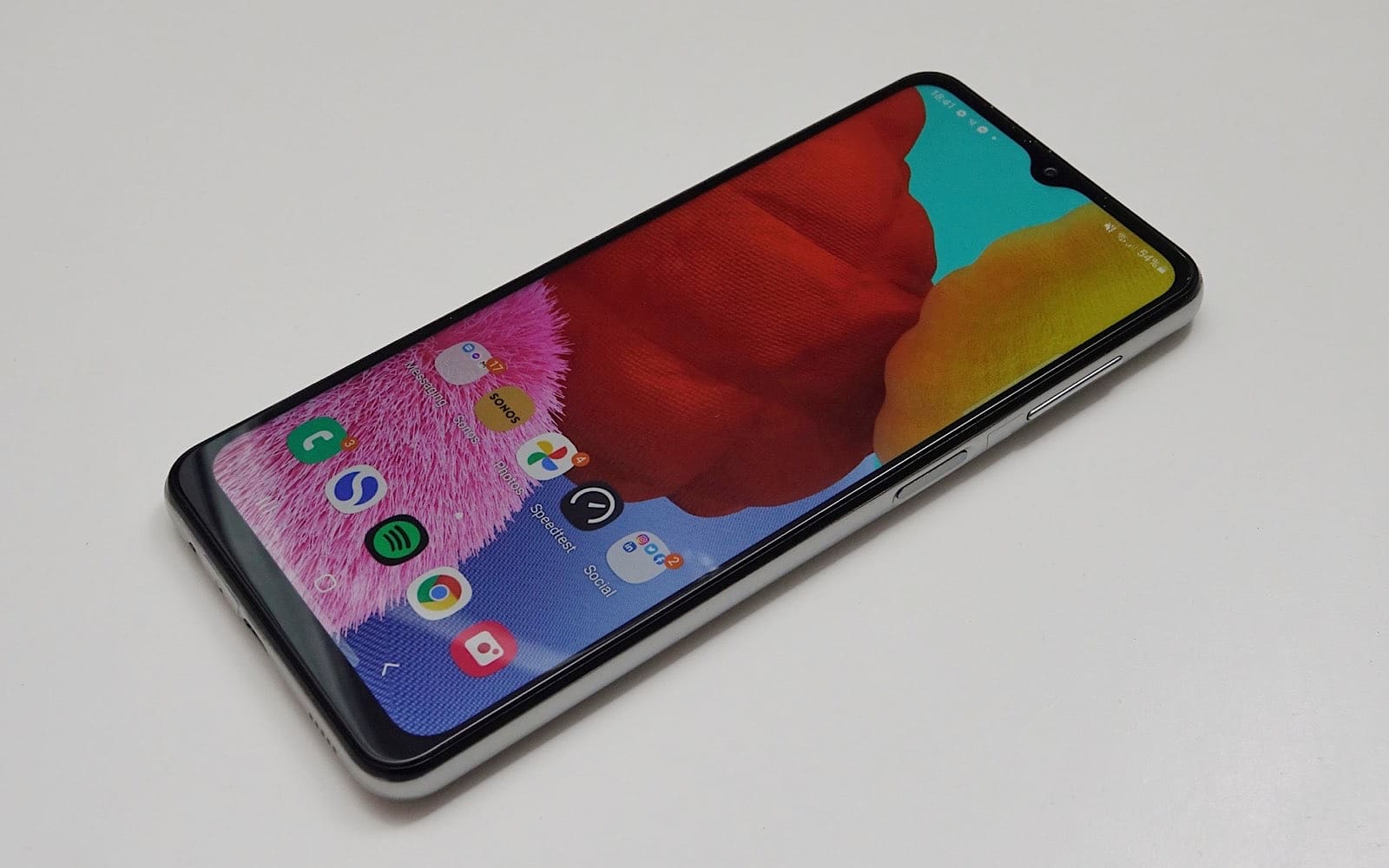 Those problems stack up to a phone that’s hard to argue for.

Yes, the Galaxy A32 5G comes with a big screen, several cameras, 5G, and excellent battery life, features you can just hear a marketer from the company proudly cheering for. However, undermining those features are a low resolution display, mediocre camera performance, and a system speed that totally belies the 5G boast of speed entirely.

Even though the sub-$500 5G market is hot stuff right now, the Galaxy A32 5G shouldn’t be priced where it is. It just doesn’t stack up to that value. We could see it at maybe the $399 mark, and even then, we’d like some improvements rolled out to smooth out the wrinkles and bugs. The only major benefits of the phone are its support for 5G and the great battery life, and we’re not sure those “benefits” outweigh the problems plaguing the A32 5G. 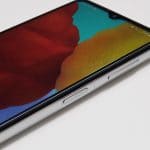 Samsung Galaxy A32 5G
Design
Features
Performance
Ease of use
Cameras
Battery
Value
The good
Big screen
Several cameras
5G is fast
Excellent battery life
The not-so-good
Low res screen, especially by standards at this price point
Cameras are so slow, you'll likely miss what you intended to capture
System performance can be staggeringly slow and a hindrance at times
Fingerprint scanner almost always fails to pick up your finger
Small storage for the price (comparatively)
2.8