At $199 in Australia, the Realme Buds Air Pro promises value in wireless noise cancellation. Is it worth the price, or should you pay more?

Truly wireless is pretty normal thing to find in earphones, and these days, everyone has them. Cutting the cords is no longer a big deal, and you only have to glance around at your nearest electronics retailer to find a plethora of products touting a discernible lack of cords overall.

While the cordless thing that is the world of truly wireless is more of a norm these days, one area that is becoming more normal is that of noise cancellation. Once a seriously premium feature demanding of a high price tag, active noise cancellation is coming to more earphones, and you can find it in picks for below $300.

And Realme is one of them. We’ve seen a pair of truly wireless earbuds from the value player once before, and now its latest bundles in noise cancellation, too. At $199, the Realme Buds Air Pro promises value. Is it worth the asking price, or would you be better off with a better pair? 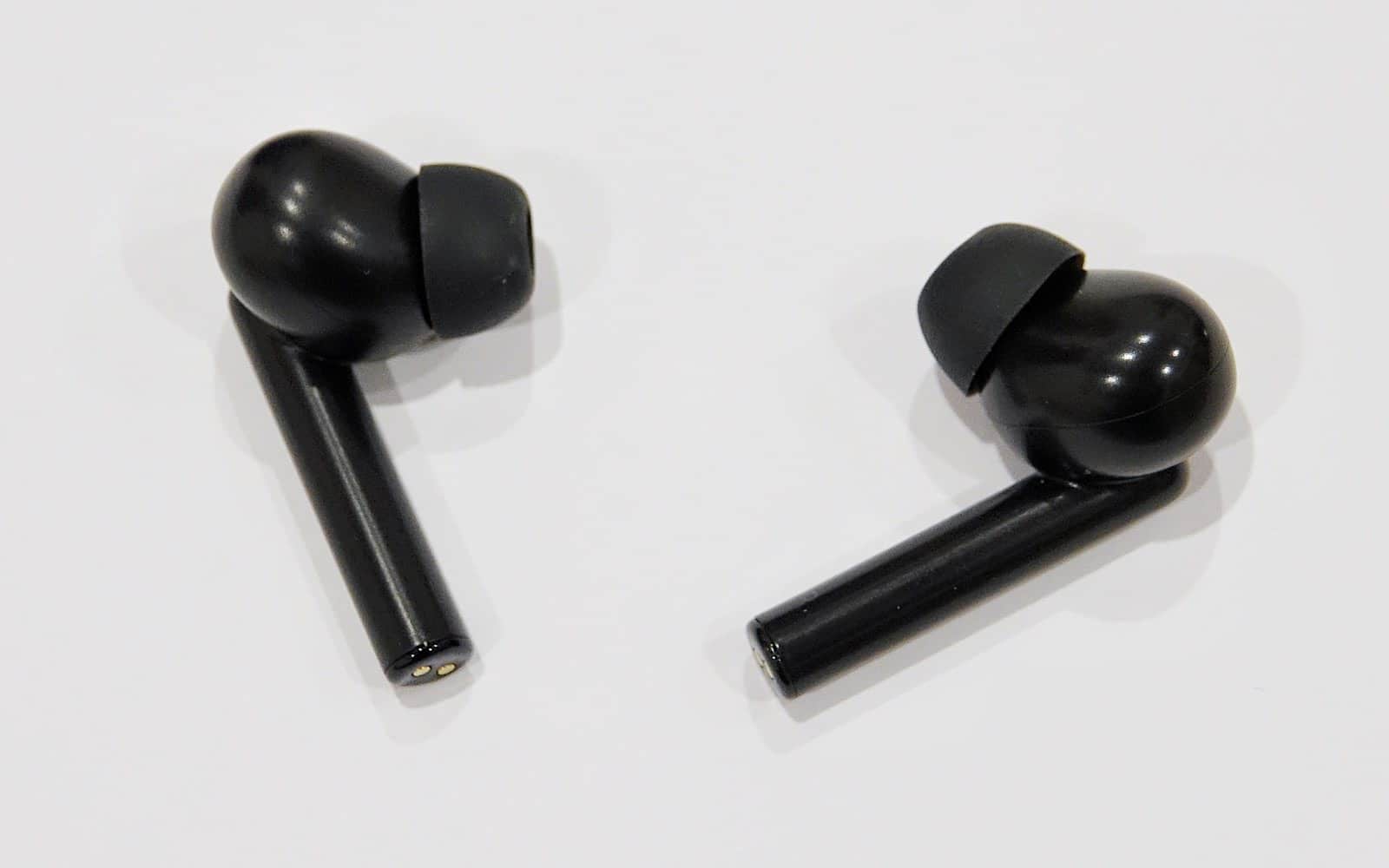 Another of the clearly obvious AirPod clones, one glance at Realme’s latest earphones and you’ll know exactly where the company drew any and all inspiration from.

It’s pretty clear, and the fact that they have in-ear tips attached and come in both black and white isn’t doing to change your mind.

At least the case feels slightly original, with a circular rechargeable box for you pocket, different from the softened rectangle you might normally expect.

In these clearly “inspired” earphones, Realme includes its own chip, the Realme S1, utilising 10mm drivers in a pair of truly wireless earphones that uses microphones and the chips to quell noise actively. Two microphones should be working there on each earphone, and Realme has also bundled in support for fast connectivity during gaming via a game mode that promises low latency performance, plus an extra switch in the Android-only app to let you boost the volume, the bass, or heaven forbid, both.

While the specs make the Buds Air Pro appear like the AirPods Pro competitor they’re meant to be, the design is a little iffy.

Much like how the Apple AirPods may not fit your ears properly (not the AirPods Pro, which seem to fit our ears better), the Realme Buds Air Pro has a similar problem, in that the shape of earbuds themselves are so bulbous, you may have trouble resting them in your ears comfortable. 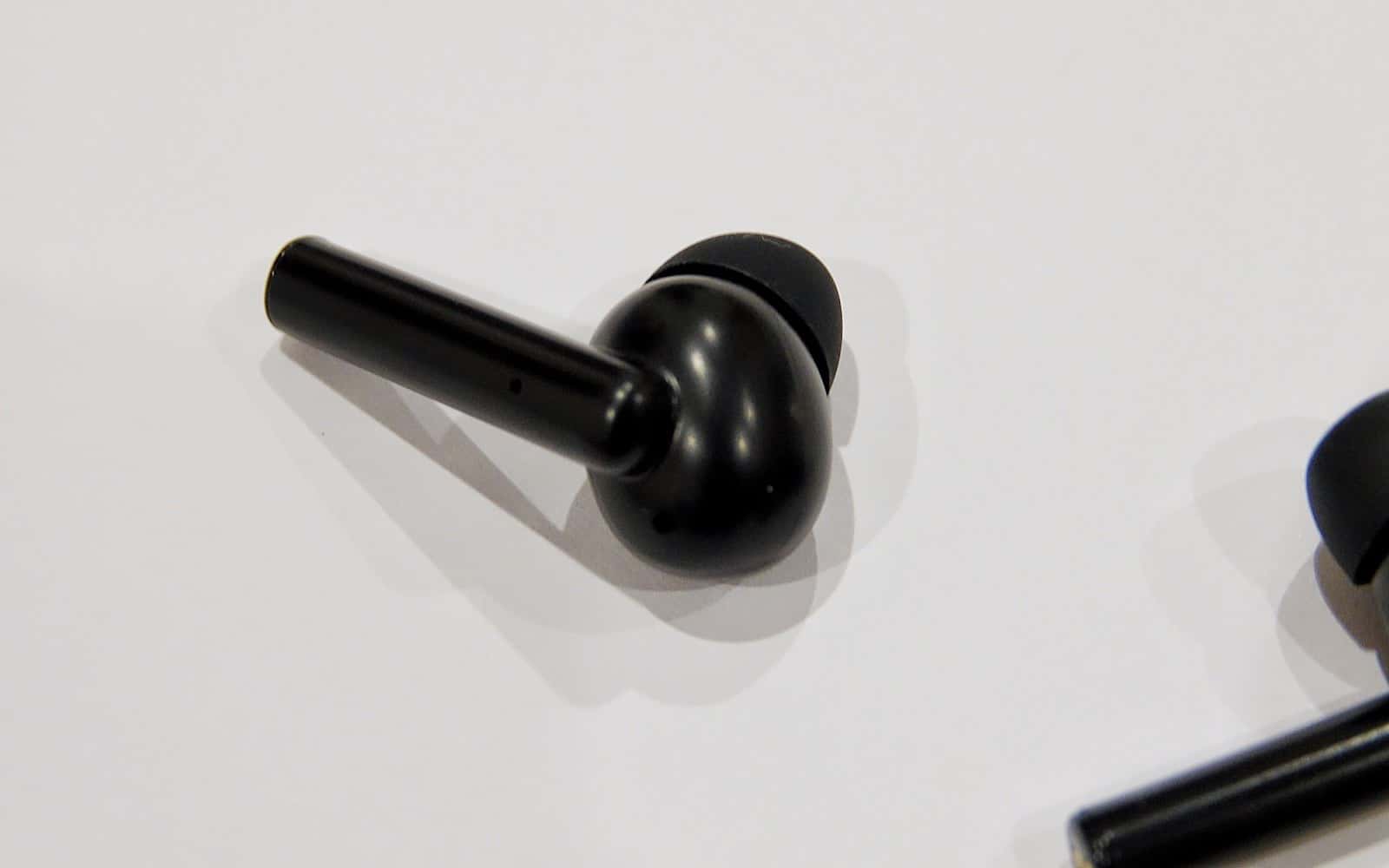 The tips are fairly standard, so there’s nothing new in the way Realme is using in-earphone tips to block the outside world, but the earbud design is so large that it might just be incompatible with an ear or two. For instance, our left ear found the Buds Air Pro fine, but the right ear almost always pushed it out. It didn’t matter what we did, one ear wasn’t really made for loving that earphone, and we found ourselves regularly needing to jam it back in.

That’s not a design we found ourselves loving, and harks back to Realme’s first pair, the Buds Air, which ours ears didn’t like either.

Essentially, the fit of the Realme Buds Air Pro is a love it or hate it affair: you’re either going to love it, or you’re going to hate it to the point where it just doesn’t work for you. Unfortunately, there’s no way of knowing whether it will fit comfortably until after you buy a pair.

At least your controls are easy to deal with on Android, complete with an app, though there’s none of that on iOS, so it’s pretty clear Realme is thinking about one side of the coin, but not the entire thing. 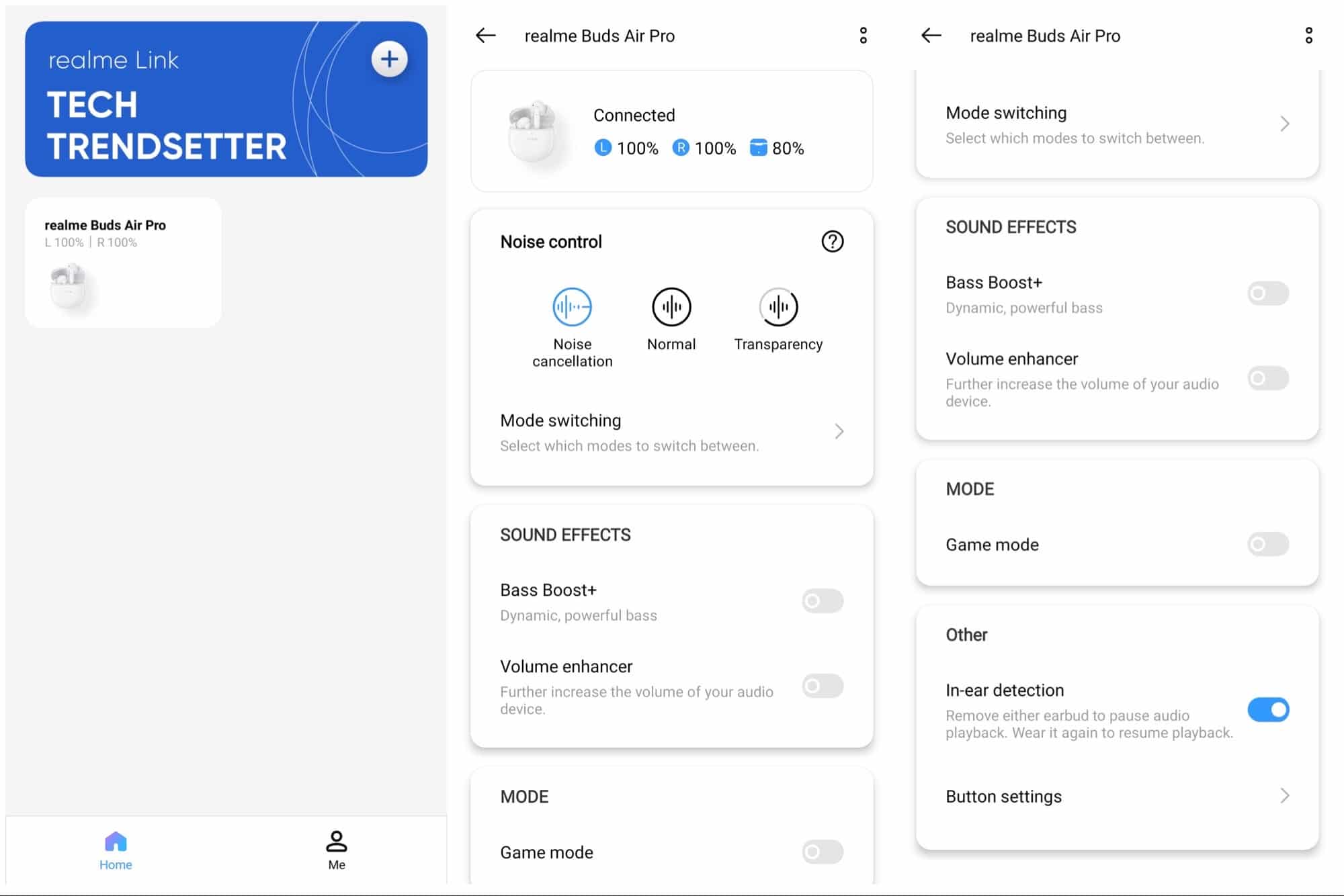 That means the performance better be good enough and worth the risk, which is really the main reason to check a pair of earphones anyway.

As we do in every review, we’re throwing the Realme Buds Air Pro on with the Pickr Sound Test, which you can experience for yourself.

And that starts with electronic, where the Buds Air Pro make an impression quickly: punchy bass first and foremost. You’ll hear it if the song has any semblance, with acceptable highs, though the bass appears to lead, drowning out the mids slightly. Daft Punk delivered strong bass hits, perhaps a little too strong, but it was comfortable to listen to all the same.

It was much the same and in pop and rock, where a slightly heavy handed bass response was noticeable, but didn’t destroy the rest of the sounds, even if it lacked detail. 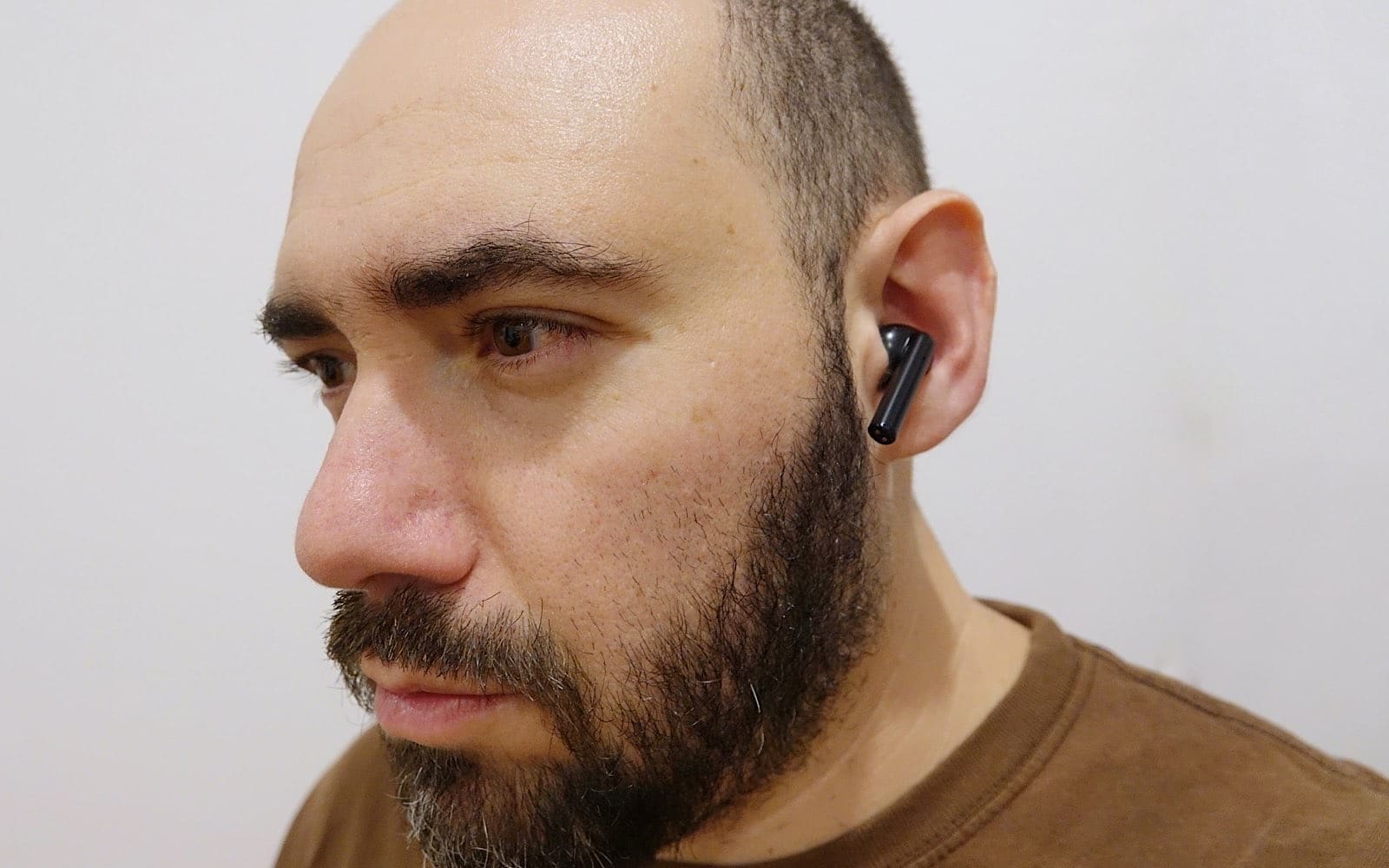 Take Carly Rae Jepsen’s “Cut To The Feeling”, which delivered lasting punches in the lows, but lost the detail of the instruments and the singer’s voice, while Mark Ronson’s “Uptown Funk” offered a good punch, even if Bruno Mars’ voice felt like it lost the clarity we often look for.

The bass is a major part, though it doesn’t always feel deep. The guttural drop we look for in FKA Twigs’ “Two Weeks” wasn’t quite as pronounced as the bass hits we heard other songs, delivering a punchy bass, but not a detailed one.

We could already see where this was going, with the punches of the low end in rock and hard rock ringing true, even if they drowned out the detail in other sections. You’ll hear Muse and feel both Rage and the Deftones, but at the same time, you may feel the other parts of the tracks — the vocals and instrumentation — are comparatively soft. 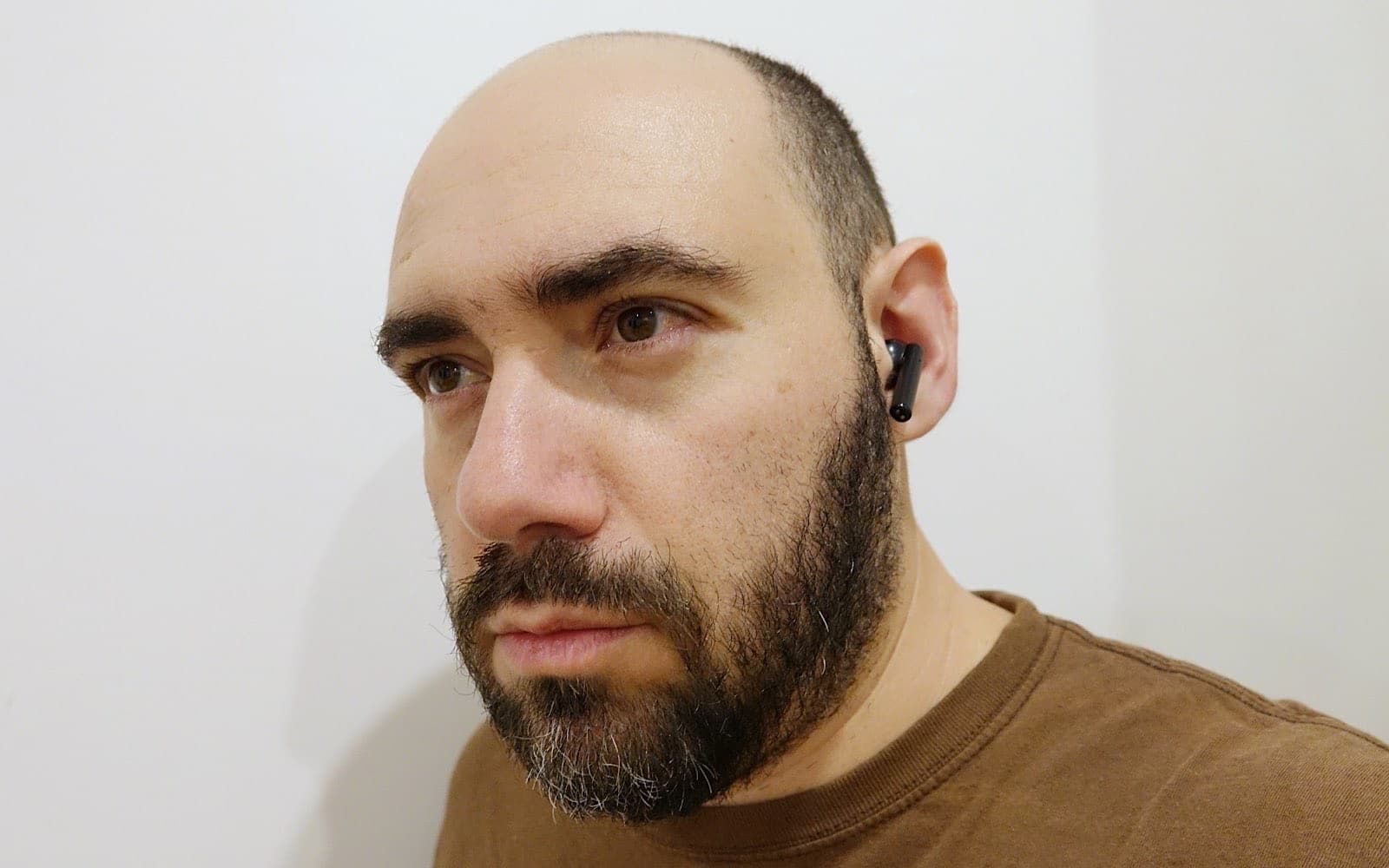 It’s not a bad effort for the Realme Buds Air Pro, but without the bass mode punched up, they’re still quite bassy, almost to the point where they’re bossy and bassy.

You can see this making a difference in games where gunshots and explosions are typical. A big burst of bass is going to reverberate madly with these bassy earphones, and the loss of detail otherwise won’t likely make a dent to folks who demand big sounds. But we do, and while the sound isn’t bad, you can definitely do better.

Walking around with the Realme Buds Air Pro, we found around 4 to 5 hours of charge when we were using them, albeit a little uncomfortably, with an extra 20 hours or so in the case.

That is about par for the course as far as truly wireless noise canceling earphones goes, which is decent all the same. 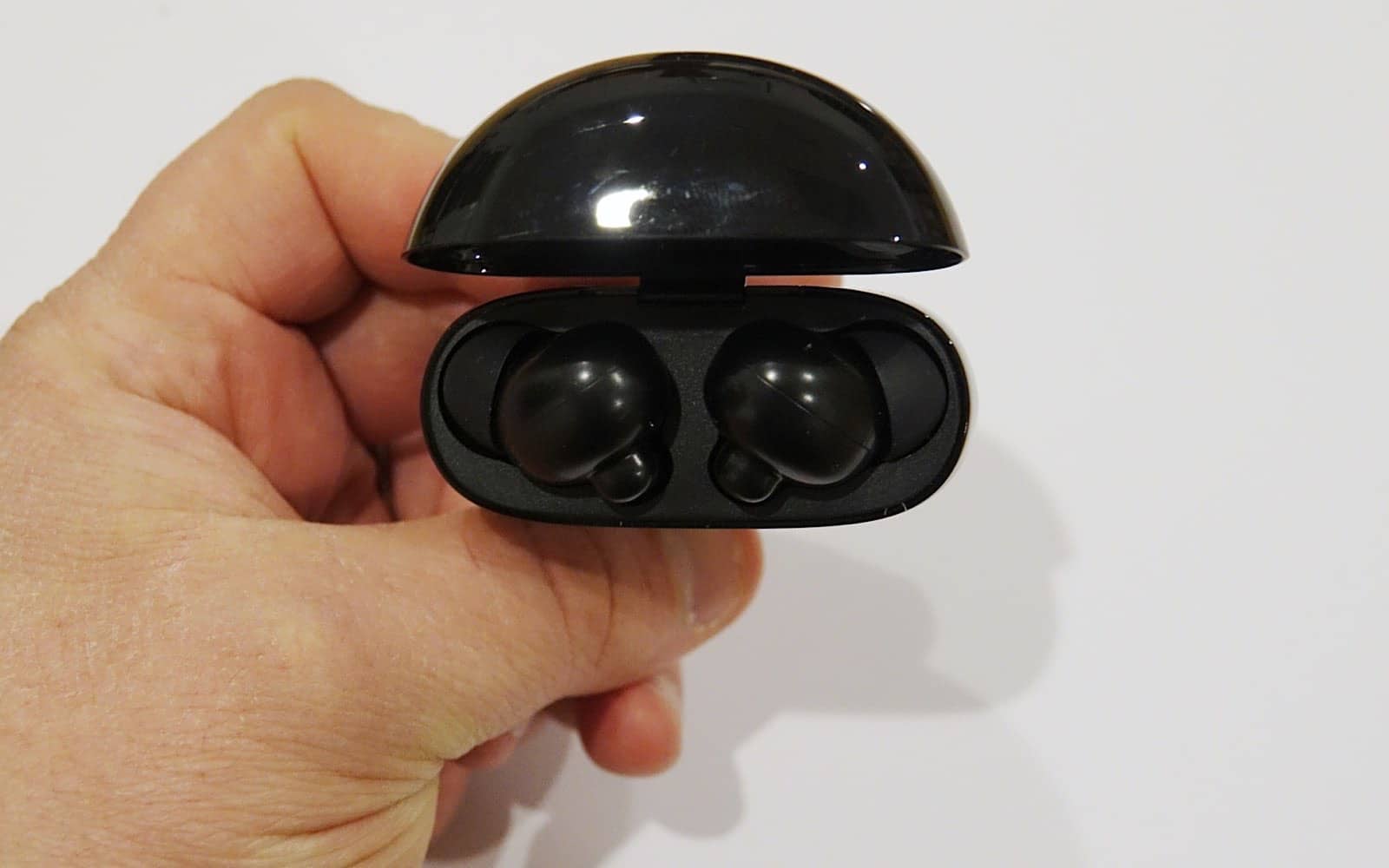 And at $199, the value is clearly an argument Realme is going for.

At the moment, inexpensive truly wireless noise canceling earphones are typically pitched around the $250 mark, which is where one of our mid-range favourites sits: the $249 Oppo Enco W51.

Fifty bucks cheaper, it’s pretty clear what Realme is trying to convey with the $199 Realme Buds Air Pro, which can actually be found for less in Australia if you look around. Granted, there’s no wireless charging case as is typical for this assortment, but if you can save money, we can definitely see the value.

But price isn’t everything, and while these earphones aren’t necessarily indicative of the old please “you get what you pay for”, there’s definitely a whiff of that.

For us, the problems with Realme’s Buds Pro stem mainly from comfort. Specifically, good luck finding it.

This isn’t the first time we’ve found that, mind you. The first Realme Buds Air saw us struggle with that, and it’s the same general feeling in the Buds Air Pro. The price may well be right, especially for a pair of noise canceling earphones, but the comfort is largely hit and miss.

And that seems to affect the intended goal of the earphones, and their ability to cancel out noise. 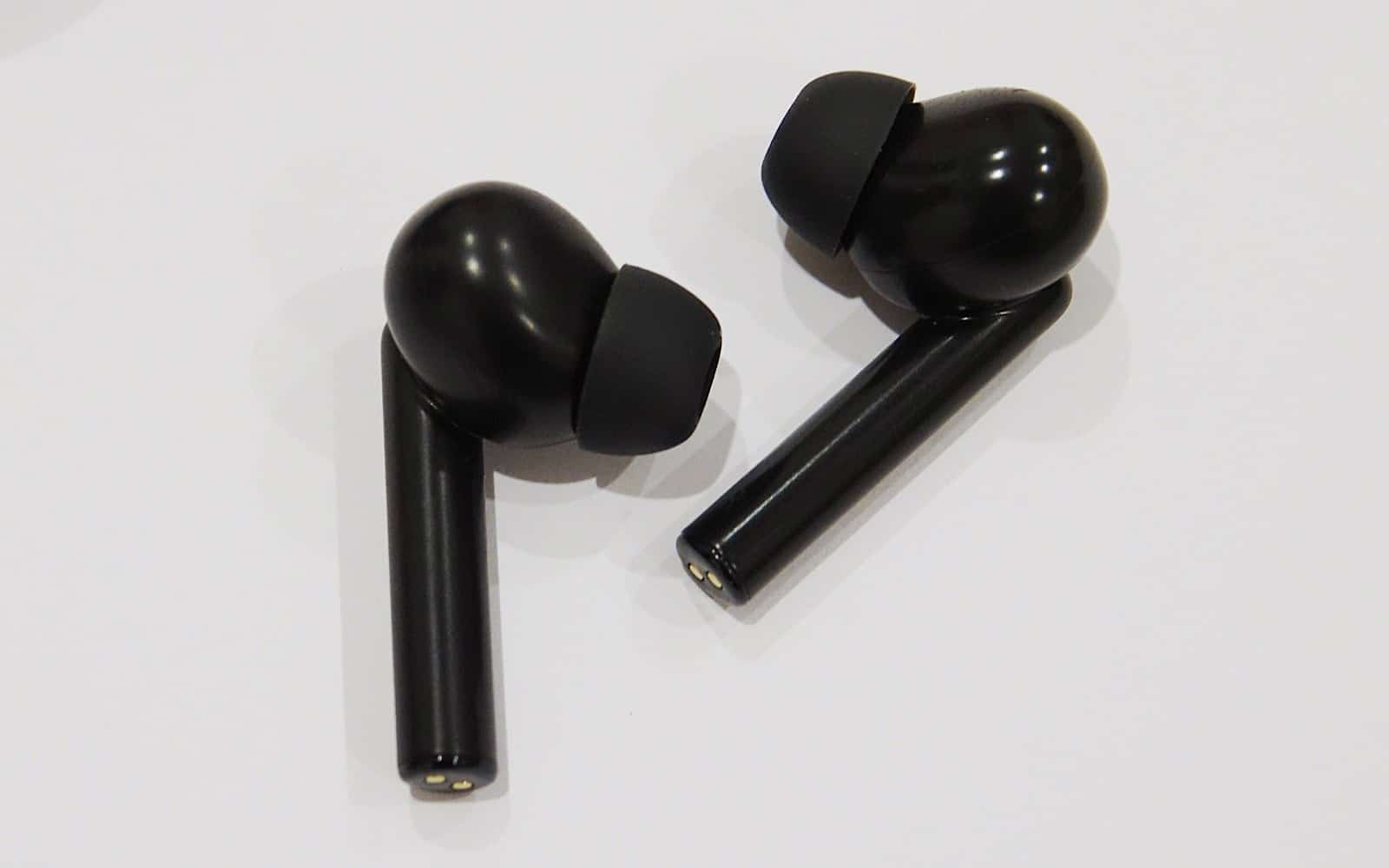 Yes, there’s an active noise cancellation component here, meaning microphones are listening to the outside world to cancel out specific repeatable sounds, such as the hum of engines and the choir of human voices all talking in unison. However, by not finding a comfortable way to insert the earphone element of the Buds Air Pro, you miss out on the ear tips doing their part in isolating you from the sound.

No isolation means sound leaks back into your ears, and thus means the Realme Buds Air Pro may well be technically cancelling noise, but your ears are unable to hear the full effect.

It’s frustrating because these issues won’t affect everyone. Some people won’t find any comfort problems altogether, but we did, and it’s not a one we’ve had to endure in many earphones at all. We’ll call that a design failure for Realme, and one that might force you to consider a different pair of earphones that fits all ears better. 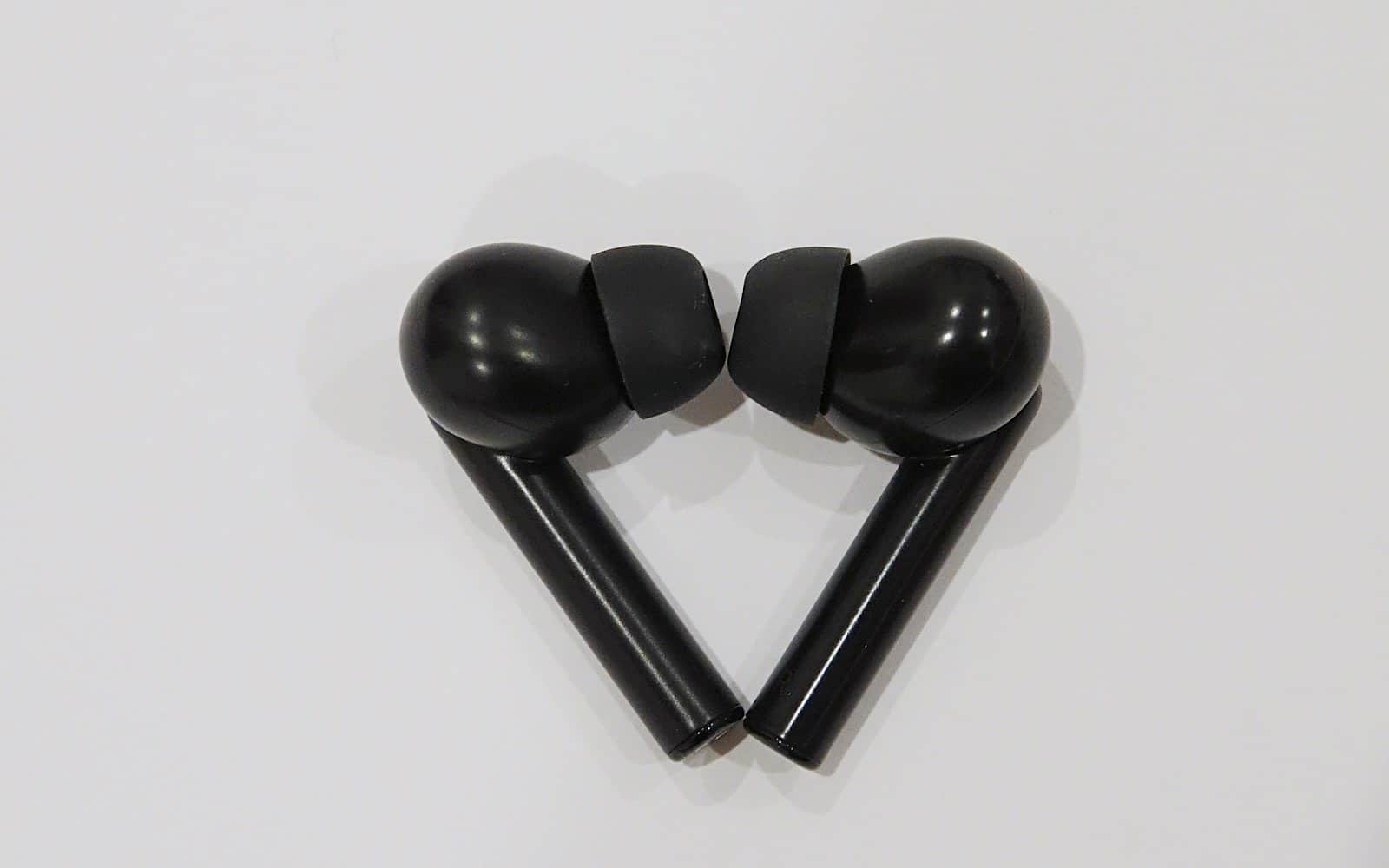 Realme’s play for a pair of affordable noise cancelling earphones is one of its best efforts yet, but it’s not without flaws. Fitting them is not going to work for everyone, this reviewer included.

While there’s not a lot of personality on offer in the Realme Buds Air Pro, the sound is reasonable for folks who love bass and the result is fair. The problem may stem from the comfort and a lack of overall detail, because if you can get past that, they’re not bad. If you can’t, well you can’t. Honestly, if they fit, there’s value, and if not, we’d look elsewhere. 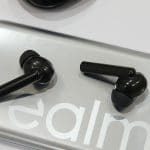 Realme Buds Air Pro
Design
Features
Performance
Ease of use
Battery
Value
The good
Decent sound for folks who like bass
Style is in line with what Apple makes in the AirPods
High-speed low-latency mode made for mobile gamers
It has an app for Android (because not every pair does)
Probably the most affordable noise cancelling pair of in-earphones yet
The not-so-good
Sound lacks detail
Comfort is hit and miss with abnormally bulbous earpieces
Noise cancellation feels very under where it should be, letting a lot of noise in
3.3