Security cameras are common enough that more homes have them, and often without wires. Google’s entrance in the category follows that, but connects them to your Google Home. Is it a connection worth diving into?

Clearly not a small area, you can find cameras from the likes of Arlo, Ring, D-Link, Swann, Uniden, and others we’re probably missing, with Google joining with a circular device that feels like it has popped right out of a Pixar animation about security cameras that have gained personality. 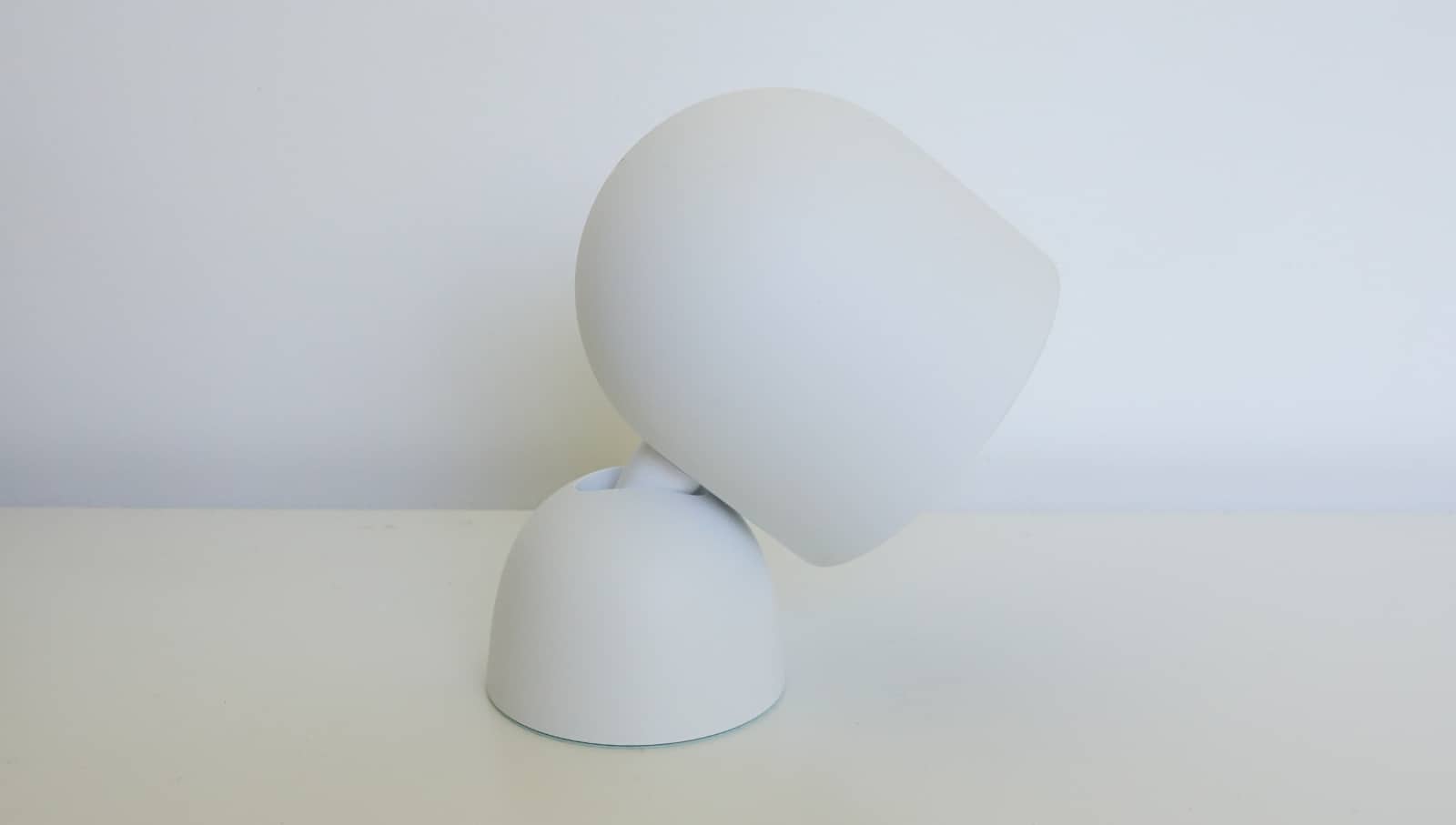 Google’s Nest Cam is a weather-resistant camera made for either outdoors or indoors and includes a battery, though it’s hardly a long term battery and will run for anywhere between three hours and several months dependent on how many events there are. It comes with a magnetic back and a mounting plate for the wall, but if you want to see it set up on a desk or shelf, you might have to opt for the optional desk stand, which keeps it plugged in and charged, making it ideal for indoors, as well.

Inside, there’s a 2 megapixel sensor for the Nest Cam, working with a 130 degree field of view, supporting Full HD only with HDR and night vision, plus capturing audio using a microphone but also allowing you to speak through it with a speaker built into the body.

While the sensor is relatively low end, the technology used to capture and analyse events isn’t, with motion detection key to what makes the Google Nest Cam tick, thanks to on-device machine learning to analyse what’s in the scene and tell you about it.

You’ll need the Google Home app to make use of the Nest Cam, but if you have a Google Nest Hub smart display, you can also get notifications through that. 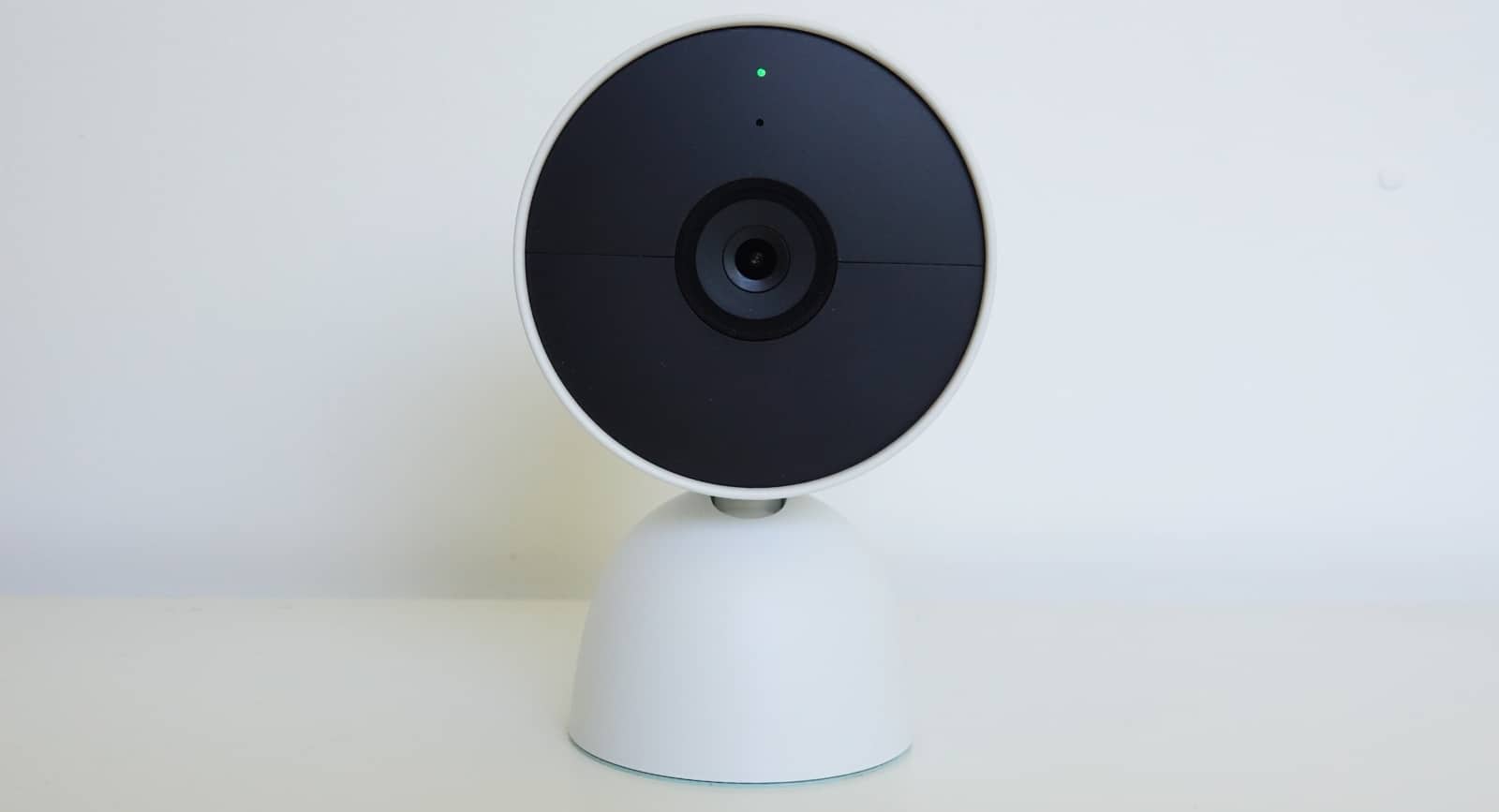 Built to act as a security system for your home, the Nest Cam can work indoors or outdoors, and includes a battery to keep it going. You can stream the video live from your phone and depending on the type of Nest Aware plan you have, scrub the timeline back to see things that have happened, with plans supporting as much as 24 hours of recordings and 30 or 60 days worth of events.

The crux of what makes Google Nest Cam worth checking out in the security camera world is the on-board processing, which analysis the images to work out whether you’re seeing people, animals, and vehicles, all happening on-device and able to monitor events to determine quickly.

If monitoring your home for events is what you’re buying a camera for, there are ample reasons to consider the Google Nest Cam, most of which come from its analysis, not least of which is its durability.

In a surprise twist, one of our Nest Cam review units took quite the drop and tumble, falling from a good metre and emerging without the faintest scratch, giving you an idea just how much strong a durability this thing has.

While a solid design is one part of the equation, the more important part is the actual use of the camera itself, which relies on processing the images inside the camera. Google is no stranger to machine learning, and here the technology works a charm, telling you whether something is going on, and sending that information to your phone or smart home device. 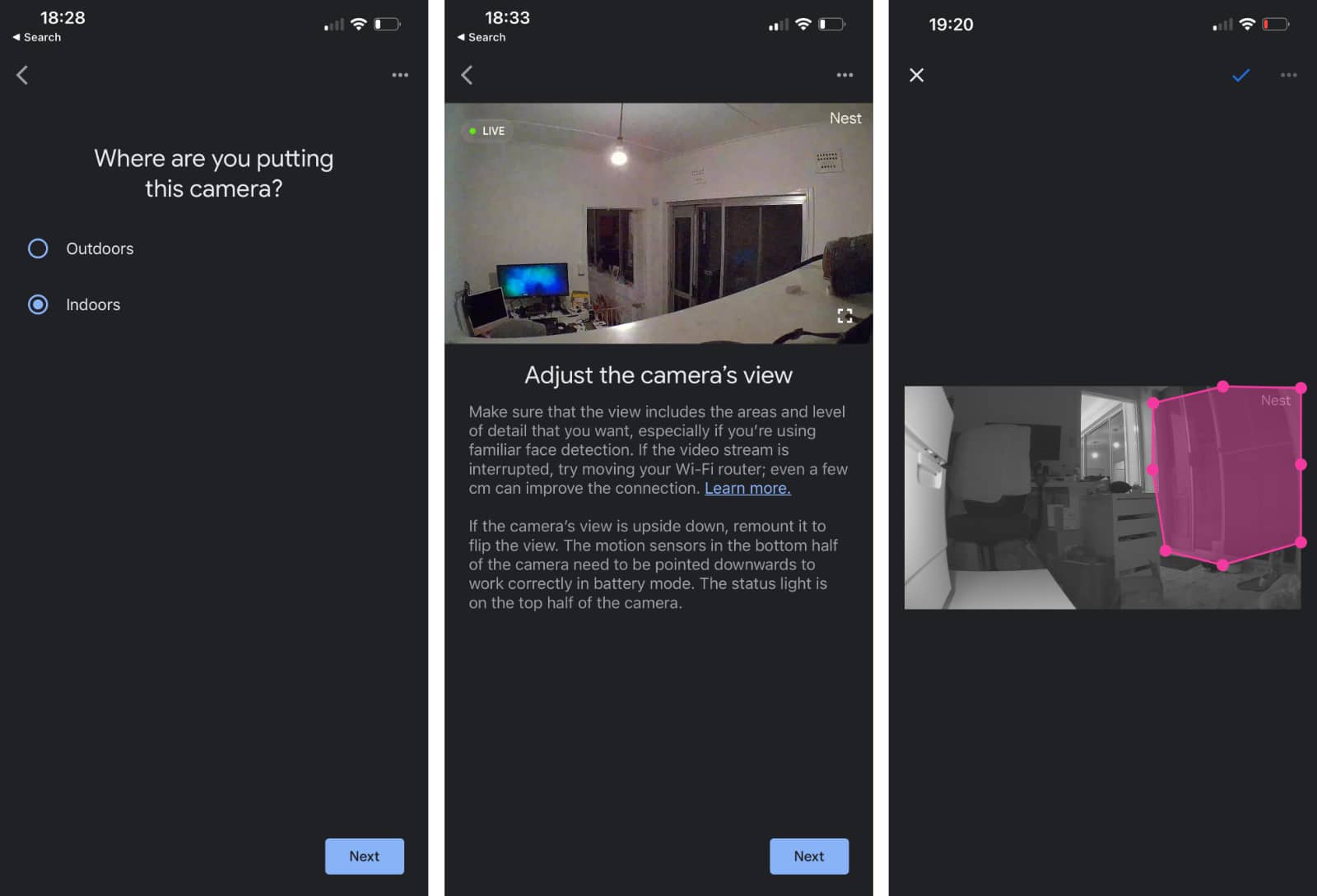 But while Google’s attempt on the security system is a solid product, it lacks some of the things other security systems have, some of which are genuinely surprising.

For instance, you get an on and off switch in the app, but no way to schedule when the camera is running. Rather, it’s always on and always recording, which can be a little silly if you only want it to fire at certain times.

Not every manufacturer has managed to get this right, so Google isn’t alone. Arlo’s scheduling is a little messy and doesn’t always work as expected, while Ring still doesn’t quite offer scheduling, but does offer an easy shortcut for turning its cameras on and off. With Google’s Nest Cams, however, you kind of have to dive into layers of menus to turn them on and off, or talk to your Google Assistant and hope it knows what you’re talking about.

The camera itself does a decent job of tracking, able to identify what you’re looking at, but it doesn’t know everything. It can’t identify a baby calling out or the temperature in the room, and really seems only suitable for working out what it’s looking at, not what it’s listening to.

Granted, that’ll make it ideal for many situations, but not working as a baby monitor, which seems like a bit of a sad oversight for what is otherwise an excellent camera system. We suspect it’s only a little bit of smarts Google really has to cater for, and find it a little less smart that Google, well, hasn’t.

Our other quibble with the Google Nest Cam is what you get for the cost of the camera itself, which doesn’t really cover much at all: you get a camera. Yay? 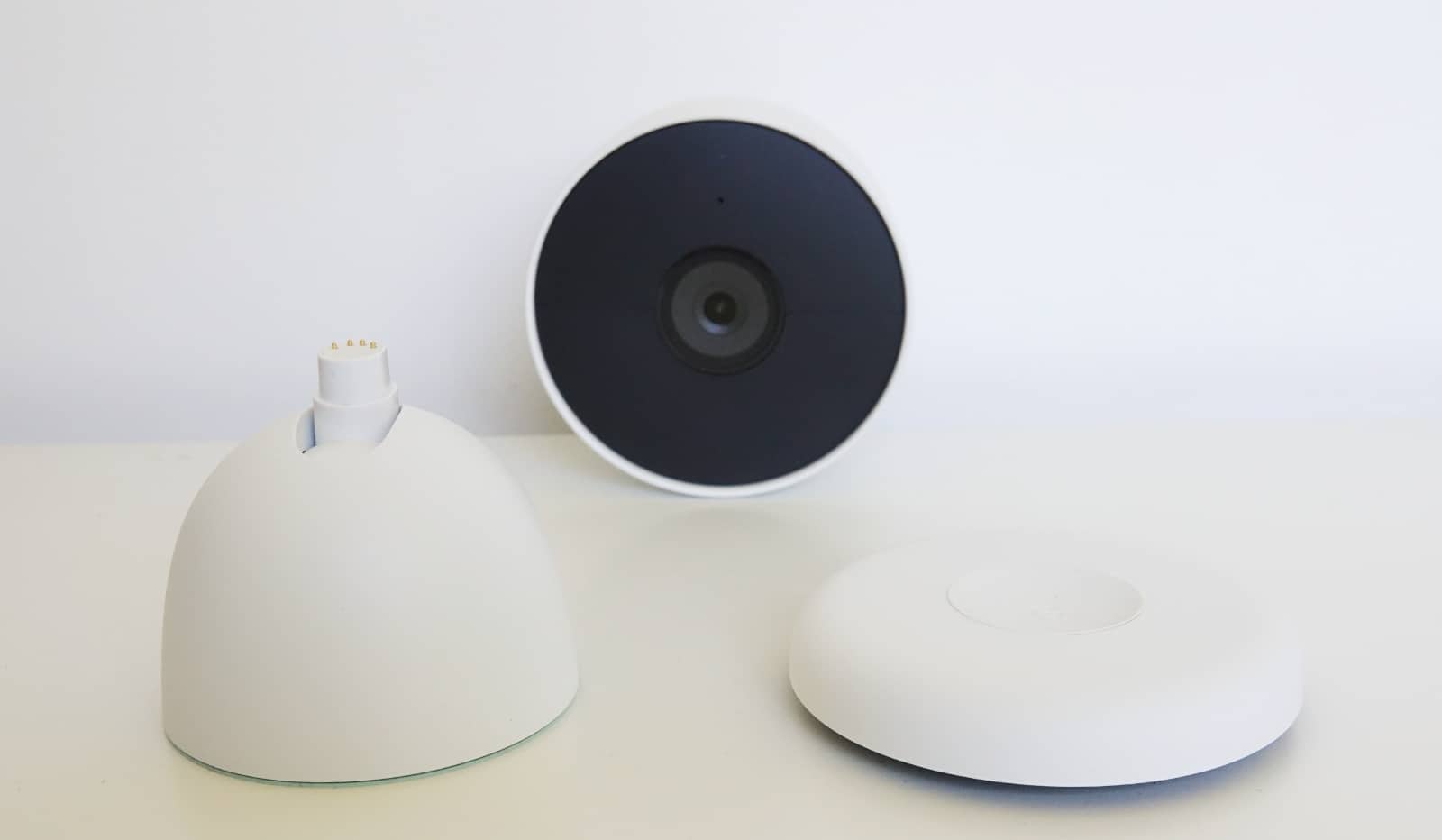 You unfortunately don’t get much of the service, with the Nest Aware 30 day trial being quite handy for seeing your update, but not getting much more than a three hour log once the trial is over. That’s it: three hours.

No footage in the cloud from even the past 24 hours, just the previous three. It’s actually quite staggering how limited it is, and how you’re basically being asked to hand over more money with the camera, something that isn’t totally out of kilter from other providers, mind you, but still frustrating all the same.

New Arlo Pro cameras and doorbells don’t have cloud recording on the free plan, while older cameras do, though the base station may be able to save events locally to a microSD card if you have the 4K models, anyway. Meanwhile, D-Link’s Omna also supports the microSD card local storage trick, as do other D-Link cameras, meaning you’re not tied to a plan. Google’s cannot, as the cameras are totally WiFi.

That can add up quickly, and means that while one camera and plan is going to set you back a minimum of over $400, the two pack — which costs $619 — is closer to $700 minimum, but more like closer to $900 if you want the service to be properly useful for the first year.

As such, it makes the Nest Cam one of the more expensive wireless security camera systems on the market, and one we’re not sure is entirely worth the cost.

While the technology is strong, the cameras are only Full HD in a world that is more or less moving to 4K, something that has been in competitor cameras for a number of years now. Ring meanwhile can find sonar technology in some of its tech, but Google is just going with Full HD and computational analysis. That’s not bad, and certainly nothing to cry over, but you can’t help just want a little bit more here. You don’t even get the stand in the box, with costs another $59 in Australia. 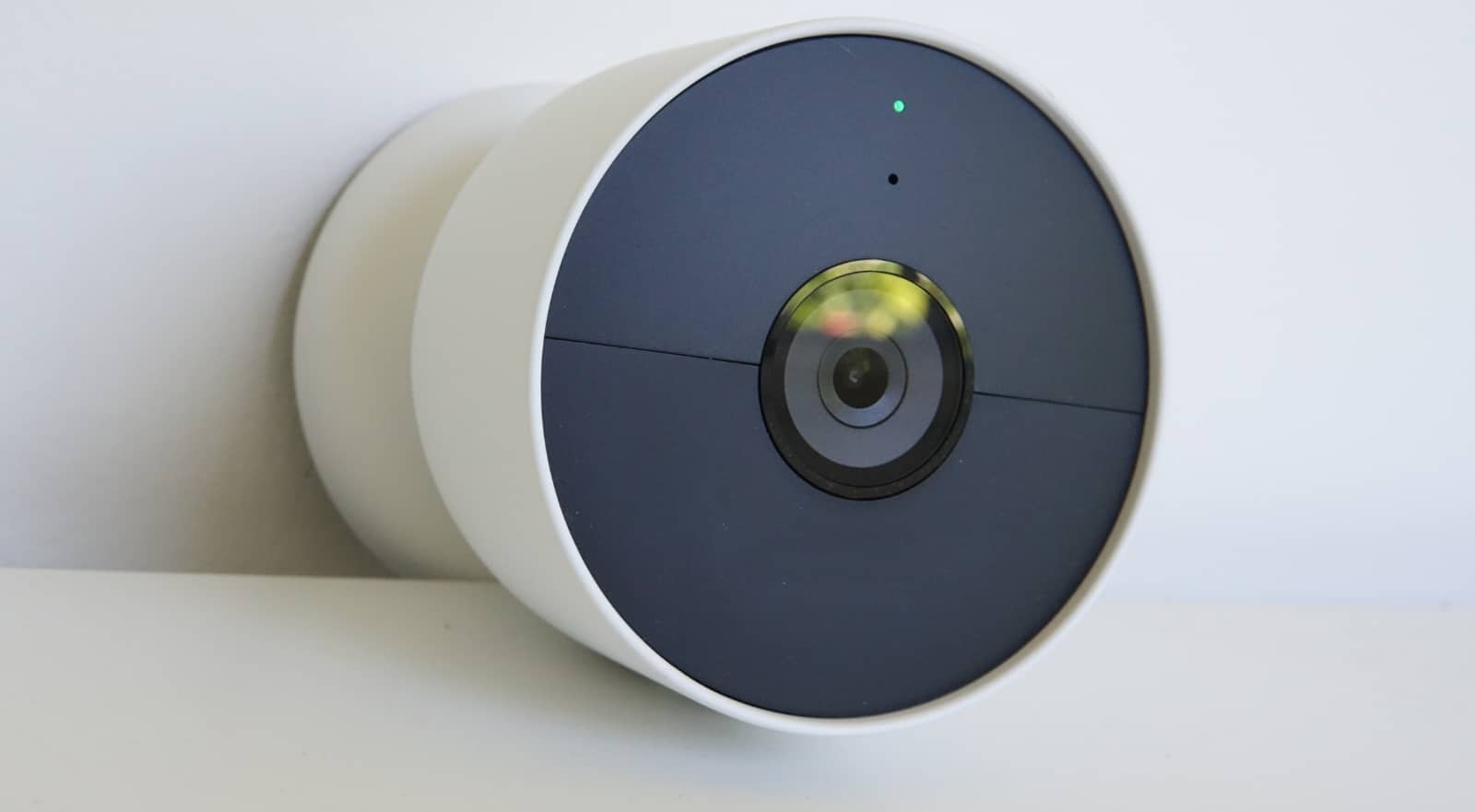 A costly but durable device, Google’s Nest Cam offers up a solidly built take for the home security world, but one that really comes with a noticeable cost. One camera plus the plan will set you back nearly $500 for the first year, and it’s an ongoing cost overall. The more cameras you buy, the better the value, but overall, the Nest Cam isn’t cheap.

Given that Google has made a pretty high quality device, we’re not sure that’s unfair, but while the technology is strong, you can’t help but feel you should get more. The full HD imagery could be 4K, and this could handle more detection, such as specific sounds you might get in the home. Hey, for the price, we’d love it if you could schedule when the camera turns on and off, because even that feature is missing in action.

Ultimately, there are lots of reasons to love the strong and sturdy Nest Cam, but we’re not sure if value is one of them, because it can feel sorely lacking in this way.

If you’re living in the Google ecosystem and want to make sure your cameras are as robust as Google smart displays you might have, the Nest Cam could well be worth checking out. Otherwise, we’d probably wait for the next version, or at least a software update that fixes everything else, as well. 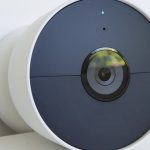 Google Nest Cam (Battery)
The good
Lovely sturdy design that can take a beating
Can be used indoors or outdoors
On-device processing means images stay with you and aren't shared
The not-so-good
Always running and lacks scheduling
While it can identify some things, it doesn't get everything
Free plan offers little in the way of video history, and means you'll almost definitely need to pay a regular fee
Seems more expensive than rivals
3.5