Your phone can offer good sound, but if you demand better, great sound needs great hardware. Fortunately, Astell & Kern’s Dual DAC cable might help with that.

Carrying high-res audio isn’t always easy. It’s hard enough to find high-resolution in Australia as it is, but once you have — once you’ve plonked down the money for either the high-res files or the streaming equivalent — you need the good headphones and the device to play them with.

You can opt for high-res media players, but they typically sit on the far side of expensive, and then you have to remember to use them over your phone. These days, that’s a bit of a hard ask.

With the number of things our phones do, you probably won’t be surprised that the dream is to have this technology added as one of the many things the mobile supercomputer we keep with us can do. Your phone is already very likely your media player, as well as everything else, so making it a slightly more impressive media player would make a lot of sense.

Some are already, mind you: LG’s V50 included a quad DAC delivering support for high-res audio with plenty of power, but that was just one phone, and the follow-up never arrived locally.

What if you wanted to bring this technology to your phone in a small size, keeping everything pint-size and not being limited by the type of phone you had?

Astell & Kern has a solution for that in the Astell & Kern Dual DAC Type C USB cable, though it does apply some limitations, small as they are.

What is the Astell & Kern Dual DAC cable? 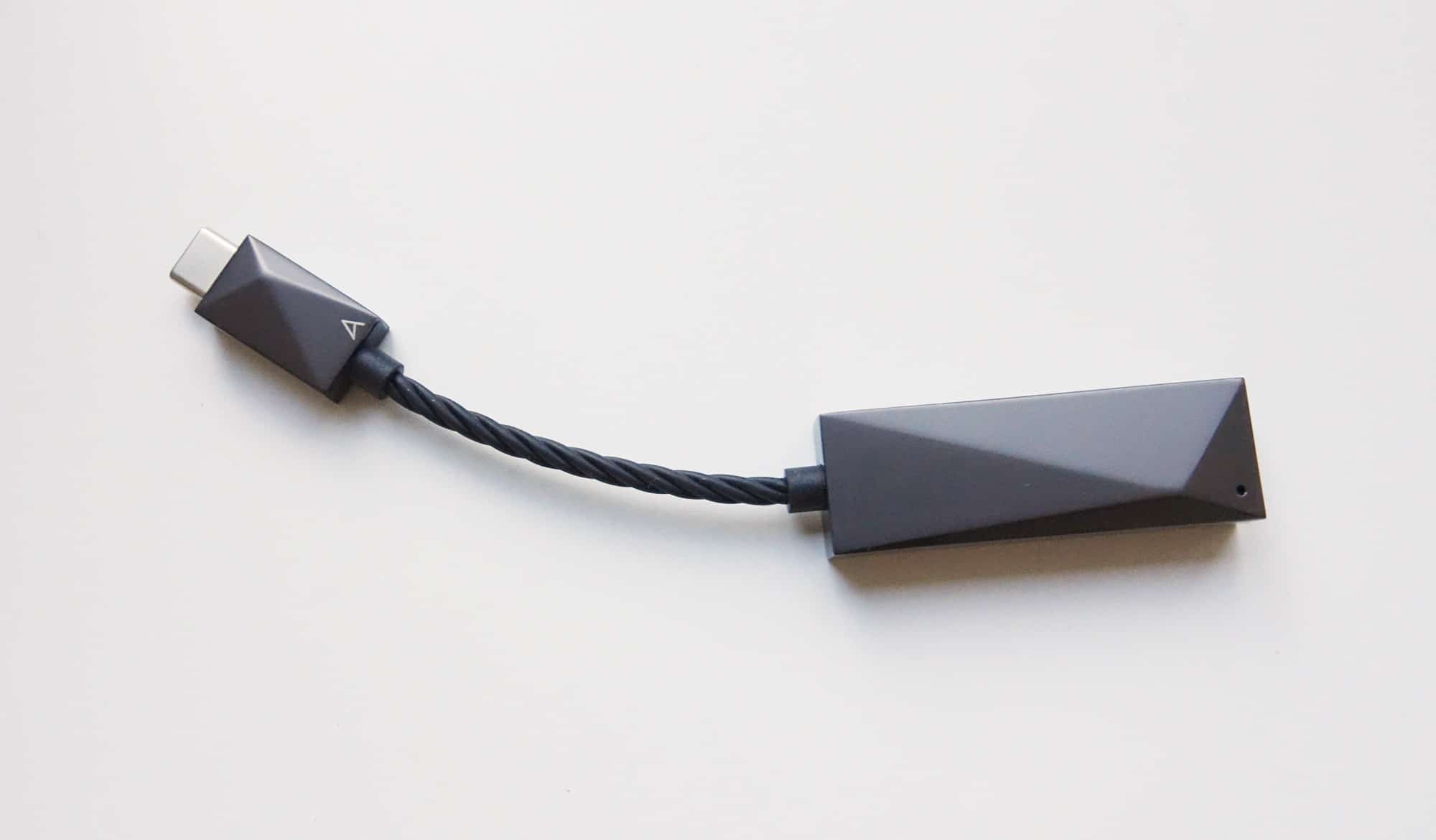 Essentially a sound card in a cable, Astell & Kern’s USB-C Dual DAC Cable takes the standard Type C to 3.5mm converter you’ve probably seen some with a phone in the past, and basically supersizes it, giving it more meat and bones.

It’s not only bigger, the A&K Dual DAC has more inside, with two Cirrus Logic CS43198 Digital-to-Analogue Converters (DAC), supporting up to 32-bit 384kHz, with DSD support stretched across DSD64, DSD128, and DSD256 if you happen to keep files that higher res in your life.

Weighing 25 grams, the cable is small, but marginally more hefty than your conventional Type C converter cable, which is often lighter.

What makes Astell & Kern’s cable bigger comes from the design element the company has encased around the tech, with a zinc alloy casing and a design motif holding all of this together. The cable itself is unique, too, wrapped in a spiral with silver-plated copper. 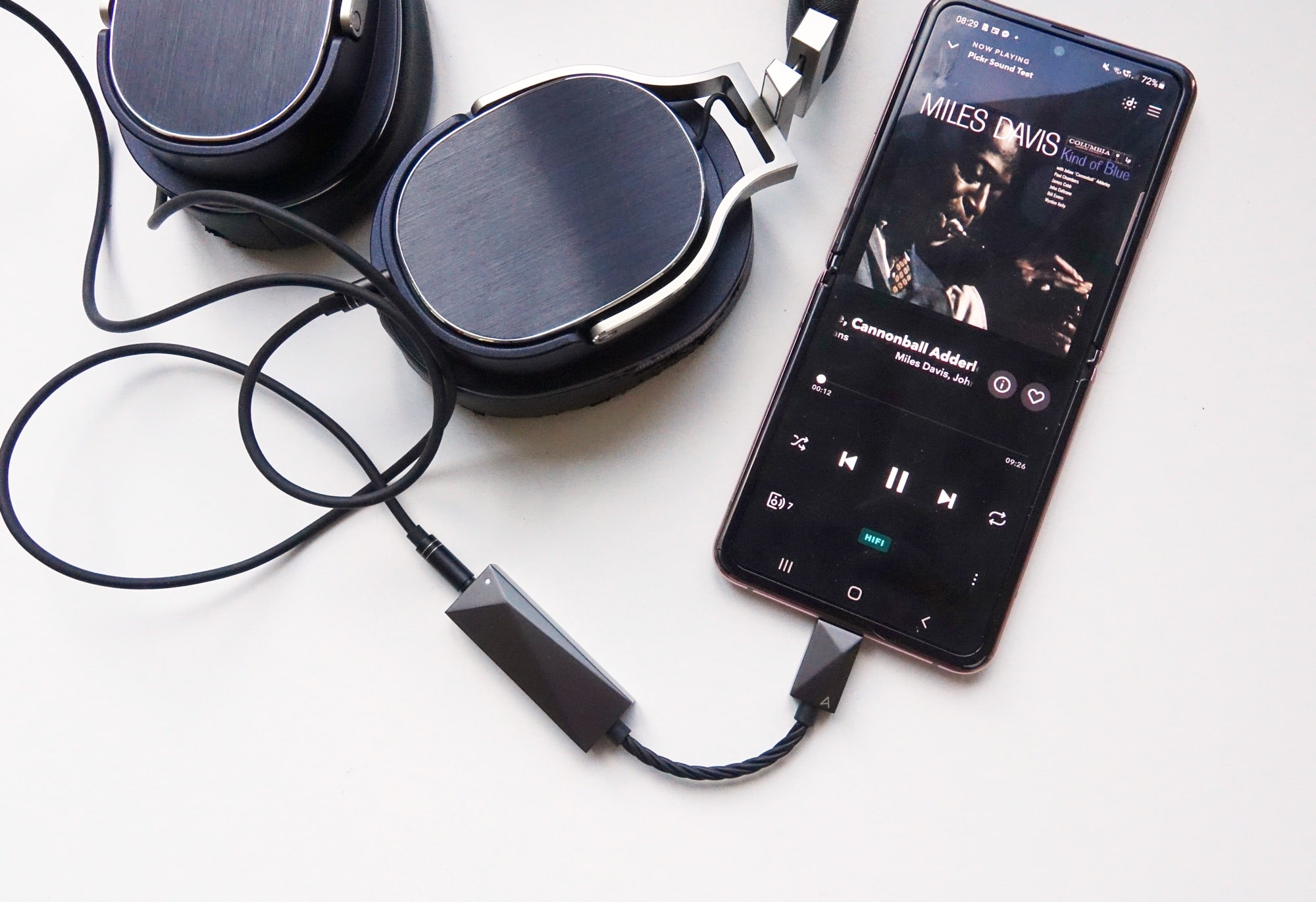 If this all seems like technical jargon, simply put, Astell & Kern’s Dual DAC cable is a cable that adds a new supercharged 3.5mm port to your device, upgrading the capabilities of a device you plug it into. Essentially, it bolsters a gadget with a Type C USB port by allowing it to play higher fidelity audio through converters made specifically to do that.

Built for Android phones and tablets, as well as computers of the Mac and Windows variety, the A&K Dual DAC is basically an upgrade of sorts. Your phone and computer already probably have a 3.5mm headset jack, or maybe a Type C port that can execute in one with the right plug. This cable does the same thing, giving you a 3.5mm port, but connecting it with DACs that support 24-bit and 32-bit audio.

If you listen to high-resolution audio or a streaming service such as Tidal HiFi, it means you can get the full breadth of what your audio is trying to convey, and not have to throw anything out.

Simply put, the Astell & Kern Dual DAC cable is an update for your phone and computer, giving more capability, handy if you have a big pair of headphones and like to listen to audio with more pristine clarity. 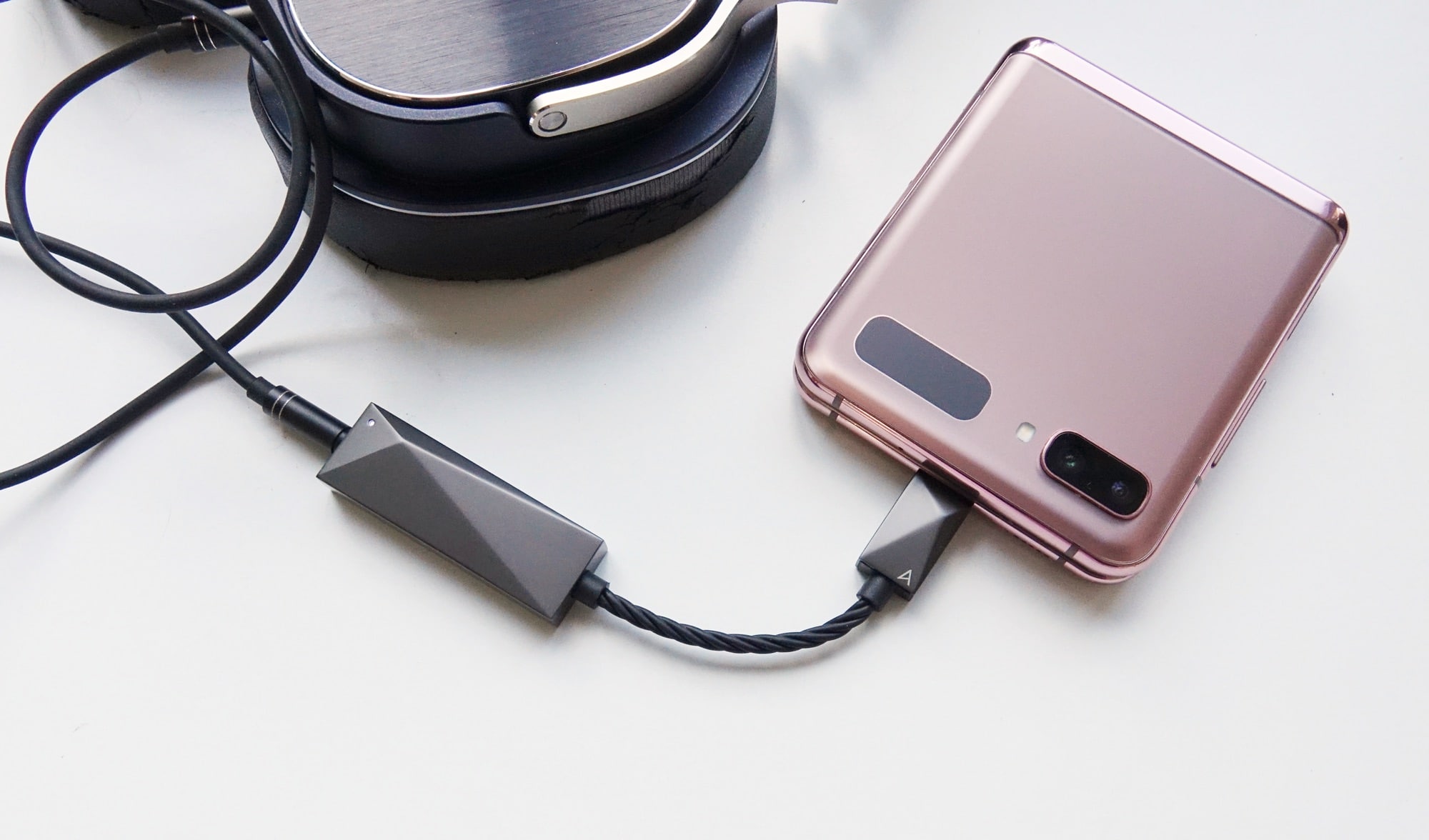 The good news about the A&K Dual DAC is that it’s remarkably easy to use, and works with Android phones, Android tablets, plus Windows and Mac computers that have a Type C port.

That’s the only major requirement here, with just a Type C port. From there, you can bring a pair of wired headphones you love, plus some audio that can take advantage of the tech, and your phone will shine.

Testing it with two pairs of headphones — the Oppo PM-3 and Blue Ella Planar Magnetic — we were treated to more a strong burst of sound easily driven by the cable, offering vibrance aplenty here.

In many ways, it’s the conversion to a high-res media player we can apply to almost any Android phone we review, now that Type C USB has become the standard port on devices, ubiquitous as it is.

We still love our old Astell & Kern media player, the AK Jr, but the Dual DAC cable allows us to bring this better quality sound to our computers, plus almost any phone or tablet. 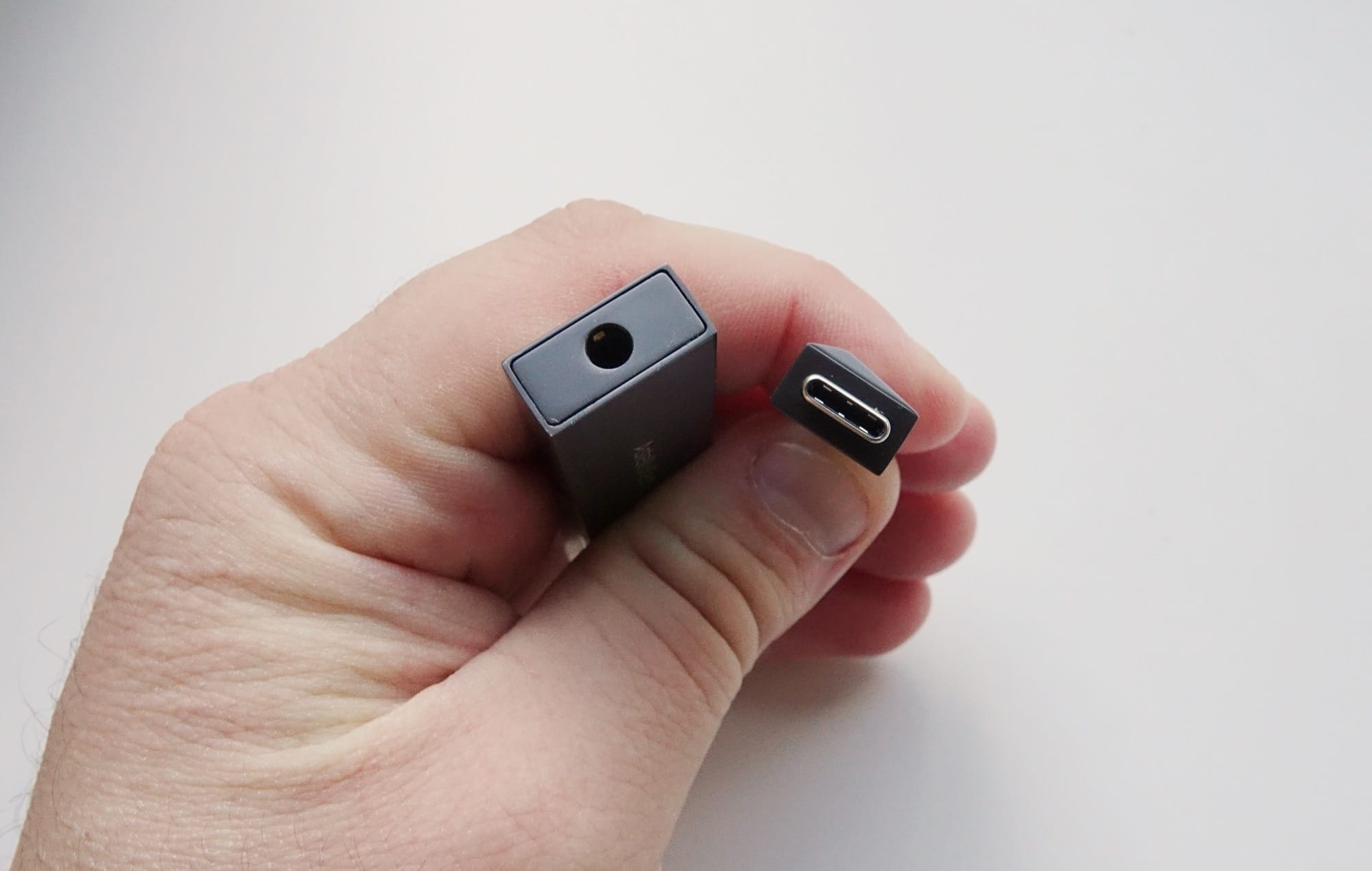 “Almost” is the operative word here, however, because Astell & Kern doesn’t have the technology working on the iPad, even though both the iPad Air and iPad Pro support Type C to charge from.

Officially, A&K says the cable requires more current than iOS devices allow, so the Dual DAC cable doesn’t work on iOS devices with a Type C port, and obviously there’s no Lightning version, so no luck there.

That’s really what the cable needs, because while it works a treat on Android, Windows, and Mac, we’d love to see it working on the iPad Air or iPad Pro.

You can get specialised amps for the iPhone, mind you — Oppo Digital used to make one, and there are plenty of others out there — but they typically add a fair amount more heft than the tiny cable Astell & Kern provides here. 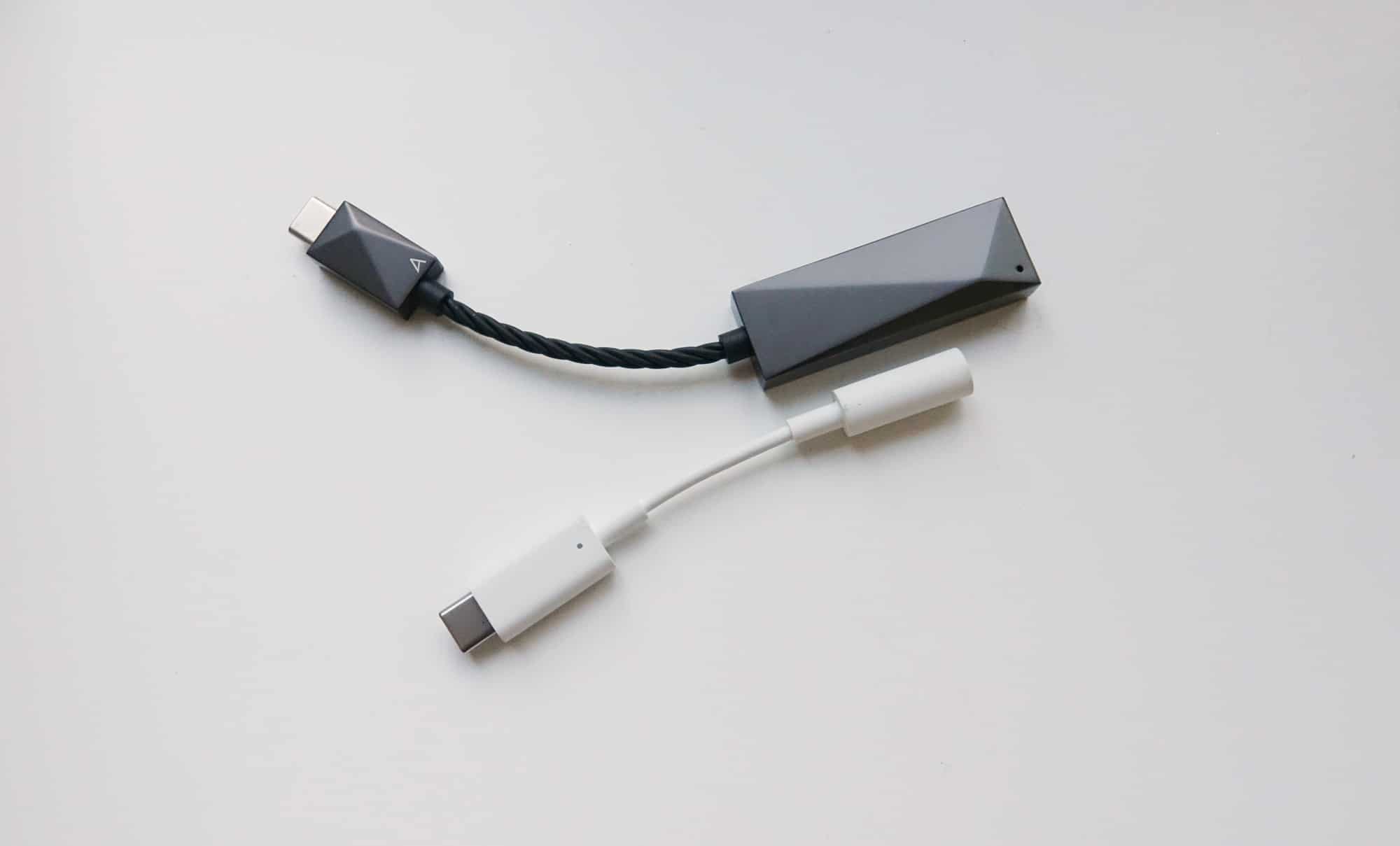 Fortunately, that’s such a small thing to be worried about, and at $169, the Astell & Kern DAC cable might just be the easiest way to upgrade the sound of your device to something bigger, better, and stronger overall.

It won’t be for everyone, and $169 may seem like a lot to pay for a Type C to 3.5mm converter, especially when they typically only cost about ten bucks (and might even come with your phone), but if you’re looking to guarantee the strength of what you’re getting out of your phone or computer, this makes sense. 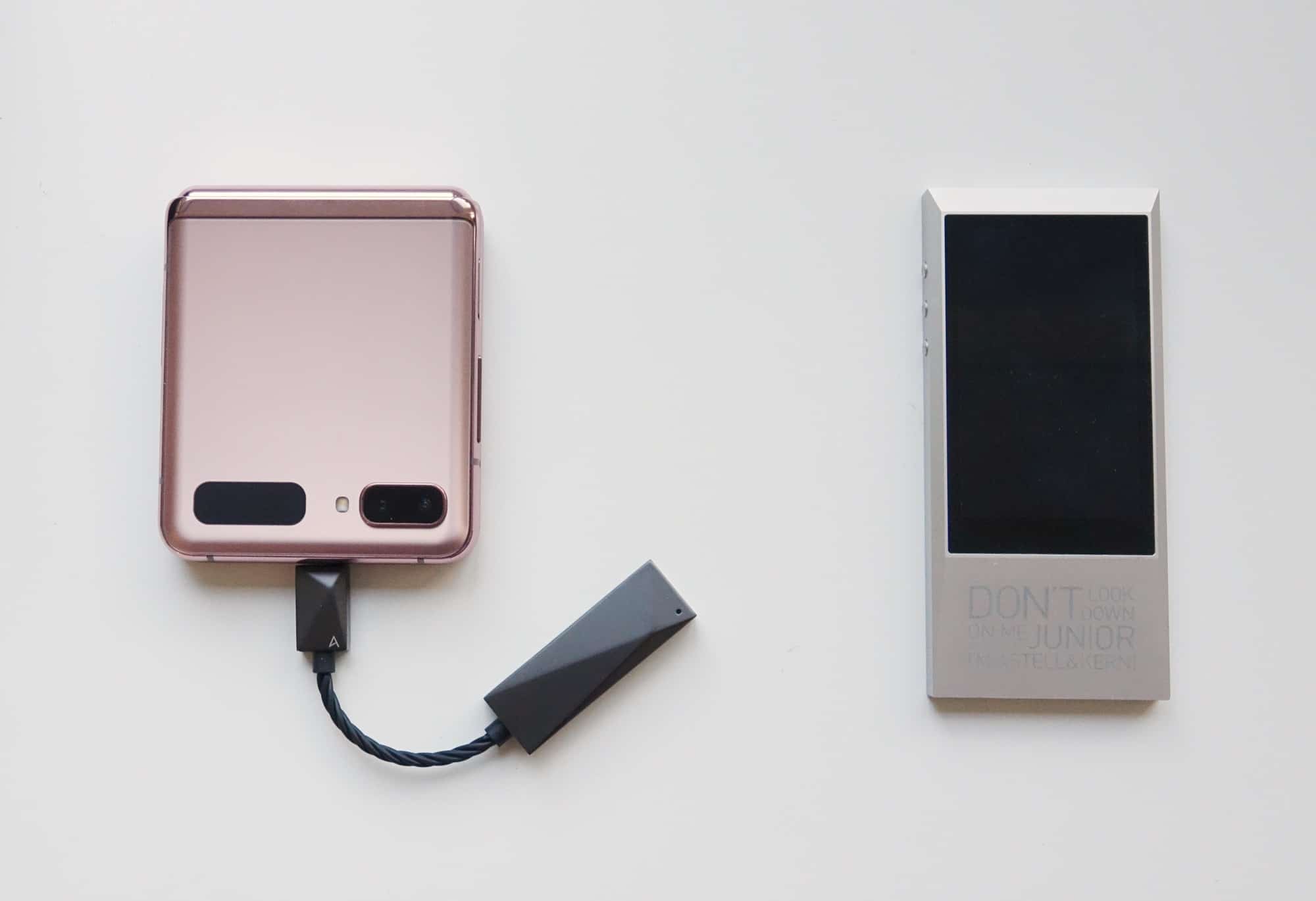 At $169, the Astell & Kern Dual DAC cable won’t be a gadget everyone will be eyeing, or even ear-ing, if that’s even a thing. But if you’re looking to bring the magic that is high-res audio to a phone or computer, because you don’t want to spend extra on a high-res media player, nor do you think you’ll carry it with you, this thing makes sense.

Frankly, we’d prefer to carry a phone and this cable rather than a phone and another media player, not just because of convenience, but because it means we’re only using the one device. Plus an Android phone can handle most of the formats and streaming services we require, we’re just yearning for better sound quality, which this cable provides.

The cost might be a little over what some would pay, but when high-res media players are known to cost over the thousand dollar mark, the $169 price tag makes some sense, especially for the convenience being offered.

With a small design and a big emphasis on sound, the Astell & Kern Dual DAC cable is a convenient upgrade for the mobile audiophile. Highly recommended. 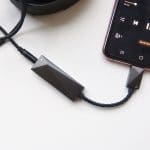 Astell & Kern USB-C Dual DAC Cable
The good
Small and easy to use
Sounds great
Plug and play and works without fuss
The not-so-good
Doesn't work with iOS
A touch expensive
4.5